Then the Packers’ medical staff told him not to put any weight on the ankle and sent him to the locker room riding shotgun in a medical cart.

“It was weird. It didn’t really feel bad, just kind of putting some weight into it and (then the trainers) just told me no,” Bakhtiari said after missing Monday’s practice. “That’s was kind of (why) I was worried.”

As it turns out, he didn’t really have much to worry about. As he’d said in a text message Sunday, Bakhtiari avoided major injury and, barring an unexpected setback, should have plenty of time to get himself ready for the Sept. 9 regular-season opener against Chicago.

He’s unlikely to play in Thursday night’s preseason opener against the Tennessee Titans at Lambeau Field, but who cares about preseason anyway when your position is well-established? “I mean, it’s just training camp. I’m just taking it day by day,” Bakhtiari said. “Obviously, it’s something you don’t want to have happen. Obviously, you don’t want to get hurt. But thankfully (it’s) nothing catastrophic, nothing that is going to derail anything moving forward.”

Bakhtiari didn’t think missing practice or game time with left guard Lane Taylor would be an issue — “I’m not really worried about getting reps with Lane (because) we’ve played long enough together,” he said — and didn’t rule out playing later in preseason.

The only real issue is how Bakhtiari’s availability would impact how much coach Mike McCarthy will play quarterback Aaron Rodgers during preseason. While McCarthy said Monday that Bakhtiari’s injury hasn’t impacted his plan for Rodgers “yet,” that could be because he doesn’t plan on playing Rodgers against the Titans.

Rodgers didn’t play in the preseason openers the past two summers, and it’s unlikely he’d play this week with Bakhtiari out and starting right tackle Bryan Bulaga, who was activated last week, also unlikely to play as he works his way back from reconstructive knee surgery last November.

Without them, Kyle Murphy took the first-team reps at left tackle Monday while Jason Spriggs got much of the right-tackle work.

“We’re all going to have to pick up the slack a little bit,” said Murphy, who started three games last season before suffering a season-ending foot injury. “It’s a great opportunity. A lot of guys are on 90-man rosters that would die for reps like that. … These reps at left (tackle) are priceless. I’ve been feeling good, feeling quick, feeling strong.”

New Milwaukee Bucks coach Mike Budenholzer celebrated his 49th birthday Monday with a trip to Packers training camp along with general manager Jon Horst, Wisconsin Herd GM Dave Dean and Bucks vice president of public relations Dan Smyczek. Midway through practice, Budenholzer checked in with another member of the Bucks front office — Rodgers, who was introduced as a minority owner during the playoffs.

“Jon and I just wanted to make sure we’re OK with ownership,” Budenholzer said with a laugh after practice. “We didn’t want to distract him from his real job. But he’s great and has been really supportive of the Bucks, and I’m excited to work for him and all the owners.”

Asked what he can pick up from visiting an NFL practice, Budenholzer replied, “Just the way they organize it and the way they get from drill to drill. It’s something that we try and do but when you see somebody at a high level like this and the way football teams (do it), they’re in and out of things, it’s impressive.”

The Packers’ top two draft picks of the past two seasons — cornerbacks Kevin King and Jaire Alexander — each missed practice. King sat out with a shoulder injury, but not to the same shoulder as he had surgically repaired last season. Alexander missed practice with a groin injury. He chalked his muscle pull up to being dehydrated during Family Night and said he’s not sure whether the medical staff will clear him for Thursday’s game. … Running backs Aaron Jones (hamstring) and Devante Mays (hamstring), wide receiver Trevor Davis (hamstring) and defensive end Mike Daniels (quadriceps) remained sidelined. … Tight end Jimmy Graham was slow to get up after Josh Jones broke up a Rodgers pass to Graham and the two collided as the ball arrived. Graham skipped a handful of plays but returned and caught a pass from Rodgers down the seam later in practice. … Mason Crosby and the field-goal unit had their first perfect day of camp, as Crosby made all eight of his attempts. Hunter Bradley and Zach Triner split the long-snapping responsibilities. … Punter JK Scott averaged 54.5 yards and 4.75 seconds of hang time on six punts, including a 63-yarder with 5.03 seconds of hang time to end the session. ... The Packers signed halfback Akeem Judd, who was with the Titans last year and spent time on the practice squad and active roster of the New York Jets last year. The team also placed linebackers Jake Ryan (knee) and C.J. Johnson (hamstring) on injured reserve, and released guard Ethan Cooper.

GREEN BAY – The refrain remains the same. And it figures to for as long as the much-discussed Aaron Rodgers contract extension remains an idea…

Updated: Tracking the Packers' major roster moves ahead of the 2018 season

Get caught up on who's in, who's out and who's TBD as the Packers make roster changes ahead of the 2018 NFL season.

Asked after practice if the injury was a major concern, Packers coach Mike McCarthy replied, “I don’t have enough information to answer that. I know it’s his ankle but that’s all I know.”

Mike McCarthy and Mike Pettine believe that maxing out the defense’s work against one of the best quarterbacks in the game would have long-lasting benefits.

A decade later after being booed, Aaron Rodgers thankful to ‘feel the love’ on Family Night

Ten years have passed since that Family Night in 2008 — when Packers fans booed Rodgers, and his predecessor, Brett Favre, watched from a luxury box at Lambeau Field.

Aaron Rodgers was clearly irritated that the young receivers in Tuesday's practice couldn’t handle executing their pass routes that were explicitly drawn on a card and shown to the players in the huddle before the play.

Jason Wilde breaks down the Green Bay Packers' preseason opener against the Tennessee Titans on Thursday night at Lambeau Field in Green Bay.

After up-and-down starting run, Packers' Brett Hundley has a clear mind — thanks to Machu Picchu visit

Hundley will get his first chance to show off his improvement during Thursday night’s preseason opener against Tennessee at Lambeau Field.

With quarterback Aaron Rodgers sitting out the preseason opener, the Green Bay Packers defeated the Tennessee Titans 31-17 on Thursday night a…

Packers quarterback Aaron Rodgers spent Thursday night observing from the sidelines as Green Bay opened the preseason with a 31-17 victory over the Tennessee Titans at Lambeau Field.

With Aaron Rodgers sitting out the preseason opener, the Packers began gathering evidence for their backup quarterback competition in earnest against the Titans on Thursday night at Lambeau Field.

Not only was Green Bay's new defensive coordinator playing without roughly half his starters, but he didn’t see the point of giving the Chicago Bears’ scouts much to go on in advance of the first game that really counts, on Sept. 9 at Lambeau Field.

Left tackle David Bakhtiari, who sprained his left ankle on Aug. 4, is expected to play in Thursday night's preseason game vs. the Steelers at Lambeau Field. 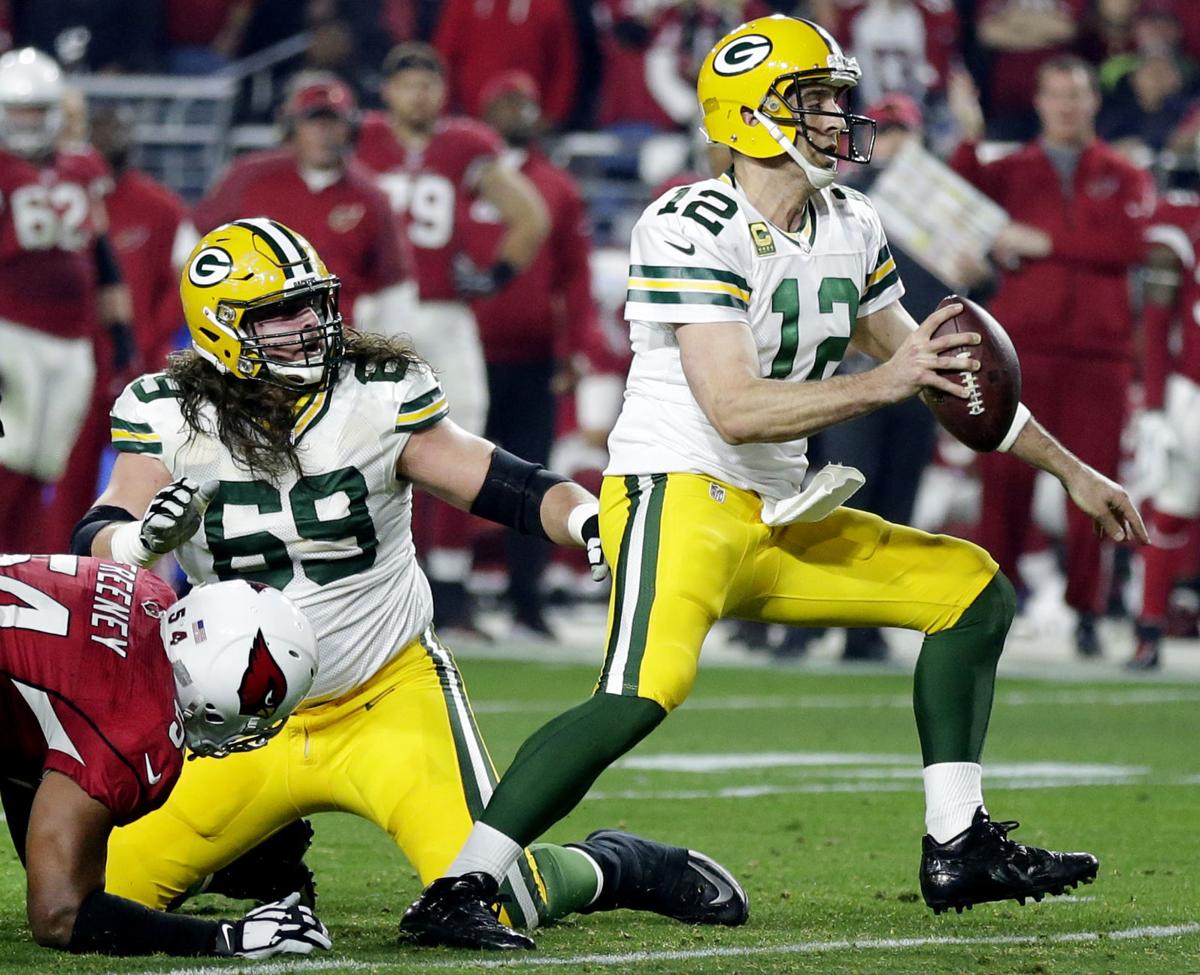 David Bakhtiari has been the Packers' starting left tackle since 2013, when he was drafted in the fourth round. 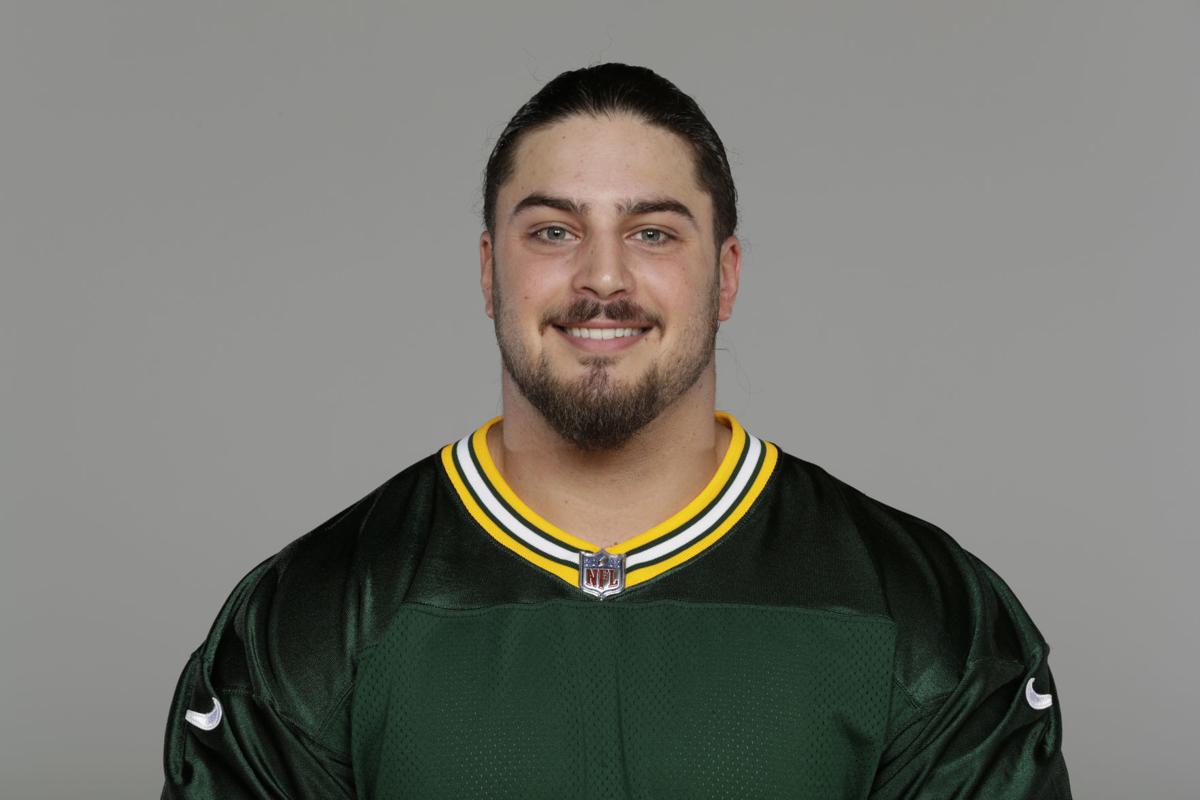