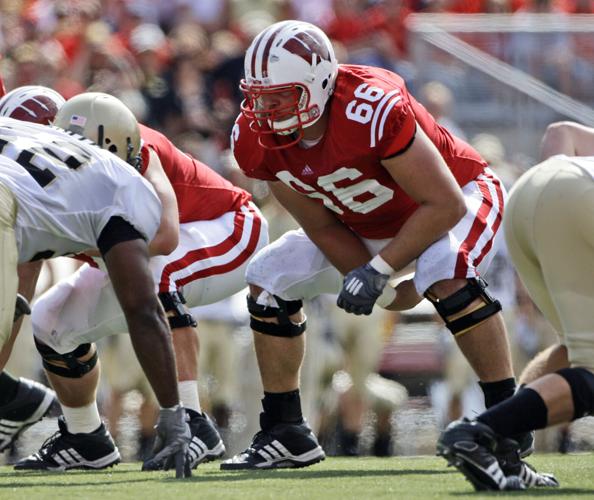 UW's Peter Konz was named a first-team All-American by AFCA and Pro Football Weekly in 2011. 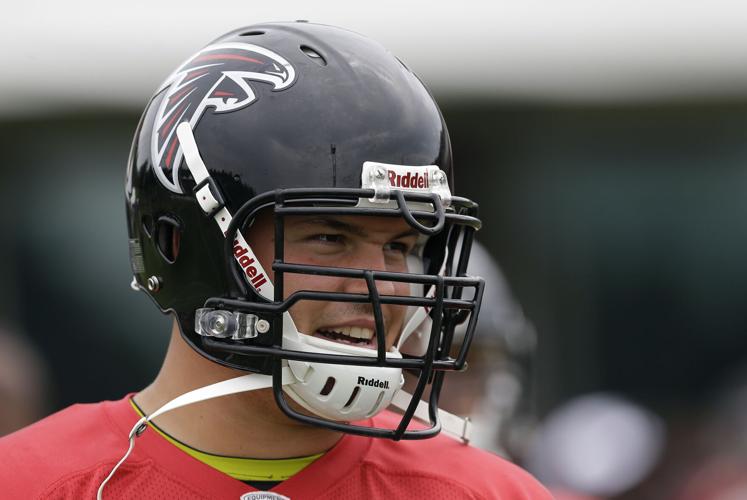 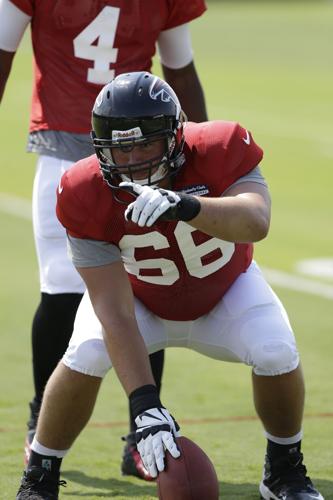 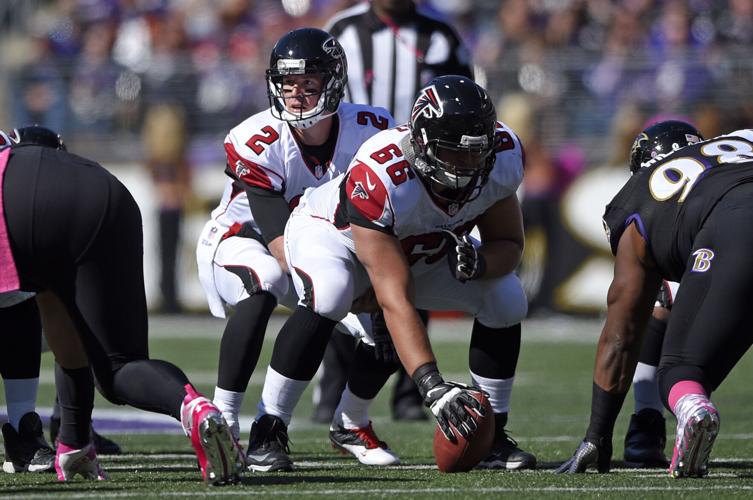 Falcons quarterback Matt Ryan lines up for a play behind center Peter Konz during a 2014 game in Baltimore. 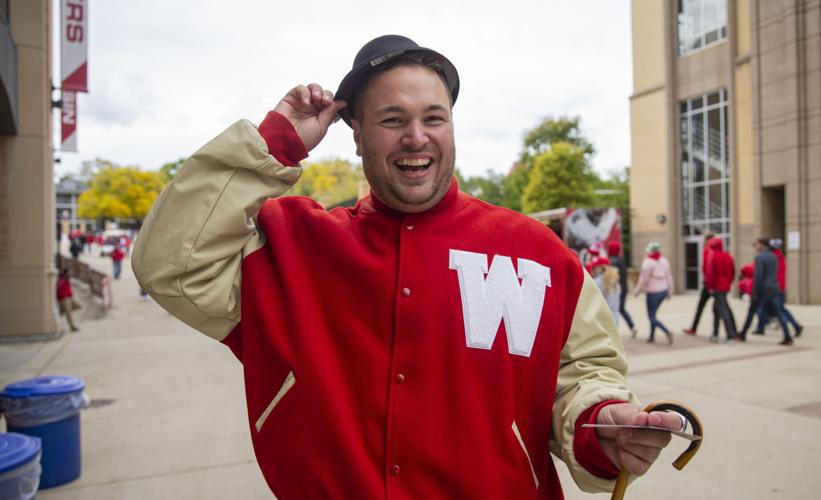 As a third-year law student in 2019, former UW offensive lineman Peter Konz took part in the annual cane-tossing ceremony before a game between UW and Michigan State at Camp Randall Stadium. 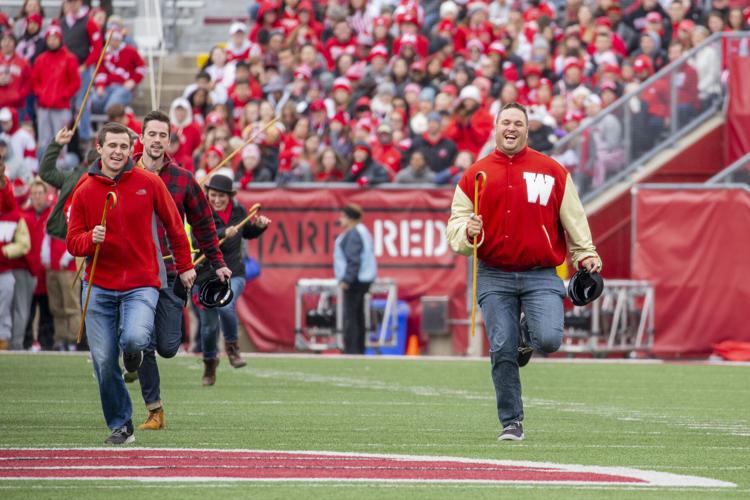 Former UW offensive lineman Peter Konz takes part in the annual cane-tossing ceremony before a game between the Badgers and Michigan State on Oct. 12, 2019. Konz was a third-year law student at the time.

Peter Konz didn’t grow up wanting to be a lawyer. The former University of Wisconsin standout offensive lineman laughs when that question is asked, the trademark and gleeful Konz chortle that was a hit among teammates, coaches and even reporters during his days with the Badgers making an appearance during a phone call last week.

No, this career path wasn’t part of some master plan for Konz.

“I wish,” he said. “It’d make such a better story if I had all my stuff together.”

This is where Konz sheepishly admits that, yes, he’d been told over and over during his time at UW to have a plan for life after football. And while he didn’t completely ignore that advice — Konz earned his degree before leaving the Badgers with a season of eligibility remaining — the Neenah native never really got around to coming up with a Plan B until his hand was forced.

That degree? It was in communication arts: radio, television and film, and Konz didn’t settle on that major because he had his eyes set on a career in broadcasting or Hollywood. He mainly wanted school to be fun because he knew he’d be putting in a lot of work on what was his primary focus at UW.

“Honestly,” he said, “my degree was in football.”

And that plan seemed to work out pretty well. He was a three-year starter at center for the Badgers and played on two Big Ten championship teams. After leaving school early and being projected as a first-round pick in the 2012 NFL draft, Konz slipped to the second round and was taken No. 55 overall by the Atlanta Falcons.

Konz missed three games with a dislocated left ankle during his junior season at UW, and that injury nagged him early in his NFL career. He started at right guard in the NFC championship game as a rookie and made 28 regular-season starts over 2½ seasons before sustaining a torn ACL in a game against the Baltimore Ravens midway through the 2014 campaign.

He made it through one more camp with the Falcons before they reached an injury settlement with him to get their roster down to the 75-man limit during training camp in 2015.

Konz’s body was too broken by that point to make an attempt at a comeback. He and his wife, Erin, sold their house and moved back to Wisconsin, where she resumed her teaching career while Peter tried to figure out what to do next while spending time with their son, Owen.

Weeks turned into months and Konz still didn’t have a plan.

“At that point, I was super lost,” he said. “I had no idea what I wanted to do. All I ever wanted to do was be a football player.”

Konz credits his wife for helping him “kick my butt into gear.” Erin describes herself as the gas pedal in this relationship, with Peter serving as the brakes. She likes to press forward while he takes his time and analyzes every move they make.

Jim Polzin: How Brian Gutekunst made the Packers better even while ignoring their biggest need

They together brainstormed career ideas and she brought up the option of going to law school. She knew he’d have to find something that would challenge him on a daily basis. Plus, he always seemed to find himself in the middle of debates.

“If you ever get into an argument with Pete, you better come prepared because he’s going to have 50,000 reasons as to why he is right,” Erin said. “We have fun with it.”

Konz took the Law School Admission Test (LSAT) and applied to both UW and Marquette. “I thought, ‘If I don’t get into one of those two, I guess I’m not a lawyer,’” he said.

Marquette accepted Konz, and he earned straight As his first semester. After a year there, he transferred to UW in 2018 and wrapped up his law degree in the midst of the COVID-19 pandemic in the spring of 2020.

Guess he was meant to be a lawyer, after all.

Konz works these days at the Brodhead location of Russell Law Offices and lives in Beloit with Erin and their three children. From contracts to probate to estate planning to research work, Konz, 32, is gaining valuable experience and trying to figure out where he wants to specialize.

As for football, Konz still has a hard time coming to grips with how it ended.

“It was really difficult to hear people tell me, ‘You did it, you made it,’ when I myself didn’t believe it,” he said. “I didn’t believe I did all that I could. I feel like I came up short where it mattered most to me.”

“Pete,” she said, “was always meant for more than just football.”

The Wisconsin football team had a productive 15-practice spring session. Here are four things that could improve the Badgers' outlook heading into the start of training camp in August.

Open Jim: What Wisconsin men's basketball returnees are in line to make the biggest jump?

Jim Polzin: Brewers showed who they could be in front of the first home crowd of the 2022 season

Craig Counsell warned that it's a long season and it's far too early to draw conclusions about his team. But the Brewers manager should have been encouraged by what he saw in a win over St. Louis in the home opener.

Open Jim: Is Graham Mertz the biggest wild card for Wisconsin football in 2022?

UW's Peter Konz was named a first-team All-American by AFCA and Pro Football Weekly in 2011.

Falcons quarterback Matt Ryan lines up for a play behind center Peter Konz during a 2014 game in Baltimore.

As a third-year law student in 2019, former UW offensive lineman Peter Konz took part in the annual cane-tossing ceremony before a game between UW and Michigan State at Camp Randall Stadium.

Former UW offensive lineman Peter Konz takes part in the annual cane-tossing ceremony before a game between the Badgers and Michigan State on Oct. 12, 2019. Konz was a third-year law student at the time. 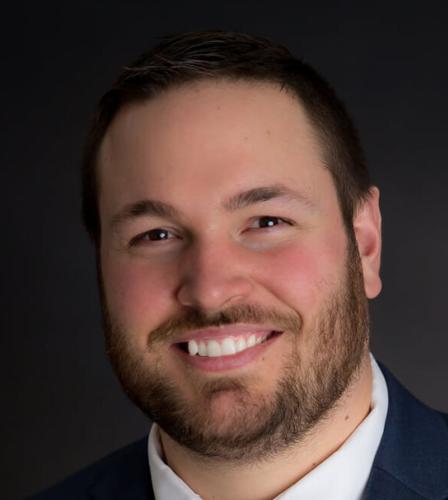