Virus in brief: Will you be home until April 30? And more about what to expect as we try to stop spread

GREEN BAY — Even with an offensive-minded head coach and a two-time NFL MVP quarterback closer to the end of the line than the beginning, the Green Bay Packers went for defense with their two first-round picks in the 2019 NFL Draft Thursday night.

Taking Michigan defensive end/edge rusher Rashan Gary at No. 12 overall and Maryland safety Darnell Savage at No. 21 after a trade with the Seattle Seahawks, Packers second-year general manager Brian Gutekunst fortified the defense rather than spending his top picks on weaponry for veteran quarterback Aaron Rodgers and new head coach Matt LaFleur.

“I do have an offensive head coach sitting to my left the entire day in the room,” Gutekunst joked late Thursday night after the first round ended at 10:53 p.m. Wisconsin time. “We’ll see how he is (on Day 2) as we get rolling.

“(LaFleur) was great, really supportive. Understood exactly what we were doing. … Football is the ultimate team game, and we’ve got to build this roster to be as strong as we can at every area. We’re going to try to take the best players available that we can (going forward). If there’s more defensive players that fall our way, we certainly have room for them.”

Before the draft, Gutekunst had said that his defensive free-agent additions in March — outside linebackers Za’Darius Smith and Preston Smith and safety Adrian Amos — wouldn’t preclude him from taking players at those positions in the draft. As it turned out, his first two picks were spent on those exact positions.

“It obviously was a focus of ours. We wanted to improve our defense,” Gutekunst said. “We’ve added a lot of bodies to it … and we’re really excited.”

The 6-foot-5, 281-pound Gary, who turns 22 in December, entered Michigan as one of the highest-rated high-school recruits in the nation but didn’t have massive production. He played in just nine games last season, missing three with a right shoulder injury, and finished the year with just 3.5 sacks, seven tackles for loss and 45 overall tackles for the Wolverines. He ran a 4.58-second 40-yard dash at the NFL Scouting Combine in February with a 38-inch vertical leap.

In a conference call with Wisconsin reporters after the pick, Gary said he had “minimal” contact with the Packers in the run-up to the draft before quickly adding, “But I’m happy to be a Packer.”

Gary was a hand-on-the-ground defensive end for the Wolverines, but Packers college scout Joe Hueber, who covers the Midwest, said Gary will start out at outside linebacker in Green Bay. That said, Gary also figures to move around in defensive coordinator Mike Pettine’s scheme.

“He’s got rare gifts — a guy that size that runs that speed and moves on his feet like that. And he can really bend,” Hueber said.

Asked why his athleticism didn’t translate to more production, Hueber replied, “He commanded a lot of attention at Michigan. Double teams, triple teams, taking on the tight end. Really, you saw in some of his teammates, they got freed up and they were able to (have) the production. It’s not like he wasn’t impacting the game. When you watch him, he was all over the place, taking on these blocks and getting a lot of pressure too.”

Gary said his right shoulder will not require surgery.

Shortly after picking Gary, Gutekunst went back to the phones and swung a deal with the Seahawks to move up and take Savage, whom he didn’t expect to last until the 30th overall pick.

Gutekunst sent both of the Packers’ two fourth-round picks — Nos. 114 and 118 — to the Seahawks to move up nine spots to No. 21 to take Savage, who should have every chance to start at free safety as a rookie. Asked if he’s up for that challenge, Savage said he is.

“A confident person would say that,” Savage said. “But at the end of the day, whatever role I'm assigned to, whatever I'm asked to do, I'm going to do it at the highest level."

He started his college career at cornerback but moved to safety after his freshman year, going on to start all 12 games each of his final three seasons for the Terrapins, registering eight interceptions and 22 pass break-ups.

“This is one of the better defensive drafts in a long, long time,” Gutekunst said. “It was a good day.”

Brian Gutekunst didn’t think the safety he liked best in the 2019 NFL Draft — Maryland’s Darnell Savage — was going to last until the 30th overall pick. So the Green Bay Packers' second-year general manager did something about it.

Even with an offensive-minded head coach and a two-time NFL MVP quarterback closer to the end of the line than the beginning, the Green Bay Packers went defense with the first of their two first-round picks Thursday night, taking Michigan defensive end/edge rusher Rashan Gary at No. 12 overall.

Tom Oates: Predicting how NFL draft's first round could play out

Before the 2019 NFL draft kicks off Thursday night in Nashville, take a look at Jason Wilde's series of stories looking at areas of need the G…

The Packers have two first-round selections — No. 12 and No. 30 — on Thursday night.

Guys just want to have fun: In Packers’ new world with Matt LaFleur, work can still be fun

In addition to playing music (at a relatively low volume) inside the Don Hutson Center throughout practice — instead of merely during water breaks — LaFleur has encouraged his players to enjoy their jobs as much as they can.

Packers' Cole Madison returns to football after a year away: ‘My life was on the line’

Speaking publicly Tuesday for the first time since not reporting to training camp last summer, the 24-year-old offensive lineman discussed the mental health issues that led him to stay away from the game while focusing on dealing with what he called “demons.”

With no picks until 3rd round, Bears figure to have quiet draft

For the first time since Ryan Pace arrived in 2015 to run the Bears, he will start the NFL draft knowing nothing will change about his team's direction by the end of it.

Although it seems unlikely the Packers will select a quarterback with one of their two first-round picks, the quarterback position is likely to have a major impact on their draft.

Packers GM Brian Gutekunst left the distinct impression during Monday’s pre-draft news conference that bringing Lock to Green Bay was about doing important background research — and not because he’s necessarily looking to use one of his first-round selections on Aaron Rodgers’ successor.

Asked what he saw in Amos when he watched the Chicago Bears last season, the former University of Maryland safety had a full scouting report at the ready.

After spending Green Bay's two first-round selections on defense, adding Michigan outside linebacker Rashan Gary and Maryland safety Darnell Savage, GM Brian Gutekunst moved to the other side of the ball to take Mississippi State offensive lineman Elgton Jenkins with the No. 44 overall pick Friday night.

The 6-foot-4, 251-pound Sternberger, who’ll turn 23 in June, was late to develop in college, starting his career at Kansas before leaving the Jayhawks and landing at a junior college, Northeastern Oklahoma A&M, before moving on to Texas A&M, where he caught 48 passes for 832 yards and 10 touchdowns.

Brian Gutekunst knows he has more work to do on the Green Bay Packers roster — both during Saturday’s third and final day of the 2019 NFL draft, and in the coming weeks and months before the Sept. 5 regular-season opener.

Jace Sternberger always wanted to play big-time college football. But as he languished on the Kansas Jayhawks bench for his first two college seasons, then landed at a junior college, Sternberger admitted he never imagined what happened to him Friday night.

After sitting out the fourth round to start Day 3 of the 2019 NFL Draft, the Green Bay Packers added Kingsley Keke, a defensive lineman from Texas A&M, with their first pick of the day, a fifth-rounder (No. 150) that gave them their second straight ex-Aggies player.

Ka’dar Hollman wanted so desperately to have a chance to play college football that he went on an email campaign in search of a scholarship – while working a variety of temporary jobs, from a bread factory to unloading Dunkin’ Donuts trucks to cutting meat for a deli.

When the Packers took Williams, a running back from Notre Dame, with the second of their two sixth-round picks (No. 194) on Saturday, it meant that they’ll also be getting his mom, who came to live with him in South Bend, Ind., after her son served a four-game suspension early last season.

After the Packers took him in the seventh round on Saturday, Summers will now have the opportunity to make Green Bay's roster as an inside linebacker — a position where the team isn’t very deep — and special-teams contributor.

In 2006, Williams' mother was diagnosed with myasthenia gravis, an incurable autoimmune disease that affects the muscles and the nerves, causing muscle weakness that can become severe enough to interfere with breathing and swallowing. 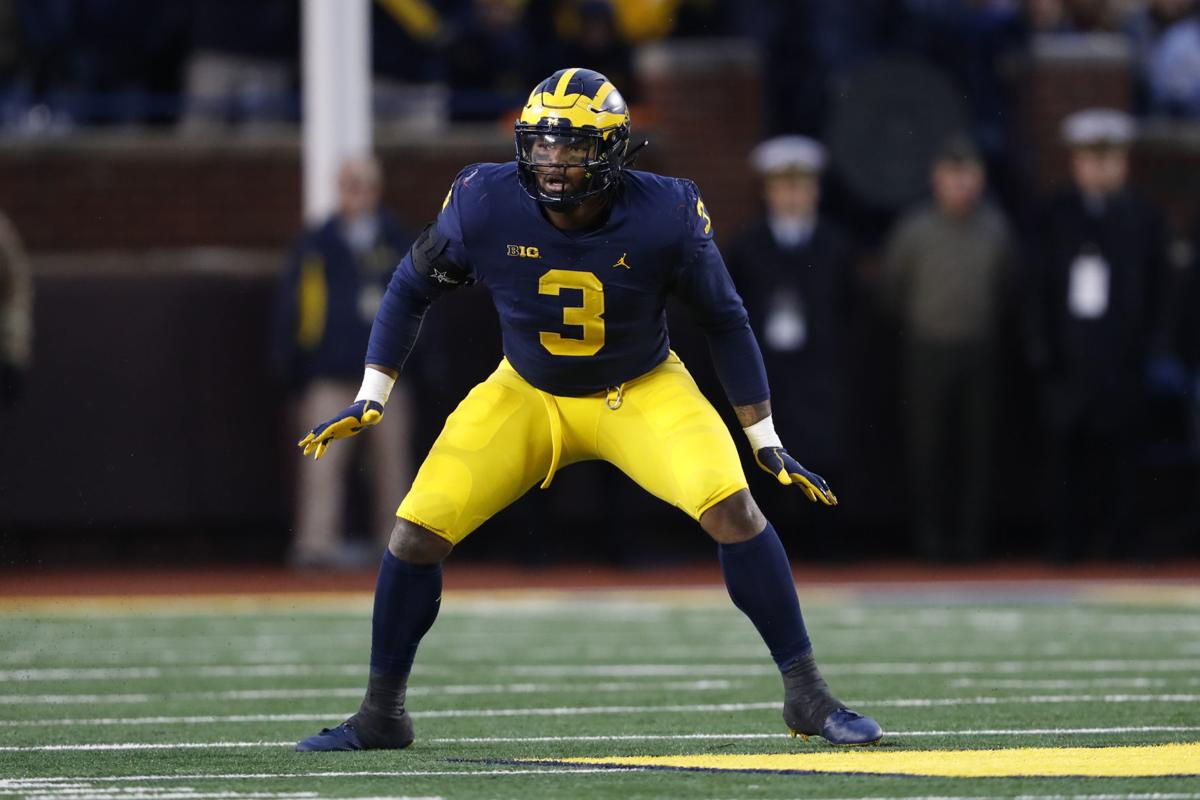 The Green Bay Packers drafted Michigan defensive end/edge rusher Rashan Gary with the No. 12 overall pick in the 2019 NFL draft on Thursday night in Nashville, Tenn. 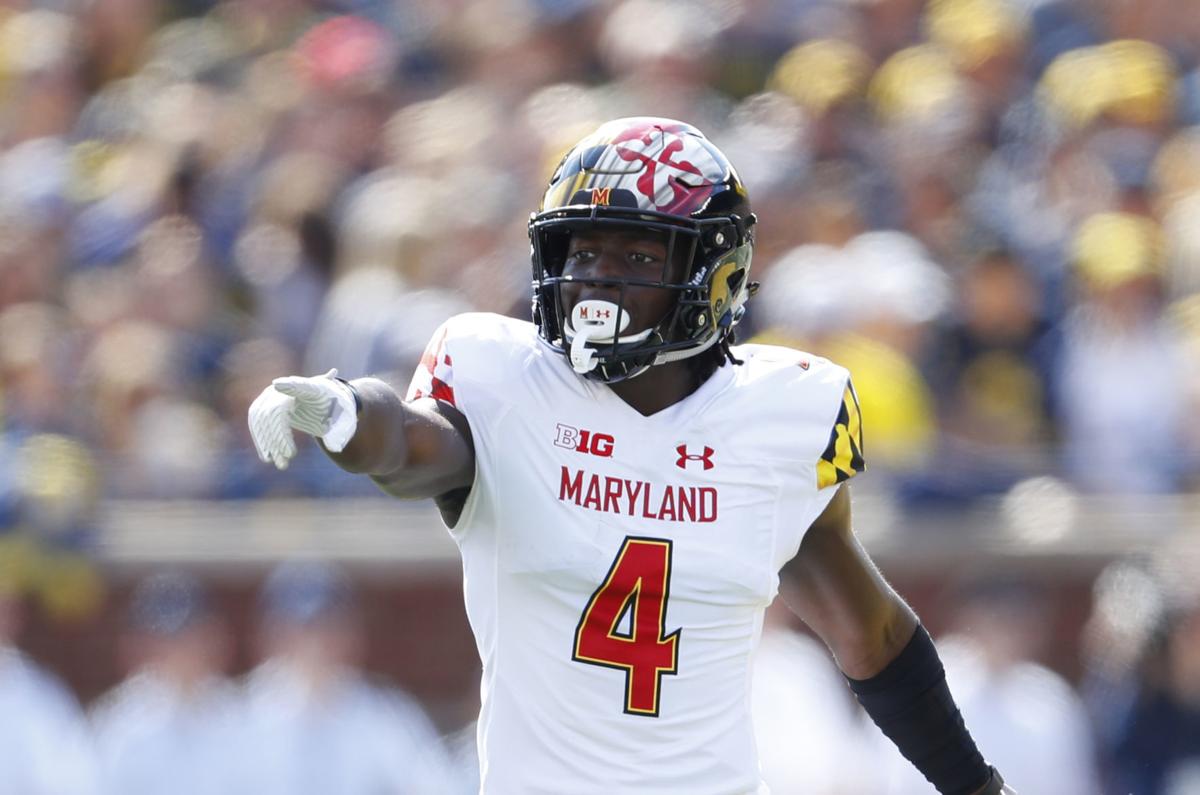 The Packers took Maryland safety Darnell Savage with the No. 21 overall pick in the NFL draft after trading up from their spot at No. 30.