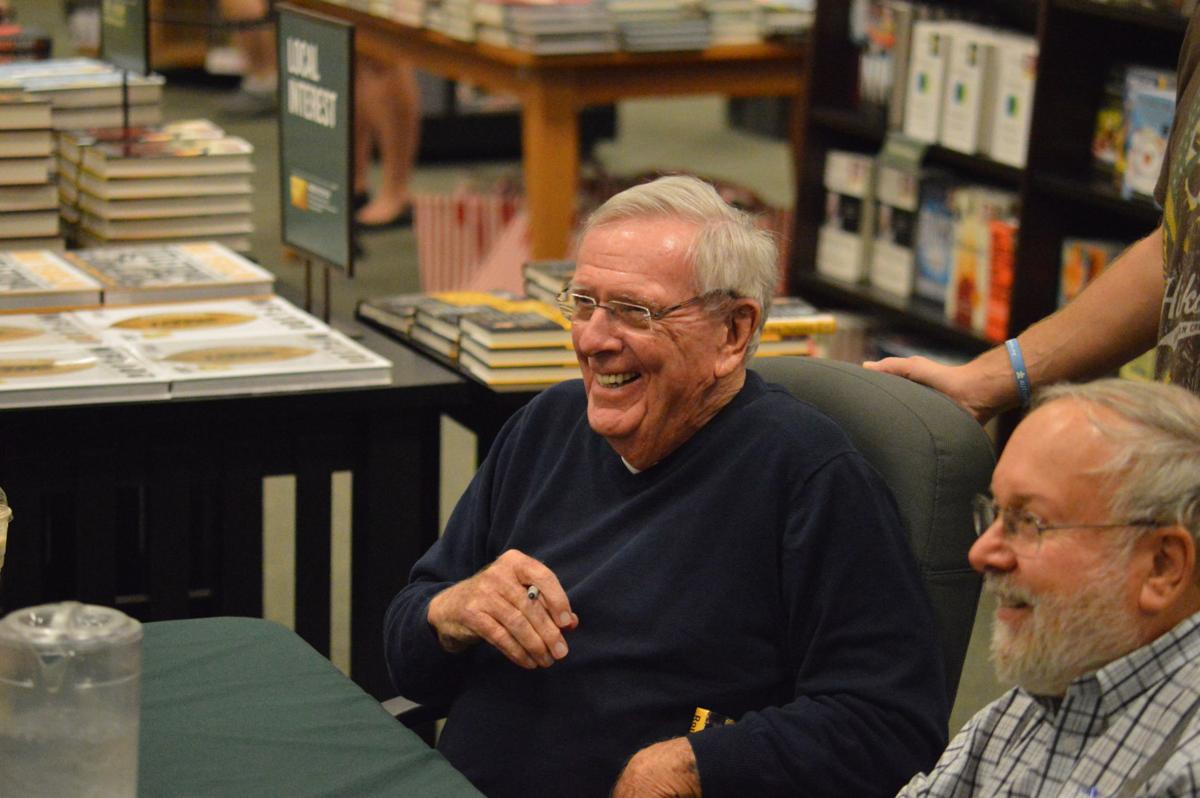 Ron Wolf at a book signing for his book, "Ron Wolf and the Green Bay Packers: Mike Holmgren, Brett Favre, Reggie White, and the Pack's Return to Glory in the 1990s.” 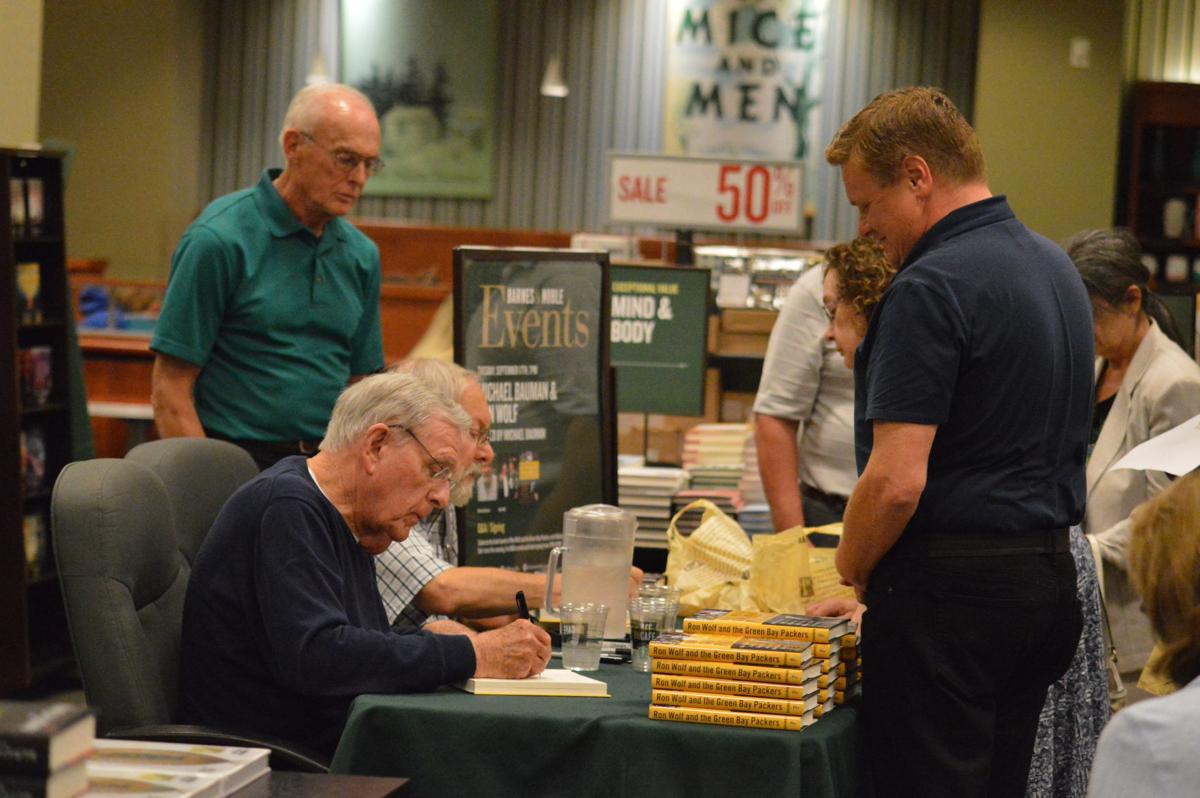 Ron Wolf signs copies of his book, "Ron Wolf and the Green Bay Packers: Mike Holmgren, Brett Favre, Reggie White, and the Pack's Return to Glory in the 1990s.” 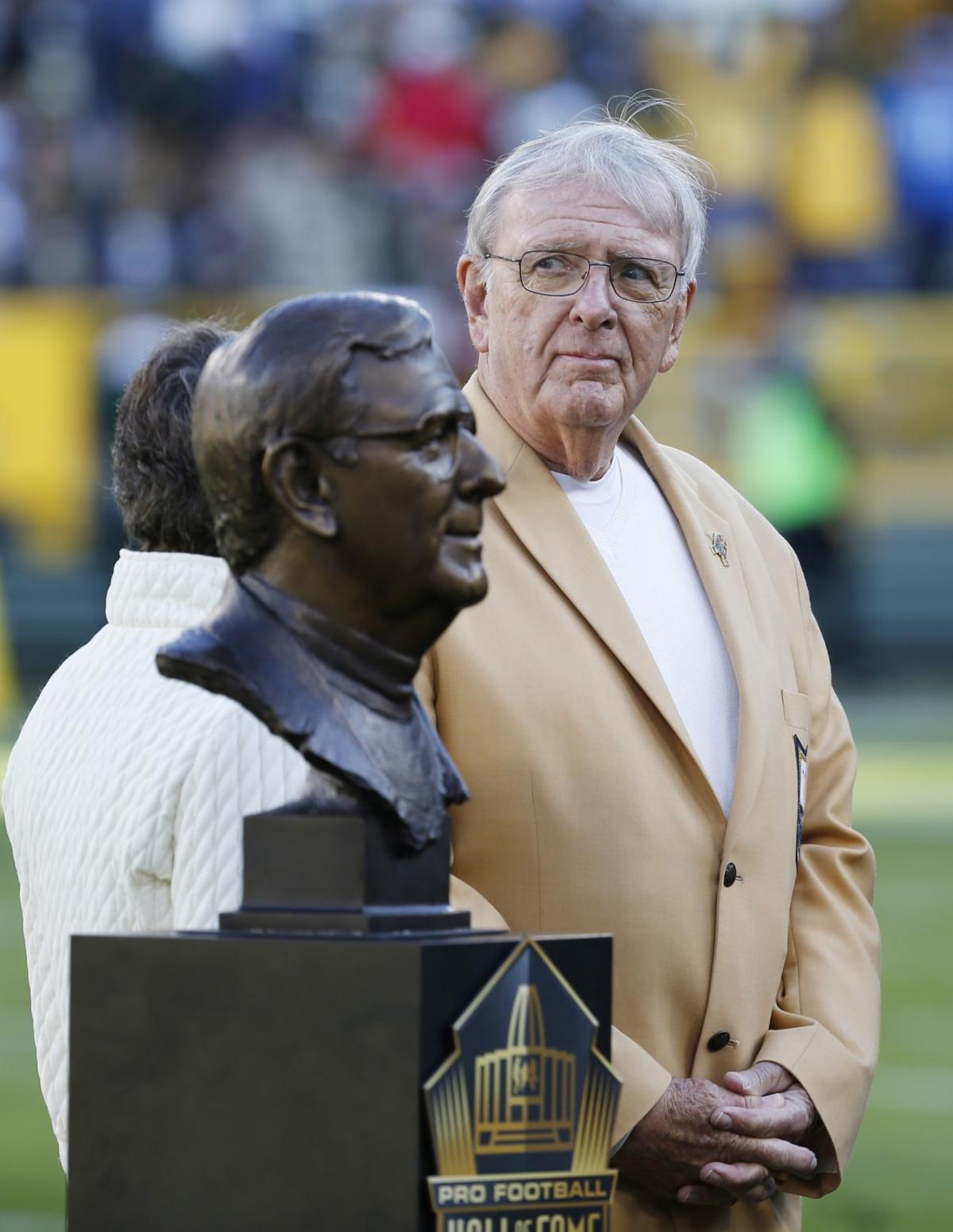 GREEN BAY — Growing up in New Freedom, Pennsylvania, Ron Wolf didn’t think his life would ever merit a book.

He wasn’t even sure it did after everything he accomplished in professional football, from resurrecting the Green Bay Packers once-proud franchise from its years of ineptitude, to assembling the roster that won Super Bowl XXXI, to being enshrined in the Pro Football Hall of Fame in 2015.

“I asked more than a few people, ‘Would this be something people would be interested in here?’” Wolf said.

In the end, enough of them told Wolf that his football life story needed to be told that he agreed to collaborate with longtime Wisconsin sports columnist Michael Bauman on “Ron Wolf and the Green Bay Packers: Mike Holmgren, Brett Favre, Reggie White, and the Pack's Return to Glory in the 1990s.”

The wordy title notwithstanding, the book is really Wolf’s biography, and it’s chock full of anecdotes and behind-the-scenes details of what he did to transform the Packers into an annual contender during his decade as the team’s general manager — from trading for quarterback Brett Favre, to signing defensive end Reggie White in free agency and assembling the 1996 roster that ended the franchise’s 29-year championship drought.

“I was very, very fortunate to be able to do what I dreamed of doing — being in professional sports,” Wolf said in an ESPN Wisconsin interview this week. “I ended my career in the best place anybody in professional football could ever end their career — in Green Bay, Wisconsin. The legacy that’s here, the feeling one gets when one has the opportunity to walk onto Lambeau Field, to look up at those names of the Pro Football Hall of Famers around that oval and think to yourself, ‘These are the people who made this game so great.’ It doesn’t get any better than that for someone like myself.”

For Bauman, who covered the Packers during the lean 1970s and 1980s and was a columnist for the Milwaukee Journal Sentinel when Favre led the Packers to the Super Bowl XXXI title, the book became a “labor of love” after he retired from his job at MLB.com in 2016.

“Ron essentially drafted me, too,” Bauman said. “I was born in Green Bay, I grew up in Northeastern Wisconsin. My family first arrived in Wisconsin in 1848 and we’re still trying to get used to the climate. So I understood what this meant to people, the resurrection of this franchise.”

Wolf and Bauman will be at the Barnes & Noble store at West Towne Mall, 7433 Mineral Point Road, on Thursday at 7 p.m. signing copies of the book.

Aaron Jones carried a career-high 23 times for 116 yards and a touchdown, and also caught four passes for 34 yards.

Raven Greene suffered a right ankle injury during Sunday's 21-16 victory over the Vikings at Lambeau Field.

An impressive first quarter of offense gave way to zero points the rest of the way in the Packers' 21-16 victory against the Vikings on Sunday at Lambeau Field.

Too legit to quit? Packers defense leads way to 21-16 win over Vikings, 2-0 start

The Packers offense scored on its first three possession, then saw its final 10 possessions end with a fumble, a confusing turnover on downs, and eight punts.

The potentially costly play came with 1 minute, 33 seconds left in the first half of the Packers’ 21-16 victory over the Minnesota Vikings on Sunday at Lambeau Field.

Green Bay can hand return duties to wide receiver Darius Shepherd or newly added cornerback Tremon Smith, who was claimed off waivers from Kansas City earlier in the week.

Ron Wolf at a book signing for his book, "Ron Wolf and the Green Bay Packers: Mike Holmgren, Brett Favre, Reggie White, and the Pack's Return to Glory in the 1990s.”

Ron Wolf signs copies of his book, "Ron Wolf and the Green Bay Packers: Mike Holmgren, Brett Favre, Reggie White, and the Pack's Return to Glory in the 1990s.”