LaFleur’s Packers had escaped Detroit with a 23-20 victory and earned a first-round bye in the NFC playoffs as a result, and as decisive as kicker Mason Crosby’s 33-yard walk-off field goal had been in securing that bye, second-year cornerback Jaire Alexander’s PI penalty against Lions wide receiver Chris Lacy early in the fourth quarter might’ve saved the game — and the bye — as well.

“Because it could have been a touchdown,” LaFleur explained before the players were given Tuesday and Wednesday off for the New Year’s holiday. “It’s not like we want that to happen, but if you get yourself in a bad position, you’ve got to do whatever you have to do to stop the touchdown.”

And that’s exactly what Alexander did.

The Packers had just pulled to within 17-13 on the previous possession, and with 12 minutes, 7 seconds left in the fourth quarter, Lions quarterback David Blough dropped back to throw to start the Lions’ ensuing series. As blitzing inside linebacker Blake Martinez was picked up by running back Bo Scarbrough, Blough went up top to Lacy down the left numbers. Alexander was running stride-for-stride with Lacy and seemed to be in good position but, with the ball in the air, tripped near midfield. As he fell to the Ford Field turf, he reached out and took Lacy down with him at the Packers’ 45-yard line.

“It was just instinct. I saw the placement of the ball, and I knew if I was to hit the ground, he would have caught it in stride. So it was a no-brainer,” Alexander explained Monday afternoon. “The coverage was actually perfect. I just tripped. And it was no-brainer. He had to come down with me.”

He definitely did. With defensive coordinator Mike Pettine having sent an all-out blitz on the play, Alexander had no safety help behind him. Had Lacy caught the pass, he would have run untouched to the end zone for a 24-13 lead that the Packers may never have erased.

“All that is going through my mind in that split-second,” Alexander continued. “Our margin for error was very slim. So in that instance, it was just, ‘Prevent him from scoring.’”

Instead of a Lacy touchdown, the Lions couldn’t sustain the drive and had to settle for a 56-yard field-goal attempt by Matt Prater — hardly a high-percentage kick. Even with Prater drilling it, the Packers were still within a touchdown, and they tied the game on a 28-yard Aaron Rodgers-to-Allen Lazard touchdown pass two series later.

“’Ja’ made one of the plays of the game and you might not even know it — because of what could have happened. What would have happened,” cornerback Tramon Williams said of Alexander’s penalty. “The ball was placed pretty well. Ja’s falling, and if he doesn’t take him down, it’s a touchdown. He tackles him, gets the call.

“Very smart. Very smart. I mean, that’s actually an amazing play. We actually pointed it out in the meeting. Usually those plays don’t get highlighted. But that was a big-time play.”

A first-round pick a year ago, Alexander has certainly had his big-time plays this season. He’s only intercepted two passes — still not enough for the brash Alexander, who was coached in college at Louisville by flamboyant 1992 Packers first-round draft pick Terrell Buckley — but he’s also shown much needed growth in terms of understanding the nuances of the game.

The harshest lesson in that department came in the Packers’ 34-24 win at Dallas on Oct. 6, when they built a 31-3 lead and let the Cowboys rally in the second half. Leading by 17 points with 7:46 to play, Alexander was beaten on a Dak Prescott-to-Amari Cooper pass down the left sideline. Cooper caught the ball at the Green Bay 33, but instead of wrapping him up and tackling him near the 25-yard line, Alexander dove and tried to knock the ball free.

The result? Cooper stayed inbounds and ran the rest of the way for a 53-yard touchdown that cut the Packers’ lead to 10.

“On that one, it was like, ‘Damn, I’ve got to make that tackle.’ And I should’ve made that tackle. I have to secure the tackle,” Alexander said. “That was a growth moment. I’ve had a couple of those this year.”

Including in Detroit on Sunday, on a play that likely saved the game — even if it didn’t seem that way at the time.

“I’ve seen elite corners get beat for worse and don’t think to do anything like that,” Alexander said. “It’s just, I just have so much room to grow, I have so much potential. More savvy plays like that are yet to come. I just have to keep my arrow pointing up.”

After ‘sleepwalking’ through regular-season finale, Packers will have a working playoff bye week

“I want to make sure guys are moving, staying involved, keeping their mind on what we’re trying to get accomplished and our systems and just get some good work in later in the week,” coach Matt LaFleur said.

Aaron Rodgers will be huge factor for Packers in playoffs

For years, Aaron Rodgers' greatness powered the Green Bay Packers' success. This postseason, Green Bay's fortunes may ride on getting Rodgers back on track.

Packers' hopes of No. 1 seed die with Seahawks inches shy of game-winning touchdown

On fourth-and-goal, Seattle's Jacob Hollister caught a pass underneath but was immediately tackled by the 49ers with less than 10 seconds remaining, and replay confirmed Hollister hit the ground before the ball reached the goal line.

For the fifth consecutive week, the Ravens earned all 12 first-place votes for 384 points in balloting Tuesday by media members who regularly cover the NFL.

San Francisco roars back into playoffs as NFC's top seed

After four straight losing campaigns, including only 10 wins in coach Kyle Shanahan's first two seasons, the 49ers went from 4-12 to 13-3 this season.

Lamar Jackson and the Baltimore Ravens earned the AFC's top seed for the first time since the current playoff format was adopted in 1990.

Third-down conversions have been a problem for the Packers, who enter the playoffs with a 36% conversion rate this season.

Coach of the Year? For Matt LaFleur, Packers’ success is about the ‘collective,' not his own successes

The Packers were the only team among the NFL’s 12 playoff-bound outfits to not have at least one first-team All-Pro selection.

Billy Turner's positivity has been contagious for Packers

The 6-foot-5, 310-pound guard's conscious mission to spread positive energy has become a driving force behind the Packers' success this season.

Adams recognized Jones’ game-changing abilities in 2017, long before most of his teammates did. 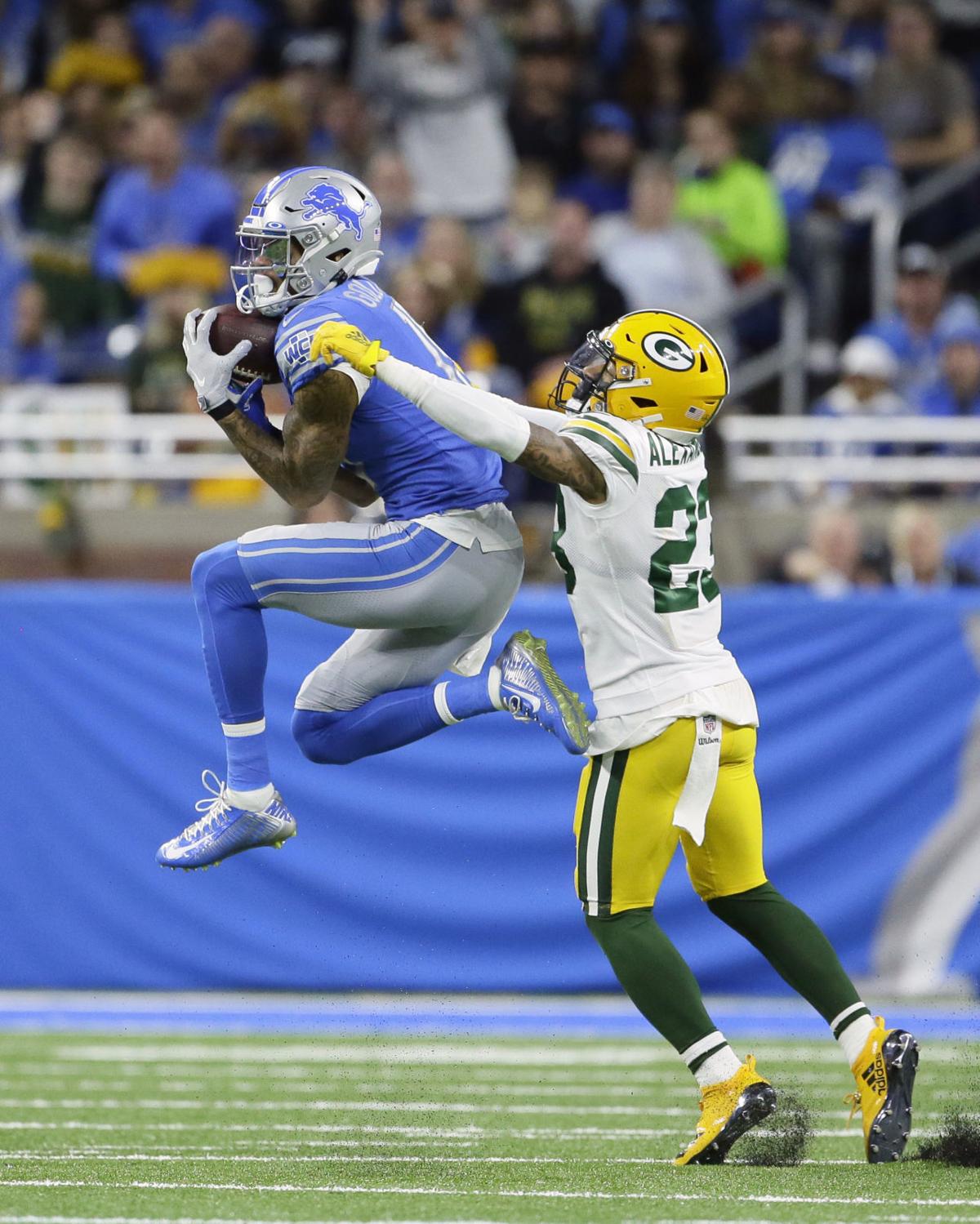 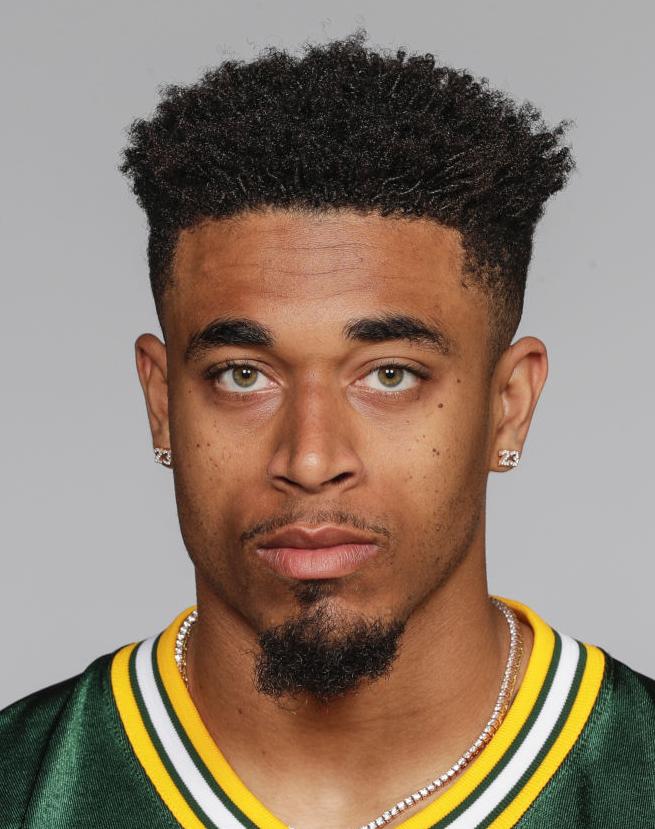