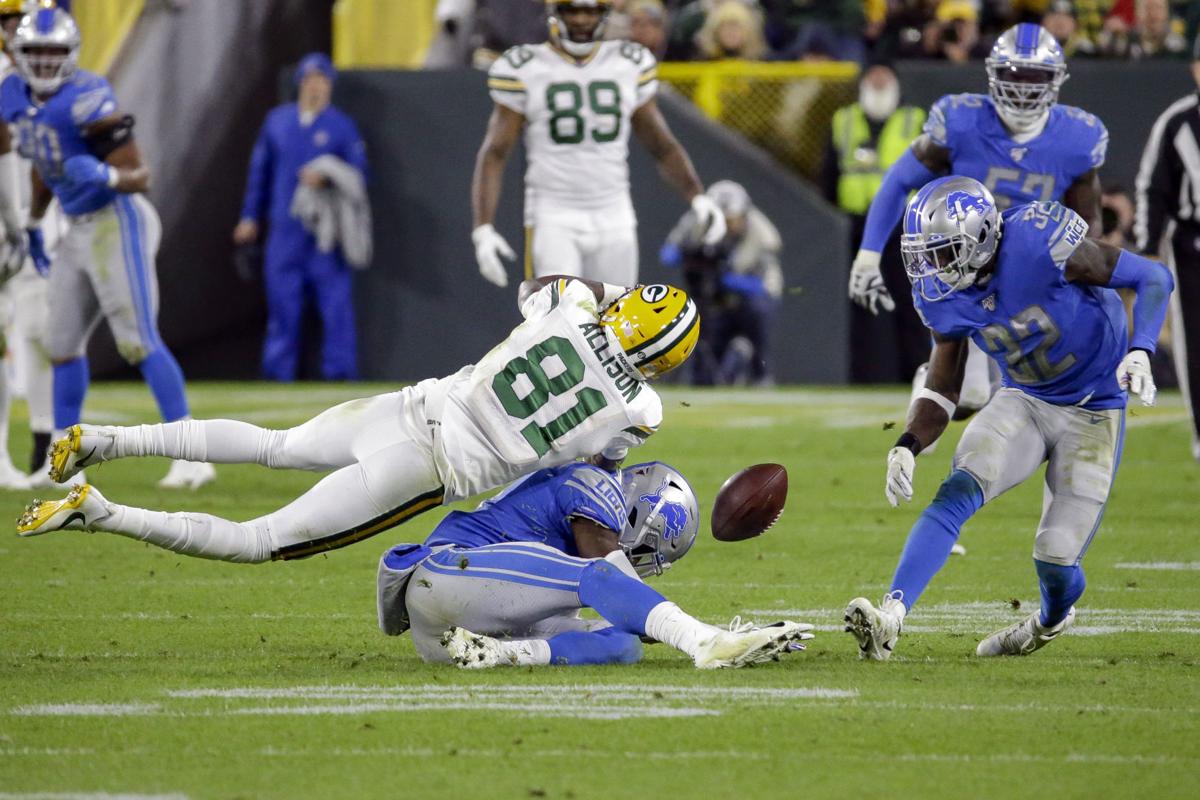 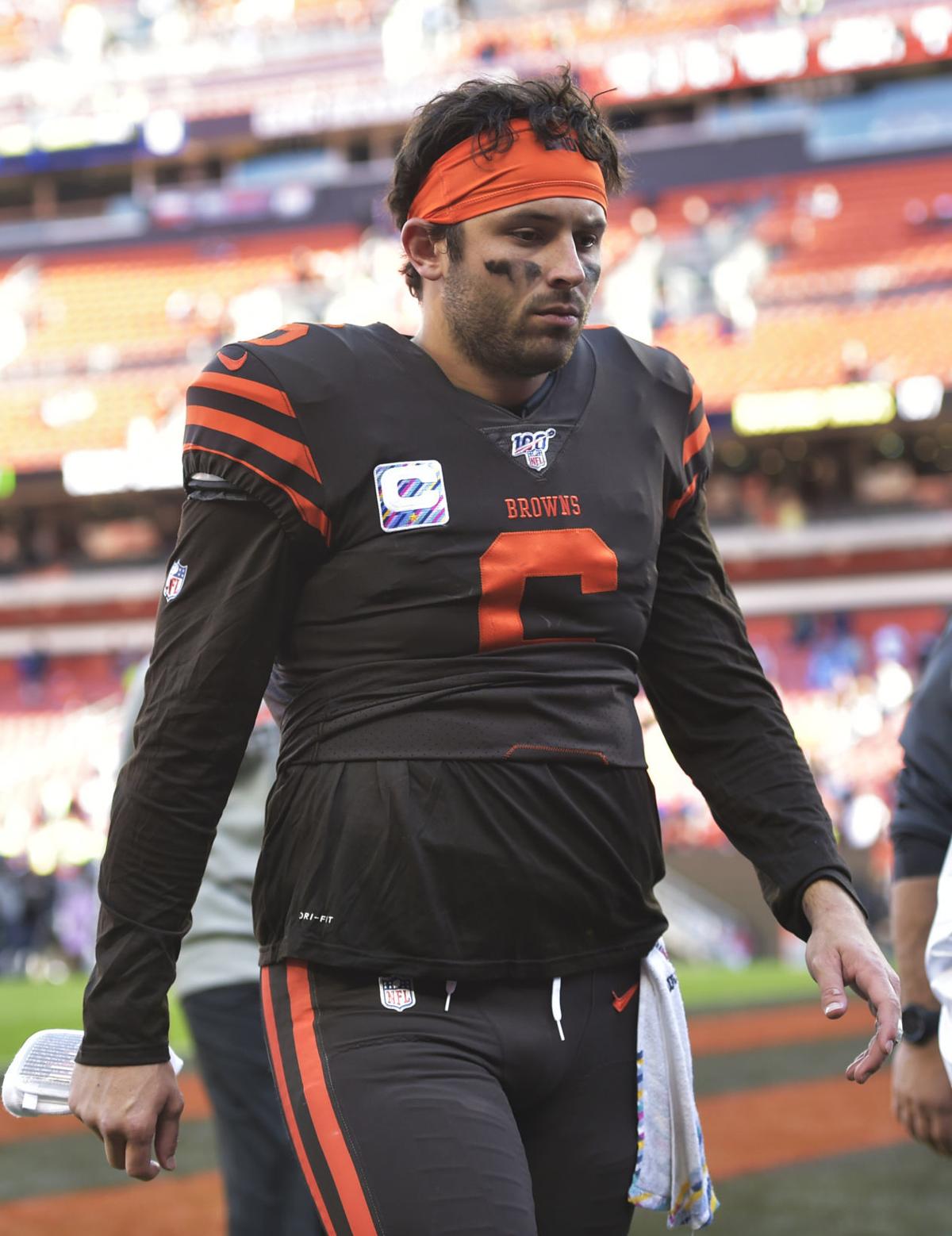 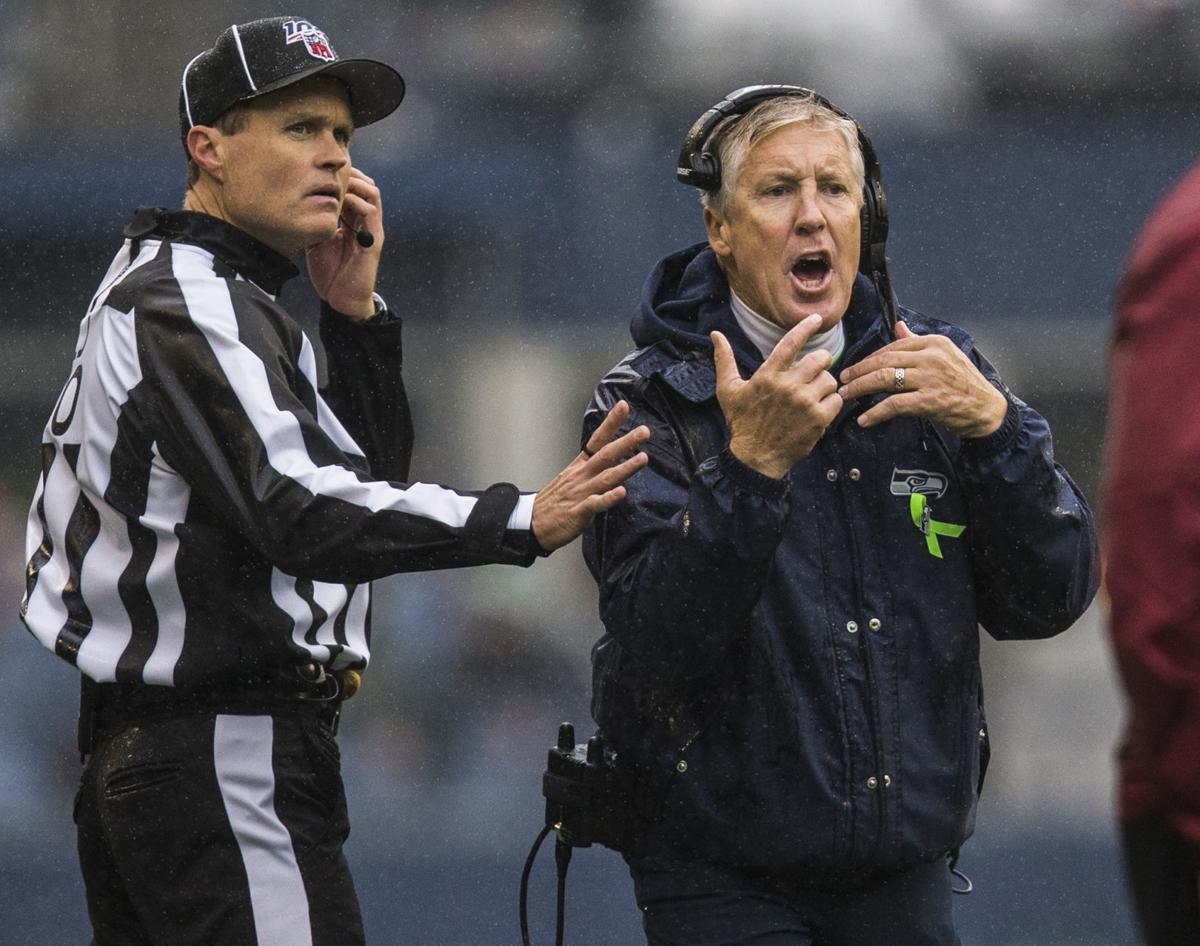 Matthews was disciplined for a tweet he posted after the Lions lost to his former team, the Packers, whom the NFL acknowledged benefited from an erroneous call that helped Green Bay in Week 6.

Walker was punished for comments he made after that same game in which he disputed as "an awful call" a personal foul penalty after diving for the football and making inadvertent helmet-to-helmet contact with Packers receiver Geronimo Allison.

Mayfield was fined for critical comments he made about the officiating after Cleveland's 32-28 loss to Seattle in Week 6 when he said, "I'll probably get fined for saying this, but it was pretty bad today."

Matthews had the harshest comments of the three, tweeting about what he considers the officials' "inability to make the accurate and correct calls" and how the NFL's head of officiating, Al Riveron, "continues to blindly side with his refs and the current status quo."

The denouncements came not long after the NFL sent a memo to all 32 teams reminding them that the league prohibits criticism of officiating, including posting "negative or derogatory/demeaning content pertaining to officiating on social media."

While the league tamped down on its internal decent, NBC analyst Tony Dungy said players and coaches actually share in the blame for the flurry of flags because there's an insufficient focus on fundamentals as teams instead spotlight X's and O's and their schemes.

As a coach, Dungy emphasized eliminating pre-snap penalties and post-whistle fouls, which he called "half the battle. Now we work on the fundamentals and doing things the right way so we can cut down as much as we can the penalties that are called during the action."

Longtime NFL writer Rick Gosselin noted recently that NFL games so far are averaging about 15 penalties for 125 yards a game, up from about a dozen flags for 97 yards a decade ago, and he added, "The more the flags, the worse the game."

And the louder the criticism.

There's another dynamic at work with the league's officiating crews also facing scrutiny from their former colleagues as TV networks hire away the most seasoned officials to serve as rules analysts and help make sense of all the yellow flags flying around.

It's a double whammy.

Losing the likes of Mike Pereira, Dean Blandino, John Parry, Terry McAulay and Gene Steratore to the broadcast booth had produced a brain drain from the ranks of NFL officials.

"There is no question about that, none whatsoever," said Hall of Fame executive Bill Polian. "I mean, you're talking about this year alone, Terry McAulay, John Parry, Gene Steratore, I mean, they'd be in the top five in any given year that they worked. And they're referees on top of that, so they know all the rules, they know all the interpretations; they understand what goes on at virtually every position. And then Ed Hochuli's retirement, you lose him and the three others, that's four of your top five referees by anybody's standard."

Their departures also leave a pool of officials lighter on experience to face what amounts to constant performance evaluations from their ex-cohorts as they enforce an ever-changing rule book.

The league's loss, however, is the game's gain, suggested Polian.

"I think they're a great addition to the broadcast and a great reference point for fans, who are no longer captive to people on the internet that masquerade as officiating supervisors," Polian said. "And I think they're very objective, but they're also cognizant of what a tough job it is that the officials have.

"The short answer from my point of view is that we do not have an officiating problem. Do we miss the guys that are not on the field? You bet. Do they do a good job on TV? In my view, they do a tremendous job and they do a great service to officiating by explaining it."

Polian said he'll withhold judgment on the league's emphasis on backside offensive holding this season until there's a year's worth of data, but he said there's really no disputing another common infraction: illegal blocks in the back on kick returns such as the one that negated the Cowboys' 80-yard punt return for a TD Sunday night.

"That penalty is avoidable, and the official should not be lax and loosen up with it. That's not the answer," Polian said. "Players need to play within the rules."

But he's already made up his mind about one change he doesn't like: coaches' challenges for calls and non-calls on pass interference that were approved for this season after the Saints were victimized by a non-call on a blatant interference in the NFC championship game, helping the Rams advance to the Super Bowl.

"There are going to be things that are missed. That's part of the game," Dungy said. "The NFC championship game, there was a missed call — too bad. I feel bad for New Orleans. But it happens. It's happened every year since football began playing. So, to have this rule now and to say we're going to suddenly eliminate or help out this one particular call that everybody saw, now we've got all the unintended consequences (like wildly inconsistent rulings). I think this whole thing has been a disaster."

Patriots, Saints stay on top, Packers edge up to No. 4 in AP Pro32 poll

The 7-0 New England Patriots received all 12 first-place votes for 384 points in balloting Tuesday by media members who regularly cover the NFL.

Davante Adams inches closer to return, and could be game-time decision Sunday

Davante Adams warmed up with teammates on Wednesday for the first time since suffering a turf toe injury in the Sept. 26 loss to the Eagles.

Chiefs quarterback Patrick Mahomes throws at practice, not yet ruled out for Sunday matchup with Packers

Kansas City coach Andy Reid on Wednesday refused to name backup Matt Moore as the starter for Sunday night's game against the Packers.

Davante Adams hasn’t played since sustaining a turf toe injury during the fourth quarter of the Packers’ Sept. 26 loss to Philadelphia.

The Chiefs also will be without the left side of their offensive line, with left tackle Eric Fisher (groin) and left guard Andrew Wylie (ankle) both being ruled out.

Get the latest analysis, injury reports and highlights as the Green Bay Packers face off against the Kansas City Chiefs on Sunday night at Arrowhead Stadium.

Aaron Rodgers threw for 305 yards and three touchdowns, two of them to Aaron Jones on a big night for the Green Bay running back, and the Packers held off backup quarterback Matt Moore and the Kansas City Chiefs 31-24 on Sunday night.

Behind another strong performance from quarterback Aaron Rodgers, the Green Bay Packers won a slugfest on Sunday night, beating the Kansas Cit…

Despite Kansas City being without six starters, including MVP quarterback Patrick Mahomes, the Packers' 31-24 victory over the stubborn Chiefs was as impressive as any they have had in this season of surprises.

The Los Angeles Rams' loss to the Seattle Seahawks in October came with a high price for Rams linebacker Clay Matthews, who suffered a broken jaw that sidelined him for three games.