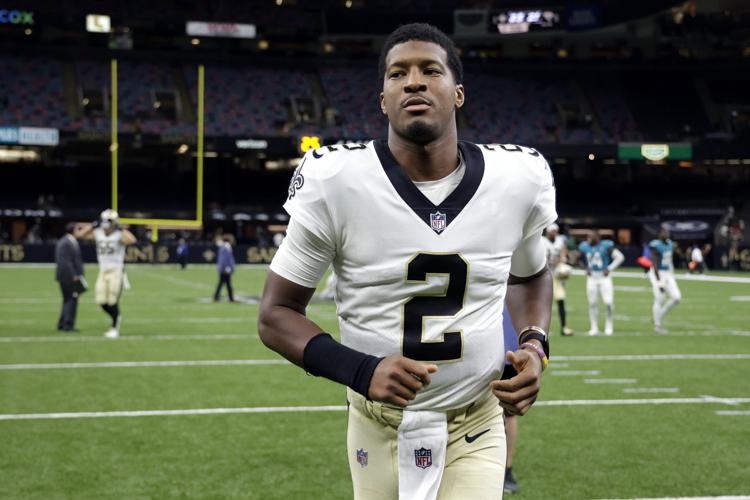 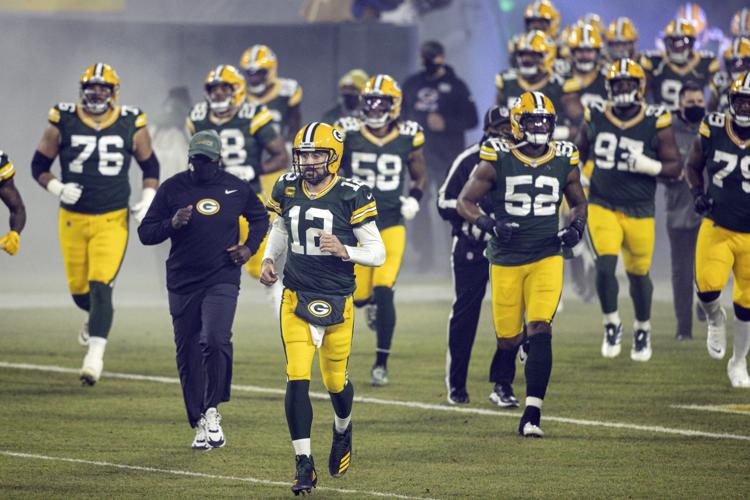 FILE - In this Dec 19. 2020, file photo, Green Bay Packers' Aaron Rodgers(12) runs out with teammates during an NFL football game against the Carolina Panthers in Green Bay, Wis. After a tumultuous offseason in which his future with the Packers appeared in doubt, reigning MVP Aaron Rodgers is ready to begin his 17th – and perhaps final – season in Green Bay. (AP Photo/Jeffrey Phelp, File) 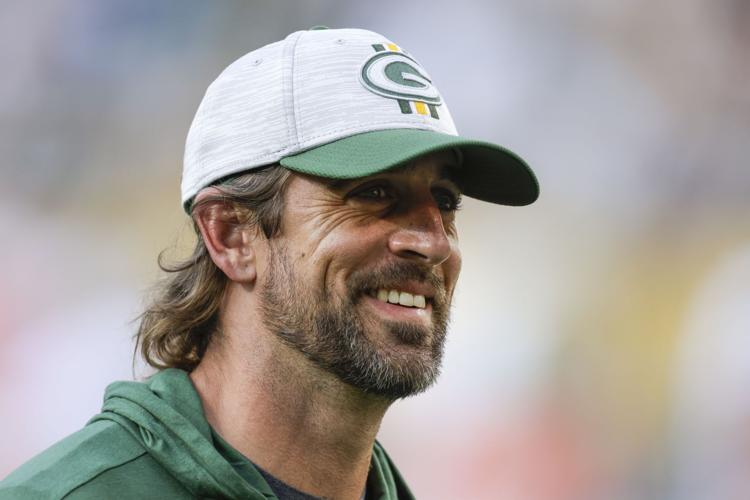 Before Jameis Winston answered the first question of his first regular-season interview as the New Orleans Saints' starting quarterback, he took a moment to speak about what he said was foremost on his mind.

But it did have something to do with why New Orleans' Week 1 home game against the Green Bay Packers will be played in Jacksonville, Florida, on Sunday instead of in the Superdome.

"I have something on my heart," Winston began after practice this week in the Dallas area, where the Saints have temporarily moved daily operations since Aug. 28, the night before powerful Hurricane Ida struck Louisiana's coast.

"I want to say thank you to all the first responders, the people on the ground right now, and all the people in the grassroots organizations working in New Orleans to help our city," Winston said. "New Orleans, I know we've been through this before, but our culture is strong, and we are going to feed off of this adversity to make us stronger. We are with you. Everybody in Louisiana, we are with you."

Leading off with comments supporting disaster-stricken fans, rather than highlighting his own football aspirations, was reminiscent of the tack the recently retired Drew Brees took when he joined the Saints in 2006, while New Orleans was still reeling from Hurricane Katrina.

Winston has indicated his approach to leading coach Sean Payton's offense also will be similar to that of the record-setting Brees — at least in terms of opting for the play that should be made, instead of higher risk-reward plays he might like to attempt.

If Winston follows through on that pledge, perhaps he'll realize more of the potential his career held when Tampa Bay made the 2013 Heisman Trophy winner the NFL's top draft choice in 2015.

"Consistent preparation. That is all I am focused on," Winston said. "Our day-to-day (approach) has to be the same. We cannot lose focus."

Particularly not when they open against reigning NFL MVP Aaron Rodgers and a Packers team that captured the NFC's top playoff seed a season ago before falling in the conference title game to Tom Brady and the eventual champion Buccaneers.

Rodgers exudes confidence entering his 17th season, both while talking about his own vast experience and his receiving targets, led by Davante Adams, whose 18 touchdowns receiving last season ranked first in the NFL. A favorite target of his past, 11th-year veteran, Randall Cobb, also is back with the Packers after two years with other clubs. There's also young deep threat Marquez Valdes-Scantling.

"I love the versatility of those guys and the depth that we have," Rodgers said. "I feel good about different things we can throw at teams, and especially if they try and take Davante away the entire game."

When the Packers visited New Orleans last September, pandemic restrictions on crowds provided Rodgers the luxury of communicating clearly with teammates at the line of scrimmage in a largely empty Superdome. Even with Adams sidelined, the Packers put up 37 points and won by a touchdown.

Now Rodgers visits the Saints again in unusual circumstances. The game is a more than eight-hour drive from New Orleans, and Brees has moved on to broadcasting.

"This will be different, obviously not playing in New Orleans and with some of the changes on their roster, most notably the quarterback," Rodgers said.

New Orleans signed veteran cornerback Desmond Trufant this week as it tries to settle on a second starting cornerback to join top pass defender Marshon Lattimore. Ken Crawley and rookie Paulson Adebo also are competing for the spot that opened when the Saints allowed Janoris Jenkins to leave in a cost-cutting move. New Orleans also traded for Houston cornerback Bradley Roby, but a suspension going back to last season prevents him from suiting up until Week 2.

Green Bay could be starting two rookies on the offensive line Sunday. Although the Packers haven't announced their starting five linemen, they're expected to open with Josh Myers at center and Royce Newman at right guard.

Myers is a second-round pick from Ohio State. Newman is a fourth-round selection from Mississippi.

Rodgers is back for his 17th season amid speculation this could be his last year in Green Bay. Rodgers has said he doesn't know whether he will be back next year.

The three-time MVP skipped organized team activities and mandatory minicamp in a standoff with team officials, but reported to training camp on time. Rodgers has said he wants to have a voice in the team's decision-making process.

The Packers opted to rest nearly all of their noteworthy players each of their three preseason games. They sat out at least 30 players in each of those contests, all losses.

The only potential starters to play in the preseason were Newman, Myers, guard Lucas Patrick, linebacker Krys Barnes and cornerback Eric Stokes.

Likewise, star running back Alvin Kamara and a number of other Saints starters didn't play in New Orleans' first two preseason games before the third was cancelled by Ida.

Packers' Za’Darius Smith, slowed by back injury and possibly miffed by captain selections, will be game-time decision

Coach Matt LaFleur says he would “absolutely” hold Smith out of the opener if necessary.

Second-rounder Josh Myers will start at center as expected and fourth-rounder Royce Newman won one of the guard jobs — likely on the right side.

Jim Polzin: Aaron Rodgers and the Green Bay Packers have one last chance to be Super

“Myself, my quarterback, I feel we have almost an identical mindset right now, and it really spreads across the team, because it’s something we talked about,” Davante Adams said.

With ‘alpha’ Elgton Jenkins stepping in, Packers confident they can thrive without David Bakhtiari

“The moment’s never too big for him,” Packers coach Matt LaFleur says of Elgton Jenkins.

NFL 2021: While NFC is about Bucs and Packers, the AFC clearly is the deeper, more powerful conference

It's almost as if the NFL is emulating college football heading into the 2021 season, with the AFC as the professional version of the SEC and the NFC as Conference USA.

FILE - In this Dec 19. 2020, file photo, Green Bay Packers' Aaron Rodgers(12) runs out with teammates during an NFL football game against the Carolina Panthers in Green Bay, Wis. After a tumultuous offseason in which his future with the Packers appeared in doubt, reigning MVP Aaron Rodgers is ready to begin his 17th – and perhaps final – season in Green Bay. (AP Photo/Jeffrey Phelp, File)