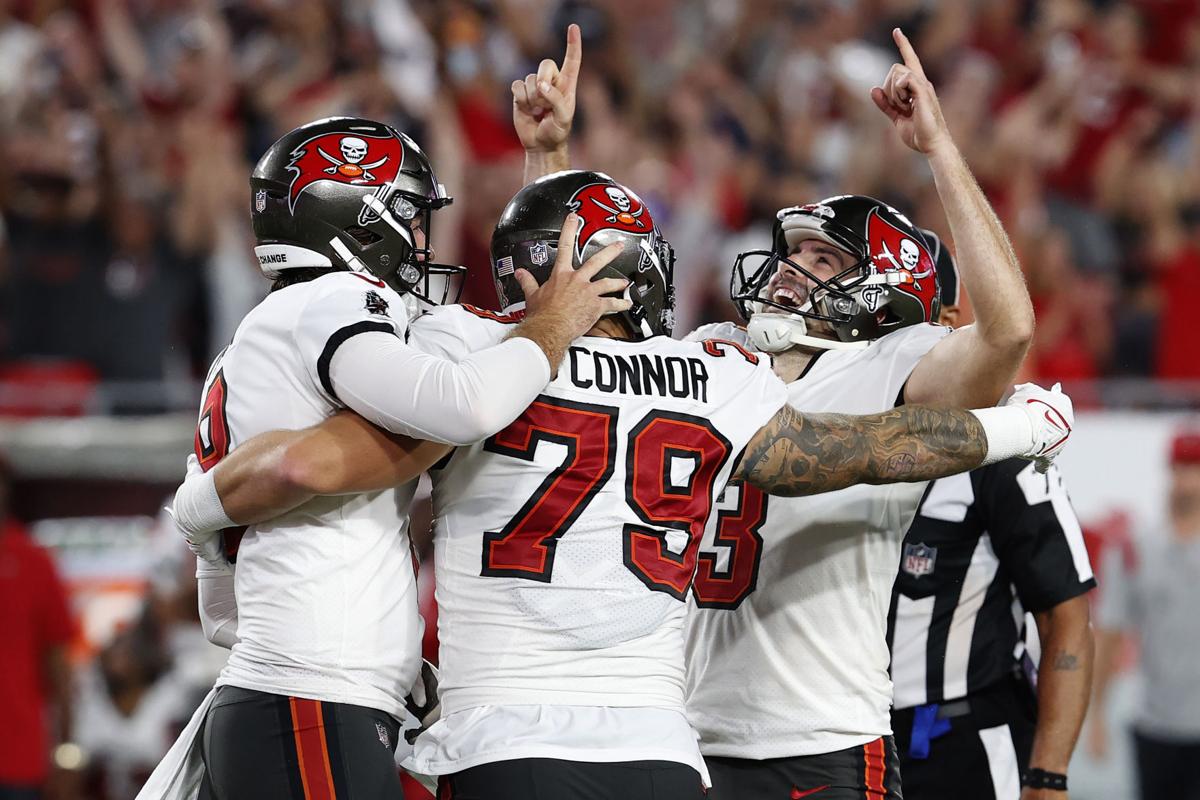 Tampa Bay Buccaneers' Ryan Succop (3) celebrates with Pat O'Connor (79) and Bradley Pinion (8) after kicking what proved to be the game-winning field goal during the second half of an NFL football game against the Dallas Cowboys Thursday, Sept. 9, 2021, in Tampa, Fla. (AP Photo/Scott Audette) 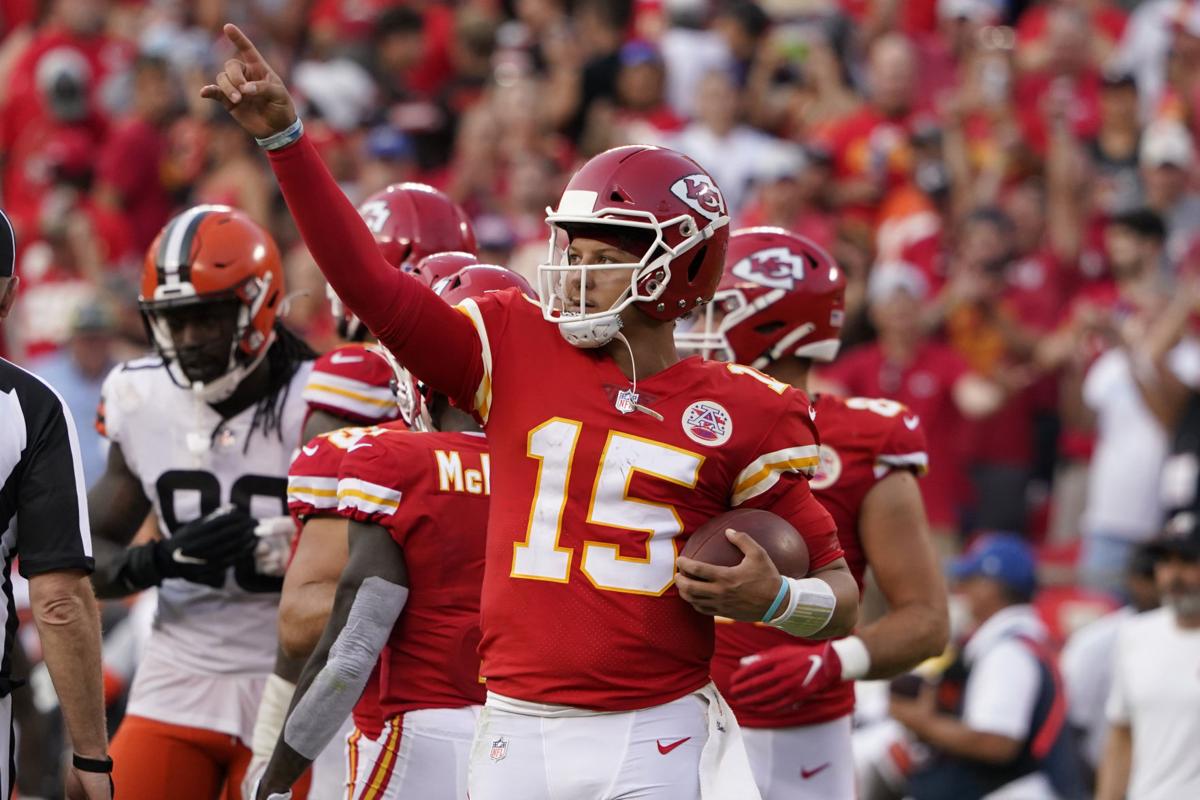 NEW YORK — When it comes to winning, Tom Brady is accustomed to leading the NFL.

After one week of the regular season, Brady and the Tampa Bay Buccaneers are in a familiar spot: on top of the first AP Pro32 poll of 2021.

The defending Super Bowl champs received nine of the 12 first-place votes for 381 points in balloting Tuesday by media members who regularly cover the NFL.

Patrick Mahomes and the Kansas City Chiefs, who were routed by the Bucs in the Super Bowl, earned the remaining three first-place votes for 374 points.

Both the Bucs and Chiefs started defense of their respective conference titles with hard-fought victories. The Buccaneers opened the season with a 31-29 win over the Dallas Cowboys and the Chiefs rallied in the second half to beat the Cleveland Browns 33-29.

"The Bucs and the Chiefs still look like they are the class of their conferences after one week," said Charean Williams of Pro Football Talk.

"There were some surprises in Week 1, though, which makes this first poll tough. Are the Packers really that bad? Are the Cardinals that good? Are the Raiders contenders to the Chiefs?"

The Browns start at No. 8 in the poll, the highest spot for any team that opened with a loss.

The Seattle Seahawks are at No. 3 after an impressive win at Indianapolis and will host another AFC South foe as they face Tennessee in their home opener.

The New Orleans Saints, who pulled off one of the bigger surprises in Week 1 with a 38-3 win over the Green Bay Packers, are at No. 4.

The Los Angeles Rams, another possible Super Bowl contender in the NFC, begin tied at No. 5 after routing the Chicago Bears 34-14.

"After spending years in NFL purgatory with the Lions, he looked every bit as good as the Rams expected in an opening-night win over the Bears."

The Pittsburgh Steelers surged past the Buffalo Bills and are tied with the Rams at No. 5. The Bills, the defending AFC East champs, start off at No. 9.

The Arizona Cardinals, who earned a dominating victory over the Titans, are at No. 7.

"Chandler Jones and Kyler Murray were super, but can they maintain it over a 17-game season?" asked Fox Sports' John Czarnecki.

Jones had five sacks and Murray had four touchdown passes and one rushing TD in a 38-13 rout.

The San Francisco 49ers were the fourth team from the NFC West in the top 10 in the poll.

The Associated Press Pro32 NFL Power Rankings, as voted by a 12-member panel, with first-place votes in parentheses, records through Sep. 13, total points based on 32 points for a first-place vote through one point for a 32nd-place vote, and previous ranking:

Tampa Bay Buccaneers' Ryan Succop (3) celebrates with Pat O'Connor (79) and Bradley Pinion (8) after kicking what proved to be the game-winning field goal during the second half of an NFL football game against the Dallas Cowboys Thursday, Sept. 9, 2021, in Tampa, Fla. (AP Photo/Scott Audette)