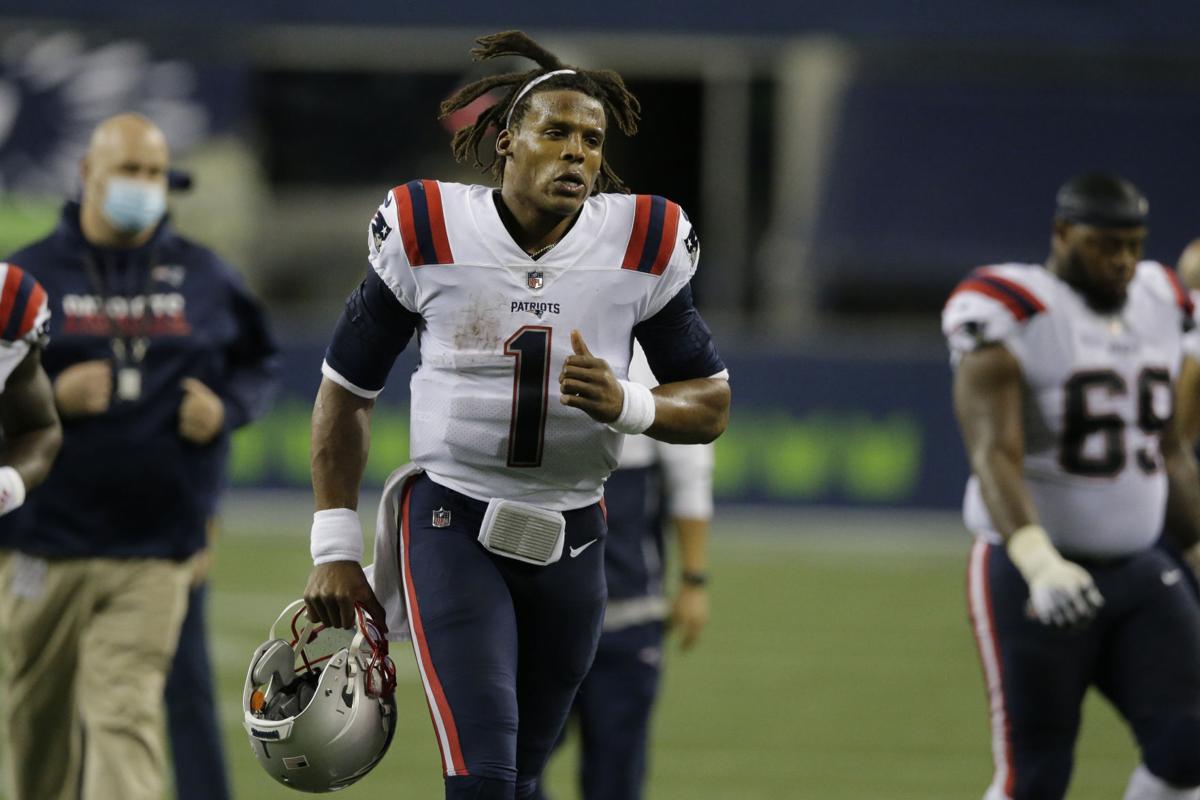 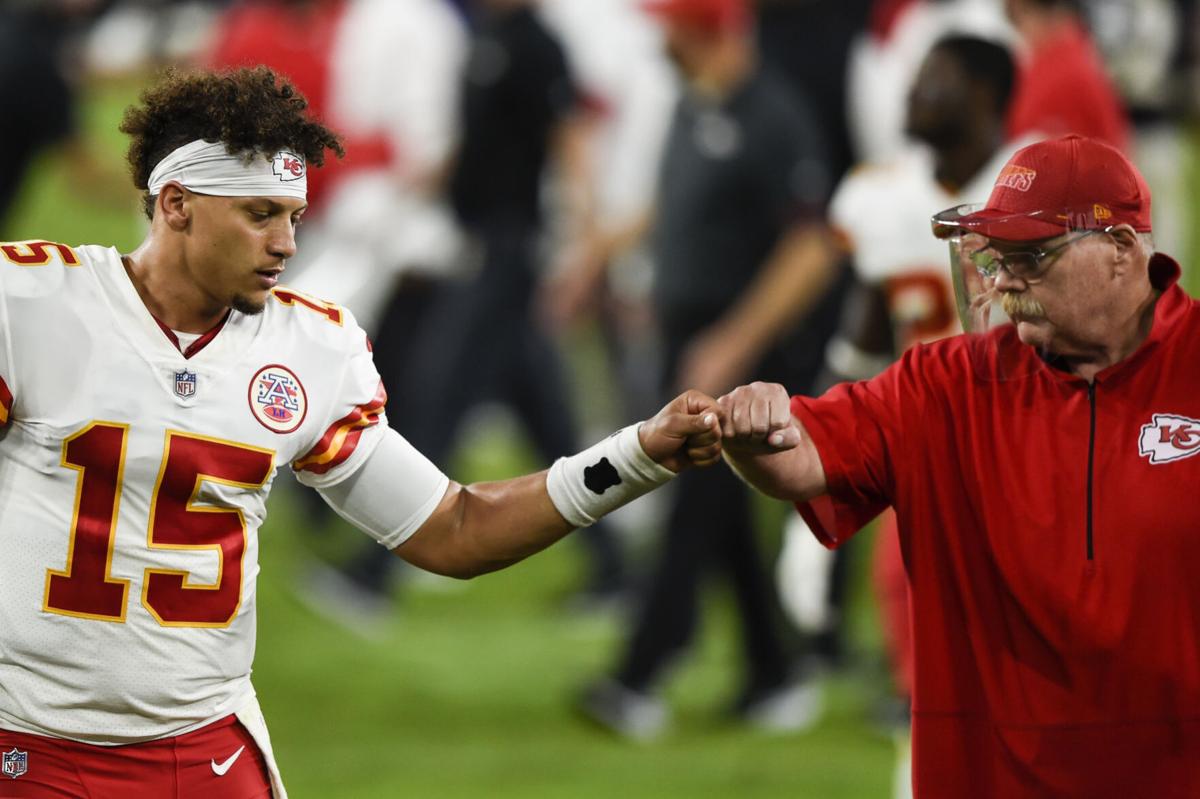 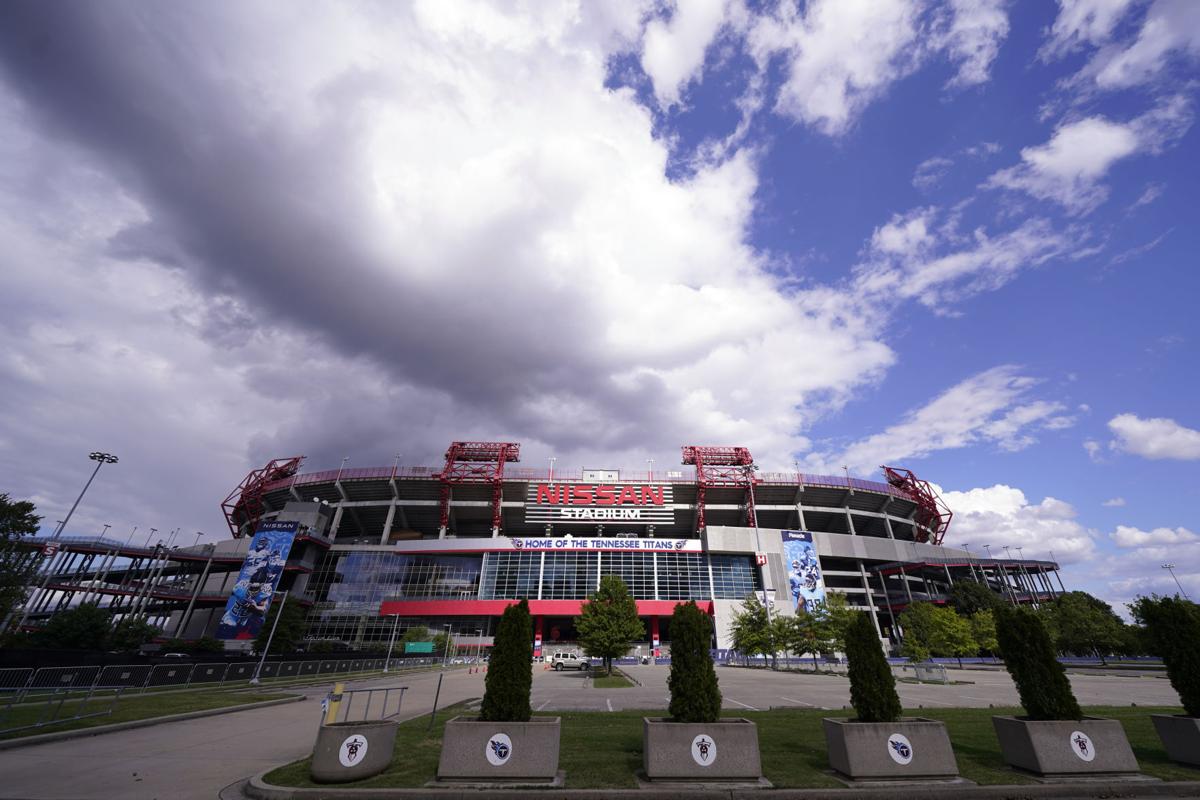 Nissan Stadium, home of the Tennessee Titans, is shown Tuesday, Sept. 29, 2020, in Nashville, Tenn. The Titans suspended in-person activities through Friday after the NFL says three Titans players and five personnel tested positive for the coronavirus, becoming the first COVID-19 outbreak of the NFL season in Week 4. (AP Photo/Mark Humphrey)

NASHVILLE, Tenn. — The positive test results keep coming for the Tennessee Titans in the NFL’s first outbreak of COVID-19, and they're not alone anymore with the league postponing the New England Patriots-Kansas City Chiefs due to positive tests on both teams.

The coronavirus pandemic is making its presence known in the NFL.

The league is hoping to have the Patriots play the Chiefs in Kansas City on either Monday or Tuesday. But the Titans have had positive test results stream in daily for five days straight and could put the Titans' next home game against Buffalo (3-0) on Oct. 11 at risk with the NFL forced into even more rearranging of the schedule.

The NFL postponed Sunday's game between New England and the Super Bowl champs after “positive COVID-19 tests on both teams.” Patriots starting quarterback Cam Newton and Chiefs practice squad quarterback Jordan Ta’amu were both added to the NFL’s COVID-19 reserve list released on Saturday afternoon. The league also pushed the Colts-Bears game from an early kickoff to 4:25 p.m. to fill the slot left open by the Patriots-Chiefs.

On Saturday, the Titans added defensive lineman Jeffery Simmons to the reserve/COVID-19 list. Two staff members also tested positive for COVID-19, raising the team’s total to 18 since Sept. 24, a person familiar with the situation told The Associated Press.

The person spoke on condition of anonymity because neither the NFL nor the Titans had announced the latest results. Titans coach Mike Vrabel said Wednesday he wouldn't be identifying staff members who had tested positive.

The Titans' outbreak seemingly started Sept. 24 when the Titans placed cornerback Greg Mabin from their practice squad on the reserve/COVID-19 list.

Since outside linebacker coach Shane Bowen’s test result came back positive on Sept. 26, the Titans have had now eight players and seven other team personnel test positive. Bowen didn’t travel with Tennessee (3-0) to Minnesota for their 31-30 win last week.

Jones and Simmons are the interior of the Titans' defensive front with Simmons the 19th pick overall in April 2019.

Offensive tackle Isaiah Wilson, Tennessee’s first-round pick out of Georgia, has been on the reserve/COVID-19 list since Sept. 6.

The NFL first postponed, then rescheduled the Titans’ game set for Sunday against Pittsburgh to Oct. 25 during Tennessee’s bye. The league also moved Baltimore’s bye to Week 7, so the Ravens now can play Pittsburgh on Nov. 1.

Officials from the NFL and its players’ union met with the Titans on Friday reviewing the situation.

The Minnesota Vikings (0-3) again had no positive test results from Friday’s tests, and they remain scheduled to visit Houston (0-3) on Sunday as scheduled. The Vikings went back to work inside their facility Thursday.

The Titans had hoped to return to work inside their own building Monday or Tuesday. The league has new protocols for teams dealing with an outbreak or exposed to a team with an outbreak to follow that include two different daily tests and gloves and face masks for everyone, including players, during practices.

With each day bringing more positive results, that return is in jeopardy.

The NFL announced Friday that the league and its players’ union agreed to extend daily testing for the foreseeable future. That includes teams during bye weeks, requiring players to stick around.

Three weeks is still a small sample size, but the standings have revealed a clear boost for NFL visiting teams in the mostly fan-less 2020 season.

Without scheduling flexibility of other sports, COVID-19 looming large over NFL

Unlike in baseball, pro football teams can't play doubleheaders to make up postponements. Yes, they can play on a Sunday and then a Thursday night — once during a 16-game schedule.

Matt LaFleur and the Packers staff have reiterated to the players the importance of remaining vigilant and avoiding unnecessary contact with the outside world.

Green Bay Packers coach Matt LaFleur says his years working for Dan Quinn on the Atlanta Falcons’ staff helped him understand how to lead a team that could enjoy itself while contending for championships.

Packers-Falcons MNF pushed to 8 p.m. due to Patriots-Chiefs postponement to 6:05 p.m. Monday

Get the latest postgame updates after the Green Bay Packers improved to 4-0 with a 30-16 victory over the winless Atlanta Falcons in a Week 4 showdown Monday night at Lambeau Field.

The NFL plans to take a cautious approach that may force players and coaches reporting flu symptoms to miss games without testing positive for COVID-19.

Nissan Stadium, home of the Tennessee Titans, is shown Tuesday, Sept. 29, 2020, in Nashville, Tenn. The Titans suspended in-person activities through Friday after the NFL says three Titans players and five personnel tested positive for the coronavirus, becoming the first COVID-19 outbreak of the NFL season in Week 4. (AP Photo/Mark Humphrey)