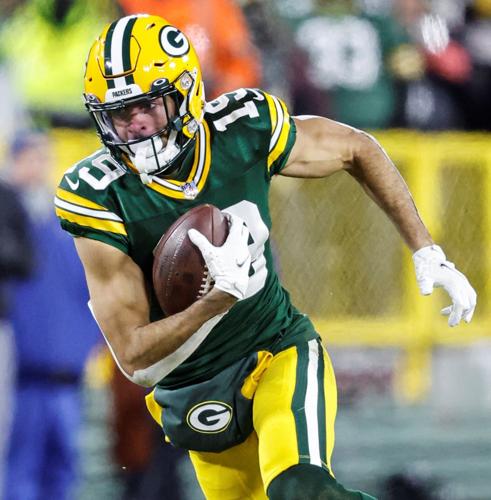 Packers wide receiver Equanimeous St. Brown has seven receptions for 76 yards this season. He's caught 35 passes for 521 yards and one touchdown since his arrival in 2018. 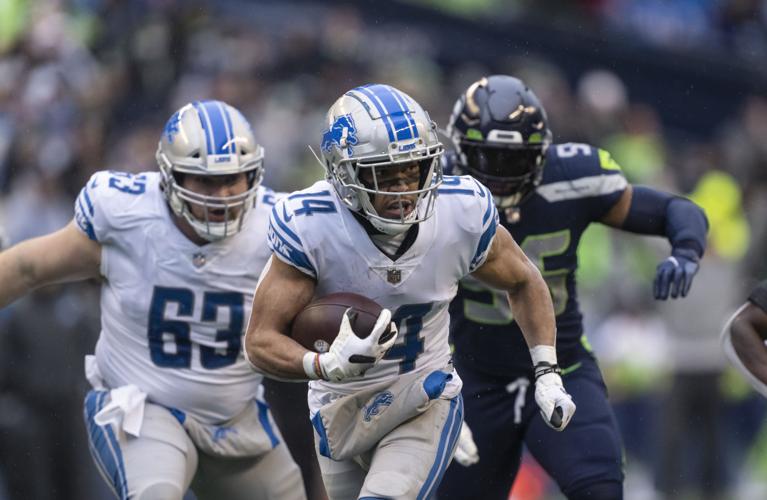 GREEN BAY — Matt LaFleur wanted to emphasize one thing about Sunday’s game between the Green Bay Packers and Detroit Lions at Ford Field.

“Despite what I would say the public opinion is,” the Packers coach said Thursday, “it’s not a meaningless game.”

Reasonable people can disagree on that. The Packers (13-3) have clinched the No. 1 seed in the NFC and the conference’s lone playoff bye that comes with it while the Lions (2-13-1) and playing out the string in another rebuilding year.

This much is undeniable: The game will be anything but meaningless for the pass-catching St. Brown brothers — the Packers’ Equanimeous and the Lions’ Amon-Ra, who’ll face off for the second time this season, with their parents, John and Miriam, in the stands, just as they were for the teams’ Week 2 meeting at Lambeau Field.

“I’m sure it’s a blast for them,” Equanimeous said after practice Thursday afternoon. “They pushed us (as kids) and we’ve worked hard our whole lives. So I’m sure they’re proud. They express it a lot.”

The 25-year-old Equanimeous, a 2018 sixth-round pick out of Notre Dame, has experienced ups and downs in his four seasons in Green Bay. He was actually released at the end of training camp and spent the first few weeks on the practice squad before getting a call-up to the 53-man roster, and he credits Packers quarterback Aaron Rodgers for making sure his limited playing time (241 snaps, just 23% of the offense’s plays) and production (seven receptions, 76 yards) didn’t get him down.

The 22-year-old Amon-Ra, a fourth-round pick from USC this year, has been one of the Lions’ bright spots this season, catching 82 passes for 803 yards and four touchdowns. His productivity has exploded in recent weeks, with 43 receptions for 451 yards and all four TDs coming over the past five games — beginning with his 10 receptions for 86 yards and the winning 11-yard touchdown catch as time expired to give the Lions their first win of the season on Thanksgiving over the Minnesota Vikings.

“As his older brother, I’m really proud of him,” Equanimeous said. “I know how hard he’s worked his whole life. I was there side by side for most of it, so I’m really happy for him, knowing that they’re not having a great season right now, that he’s having a chance to make plays and score touchdowns.”

Amon-Ra has already set the Lions’ franchise record for receptions by a rookie. After his eight catches for 111 yards and two touchdowns (one rushing, one receiving) in last week’s loss to Seattle, he needs just 15 yards for the rookie yardage record.

“You guys have heard me rave about him and probably every coach and every player rave about him. He deserves everything that’s coming his way. I truly believe that,” said ex-Packers backup quarterback Tim Boyle, who has started three games this season for the Lions as the backup to Jared Goff. “He puts in the work. We just got off the practice field and who was out there catching (balls from the) JUGS (machine) for 10 minutes? It’s Amon-Ra St. Brown. He’s making sure that he’s doing all of the little things that he needs to do.”

Added Lions coach Dan Campbell: “He’s a little bit more mature than most rookies. There is an intensity about him. We’ve said this really kind of from Day 1 when we started in camp, but he’s cut the right way. He’s all about business and he’s competitive. We love his attitude. He’s all ball, he’s all business and he’s tough.”

The 17th receiver taken in this year’s draft, only Miami’s Jaylen Waddle has more receptions (99) than Amon-Ra and only Cincinnati’s Ja’Marr Chase (1,429), Waddle (988) and Philadelphia’s DeVonta Smith (875) have more receiving yards. Waddle, Chase and Smith were all top-10 draft picks.

“Seeing so many receivers go before me, that feeling that I had inside, I can’t even explain it. It was gut-wrenching,” Amon-Ra said of draft day. “It does motivate me. Every time I’m doing something well, people are patting my back, I just think of those 16 (receivers) that went before me and how I felt. That just keeps me going.”

His big brother has his own reasons to stay motivated. In their first meeting — a 35-17 Packers victory on “Monday Night Football” on Sept. 20 — Amon-Ra caught three passes for 10 yards while playing 34 of the Lions’ 57 offensive snaps, while Equanimeous, elevated from the practice squad for game day, played only six offensive snaps and had one catch for no gain.

Now, with a Super Bowl to chase and an uncertain future as free agency looms after the season, Equanimeous should see ample playing time with star wide receiver Davante Adams expected to only play early in the game, if at all. It could be valuable film for Equanimeous, who is auditioning not only for the Packers to bring him back next season, as none of the Packers’ other top receivers (Adams, Marquez Valdes-Scantling, Allen Lazard, Randall Cobb) is under contract for next year, either.

“I’ve worked hard my whole life. I believe in myself, and every chance I get, I’m going to show what I can do and put my best foot forward,” Equanimeous said. “I’m on a good team, he’s on a bad team. It is what it is. We know that. I’m just looking forward now to making a Super Bowl and winning it, and then he’s looking forward to going home, I guess.”

When, where: Noon Sunday, at Detroit.

‘I think he’s a bum’: Aaron Rodgers responds to NFL MVP voter who called him a ‘bad guy'

“His problem is I’m not vaccinated," Rodgers says of Chicago's Hub Arkush. "So, if he wants to go on a crusade and collude and come up with an…

To play or not to play? For Packers, it may be a matter of how much, not if

"All our guys that are playing, which is the majority of our team, they’ve got to go in with the mindset that they’re going to play the entire…

Opting to avoid rust rather than having his guys rest, Matt LaFleur has a plan for Packers’ regular-season finale

The coach intends to have Aaron Rodgers, Davante Adams and the rest of the starters prepare for and play against the Lions.

“I thought he looked really good,” Packers coach Matt LaFleur of David Bakhtiari after Friday's practice. “But we’ll see how he comes in (on S…

David Moore, who held the job last week, is on the practice squad’s reserve/COVID-19 list.

Columnist Jim Polzin breaks down what he liked, what he didn't like and what it all means after the Packers fell to the Lions 37-30 in their r…

Grading the Packers: Defense marked down for getting tricked twice; coaches lauded for balancing rest, rust

For a team that already had secured the NFC’s No. 1 seed, and the conference's lone first-round bye, Sunday’s 37-30 loss to the Lions still ch…

For as eager as Bakhtiari had been over the last two months to get back into game action, Green Bay's five-time All-Pro left tackle was ready …

Packers wide receiver Equanimeous St. Brown has seven receptions for 76 yards this season. He's caught 35 passes for 521 yards and one touchdown since his arrival in 2018.