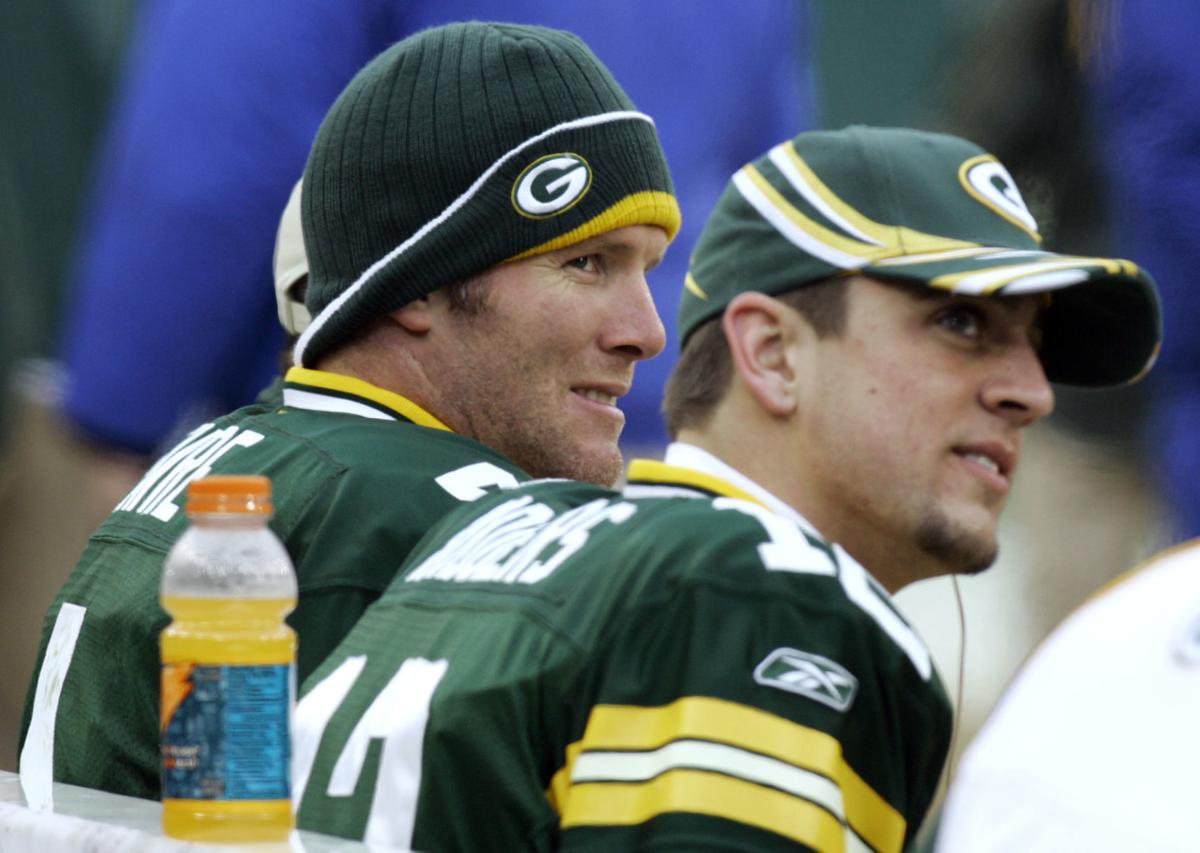 Green Bay quarterbacks Brett Favre (left) and Aaron Rodgers on the bench during the second half of the Packers' game against the Seattle Seahawks at Lambeau Field on Jan. 1, 2006. It was Rodgers' second year in Green Bay and Favre's second-to-last year as the starter for the Packers. 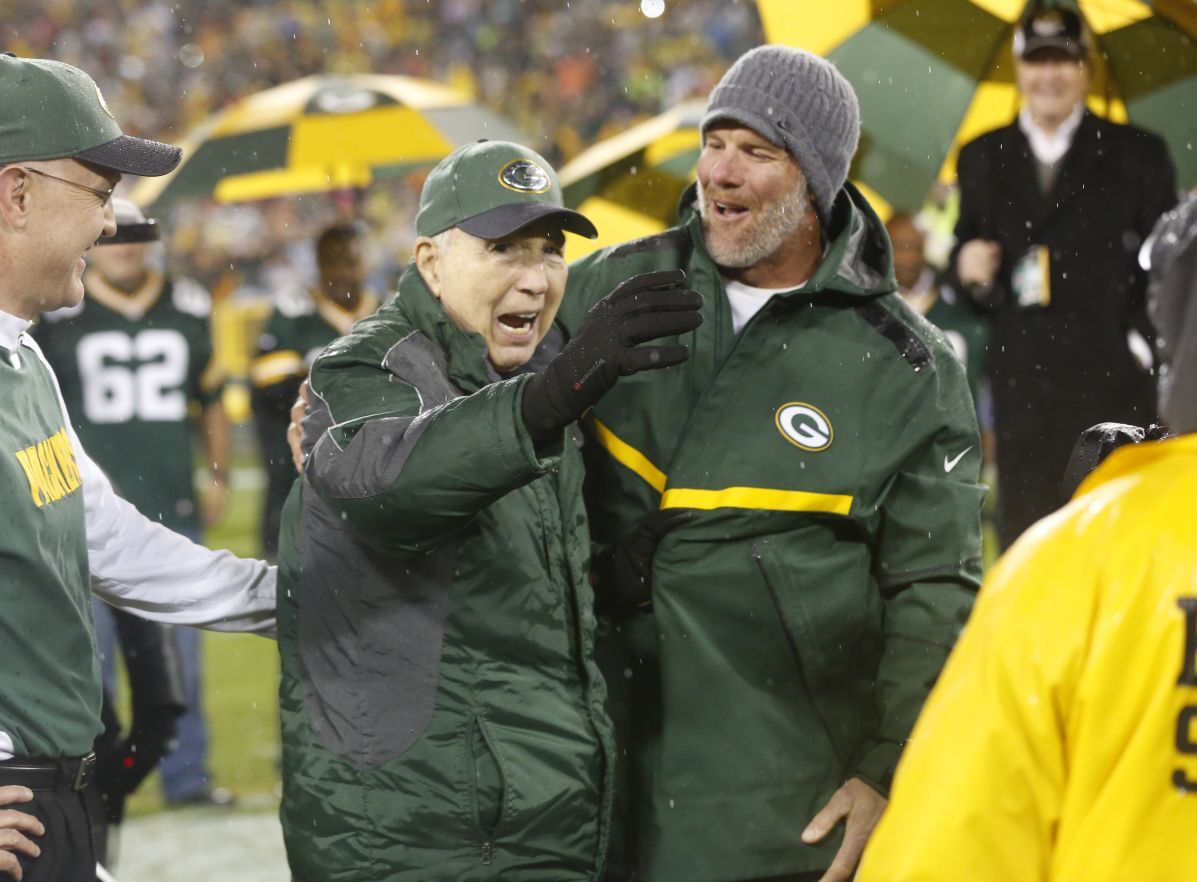 Brett Favre smiles with Bart Starr during a ceremony at halftime of the Packers-Bears game on Thursday night at Lambeau Field. Favre’s retired No. 4 and name were unveiled on the stadium’s ring of honor during the ceremony, which took place amid a driving rain.

Three Green Bay Packers quarterbacks — Aaron Rodgers, Brett Favre and Bart Starr — were among the 22 finalists at quarterback for the NFL's All-Time Team.

But only Favre made the top 10 announced Friday night on NFL Network.

Members of a special panel of 26 selected the 10 for the position as part of the NFL's celebration of its 100th season. All won league titles except Marino. All are in the Hall of Fame except Brady and Manning, who are not yet eligible.

On Friday night, quarterback was the final position revealed for the All-Time Team.

Although Graham actually won seven championships — four in the All-America Conference and three in the NFL — Brady owns the most in the NFL with six Super Bowl rings. He's a four-time Super Bowl MVP and a three-time league MVP. The Patriots have won their 11th straight AFC East crown with Brady behind center. At 42, he has yet another chance at a title.

"It is pretty amazing, and look at all the names and so many of the guys I looked up to over the years that were my idols and heroes," said Brady, who grew up in Northern California rooting for Montana. "I am glad I am still doing it, too."

Favre also grew up watching the NFL and idolizing another man on the All-Time Team.

"When I was a little kid, I wanted to play pro football. I wanted to be Roger Staubach," Favre said. "That is who I looked up to and who was my favorite player, and he's still my guy. To be able to do exactly what I wanted to do and accomplish so much ... have all the passing records (when he retired)? Are you kidding me?"

Favre is the only player to win three consecutive NFL MVP awards.

Rodgers, Brady and Drew Brees were the three active players among the 22 finalists. The group includes 18 Hall of Famers, the three active QBs and Manning, who is not yet eligible for the hall.

In all, the 22 finalists account for 33 Super Bowl championships, plus 19 Super Bowl MVP honors. Collectively, this group has thrown for 904,181 yards and 6,317 touchdowns.

The 10 who will be chosen to the team by a 26-member blue-ribbon panel will be revealed Friday night.

Green Bay quarterbacks Brett Favre (left) and Aaron Rodgers on the bench during the second half of the Packers' game against the Seattle Seahawks at Lambeau Field on Jan. 1, 2006. It was Rodgers' second year in Green Bay and Favre's second-to-last year as the starter for the Packers.

Brett Favre smiles with Bart Starr during a ceremony at halftime of the Packers-Bears game on Thursday night at Lambeau Field. Favre’s retired No. 4 and name were unveiled on the stadium’s ring of honor during the ceremony, which took place amid a driving rain.