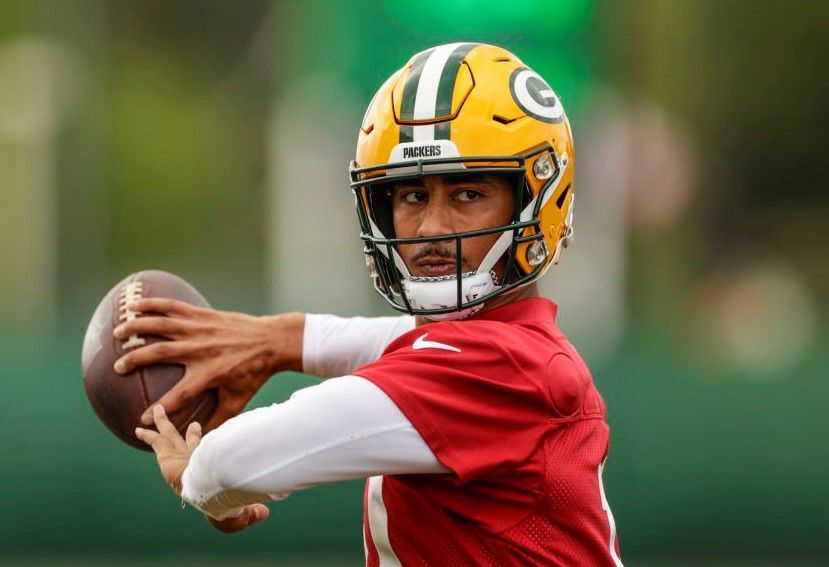 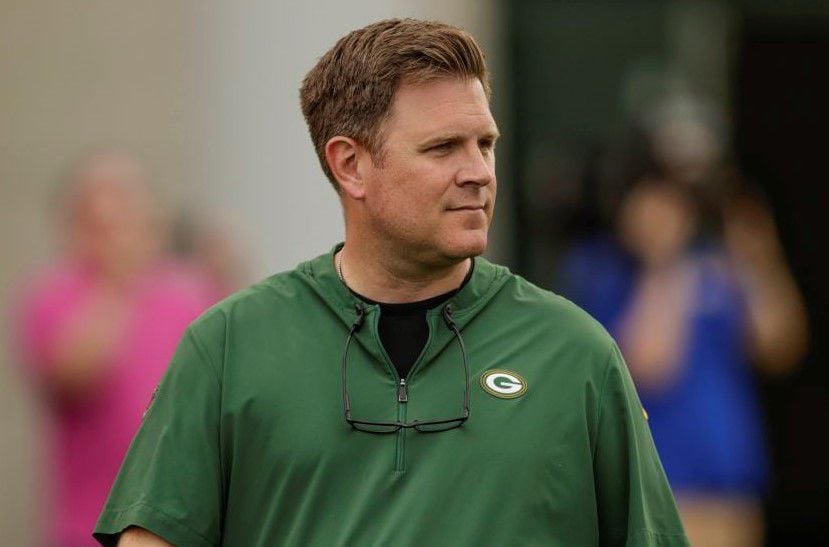 GREEN BAY — Near the end of practice Tuesday, Jordan Love dropped back to pass during a 7-on-7 period. He looked left, then gradually worked his way across Clarke Hinkle Field to his second and third receiving options before finally throwing a shallow pass to Reggie Begelton on his right.

The Green Bay Packers second-year quarterback — perhaps by design as part of the slower-than-usual tempo of practice or perhaps because his coaches had wanted him to be deliberate in his reads — had gone through his progressions in a less-than-expedited manner. In short, it looked nothing like it does when the Packers’ usual No. 1 quarterback — Aaron Rodgers, their 16-year veteran, their three-time NFL MVP and their future Pro Football Hall of Famer — is running the offense.

Such is the state of the Packers’ affairs this offseason as a disgruntled Rodgers stays away from an offseason program he’s never skipped before, allowing Love — after a wasted rookie season in which the COVID-19 pandemic sent this part of the football calendar into the virtual realm, and he never even got to wear his No. 10 jersey on a game day — to get plenty of extra work he desperately needs.

It was general manager Brian Gutekunst’s decision to trade up and select Love in the first round of the 2020 NFL draft (No. 26 overall) that created the hard feelings between Rodgers and the front office — a group which Rodgers pointedly left out during an ESPN SportsCenter interview Monday night, when he rattled off how he loves his teammates, coaches, the fan base and even Love himself.

While Packers coach Matt LaFleur tried to keep the focus off of the Rodgers saga and on the on-field work that was wiped out last year, he did acknowledge he had indeed watched Rodgers’ interview with Kenny Mayne. The coach reiterated how much he wants Rodgers to work through his displeasure with the front office and return to the team.

“Aaron definitely knows how we feel about him, how he’s such an important part to our football team, such an important part to our organization,” LaFleur said during a post-practice Zoom call with reporters, during which he tried to deflect most Rodgers-centric queries. “We’re just going to continue to try to work through this and hopefully can get him back in the building at some point.”

Until then, and with veteran Blake Bortles not taking part in Tuesday’s practice, it’ll be a Love fest, with the Packers trying not to let the distraction of Rodgers’ uncertain future detract from their work.

“I just want to keep it about the guys that are here right now, and I think Jordan, you can tell he put some work in this offseason on his own,” LaFleur said. “I think the ball is really jumping out of his hands well right now. (But) it’s Day 2 of OTAs, and the team periods, they’re not full speed. We’re excited about some of the progress we’ve seen with him, but certainly there’s a long way to go there.”

LaFleur said his message to the players was to remain “focused on the things that they can control.” That appeared to register with them, considering the three players who spoke with reporters (defensive tackle Kenny Clark, running back Aaron Jones and safety Adrian Amos) all parroted a version of their coach’s phrase.

Even so, Amos acknowledged it’s impossible to ignore the disconnect between one of the NFL’s all-time great players and the only organization he’s ever played for.

“Yeah, I follow it. I’m not saying I just shut it out completely. I follow it. But it’s one of the least of my worries right now,” said Amos, who also voiced his support for Rodgers.

Asked if he expects Rodgers to be back at some point, Amos replied: “I haven’t heard him say anything other than that, so I expect him to be. But I’m not going to go home and cry if something else happens. I’m just playing it day-by-day.

“Of course, you want one of the greatest — if not the greatest — quarterbacks ever on your team. You want him out here. But everybody has to go about their business, and I’m not going to knock anybody for getting what they feel they deserve.”

In the meantime, Love and No. 4 quarterback Kurt Benkert ran the offense, and Love’s offensive teammates did see progress — even as Love worked without any of the team’s top receivers: Davante Adams, Allen Lazard, Marquez Valdes-Scantling, Equanimeous St. Brown and Devin Funchess all were absent from the voluntary workout.

“You can tell he’s just a lot more comfortable out there, even from communicating in the huddle (and) the command of the huddle,” Jones said. “He’s had time to watch and learn, so you can tell it’s a little bit different from what it was before. He’s going to continue to grow, and I’m happy to be here working with him.”

That said, LaFleur made no attempt to hide how far Love has to go while praising the improvement he has seen.

“He’s definitely matured over the course of the year,” LaFleur said. “You can tell that he’s put in the time this offseason, not only just lifting and running and coming in in good football shape, but also you can tell he’s put in the time in his craft in trying to continue to work on his mechanics, his fundamentals that are so critical to playing the position at the highest level possible.

“He’s still got a lot to learn. I think he can tell you that. But he’s going to take it one day at a time. He goes out there with purpose. I like his mindset right now.”