GREEN BAY — The spike was one of frustration, not celebration. Anyone could see that. It was obvious from the moment J’Mon Moore slammed the ball to the Lambeau Field turf Thursday night, perhaps the angriest reaction to a 1-yard touchdown in the Green Bay Packers’ century of football.

Beneath his No. 82 jersey, inside the Packers second-year wide receiver, a somewhat toxic concoction of emotions was brewing.

Up to that point in the preseason game, Moore had struggled — and that’s being kind. He’d stumbled and stopped his route on what would have been a long completion, irritating quarterback DeShone Kizer; bobbled and barely controlled an easy reception on an out route on the sideline; and dropped what should have been a touchdown just a few plays before the 1-yard score. So after Moore had flung the ball to the ground and eschewed the traditional Lambeau Leap, teammates coming to congratulate him found someone in no mood to hug or high five.

“I really just want to live up to what’s within myself and be better than what I have been,” Moore explained Sunday afternoon, two days removed from the Packers’ 28-26 victory over the Houston Texans. “And that’s by getting better every day. That’s what I plan on doing.”

Sunday was a crucial step. After a disappointing rookie season in which he caught just two passes for 15 yards and saw only 74 snaps of playing time on offense (6.9%), there was an undeniable here-we-go-again vibe to his performance against the Texans. Add to that the way receivers with lesser pedigrees have been making attention-grabbing plays throughout camp — Jake Kumerow, Darrius Shepherd and Allen Lazard, undrafted players all — and the former fourth-round pick could have run a woe-is-me route right to the waiver wire.

Instead, he got his coach and teammates’ attention with a bounce-back performance during Sunday’s 2-hour, 7-minute practice.

“I thought today he came out with a whole different energy. And I thought his play reflected that,” coach Matt LaFleur said. “He made some nice plays in there today. The game was a little so-so for him vs. the Texans, but I thought if he attacks practice like he did today, with that energy, with that attitude …

“He’s a talented guy. So, he got better today and that’s what the challenge is for him each and every day. Can you attack it with that same mindset? … I thought it was the best practice he’s had all year.”

Added veteran cornerback Tramon Williams, who covered Moore at different points Sunday: “He wants to be good. That’s one thing I do know about J’Mon. You just continue to encourage him. Has a lot of ability — a lot of ability. He’s kind of fighting his way through the ups and downs, and that’s part of it as a young receiver. No matter how bad you think it is, it’s never that bad. It’s never that good when you think it’s good, either, but you have to stay even-keeled. I think that’s one of the things he’s going to learn within the ups and downs of his game. You can’t get too low when you’re struggling. You just have to keep working.”

Told of LaFleur’s comments after practice, Moore acknowledged he came to work with greater determination and focus than he has on other days. Seemingly more self-aware and self-critical than most 24-year-olds, Moore certainly took ownership of the inconsistency he’s shown — just as he acknowledged late last season “I wouldn’t play me, either” as he fell down the depth chart behind fellow rookies (and later draft picks) Marquez Valdes-Scantling and Equanimeous St. Brown as he struggled with the playbook.

“Before I went sleep last night, I just kind of had a talk with myself. I thought about a lot of things — what I want people to think of me when I’m done with this game,” Moore said. “Self-evaluation is the best evaluation, and I feel like when you can be real with yourself and then go out the following day and remember what you told yourself, that you want to be better, I think that’s how you become better. I’m always real with myself and I know I’ve got a lot more than what I’m putting on display right now.

“I feel like a lot of people are frustrated with me, and I’d be frustrated, too, especially me knowing what I can do and what they brought me here for. I’m just trying to take it day by day. I’m trying to grow. I just came out today ready to attack. I’m going to focus in, and I’m going to get better.”

Whether Moore backs up his words with actions will decide where his Packers career goes from here. And he seems to understand that.

“I feel like there’s definitely a line between being too confident and being too humble. (If you’re) too confident, you feel like you’ve it all figured out. That’s not being humble,” Moore said. “You definitely have to find that line in between to where you can have some swag and still understand that you were blessed and somebody put that in you. (I’m) definitely finding that line, for sure.

“You want to go out there and be your best every day and showcase the best, and I can do that. That’s what they brought me here to do, and that’s what I had inside of me. So that’s what I plan on doing.”

Head coach Matt LaFleur struck a balance between acknowledging quarterback Aaron Rodgers’ issues with the joint practices while also making it clear he found a lot of value in them.

As most starters sit, Packers get good look at DeShone Kizer, Tim Boyle in win over Texans

With 16 preferred starters sitting, Green Bay's 28-26 win over Houston was in no way, shape or form an accurate depiction of what the team could look like when the season starts.

The Packers quarterback had to like what he saw from the undrafted rookie free agent — especially Shepherd’s terrific 14-yard touchdown catch late in the first half.

Underestimate Packers wide receiver Jake Kumerow at your own risk

Jake Kumerow has impressed throughout training camp — just as he did last year — entering Thursday night’s preseason opener against the Houston Texans at Lambeau Field.

With the Green Bay Packers having marked the 100th anniversary of the franchise's founding on Sunday, Jason Wilde ranks the five most importan…

When Aaron Rodgers plays in preseason, Packers — including Brian Gutekunst — hold their breath

Aaron Rodgers and the rest of the offensive and defensive starters are slated to play “a quarter or so” Thursday against the Baltimore Ravens, head coach Matt LaFleur said.

With fullbacks valued in Packers' offense, Tommy Bohanon knows he has a shot

Matt LaFleur likes to use “21” personnel — two running backs, one tight end, two receivers — and change personnel groupings extensively, so not having a fullback is problematic.

For Packers' DeShone Kizer, it’s about ‘kicks, not picks’ — and finding consistency

As DeShone Kizer he enters his third NFL season, his circumstances so far have sorely lacked consistency — and so has his play.

"No long-term concerns," coach Matt LaFleur said. "This is all precautionary. You never want to put him at risk, put him out there, if he's not 100%."

Photos: With Aaron Rodgers out, Packers can't hang with Ravens in preseason matchup

As quarterback Aaron Rodgers sat out with back tightness, the Green Bay Packers lost to the Baltimore Ravens, 26-13, in a preseason matchup Th… 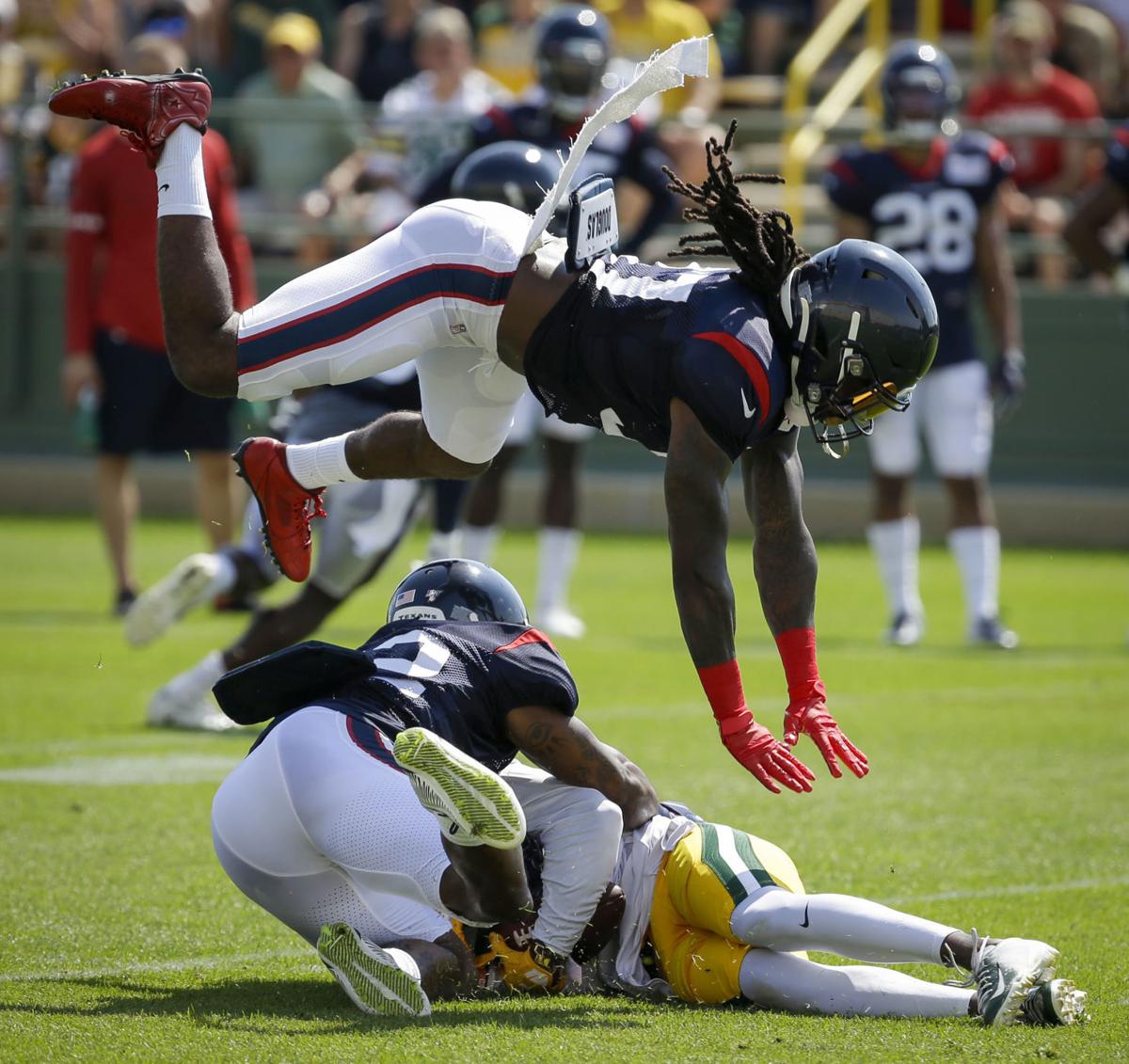 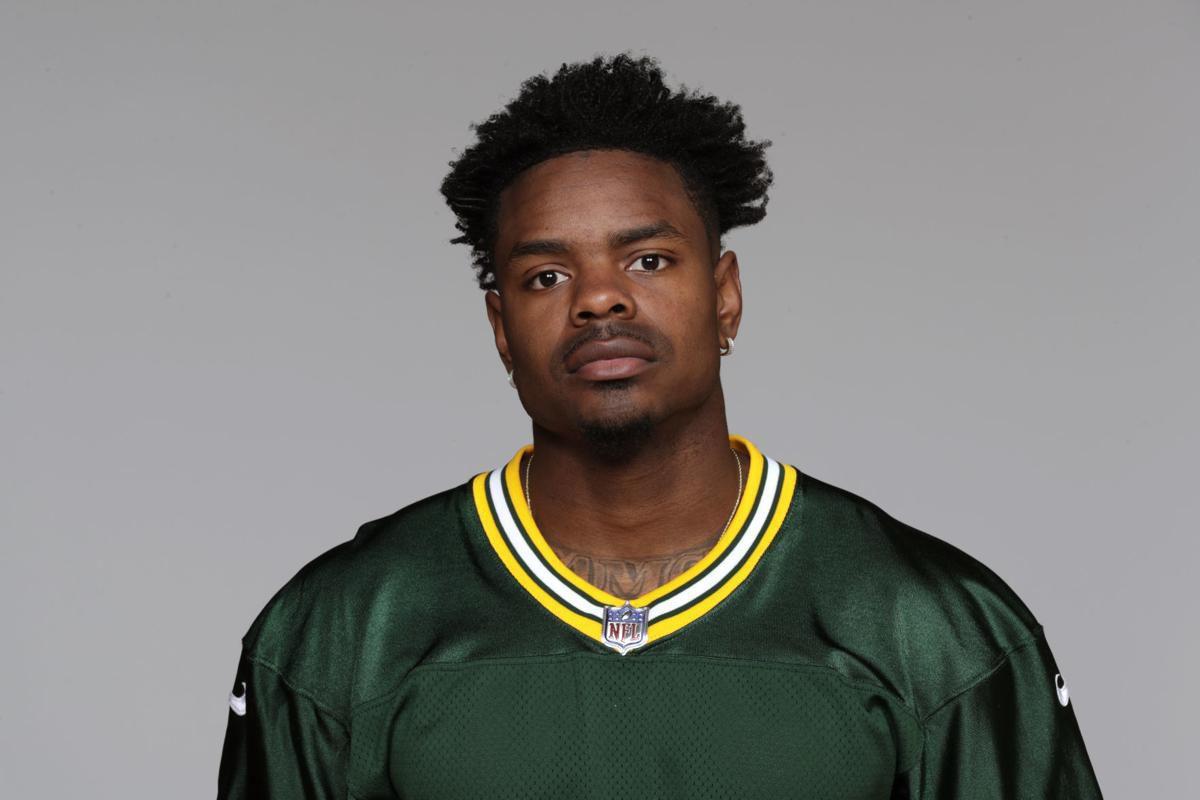