That Jim Leonhard’s name was mentioned more than any other during Luke Fickell’s Zoom call Sunday evening speaks to the one big question that has hovered over the University of Wisconsin football program for the past week.

Is Jimmy coming back to UW despite being passed over for his dream job, which went instead to Fickell?

That answer remains unclear, even though a report circulated over the weekend that Leonhard has made his decision and will return. I’m told a final decision hasn’t been made, and Fickell essentially confirmed that during a news conference that was supposed to be about the Badgers (6-6) taking on Oklahoma State (7-5) in the Guaranteed Rate Bowl on Dec. 27 in Phoenix.

“I definitely opened the door for Jim to be here,” Fickell said, “and he’s got to kind of weigh the options.”

The silence from UW and Leonhard is telling, and no, it has nothing to do with a state law that requires jobs to be posted for seven days. Plus, why wouldn’t players have heard from Leonhard if he had made a decision? We reached out to several people over the past two days and none had been told by Leonhard that he was coming back.

Here’s what I do know: Leonhard has been offered the defensive coordinator role on the Badgers' staff. That staff also will include two Cincinnati assistants who are joining Fickell at UW: Mike Tressel, the defensive coordinator for the Bearcats, and co-defensive coordinator/safeties coach Colin Hitschler. UW hasn’t officially announced the hires of Tressel and Hitschler — and it remains to be seen what their exact roles will be on Fickell’s new staff, especially if Leonhard stays — but they already are listed as employees on the school’s online directory.

There’s a lot we don’t know because Leonhard hasn’t returned text messages and voicemails left for him all week. But I’ve spoken with enough people over the past seven days — and spent way too much time thinking about a situation that’s been fluid all week — that some educated theories can be made at the end of a week mostly filled with silence from the important parties.

The most logical explanation is that Leonhard is holding out for a deal that makes the most sense for him. I’m not talking about money, though that has to be a consideration for Leonhard.

He’s earned the right to be picky after being one of the hottest defensive coordinator names in the country for the past five years or so. As Fickell said of Leonhard on Sunday, “He’s had a million options and he’s got a lot of things he could do.”

Leonhard would love to stay at his alma mater, as he’s proven time and again over the years. He and wife Katie have three young boys and a nice home on a piece of land west of town. The idea of bouncing around from job to job doesn’t appeal to Leonhard, who was uprooted several times during a 10-year NFL career.

But this isn’t a no-brainer for him, either, because the situation has changed. UW coach Paul Chryst didn’t meddle in Leonhard’s business, giving him full autonomy with a defense that consistently has been ranked among the best in the nation in all the major categories.

Fickell is a coach with a defensive background and may not be willing to give Leonhard full say in what’s being run.

Other questions for Leonhard to consider:

How much say does he get on the hiring of defensive assistants?

How much time will he be expected to spend on the recruiting trail?

Is this interest real or is Fickell using him to bridge a gap as several UW players ponder their future? Having Leonhard around just might be the incentive they need to keep their toes out of the transfer portal.

Leonhard has been in a position of strength at UW for a while because of his value to the program, but I’d argue that bargaining power never has been greater than it is right now. UW athletic director Chris McIntosh put Leonhard in a tough spot Oct. 2 when Chryst was fired, but the carrot dangling out in front of the former UW great as he filled the interim role was the chance to run the program himself once the season was over.

My read on Leonhard over a stretch in which he went 4-3 and helped UW continue its bowl streak was that he seemed like a guy who thought he had done enough to earn the job and actually believed he was going to get it. McIntosh had something else up his sleeve, but would UW alienate Leonhard and his fans even more by not rolling out the red carpet for him to make sure he remained with the Badgers?

What does Fickell really want?

On the flip side, McIntosh can’t hire Fickell, then tell him to bend over backward for the program’s golden child.

If you’re Fickell, do you really give Leonhard full say on defense? Do you tell a guy you’ve known for, oh, a week that he can run whatever he wants and hire whomever he’d like? Are you concerned about a divide in the locker room between Leonhard loyalists and Fickell newcomers?

And where do Tressel and Hitschler fit in all of this?

If this were anybody other than Fickell and Leonhard, my answer would be easy: no.

But Leonhard loves this place. Always has, always will. And I could see him swallowing his pride and being a team player. Leonhard and Fickell could form a dynamic duo, the man many thought would get the job and the man who actually did. This program, as successful as it’s been, has untapped potential and maybe Leonhard wants to stick around and be part of helping UW unlock it.

Wisconsin football heading to the desert for its bowl game

That said, I’d be asking for a little something-something for my efforts if I’m Leonhard. That UW didn’t pay him anything extra for his eight-week stint in the interim role still blows my mind. He also should consider asking for a new two-year deal that would protect him if Fickell decides after one season that this isn’t working and wants to move in another direction.

From Fickell’s perspective, he’s seen this type of situation work in the past. In fact, he was in Leonhard’s shoes in 2011 after being passed over by Ohio State following one season as an interim coach. Fickell was hurt, just as I’m sure Leonhard is now. But he stuck around, served as Urban Meyer’s defensive coordinator and parlayed that stretch at his alma mater into a sweet gig at Cincinnati.

When will we find out Leonhard’s decision?

I asked Fickell on Sunday when he needed an answer from Leonhard.

“There’s no rush,” Fickell said. “There’s no timetable on this thing. I think when you rush things, you don’t get things done the right way. And I think a lot of that has to do with the comfortability with all of us. So there is no rush.”

But this can’t go on much longer. I believe we’ll hear an answer Monday, one way or the other.

A look back at the day Wisconsin football hired Luke Fickell

Luke Fickell, who made history at Cincinnati, said he believes in the Wisconsin job and alignment with the administration in his first public comments as Badgers coach.

Chris McIntosh hiring Luke Fickell as Badgers football coach is another stunning move but a potentially great one for Wisconsin.

BadgerExtra columnist Jim Polzin offers his thoughts on the Wisconsin Badgers deciding to hire Luke Fickell as their next football coach.

Wisconsin has its next leader, and Luke Fickell needs to upgrade the roster, among several things he needs to prioritize.

5 things to know about Wisconsin football's next coach, Luke Fickell

Luke Fickell was raised on Big Ten football as a player and coach. Here's what he brings as the Badgers' next coach.

Luke Fickell: By the Numbers

The Badgers pick up a new football coach but lose a verbal commitment from a four-star recruit.

A versatile defensive lineman decommitted from Wisconsin on Sunday. He was the second recruit to do so since the Badgers announced Luke Fickell's hiring.

Chris McIntosh's decision to hire Luke Fickell as the next Wisconsin football coach came with mixed reactions from former and current Badgers.

University of Cincinnati coach Luke Fickell will be the 31st coach of the Wisconsin football program. Columnist Jim Polzin took the pulse of B…

A look back at Wisconsin football coach Luke Fickell's career

Wisconsin football is finalizing a contract to hire Luke Fickell as its 31st football coach in program history. Here's a look back at Fickell'… 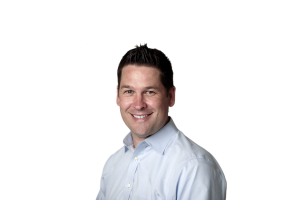 The Badgers will have familiar faces on the sideline when they take on Oklahoma State in the Guaranteed Rate Bowl.

Graham Mertz had an up-and-down career as Wisconsin's quarterback. He announced his intentions to leave on Sunday.

Wisconsin football heading to the desert for its bowl game

The Badgers will face an opponent they've never played before at Phoenix's Chase Field.

The Badgers are losing an offensive line coach who has helped put 14 players in the NFL across two positions.

Luke Fickell's initial contract with the Badgers includes cars, a suite and a country club membership. Here's the full breakdown.

Coaches making a successful jump from the AAC to Power Five programs are more exception than the rule. Just ask Scott Frost.

The Badgers' nine assistant coaches' contracts were set to expire Thursday before a blanket extension.

A fast, powerful tailback decommitted from the Badgers on Monday. He's the third player since Luke Fickell's hiring to do so.

How does Luke Fickell's salary compare to other football coaches who have started at new schools? Here's a look.

The Badgers' sophomore declared on social media his intentions to play for Luke Fickell amid transfer speculation.

Wisconsin's newest football coach stayed within state borders Friday to meet some high school coaches and recruits, and he left a favorable im…

Jim Leonhard will not return to Wisconsin football after bowl game

The Badgers' defensive coordinator since 2017 made his decision public Tuesday night.

Four Badgers leaders were recognized by a panel of voters as being among the Big Ten's best.

The Badgers athletic director and new football coach thanked Jim Leonhard for his efforts at UW.

How Wisconsin football and former quarterback Graham Mertz failed each other

An analysis of the mistakes made by the Badgers football program and its former four-star QB Graham Mertz since he became the starter in 2020.

Davante Adams Wants His Former QB in Las Vegas With Him

Davante Adams Wants His Former QB in Las Vegas With Him