Shanel Bramschreiber was ready to move on to the next chapter of her volleyball career after four years at Baylor. She just never suspected it would be at the University of Wisconsin.

Bramschreiber, a three-year starter at Baylor with the last two as libero, announced last week she would be joining the program as a graduate transfer for her fifth year of eligibility.

That was a Plan B that developed rather rapidly after her original hopes of finding a place to play professionally didn’t materialize.

“So I was thinking, I've got that fifth year left, what if I just throw my name out into the (transfer) portal and see what happens?” she said.

She awoke to about 30 responses the next day after entering the portal late one night. A few more programs reached out over the next couple days, but the number of programs that had open roster spots or a scholarship available was down to about 10-15 given the timing.

Bramschreiber had a pretty good idea of where she wanted to go. She wanted to play in the Big Ten Conference, specifically at either Nebraska or UW if she could.

"I was holding back talking with a majority of (schools) until I heard from either Nebraska or Wisconsin because that would be a dream of mine to play at either of those programs," she said. "I didn’t want to lead anybody on in case things went well with one of them. Thankfully they went really well."

For that, she can thank her mother, Nicole Bramschreiber, who is the recruiting coordinator and co-director of the Madfrog Volleyball club in Plano, Texas. She asked Shanel if she wanted her to reach out to UW recruiting coordinator Brittany Dildine to see if there was any chance there. “I was like, might as well start out at the top,” Shanel said. “Why not? I’m not going to say no to that.”

That quickly led to a phone conversation with UW coach Kelly Sheffield, who expressed interest while at the same time explaining that competition for playing time in the back row figures to be fierce even with the graduation losses of libero Lauren Barnes and defensive specialist Giorgia Civita.

Freshman Gulce Guctekin from Istanbul, Turkey, has been projected as the likely libero, with seniors Joslyn Boyer and Anna MacDonald and junior Sydney Reed in the mix for playing time at defensive specialist. In addition, sophomore Julia Orzol and redshirt sophomore Sarah Franklin, a transfer from Michigan State, are proven six-rotation outside hitters and junior Jade Demps established herself as a major threat as a back-row attacker last season.

There’s also a possibility the Badgers will switch to a 6-2 lineup, which would reduce the opportunities for a defensive specialist to play.

“Coach Kelly was very honest with me from the start,” Bramschreiber said. “He told me about the freshman coming in from Turkey. He said, 'I'm not going to lie to you, she’s really good.' I expect everyone at that program to be really good, so I know this coming in.

“So fighting for a position is going to be tough, but I told him that even if I’m not in the libero jersey and I can be a really solid DS and earn that position, I would love to do that. I really just wanted to be in an environment that could push me and expand my game and my knowledge. I thought he would provide a great environment for that.

“So either way, whether I’m on the court for six (rotations) or if it’s three (rotations) or honestly if I’m just working my butt off every single day with one of the best teams in the country, I’m going to be happy about it. I just wanted to focus on making myself better.

“But at the end of the day, they just came off winning a national championship and I’m sure they’re wanting another one. I’d love to be a part of that, whether I’m on the court or not. I’m going to make sure that the team is first.”

Bramschreiber is plenty familiar with the Badgers and playing at the UW Field House. She’s played three matches against the Badgers after missing Baylor’s 2018 match against UW following wrist surgery that caused her to miss much of her freshman year. The teams met twice in 2019, including the national semifinals, won by UW in four sets, and again during the pre-conference season in 2021. She had a match-high 17 digs in that contest. She also played two other matches last season at the Field House against Minnesota, including her final match with the Bears in the Sweet 16.

“They’re fond memories, for sure,” she said. “I always looked forward to playing them. Going up against Dana Rettke is pretty memorable, if you ask me, and seeing players like Sydney Hilley and back-row people like Tiffany (Clark) and Lauren Barnes. There’s a lot to learn from that team, and whenever we’d go back and watch film, there were great pieces of information to admire on their side. I always respected them.”

She played every set the rest of her career after her injury-shortened first season. She was a DS as a sophomore before taking over as libero as a junior, when she was named All-Big 12 first team and the conference Libero of the Year. She averaged 3.63 digs per set as a junior and 3.36 as a senior.

She earned an undergrad degree in communications in three years and completed her master’s in sport management in 1½ years. She aspires to a career in sports broadcasting, but she first would like to make another run at playing professionally, knowing it can be difficult for a libero to get a spot on a team in Europe, where the number of Americans on a team is restricted.

She also someday might follow in the footsteps of her mother and try coaching volleyball. She’s getting a taste of it this summer, coaching the Madfrog 12-year-old team that includes her youngest sister, Aleyna. Her other sister, Cecily, is a sophomore at TCU.

“My mom has been doing it for a long time,” Bramschreiber said. “Hopefully I can be half as good as she is at what she does.”

The Badgers will open the season Aug. 26-27 with matches against TCU and Baylor in Fort Worth, Texas.

Former Wisconsin volleyball star Sydney Hilley has gotten a taste of life as a professional volleyball player. Here's a look at what she's been up to since leading the Badgers to the national title.

The 6-foot-2 Jardine, from Highland, Utah, played in 14 matches in her freshman volleyball season for the Badgers.

It was a process that started at 9 a.m. and continued for more than four hours in a variety of venues at the Big Ten Network offices in the historic Montgomery Ward building located in Chicago’s Near North neighborhood. Over that time they would field questions both silly and serious, with several of them coming up at virtually every stop along the way.

Kelly Sheffield admits "I’m not any good" at playing volleyball. But the Wisconsin coach soaked up everything he could about the sport when he got into coaching it decades ago.

'We're all the way in' on volleyball. Those words convinced Kelly Sheffield to be Wisconsin's coach

Wisconsin AD Barry Alvarez "was really impressed" when he interviewed Kelly Sheffield for the open volleyball coaching position in 2012. A conversation at Alvarez's house closed the deal.

"How do you have the lowest of lows and the highest of highs at the same time?" Wisconsin volleyball star Dana Rettke asked herself during UW's national championship run. 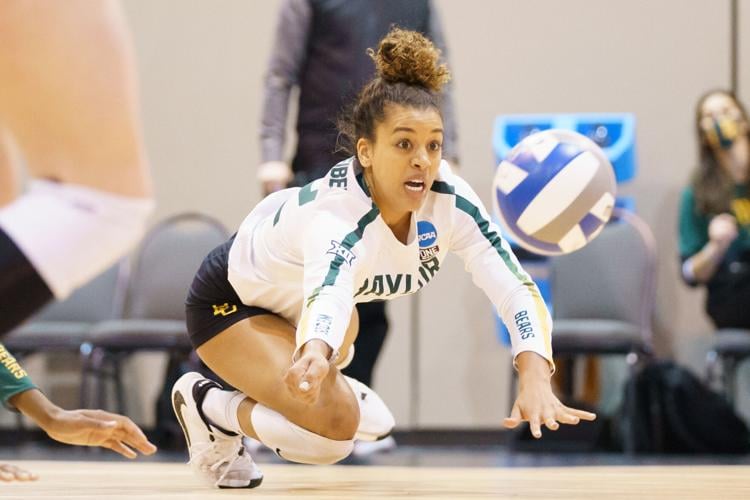 Baylor libero Shanel Bramschreiber lunges for a dig attempt in a three-set loss to Nebraska during the 2021 Sweet 16 in Omaha, Neb. 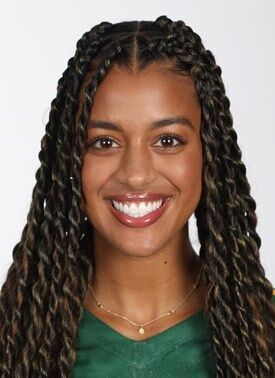