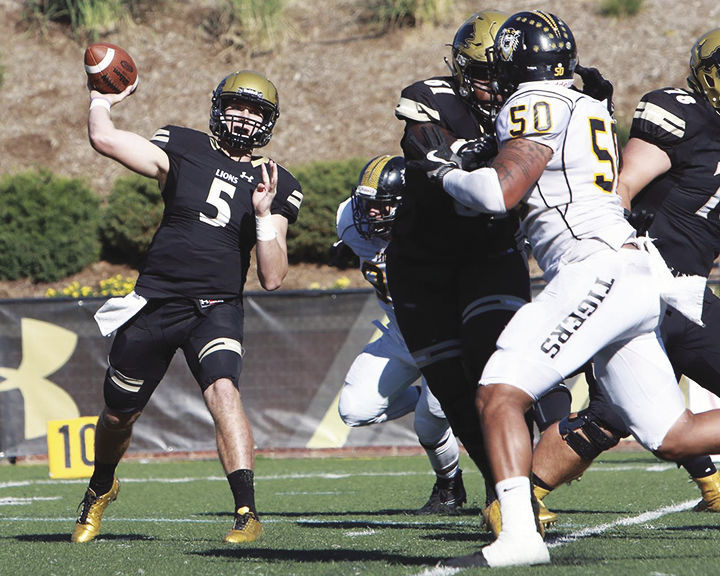 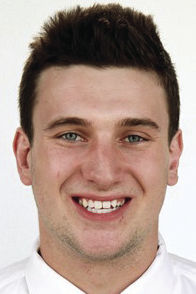 The UW-Whitewater football program has built a hard-earned, nationally recognized reputation of winning conference championships and competing for national championships on an annual basis.

That success is built in off-season and in training camp, when Warhawks hopefuls compete for roster spots, starting positions and playing time.

This year, one of the Warhawks’ key internal competitions is taking place at the quarterback spot.

What started as a mix of seven quarterbacks in the arms race has turned into a showdown between two talented transfers: redshirt sophomore Zach Oles, a transfer from Butler University in Indianapolis, and redshirt junior Max Meylor, a Mount Horeb native who has transferred from Lindenwood University.

Their battle is one of the biggest talking points surrounding a team that finished a game short of making it to the NCAA Division III championship game last winter. And it's possible fans won't find out who won the battle until the Warhawks open the season on Saturday with a 2 p.m. home game against the University of Dubuque.

“It’s the $10,000 question. Coming into last spring, we had about six or seven quarterbacks in camp, all very talented. You’ve got juniors, sophomores, freshmen, everybody,” said Warhawks coach Kevin Bullis — who still had not named a starter as of his Wednesday teleconference.

“Then, coming into the summer and fall, Max Meylor and Zach Oles kind of separated themselves from the group. During the course of this fall, those two have really maintained that gap.”

Oles and Meylor both competed for starting jobs at their previous schools. Oles was in the running for the starting job last fall, while Meylor was playing his second year at Division II Lindenwood.

Although their paths to Whitewater are different, as are their playing styles, Bullis believes it’s a very good problem to have to choose between two talented, experienced quarterbacks.

“We’re very fortunate … to have them both,” the coach said. “Zach is kind of the gritty, hard-nosed, blue-collar quarterback. Max is that high-energy, great athlete (who) played basketball. They both kind of bring different pieces to it, and it’s been awesome to see.”

Even with their differences, the two have similar feelings as their six-month competition comes to an end with Saturday’s season opener the nearly six-month long competition. The competition and importance is obvious, but both Max and Zach feel that it brings out the absolute best of them.

“It’s been very competitive, head-to-head all the time,” Oles said. “Only one spot to compete for, and we’re both giving it everything we got. It’s intense, but it definitely brings out the best in you.”

Meylor also enjoys the competition, and recognizes that there can really be just one starter in the program.

“It’s a lot of fun, but it can be hard. You don’t know exactly who is doing what, and who is getting which rep, but it’s going to play out, and we both need to be ready to play, no matter what,” the Mount Horeb native explained.

From an outside perspective, one of the coolest things about the competition is that no matter how hard and intense it gets, the two spend a lot of time together off the field, as friends.

“We’re always with each other, and we always know what we are working for and trying to do,” Oles said. “When we have free time, we try to hang out, and do some things to take our minds off it a little bit.”

While both players know their personal goals are important, they understand that the main task is to do whatever it takes to help the offense — a lineup that returns nine of 11 starters from a team that averaged 41.6 points and 443.5 yards per game last season.

“Something I’m very proud of (is that) you could see how a competition like that could kind of get in the way of their relationship, but those two truly help each other,” Bullis said. “They know what is best for the greater good of this team.”

Oles was a part of the successful 2018 team, but the tradition of the Whitewater program is new to Meylor. It’s something he clearly relishes.

“At Lindenwood we didn’t win too much,” Meylor said with a smile. Last year’s Lions team went 4-7. “I’m excited to just compete, and hopefully win the WIAC, and then bring on the playoffs.”

As for the rest of a team with high aspirations, the Warhawks certainly will not lack in the talent department, as the group of returnees includes 14 players who were named all-conference in 2018. That list is highlighted by first-team offensive lineman Quinn Meinerz, wide receiver and Cambridge native J.T. Parish, and running back Alex Peete.

The offensive skill positions rank among the biggest strengths of the team. Running backs include Peete, captain Ronny Ponick and the explosive Jarrod Ware, who returns from an injury-plagued 2018 to add to the Warhawk backfield.

Coach Bullis had a lot to say about both groups, highlighting the wideouts.

“There’s a camaraderie in that room that is ridiculous,” Bullis said. “They challenge each other, their productivity is impressive, and they just do some amazing things in practice.”

A possible weakness could be losing eight starters on defense, but Bullis says he has faith in the returning starters, as well as players who will see an increase in their snap count and rotations.

“Defensively, there’s a little immaturity there, compared to the offense,” Bullis said. “We lost a lot of starters from a year ago, but a lot of guys that we have here this fall have played a lot of game snaps for us. We’ve seen a lot of progress on both sides of the ball, and I like what I’ve seen so far.”

Much of the defensive responsibility will fall on senior captains Jacob Erbz and Nate Tranel, as well as fellow senior linebacker Matt Anderson.

“You look at guys like Erbz, Anderson, you’re going to hear their names even more, (and) Nate Tranel … Most of those guys were in a rotational role or even starting, but now they’re going to get the lion’s share of the snaps and leadership opportunities,” Bullis added.

Add it up, and it’s no surprise that Whitewater was picked to win the WIAC title by conference coaches, followed by UW-La Crosse and UW-Oshkosh.

But when members of the Warhawks are asked about their competition, everyone from the coach to the quarterbacks to the receivers give credit and praise to the whole conference, repeating that no game is easy and the focus must be there every week.

For a team with national championship aspirations, focus needs to be in the highest order. And that task is achieved one snap at a time, starting with who is under center.

The University of Wisconsin-Whitewater Warhawks lead the way in Wisconsin Intercollegiate Athletic Conference football projections, and come i…

Get the latest analysis, injury reports and highlights as the Wisconsin Badgers host the Central Michigan Chippewas on Saturday afternoon at Camp Randall Stadium.

State Journal columnist Tom Oates grades the No. 17 Wisconsin Badgers' performance in their 61-0 win over the Central Michigan Chippewas on Saturday afternoon at Camp Randall Stadium.

A quick look at the Wisconsin Badgers' 61-0 win over the Central Michigan Chippewas in their home opener Saturday afternoon at Camp Randall Stadium in Madison.

It looked for all the world like Paul Chryst was sending a message to seventh-ranked Michigan — UW's next opponent — during the 17th-ranked Badgers' 61-0 demolition of Central Michigan on Saturday. That message? This isn't the UW team you remember from last season.

For the third time in the past five seasons, multiple teams will represent the Wisconsin Intercollegiate Athletic Conference in the NCAA Division III playoffs after UW-Oshkosh and UW-Whitewater received bids into the 32-team field Sunday.

UW-Whitewater relies on team unity, effort instead of superstars and stats to reach DIII national semis

This year's Warhawks have neither a big-name standout nor gaudy numbers, but they're back in the national semifinals and hosting St. John's (Minnesota) at 2 p.m. Saturday with a trip to the Stagg Bowl on the line.