The task seemed simple, but it was executed with real contemplation.

Max Johnson had to pick three numbers last offseason as part of his onboarding with the University of Wisconsin men’s hockey team.

This lottery was for the jersey he was going to wear after four years of putting on No. 10 at Bowling Green. That number isn’t available at UW because it was taken out of service in honor of Mark Johnson in 2019.

The first two choices Max Johnson submitted to UW’s staff were Nos. 9 and 6. He chose No. 8 as his third pick — grudgingly, it should be noted.

“I didn’t want it because I knew the stress that it would be, the shoes I would have to fill,” Johnson said.

Cole Caufield wore No. 8 in the previous two seasons with the Badgers, winning the Big Ten scoring race both times and the Hobey Baker Award as the nation’s top player in 2021.

Milewski on Hockey: A rare double sweep for Wisconsin alters the outlook for both teams

Incoming freshmen Zach Urdahl and Brayden Morrison got Nos. 6 and 9, respectively, with the Badgers this season. Johnson received a text last summer with the news: His name was going to be above No. 8 on the back of his sweater.

The predicted stress and expectations were real, he said.

“Because having to follow in that guy’s footsteps, it’s very hard to do,” Johnson said.

Another number has become important for Johnson, who’ll take the ice with his teammates against No. 4 Michigan on Friday and Saturday at the Kohl Center. He has dropped about 20 pounds since the summer, and improved conditioning has translated into better performance.

“I’ve had a real strict plan with what I’ve been eating and the amounts I’ve been having of carbs, proteins, all that stuff,” he said. “And ultimately, just being hydrated all the time. That’s something I struggled with was not drinking enough water.

“Having that steady routine has just really helped me change my energy and the way I’ve thought about everything going into a hockey game, performance-wise.”

His foot speed has improved with less weight on his 5-foot-10 frame. He was listed at 200 pounds when the season started and is down to around 187.

“I feel like I can get from point A to point B faster than I usually can,” Johnson said. “Honestly, I think it’s good for mental situations, mental choices too, just me being positive about what’s happening with my body and bringing that mood to the team.”

Johnson scored in both games of the series against Michigan State two weeks ago and coach Tony Granato called it his best weekend with the team.

“No question, Max is becoming the player that we thought he was going to be,” Granato said. “I think early on he did struggle. Conditioning might have been part of it. And then the pace on how we play, it was different than where he came from.

“But he’s battled and put himself in a position where, as we go into weekends, we feel he’s going to have impacts in a positive way for our team.”

Johnson, who has four goals and an assist in 20 games, said he entered the transfer portal last offseason because he got complacent at Bowling Green. He scored 19 goals as a sophomore but had just 16 over his final two seasons with the Falcons.

He was looking for a team that would make him earn his way and provide the complementary help in training and nutrition to elevate his game. It helped UW’s pitch to land him that his parents and sister all attended the school. His father, Scott, played inside linebacker for the Badgers in the late 1980s.

Badgers get transfers from Minnesota and Bowling Green, lose senior to pros

“I wanted to fight for a spot,” Max Johnson said. “I just wanted a fire to be lit under me again so I just have that something to look forward to.”

Johnson had a brief experience of trying to make No. 8 work for him last offseason. He said he was approached by an apparel company that wanted to design a logo for him around the number, sell it online and give him a 50% cut.

It lasted a month before Johnson pulled the plug after making “some change.”

The previous No. 8 was back practicing with the Badgers this week. Caufield and Montreal teammate Joel Armia entered the NHL’s COVID-19 protocol list last week while the Canadiens were on a road trip in the U.S. They were able to exit quarantine but couldn’t return to Canada until Friday, so they got in some drills at the Kohl Center and LaBahn Arena.

Johnson said having the NHL players on the ice gave Badgers players a taste of how pros practice. It also could have been a reminder of those big shoes, but Johnson has turned a different direction in that comparison.

“The first half of the year, there was a lot of stress on me,” he said. “But I think I’m starting to find a groove and really get my legs under me, which is helping. I won’t be that No. 8, but I’ll do different things.”

Badgers vs. No. 4 Michigan

A bench-clearing brawl became a symbol of a tense rivalry in 1982. Here are the recollections of those who watched it or tried to intervene when a water bottle led to a fracas between the Wisconsin and North Dakota hockey teams.

Michigan handed the Badgers a three-game losing streak for the second time this season.

The Wolverines completed a sweep, rallying from a second-period deficit to send the Badgers to their fourth straight loss.

The Badgers have asked their goaltenders to do a lot more in the last two weeks than they did in the weeks prior, and the results have been dreary. 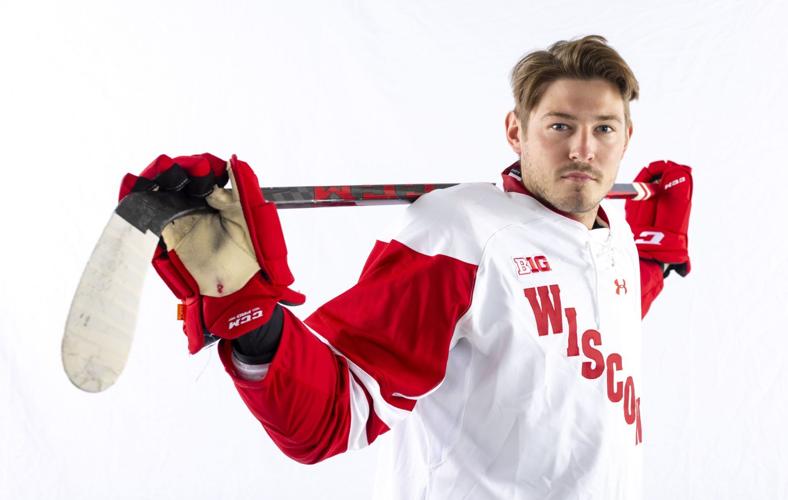 Max Johnson transferred to the Badgers after four seasons at Bowling Green. 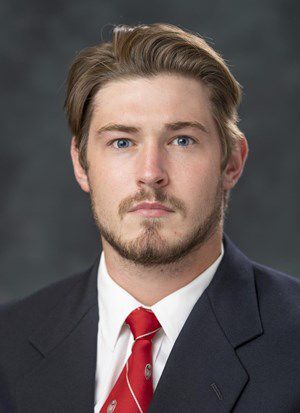