MINNEAPOLIS — Daryl Watts first gave the University of Wisconsin women’s hockey team some life. Then she helped give the top-ranked Badgers extra time to pull out a victory.

Then the senior finished things off Friday against No. 2 Minnesota, boosting her resume for the Patty Kazmaier Award with an overtime goal at Ridder Arena.

Watts’ NCAA-leading 13th goal of the season and second of the game on a 3-on-1 rush finished off a comeback from a two-goal deficit in the third period as the Badgers won 4-3.

“It was a big character moment for us,” Watts said. “It shows us that no matter the score in the third period, no matter who we’re playing, no matter where we’re playing, we can come back and we can win. Moving toward the end of the season, I think that’s huge for us.”

Watts fired past Minnesota goalie Lauren Bench’s blocker to give the Badgers their longest winning streak against the Gophers at five games.

With the Badgers trailing 3-2 in the final minute of the third period, Watts calmly skated to the net from the left side and set up Britta Curl for a tying score with a cross-crease pass.

“A good player that has a lot of confidence in her abilities,” Badgers coach Mark Johnson said of Watts. “The game’s slower for her than it is for somebody else.”

Defenseman Madeline Wethington scored nine minutes into the game to give the Gophers (9-5, 9-5) their first lead over the Badgers in three games this season. Badgers goaltender Kennedy Blair didn’t appear to see her shot from the left boards, and it touched off the bottom of the crossbar on the way in.

Grace Zumwinkle followed up Abbey Murphy’s shot from the right side in the second period and made it 2-0 on the rebound.

The Badgers got back into it before the second intermission thanks to Watts. She fired a wrist shot high to the short side off a rush up the left wing. That goal extended her goal-scoring streak to seven games. She has 11 goals in that time.

The Gophers extended their lead to 3-1 on the power play in the third period with Crystalyn Hengler’s goal.

Cutting $26 million in expenses covers just more than a third of what the UW athletic department is projecting to lose in revenue this school year.

Lacey Eden scored in her second game, two days after taking part in her first practice with the Badgers.

Eight seniors are eligible for another year because of the COVID-19 pandemic but discussions of whether that'll happen at UW won't take place until after the season, coach Mark Johnson said. 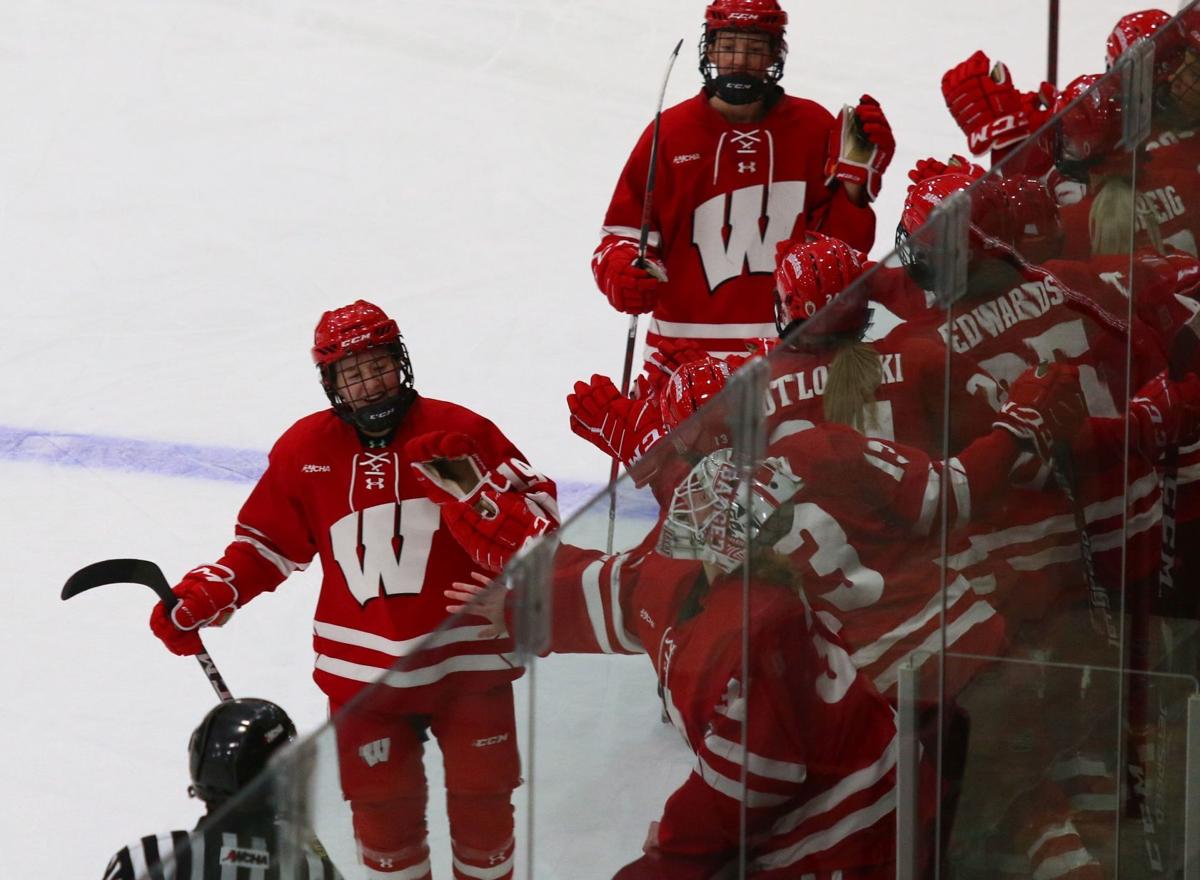 The Badgers celebrate a second-period goal by senior Daryl Watts, bottom left, who later scored in overtime to defeat Minnesota at Ridder Arena in Minneapolis on Friday. 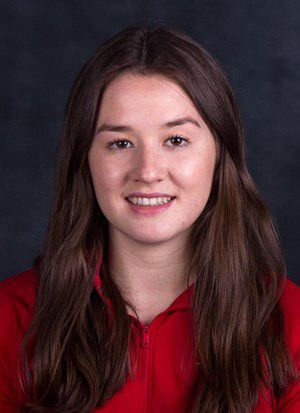