Wisconsin safety Titus Toler details the rehabilitation process from an injury that sidelined him for the 2021 season.

Who emerges to provide necessary depth in the safety room remains a storyline during fall camp, but a returning, familiar face may offer relief this season for the University of Wisconsin football teams.

The Badgers released their fall roster during Big Ten media days on July 27, a list of players that included junior Titus Toler. A school spokesperson said last August the defensive back was “applying for a medical exemption due to injuries” and missed the 2021 season. Now, he returns to the team with a fortunate perspective.

“It feels great,” Toler said. “It’s been a long process, but I’m finally here. I’m just blessed that I had the opportunity to come back. Coach (Paul) Chryst and the training staff had a good plan and we stuck to it and here I am.”

Toler, previously a Colorado verbal commit before signing with UW in December 2018, redshirted his first year in 2019 and played in only two games during the COVID-truncated 2020 campaign. He recorded an interception during the season-opening victory against Illinois in October 2020 with the game in hand during the fourth quarter.

The 5-foot-11, 195-pound Toler did not disclose last week what injury kept him away from the field, but he admitted it was one that provided a “pretty far” setback. He credited Chryst for allowing him time to step away and work on his health.

The coach detailed some steps taken during Big Ten media days a week prior, as the wheels began to churn for Toler’s return in the spring.

“It’s been a process kind of … there’s a combination — there’s some paperwork, but truth is, is what caused him to step away, is that cleared? So you want to take time, not to where you’re going to rush him so fast through it that you’re almost setting someone up for failure,” Chryst said. “So, right now he’s been able to clear every one of those hurdles.”

Toler spent time around the team during spring practices. He believed that helped him in the mental side of the game.

Chryst said the California native worked out during the summer but not with the team.

“Just had a little rehab time,” Toler said. “So I wasn’t able to do as much as they were doing physically, but I did pretty much everything, just kind of modified, and did what I could and got strength in where I needed it.”

Toler’s journey involved setting a particular goal and ensuring he was able to achieve it.

“I had to be this amount flexible or I had to be able to run this time, or if I had to be able to lift a certain amount of weight, and just be sure I was consistent with the rehab,” Toler said. “He just wanted to be sure I had enough time to where I can be fully healthy, and that wasn’t rushing me back and I ended up getting hurt.”

Toler felt 100% heading into fall camp, and he took the field last week for the first practice donning a No. 41 jersey. His presence may bolster a safety room that will need to replace last season’s starters, Scott Nelson and Collin Wilder, while also working to find players who can step in for fifth-year senior Travian Blaylock, a projected significant contributor prior to a torn ACL suffered during spring practice.

Fifth-year senior John Torchio and sophomore Hunter Wohler presumably lead the way in this position group with Blaylock injured. Toler feels he can be used in various ways within UW’s defense.

“With all the guys we got, I feel like everybody can contribute,” Toler said. “As far as for me, anywhere honestly. Coach (Jim) Leonhard has simplified the defense so much more and making it a lot easier to where safeties can make plays.

“I think it’s just gonna be a great year. We got a lot of guys that can have fun and be interchangeable.”

Torchio believes Toler brings a few characteristics to the table with his return from injury.

“Athleticism, depth, and he’s another guy who’s been here for a little bit so knows the defense,” Torchio said. “Smarter guy. I would mainly say depth and a guy who can come out and make plays anytime, so I’m really excited for him to be back.”

Leonhard and outside linebackers coach Bobby April III primarily recruited Toler, according to recruiting profiles of the defensive back by 247Sports and Rivals. Leonhard, UW’s defensive coordinator and safeties coach, conveyed enthusiasm for Toler’s comeback prior to the start of fall camp.

“The maturity that he’s gained, just kind of where he’s at from a mental standpoint right now compared to a year, year and half ago, just excited.

“That’s what it’s about, you know? He’s going to come back, and he’s going to have a great career for us. Just a totally different perspective than he (had) coming through the door.” 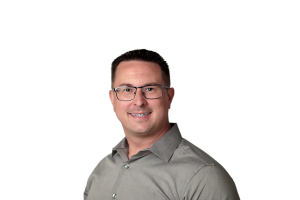 Wisconsin safety Titus Toler details the rehabilitation process from an injury that sidelined him for the 2021 season.

White announced his retirement Thursday, ending one of the winningest NFL careers for a former Wisconsin football player.

An uncommitted 2023 recruit discusses his UW offer and interest in the program, and the offensive coordinator talks quarterbacks for this recruitng cycle.

Lear year was especially volatile for the Top 25, with 14 teams that started the season ranked finishing unranked. The Badgers have suffered that fate in three of the last four seasons. 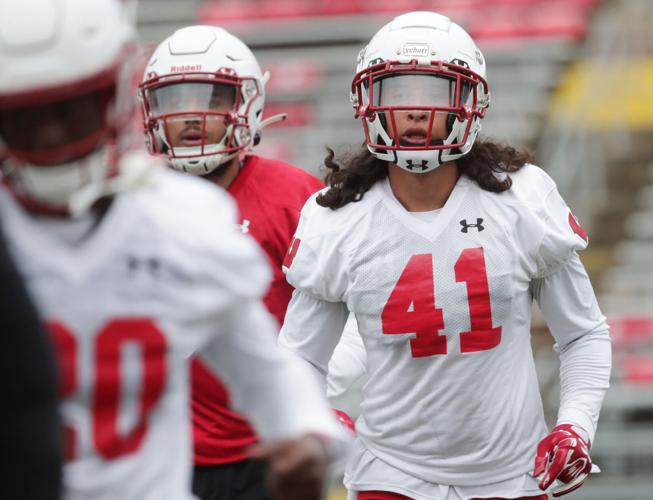 Titus Toler (41), at practice Monday, has played in just two games since his arrival in 2019.