Isaiahh Loudermilk had a plan for how he wanted his NFL draft moment to happen.

He’d have his family and a few friends gathered at Poplar Pizza in his hometown of Howard, Kansas. He’d get his call, learn his new football home and the party would start.

The former University of Wisconsin defensive end didn’t get that Hallmark moment, but the reason it fell through actually was positive. Loudermilk and his group were planning to get together at the restaurant around 3 p.m. Saturday, lining up it with the latter portion of the sixth round, which is where he was projected for much of the pre-draft process.

Pittsburgh Steelers coach Mike Tomlin called just before 1:30 p.m. to inform Loudermilk the Steelers had traded up in the fifth round.

“I wasn't really expecting to get a call that early, so we were all spread out. My mom was outside working on a car. I was sitting down watching TV, but everyone was kind of spread out,” Loudermilk said, laughing as he recounted the story.

“I don’t even think anything was going through my mind, I just picked (the phone) up. I figured it was the call, but I wasn't 100% sure just because it was so early. Picked it up, it was coach Tomlin on the line, so I knew that they were about to pick me. I was pretty much in awe. Just shocked that it came so fast. Because it's been such a dream of mine, for it to kind of sneak up on me like that, it was awesome.”

Pittsburgh sent the Miami Dolphins a fourth-round pick in 2022 for the 156th pick this year to take Loudermilk.

Steelers defensive line coach Karl Dunbar said it was Loudermilk’s versatility that ultimately made him the team’s pick.

"He fits the mold for what we want to do here in Pittsburgh. He is a strapping young man. To get a kid with this kind of size and height in the fifth round is a really great gift for the Steelers.”

Moving along the line isn’t new for the 6-foot-7 Loudermilk. He finished with 63 total tackles, 11½ for loss and 7½ sacks in his 40 college games. He also had nine passes defended and two forced fumbles. He was able to amass those statistics while playing in a number of spots, and he rarely came off the field over the past two seasons.

The schemes run in Pittsburgh are very similar to the ones defensive coordinator Jim Leonhard has installed at UW, Loudermilk said.

“I feel like they felt extremely comfortable with me,” Loudermilk said about the Steelers. “Having that versatility and you know, really knowing that scheme extremely well, I think gave them confidence in me. I’m extremely happy with what happened. It's a perfect scheme fit for me, so I'm ready to get into it.”

Loudermilk is set to report to Pittsburgh on May 13, so he plans to continue training and spending time with family over the next week-plus before starting his pro career.

4 Badgers sign with NFL teams after draft, including Jon Dietzen with Packers

After the pizza celebration, Loudermilk and his family returned home and watched a movie. He wasn’t sure what it would feel like to achieve his goal of an NFL opportunity, or to be drafted by a franchise with a history of success like Pittsburgh. In fact, he’s still waiting for his "I made it" feeling.

“I've been waiting for that moment — I don't think it's hit yet. I'm still excited,” Loudermilk said. “It all still feels kind of the same as it was before I was a draft pick. I’m still doing the same stuff, just a Steeler now.”

The two-time Doak Walker Award winner moved into the Colts’ starting role early in the season and finished with the third-most rushing yards in the league.

Stats: Started all 16 games; aided an offense that scored the fourth-most points and gained the second-most yards in the league.

Watt played 77% of the Steelers’ defensive snaps and 34% of the special teams snaps as a rookie, and was named to the 2017 NFL All-Rookie Team.

Schobert was in a rotation at inside linebacker for the Browns throughout the year, but proved to be a valuable special teams player, playing 64% of those plays.

Splitting time with Danny Woodhead in the backfield, Gordon showed his explosiveness between the tackles. He struggled with fumbles, putting the ball on the ground six times.

Borland moved into a starting role midway through the season and made the most of his chance. He won defensive rookie of the month in November. He retired after his rookie season.

Stats: 16 starts; aided an offense that scored the fifth-most points in the league and had the third-most passing touchdowns

Frederick played every snap of the Cowboys season on offense as a rookie, earning second-team All-Pro honors from the Associated Press.

Wilson beat out high-priced free agent Matt Flynn for the starting job, then led the Seahawks to an 11-5 record en route to earning a spot in the Pro Bowl.

It took a few weeks for Watt to get adjusted to the NFL, but he found his footing and tallied 10 of his TFLs in the second half of the season. He had 3½ sacks in two playoff games.

Levy played his way into the starting lineup in the first month of the season, showing solid pass coverage skills and strong tackling.

Stats: 16 starts; aided an offense that ranked eighth in the NFL in both points scored and total yardage

Thomas was even better than Cleveland could’ve expected, locking down their left tackle position and starting a streak of 10,363 consecutive snaps played, which is considered to be the NFL record.

Daniels became the starter after about a month and finished the season tied for sixth-most touchdowns among tight ends in the league.

James’ rookie season was his best in the NFL as injury issues plagued the rest of his career. After a sluggish start to the season, he helped the Vikings win six games in a row between weeks 9 and 14.

Evans set the Bills rookie record for receiving touchdowns, a record that still stands, and helped the Bills go 9-7, their first winning record in four seasons.

Bennett became the starter after the sudden retirement of Robert Smith but battled a midseason injury which cost him three games. His best performance was a home game against the Titans, tallying 113 yards and two scores.

Despite not becoming a regular starter until December, Chambers posted three games of at least 100 receiving yards and three games with multiple touchdowns.

While splitting time in the backfield with Tiki Barber, the Heisman Trophy winner was a significant piece of an offense that led the Giants to the Super Bowl.

Vincent earned a starting role for coach Don Shula after just one week and he showed his skills both in coverage and as a tackler.

Odomes took a few weeks to move into the starting lineup, but started the final nine games and became a dependable cornerback for the Bills.

With a 156-yard performance in Week 9 serving as his coming-out party, Toon was a consistent play-maker down the stretch for a Jets team that went 11-5.

Krumrie immediately proved his worth on the defensive line, helping the Bengals turn around a 1-6 start to finish 7-9.

Snell moved into the starting lineup in Week 3 and played multiple positions on the offensive line for the Bucs, who went 2-10-1.

Stats: 14 games played, one start; aided an offense that ranked sixth in total points scored and eighth in yards gained

Webster was a rotational player in his rookie season, helping the Steelers win the Super Bowl and preparing himself for a Hall of Fame career.

After a disappointing and disjointed year, there’s reason for optimism for the University of Wisconsin football team’s offense.

Loudermilk will have the opportunity to learn from new teammate Cameron Heyward, a two-time first-team All-Pro and four-time pro bowler.

The NCAA football oversight committee is preparing to recommend changes to preseason camp that will include fewer fully-padded practices and the elimination of some old-school collision drills.

The project to transform rows of bleacher seating into indoor club spaces, small loge boxes and rows of chairback seating is expected to be ready for the 2022 season. 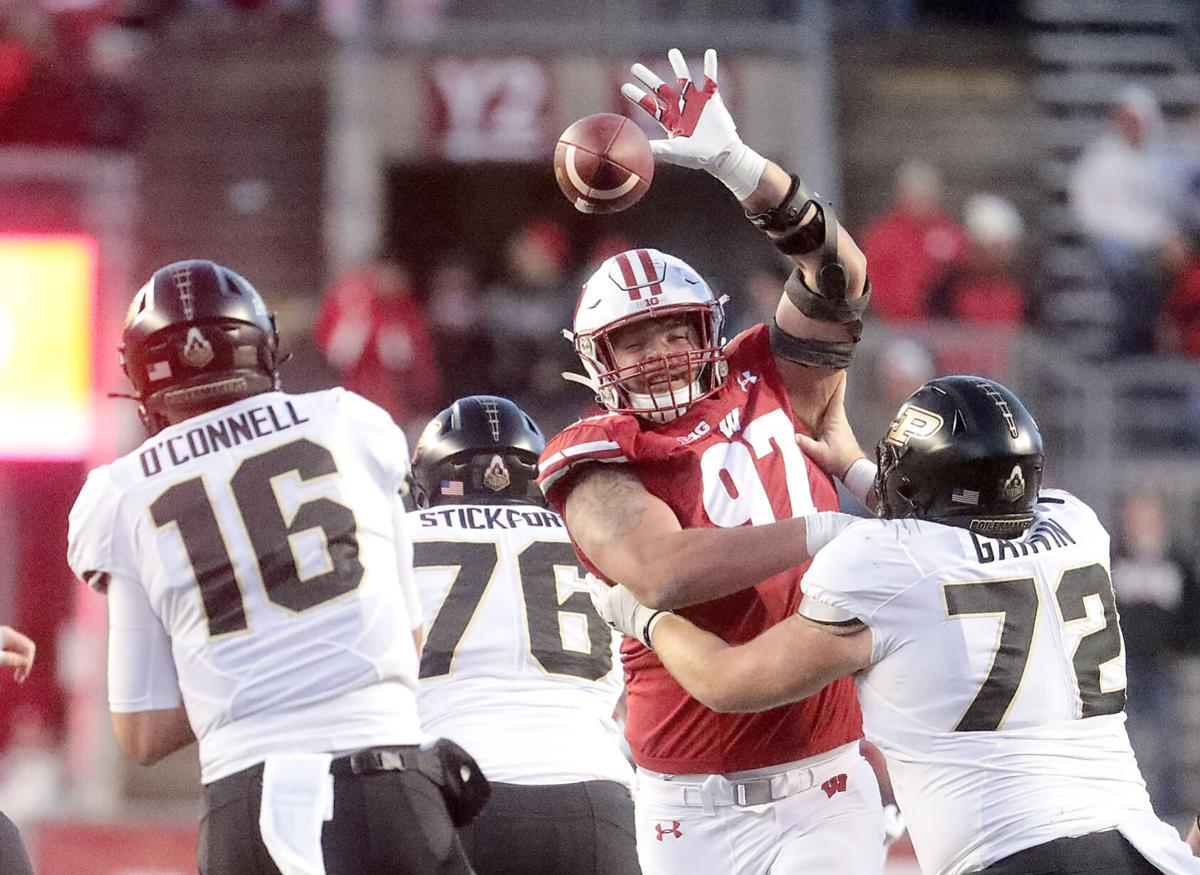 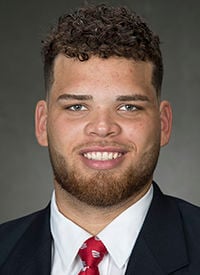