D’Cota Dixon’s voice is still being heard in the University of Wisconsin football secondary, even though he’s 10 months removed from his final game with the Badgers.

Junior Eric Burrell and Dixon, an undrafted free agent who landed with the Tampa Bay Buccaneers and is on the reserve/injured list, touch base every other day using FaceTime. It’s one safety talking to another, in some regard, but it’s more than that.

“He’s like a big brother to me,” Burrell said.

When it comes to football, Dixon’s message to Burrell is pretty consistent: Let it loose, pay attention to details and be professional.

Dixon’s voice has been in Burrell’s head as the fourth-year junior has tried to be more vocal in the back end of the UW secondary. He’ll start his third consecutive game for the No. 13 Badgers (2-0) when they host No. 11 Michigan (2-0) on Saturday at Camp Randall Stadium.

A season-ending knee injury to sophomore Scott Nelson in the season opener at South Florida has led to an expanded role for Burrell. Burrell started the opener as a third safety in UW’s nickel package and replaced Nelson in UW’s base package the following week vs. Central Michigan.

“He’s really confident and he knows what he’s doing,” sophomore cornerback Deron Harrell said. “He’s a great leader on the field. When they shift motion and stuff like that, he’s good at adjusting the calls and getting us in the right calls when we’re on the field, just making sure everybody’s doing the right thing and doing our job.”

Of course, this will be the first big test for a UW defense that has yet to allow a point this season. Making sure all the parts are in the right place pre-snap falls on the shoulders of Burrell and redshirt freshman safety Reggie Pearson.

“I think the safeties are comfortable in this defense,” UW defensive coordinator Jim Leonhard said. “D’Cota was just over the top as far as how well he communicated, so it’s hard to compare to him. But I think they’ve done a decent job communicating and we haven’t really been stressed as far as movement and different formations and things where we’ve had to communicate a bunch.

“Michigan’s going to put that to the test. There’s a lot of adjustments that we have to make and a lot of communication in pre-snap and post-snap, so this will be a big test for our safeties.”

They’re not alone. UW’s cornerbacks, a question mark heading into the season after that group endured some growing pains in 2018, have largely gone untested in the first two games.

South Florida’s two longest passing attempts in the opener both resulted in drops. Central Michigan didn’t have the personnel to make the Badgers’ corners — a group that includes Harrell, Faion Hicks, Rachad Wildgoose and Caesar Williams — break a sweat.

The longest completion against UW this season is 16 yards. Michigan has six players with a reception of at least 24 yards this season and that group doesn’t include wide receiver Donovan Peoples-Jones, who has missed the first two games with an unspecified injury but could make his season debut in Madison.

“I’m sure Michigan is going to look at it and see as a young group, so I think they’re going to try to throw it over our head,” Burrell said.

And if that happens?

“I don’t think we have been tested deep yet,” Harrell said, “but I feel like when that time comes we’ll be ready.”

The UW secondary also needs to do its part in the run game. Michigan quarterbacks Shea Patterson and Dylan McCaffrey broke off long runs in the Wolverines’ 38-13 win over the Badgers last season in Ann Arbor. Patterson’s 81-yarder in the first half came on a run-pass option, with Wildgoose losing contain on the outside after biting hard on Patterson’s fake handoff.

For Burrell, the game against the Wolverines is another chance to measure his development. He’s appeared in 29 career games, with eight starts, but says it’s time to become more of a visible force on the field now that he’s on the back half of his time at UW.

“I think it’s time to elevate,” Burrell said. “Last year I had some good starts, but I don’t think I made an impact on the defense. I’m ready to go for this week. Hopefully, I’ll have my guys prepared to go out there and do what we love to do.”

Who has the edge when the Wisconsin Badgers host the Michigan Wolverines in the Big Ten opener?

Wisconsin State Journal reporter Jim Polzin breaks down the matchup between the No. 13 Wisconsin Badgers and the No. 11 Michigan Wolverines on…

When the Badgers beat Michigan 13-10 at Camp Randall Stadium on Oct. 30, 1993, elated UW fans tried to rush the field. But euphoria quickly tu…

Bryson Williams will miss his second consecutive game with a left leg injury. True freshman Keeanu Benton started in Williams’ place in a 61-0 win over Central Michigan on Sept. 7.

Zander Neuville tweeted Wednesday afternoon he had “sustained another injury” and it would mean the end of his football career.

Badgers get creative to fill void at tight end

The Red Zone podcast: Breaking down the Badgers' matchup against Michigan

Zack Baun all in as a game-changer for Badgers' defense

The senior linebacker from Brown Deer, who almost gave up football in high school, has become a talented pass-rusher and team leader for UW.

The Badgers (3-0, 1-0 Big Ten) jumped out to a 28-0 halftime lead and extended that cushion to 35-0 in the third quarter before closing out the Wolverines 35-14 in their Big Ten Conference opener Saturday at Camp Randall.

State Journal columnist Tom Oates grades the No. 13 Wisconsin Badgers' performance in their 35-14 win over the No. 11 Michigan Wolverines in their Big Ten opener Saturday at Camp Randall.

A quick look at the 13th-ranked Wisconsin Badgers' 35-14 win over the 11th-ranked Michigan Wolverines in their Big Ten Conference opener Saturday at Camp Randall Stadium in Madison.

Sure, there's a long, difficult Big Ten schedule ahead, but the Badgers showed Saturday how good they have become in the wake of a disappointing 8-5 season.

Wisconsin State Journal reporter Jim Polzin asked Badgers fans on Twitter what they thought of No. 13 Wisconsin's 35-14 win over the No. 11 Mi… 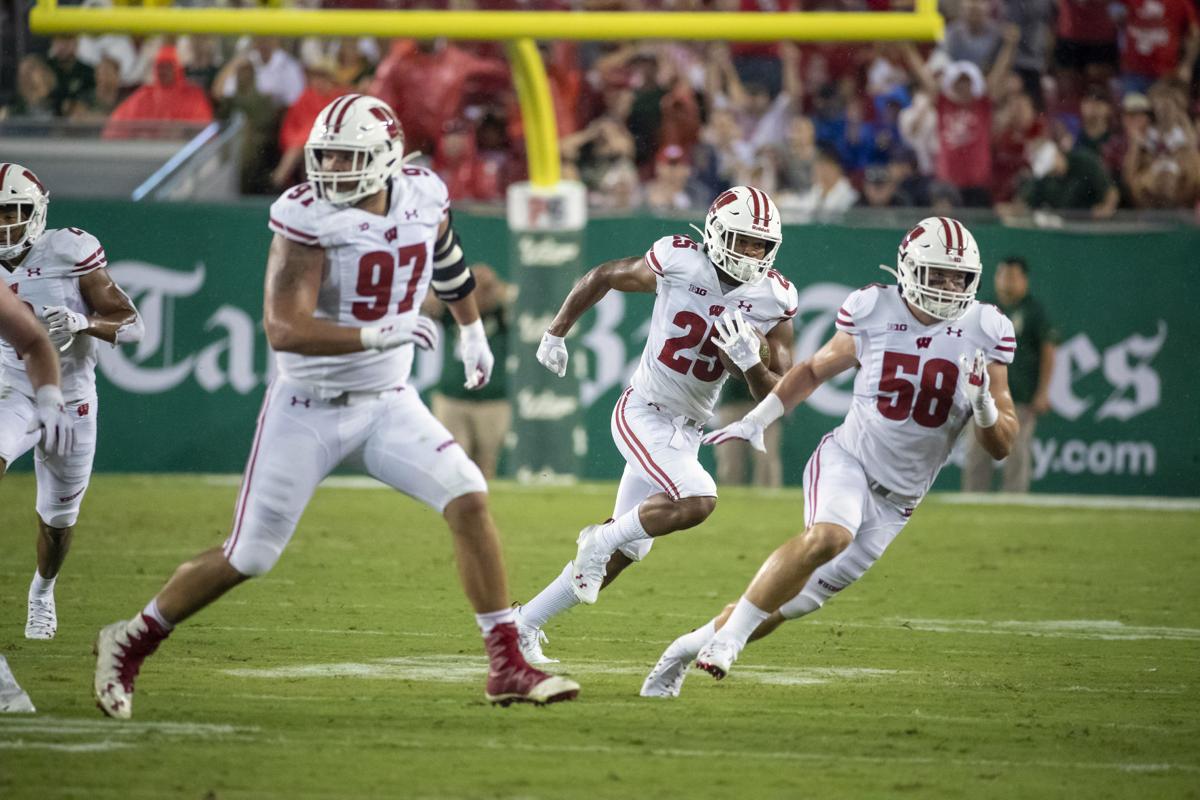 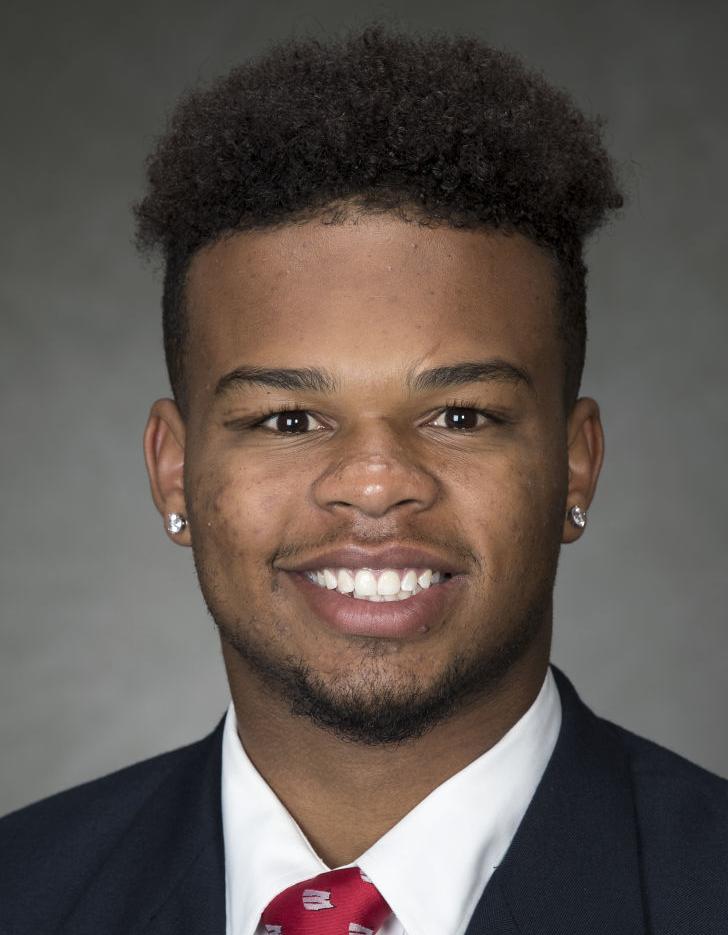