That was the challenge facing the University of Wisconsin football team’s offensive players last season.

After back-to-back record-breaking seasons, the changes in 2012 after the departure of offensive coordinator Paul Chryst were not exactly met with open arms.

In fact, some of the offensive players were downright hostile to the new way of doing things.

While the issues in the offensive line were well-chronicled — a near mutiny by the players led to the firing of Mike Markuson after two games and the promotion of graduate assistant Bart Miller — that was just the tip of the iceberg.

Players at multiple positions were slow to embrace the changes after Chryst left to become the head coach at Pittsburgh and Matt Canada came in to replace him.

That was the viewpoint of senior tight end Jacob Pedersen, along with a couple other returning offensive senior leaders.

"Maybe they didn’t really want to accept change," Pedersen said. "A lot of the guys playing had been with coach Chryst for three years. It was what we were used to."

"It’s hard changing something that’s already been successful and has been in your head for so long," senior left guard Ryan Groy said.

The hiring of a new head coach in Gary Andersen has meant another offensive makeover for the Badgers. The difference this time has been the attitude of the players, who have been more open-minded.

When Groy was asked if he noticed a resistance to change last season, he nodded his head emphatically.

"Absolutely, no doubt," Groy said. "That’s what’s helping this year. Last year was hard coming in, once you know something so well, to be told something else is better. It’s tough to believe.

"This year, we know we have to accept whatever they bring at us, no matter what it is. If coach A said, ‘We’re going to run the spread,’ we’ve got to lose some weight (in the line) and get with the spread."

After six spring practices, the Badgers took off last week for spring break. They return on Monday for the first of the final nine workouts, culminating in the spring game on April 20.

Andersen understands the challenges of introducing new methods into a program that has enjoyed great success. Both players and coaches have said the transition has been much smoother this year on offense.

"When you have a team that has had success — obviously, the University of Wisconsin has had tremendous success — kids are smart," Andersen said. "They’re going to sit back and look at things. It’s far different than taking over a team that hasn’t had any success. Kids at that point, you bring in everything and they accept everything."

Last season was a no-win situation in many ways for Canada, after the Badgers set school scoring records the previous two years, averaging 41.5 points in 2010 and 44.1 in 2011.

Not only was Chryst regarded as one of the top offensive coordinators in the nation, he was beloved by the players.

The offense also had to replace a record-setting quarterback in Russell Wilson, three starters in the offensive line, its top wide receiver in Nick Toon and two undervalued blockers in fullback Bradie Ewing and tight end Jake Byrne.

A couple early injuries to key contributors in tailback Montee Ball and wide receiver Jared Abbrederis made it an even tougher climb.

The offense improved in the second half of the season, but still ranked No. 59 nationally in scoring at 29.6 points per game.

Perhaps the best thing about going through that experience is the offensive players are determined not to have a repeat.

"Last year there was so much resistance, it affected the team," Groy said. "We can’t let it happen again."

Pedersen isn’t suggesting all of the offensive problems during the 8-6 season were a result of players not accepting the changes. But he is encouraged by the differences this time.

"Was that the one reason for last year? No, it came down to execution, that’s all it was," Pedersen said. "I just think guys are really embracing it this year."

In addition, the 24 seniors on this team share a sense of urgency — they don’t have time to mess around.

"Honestly, I think guys just have confidence in what we’re doing," Pedersen said. "I think last year, guys were like, ‘I don’t really like that.’ There was way too much of that.

"This year, I think guys are accepting it more. I think they truly believe we can have a special team."

"I think a lot of the concepts will go back to two years ago, with Coach Chryst and the West Coast system stuff," Phillips said.

"It feels good coming back to something we already are familiar with," he added.

Phillips believes the experience of learning a new offense last year — regardless of how it went — will make it easier this time.

"Having to learn another offense again makes it that much quicker, because you kind of learn some tips, how to pick things up," he said.

Andersen also has made a point of explaining to the players why he does the things he does.

"The tweaks and the way you’re teaching as a coach, as long as they are backed up all of the time," Andersen said. 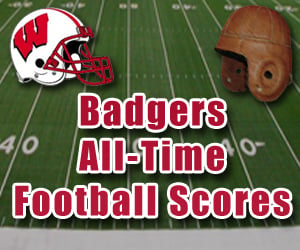 The craziness of the 1930 World Cup

Five players who have played at five World Cups

Five players who have played at five World Cups