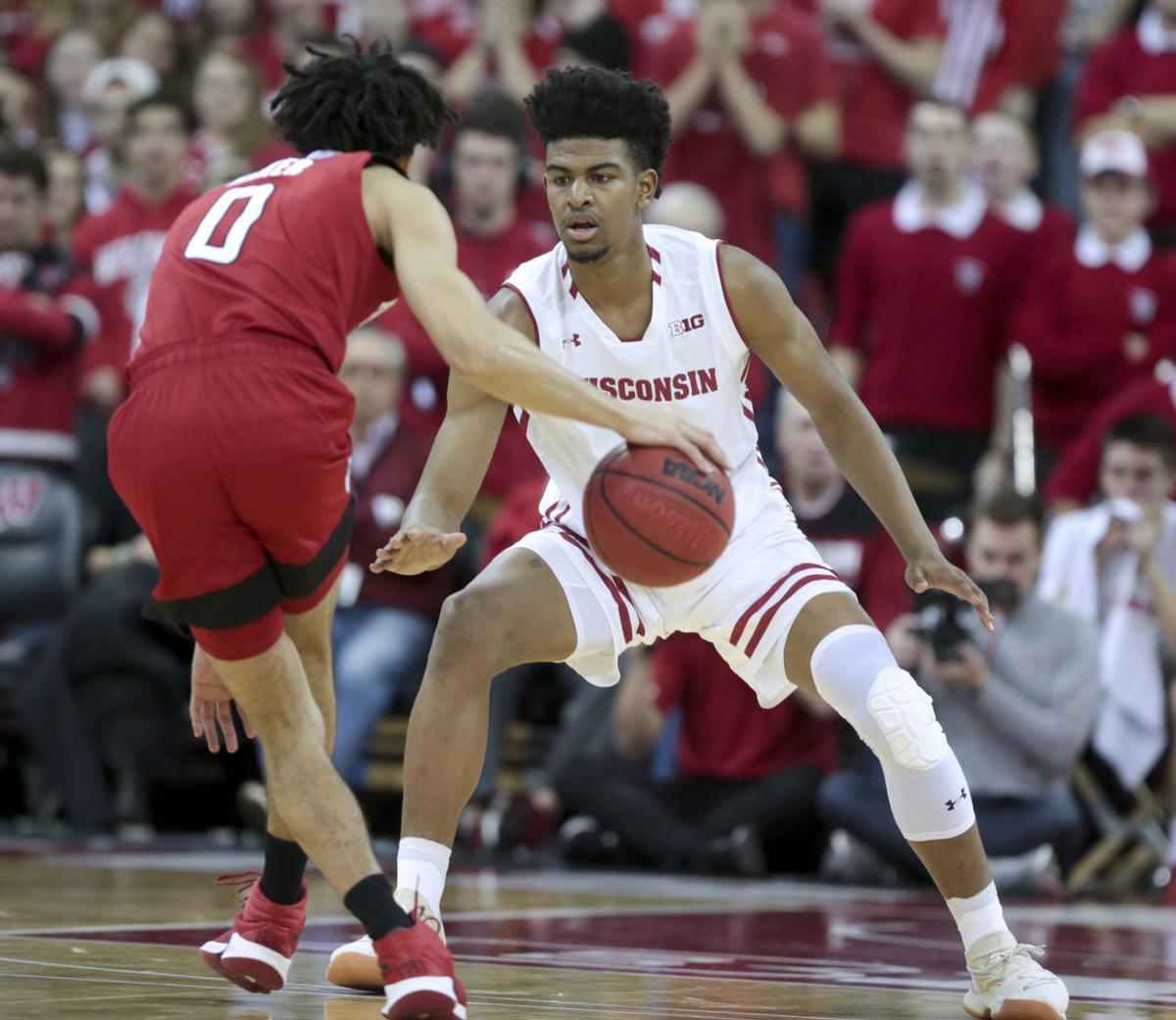 Since returning from a knee injury on Nov. 21, sophomore forward Aleem Ford has averaged 3.5 points and 2.0 rebounds in a little more than 14 minutes per game. 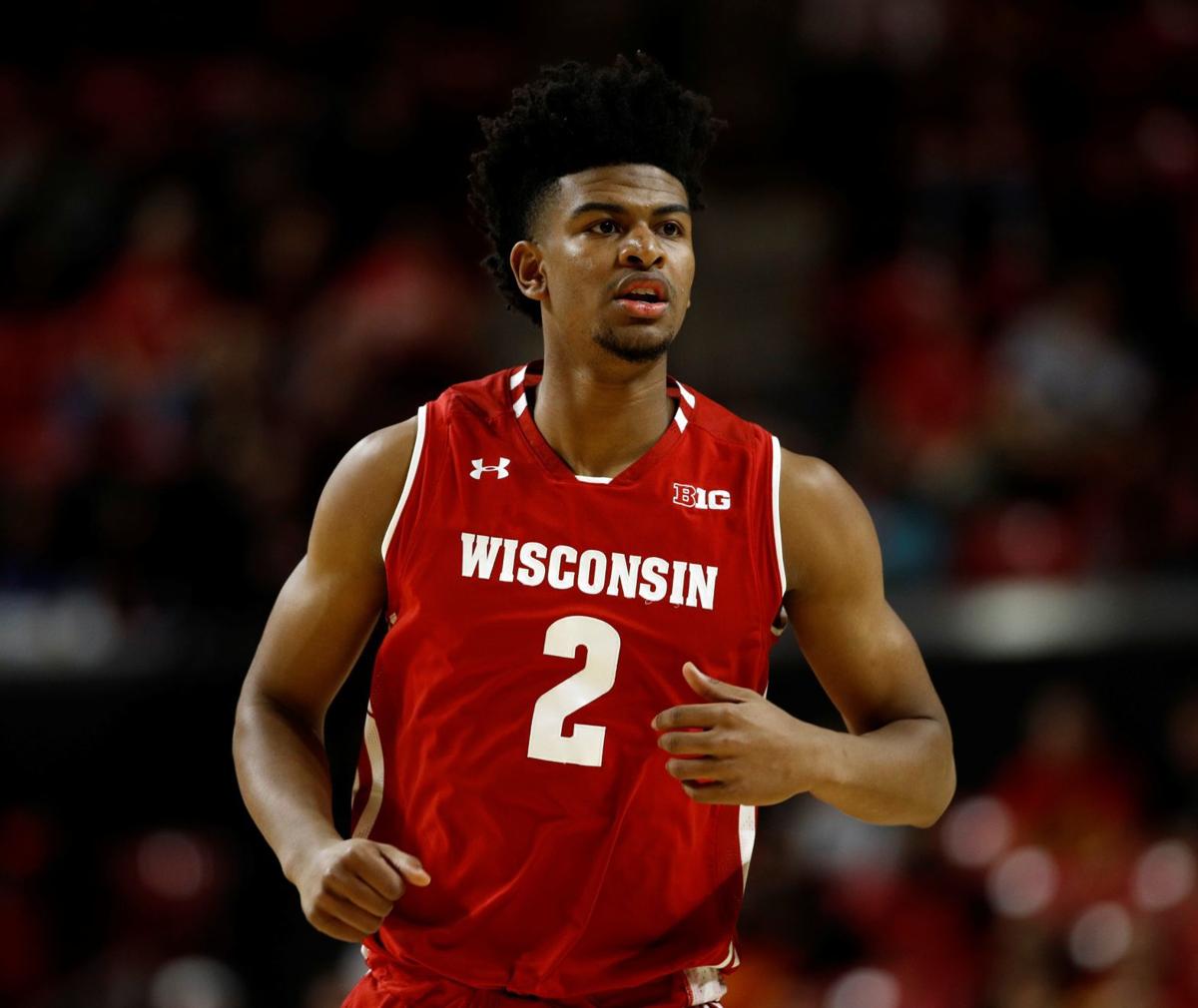 Aleem Ford sparked the Badgers with six second-half points in UW's upset of then-No. 2 Michigan on Saturday at the Kohl Center.

CHAMPAIGN, Ill. — Aleem Ford’s first shift off the bench on Saturday afternoon lasted all of 28 seconds, consisting of one possession on offense and another on defense.

Before he could even form a droplet of sweat, the sophomore forward on the University of Wisconsin men’s basketball team was headed back to the sidelines after racking up two fouls in a span of 15 seconds.

Ford had a much longer — and more productive — stint on the court later in the first half. He was even more valuable after halftime, when Ford scored six of his nine points to help the Badgers knock off No. 2 Michigan 64-54 at the Kohl Center.

“He was huge,” UW sophomore guard Brad Davison said after Ford finished with more points than he had in his previous five games combined (eight). “I think we’ve been — all of his teammates and the coaches — on him just to continue to be confident, continue to be aggressive. The shots will fall, but just focus on the little things: Being aggressive, getting rebounds, and the shots will come.”

The wait for Ford to get his groove back dates to his delayed season debut on Nov. 21, when he returned from a knee injury. There was a 12-point breakout in a win over North Carolina State on Nov. 27 and eight points in 18 minutes for Ford at Marquette 11 days later, but mostly he’s struggled to make an impact.

Whether Saturday was a sign of things to come for Ford or just a blip on the radar remains to be seen. “The journey starts with one step,” UW coach Greg Gard said afterward. “Now we’ve got to build on it.”

The coaching staff had anticipated a big jump from Ford this season after a promising redshirt freshman season. He added muscle in the offseason and showed more explosion. More than 70 percent of Ford’s points in 2017-18 came from beyond the arc but, according to Gard, he’d shown signs of becoming a threat at all three levels (3-point line, mid-range, at the rim).

Two days after scoring a team-high 19 points in a closed scrimmage against Iowa State, Ford was injured in practice. He underwent surgery on Oct. 31 to repair the lateral meniscus in his left knee and missed the first three games of the season.

Two weeks ago, in the midst of a three-game stretch in which he had zero points and five rebounds in 39 minutes, Ford said his knee wasn’t the issue. “It’s mostly mental,” he said.

Gard thought reserves such as Ford, Kobe King and Brevin Pritzl were playing too tentatively, so he tried to motivate them with a three-word phrase: Let it rip. He also encouraged them to focus less on whether or not shots go in and more on doing the little things that help teams win games.

“It’s not just making 3s,” UW assistant coach Howard Moore said. “It’s getting those rebounds when we’re in a scrum. Being in a help position defensively to stop anything coming at us. Being a guy that gets those 50/50 balls. A lot of them are out there and you need guys willing to go get them. Be that guy, and it all will come together.”

Moore admitted it’s been a challenge to get Ford, one of the nicest players on the team, to play with more of an edge. Even Ford admits that his easygoing personality needs to disappear once he starts on the court.

“It’s a lot easier for other people,” Ford said, “but it’s definitely something I’ve been working on to get that mentality.”

The Badgers got a visit Friday from Dave Anderson, an author/motivational speaker whose California-based company LearnToLead has a mission of providing “the tools and inspiration our clients need to reach their personal and corporate potential.”

Gard had arranged the session weeks ago and it was pure confidence that Anderson arrived in town just as UW, in the midst of a slump, was in desperate need of a victory over an opponent which had won its first 17 games of the season.

Anderson shared a story of a former karate champion who maintained that the most dangerous fighters in the studio are the ones wearing red belts, one step below black belts. Those in the latter group have arrived at the top, while red belts still have something to prove.

The concept of approaching practices and games with a “red belt mentality” hit home with the Badgers, especially Ford.

“It was just perfect timing for me to hear that,” Ford said, “because I’m trying to figure things out myself.”

A closer look at Ford’s blink-and-you-missed-it stretch early in the game showed the first of his two fouls was the result of trying to make something happen. The coaching staff had been harping on Ford to crash the offensive glass, and he did so a little too aggressively after a miss by D’Mitrik Trice, earning an over-the-back foul.

The mentality didn’t disappear, however. Ford grabbed an offensive rebound later in the half and really settled in after halftime, contributing a 3-pointer and a three-point play.

The latter came after he left his spot on the perimeter and made a great cut to the rim. Ford got to an open spot and was spotted by sophomore forward Nate Reuvers, who beat a double team by delivering a pass that led to Ford scoring through contact and earning only his third free throw attempt of the season.

The Badgers upset undefeated and #2 Michigan 64-54 on Saturday at the Kohl Center. We have highlights and reaction from the game. We also catc…

Wisconsin Badgers return to AP poll at No. 24 amid three-game winning streak

The Badgers, riding a three-game winning streak that included wins over Illinois and Northwestern last week, are at No. 24 in this week’s Associated Press Top 25 poll.

Since returning from a knee injury on Nov. 21, sophomore forward Aleem Ford has averaged 3.5 points and 2.0 rebounds in a little more than 14 minutes per game.

Aleem Ford sparked the Badgers with six second-half points in UW's upset of then-No. 2 Michigan on Saturday at the Kohl Center.