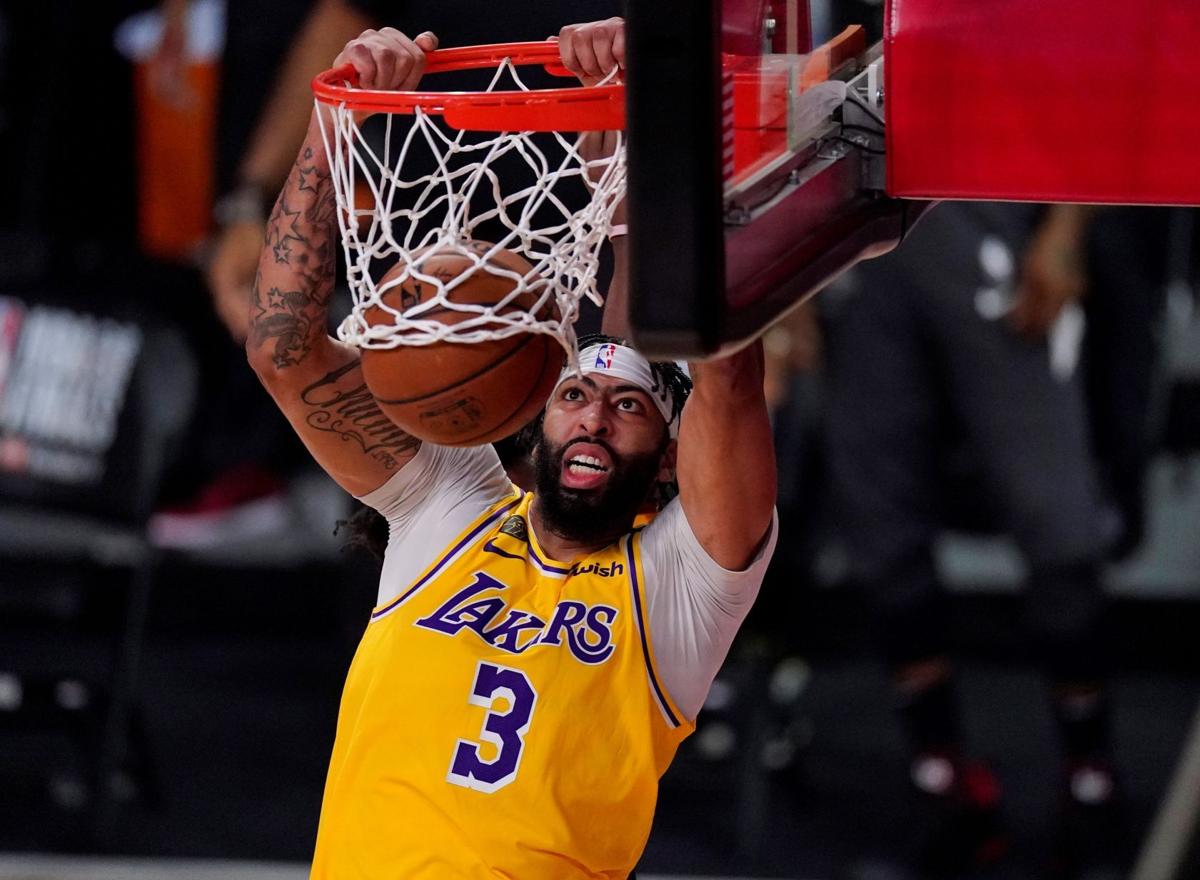 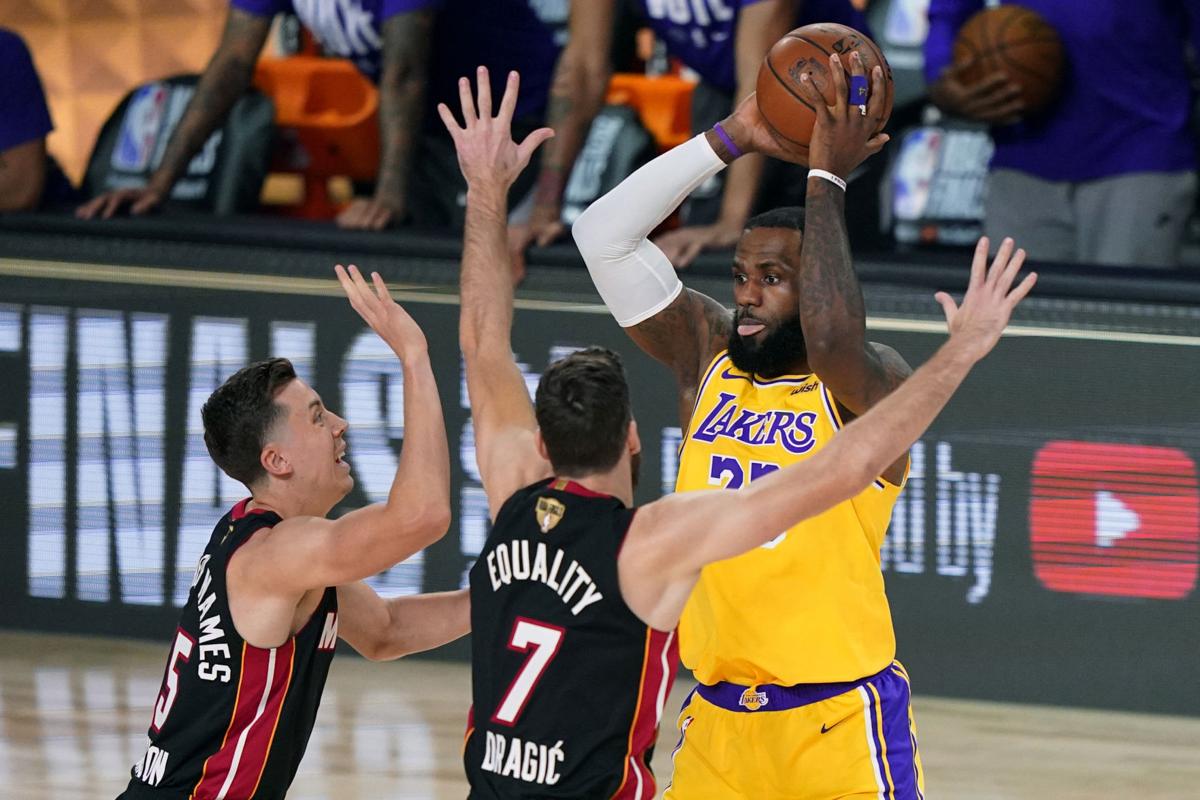 A very easy one, at that.

“The bigger the moment, he’s just raising his play,” Lakers coach Frank Vogel said about Davis, who was making his Finals debut and made it look easy.

The Heat left beaten and battered. Point guard Goran Dragic left in the second quarter and, a person with knowledge of the situation, said he was diagnosed with a torn plantar fascia in his left foot — which obviously jeopardizes his availability for the rest of the finals. And All-Star center Bam Adebayo left in the third quarter after apparently aggravating a left shoulder strain.

“We’re much better than we showed tonight,” Heat coach Erik Spoelstra said. “You have to credit the Lakers, and we’ll get to work for the next one.”

Kentavious Caldwell-Pope scored 13 points, Danny Green had 11 and Alex Caruso finished with 10 for the Lakers. They returned to the Finals for the first time in a decade and sent a very clear message. James’ teams had been 1-8 in Game 1 of past Finals, with losses in each of the last seven openers.

“We kind of picked it up on both ends of the floor,” Davis said.

Adebayo was held to eight points in 21 minutes, and Miami went with subs for a fourth-quarter burst that turned a total rout into something only slightly more palatable in terms of final margin.

The Lakers did whatever they wanted. They outrebounded Miami 54-36, led by as many as 32 points, and made 15 3-pointers — a big number for a team that doesn’t necessarily count on piling up that many points from beyond the arc. They’re 21-3 this season when making at least 14 3s.

The only stretch that provided hope for Miami came in the first six minutes. The Heat scored on six consecutive possessions in what became a 13-0 run to take a 23-10 lead midway through the opening period.

So, the first six minutes were fine for Miami.

Everything else was all Lakers.

“You have to get a feel for how hard Miami plays,” James said. “They smacked us in the mouth and we got a sense of that. ... From that moment when it was 23-10, we started to play to our capabilities.”

The simplest way to sum up what happened over the rest of the opening half is this: Lakers 55, Heat 25. The Lakers came into Game 1 ranked 21st out of the 22 teams that spent time in the bubble from 3-point range, making only 33.6% of their tries from deep at Disney. They were the only team in the postseason to have two games shooting less than 25% on 3s.

Perhaps they were due. The Lakers went 9-for-11 on 3’s in the final 16 minutes of the first half. Of the nine Lakers who played in the first two quarters, eight tried a 3-pointer — and all eight made at least one.

The Lakers started the third on another run, this one 18-3, and the rout was officially underway.

“You can learn so much more from a win than you can in a loss,” James said. “I can’t wait for tomorrow for us to get back together and watch the film and see ways we can be better.”

Butler turned his left ankle in the final seconds of the first half, remained in the game and started the second half. ... The Heat fell to 1-5 in Game 1 of title series. All three of Miami’s championships have come after dropping the opener. ... It was the 19th time that Miami lost a game this season after leading by double digits at some point.

The Lakers improved to 17-15 in Game 1s of title series. ... Davis was 10-for-10 from the foul line, plus added nine rebounds, five assists and three blocks.