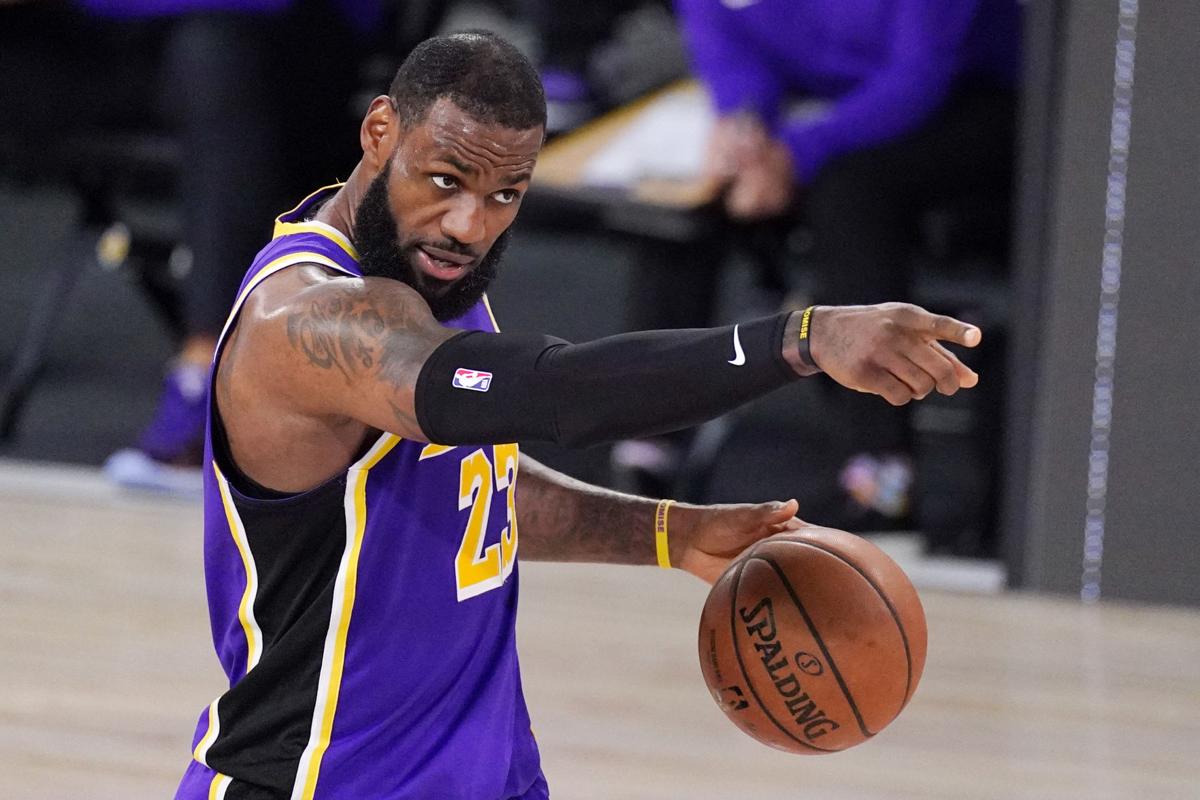 Lakers forward LeBron James is averaging 26.7 points, 10.3 rebounds and 8.9 assists per game in this season's playoffs. 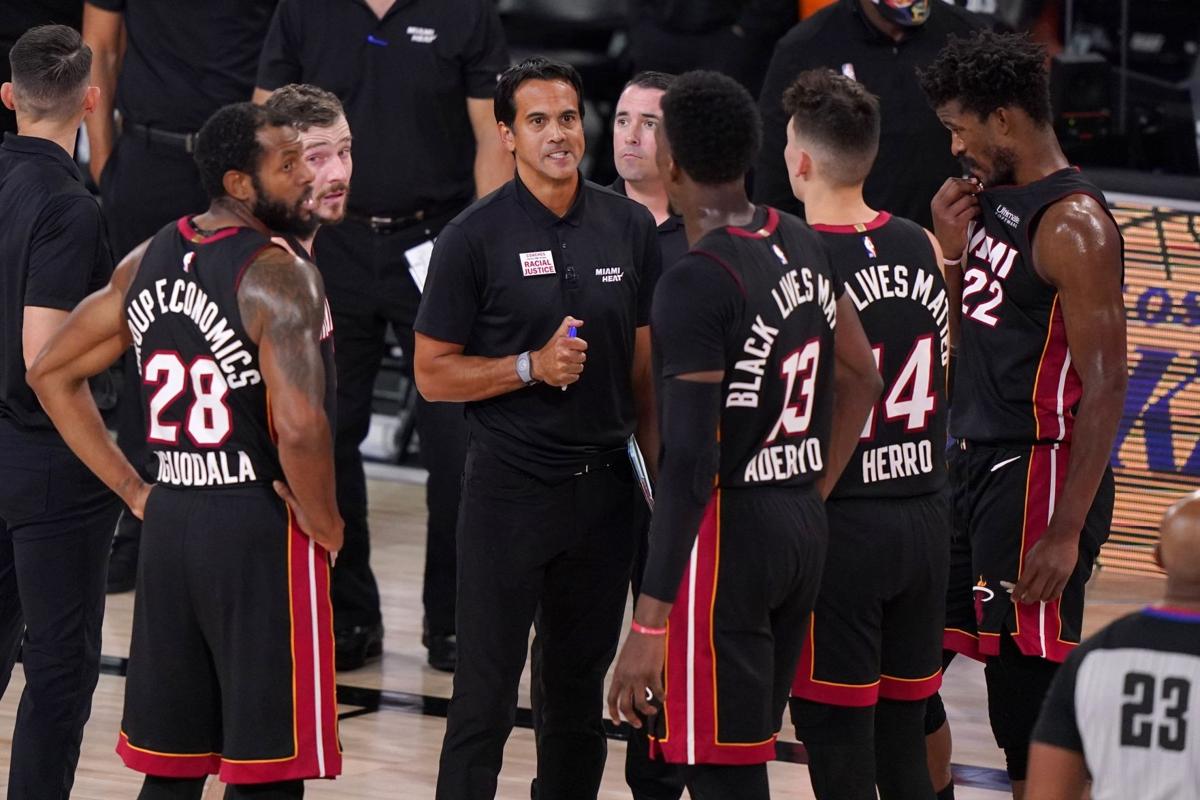 These shouldn’t be surprising notions to anyone, not with a title at stake.

Those looking for more acrimony than that, well, they may be disappointed.

The NBA Finals start Wednesday night and the James vs. Miami story line is shaping up as little more than a meeting of the mutual admiration society. James is looking to bring the Los Angeles Lakers back to basketball’s mountaintop for the first time since 2010 and the Heat are looking to cap a surprising season with their fourth crown.

“I’m here for one reason and one reason only, and that’s to compete for a championship,” James said on the eve of Game 1 of his 10th Finals, where he’ll be seeking ring No. 4.

James was asked any number of different ways Tuesday about his time in Miami, his thoughts on coach Erik Spoelstra, his opinion of Heat president Pat Riley. He never took the bait, speaking only with fondness for the four years he spent in Miami and the two titles the Heat won during that stay.

James left Miami and the Finals have been an almost-annual stop since; this is his fifth appearance in the title round in the six seasons that followed his Heat tenure. It’s the first time Miami has been back since he left. During that time, the Heat did some rebuilding a couple of times and used 60 players in those six seasons. Miami also endured the departure, return and then retirement of Dwyane Wade and the premature end of Chris Bosh’s career for health reasons.

Spoelstra is designing a game plan with hopes of keeping James in some sort of check, of course. That doesn’t mean he didn’t speak with reverence when asked about the Lakers’ best player.

“I just think it is a true testament to his greatness to be able to sustain this type of success year in, year out,” Spoelstra said. “Different uniforms, new players and new teams going after him. It’s a real testament to that commitment. He’s seen everything. At this point in his career, it’s just about winning. And his ability to do what he does at his age is incredibly uncommon. But there’s a lot of work that goes on behind the scenes to be able to maintain that.”

The feeling is mutual.

James, on Spoelstra: “I’m not going to sit up here and act like I don’t know what Spo is all about, because he’s damned good, if not great.”

James, on Riley: “This league is not the same without Riles. He’s a great guy, great motivator, someone that just knows what it takes to win.”

No shade thrown there.

Both teams haven’t endured much trouble in the bubble: The Heat and Lakers have each gone 12-3 in the playoffs. The Heat are the first No. 5 seed to make the Finals and weren’t exactly surprised to see that James is the one standing between them and the Larry O’Brien Trophy.

“It’s been like this for a very long time. If you want to win, you’re going to have to go through a LeBron James-led team,” said Heat forward Jimmy Butler, who’ll be going to his first Finals in his first Miami season. “At the end of the day, that’s what it normally comes down to. ... You’re going to get the same test over and over again until you pass, and that test is LeBron James.”

Lakers star Anthony Davis is in the Finals for the first time, so he’ll likely be dealing with a bit of nerves on Wednesday night. Butler acknowledged he’d be doing the same as well.

The Lakers are comfortably favored. Davis isn’t expecting it to be easy.

Get past the James vs. Heat notions, and the series has more to offer.

Davis will butt heads with Miami’s rising star Bam Adebayo. There will be times when veteran point guards — Rajon Rondo for the Lakers, Goran Dragic for the Heat — match up as well. Miami has the young shooters in Tyler Herro and Duncan Robinson; the Lakers have veterans JaVale McGee and Dwight Howard ready to work down low.

Add it all up, and Heat captain Udonis Haslem said, “it’s going to be a hell of a matchup.”

Lakers forward LeBron James is averaging 26.7 points, 10.3 rebounds and 8.9 assists per game in this season's playoffs.