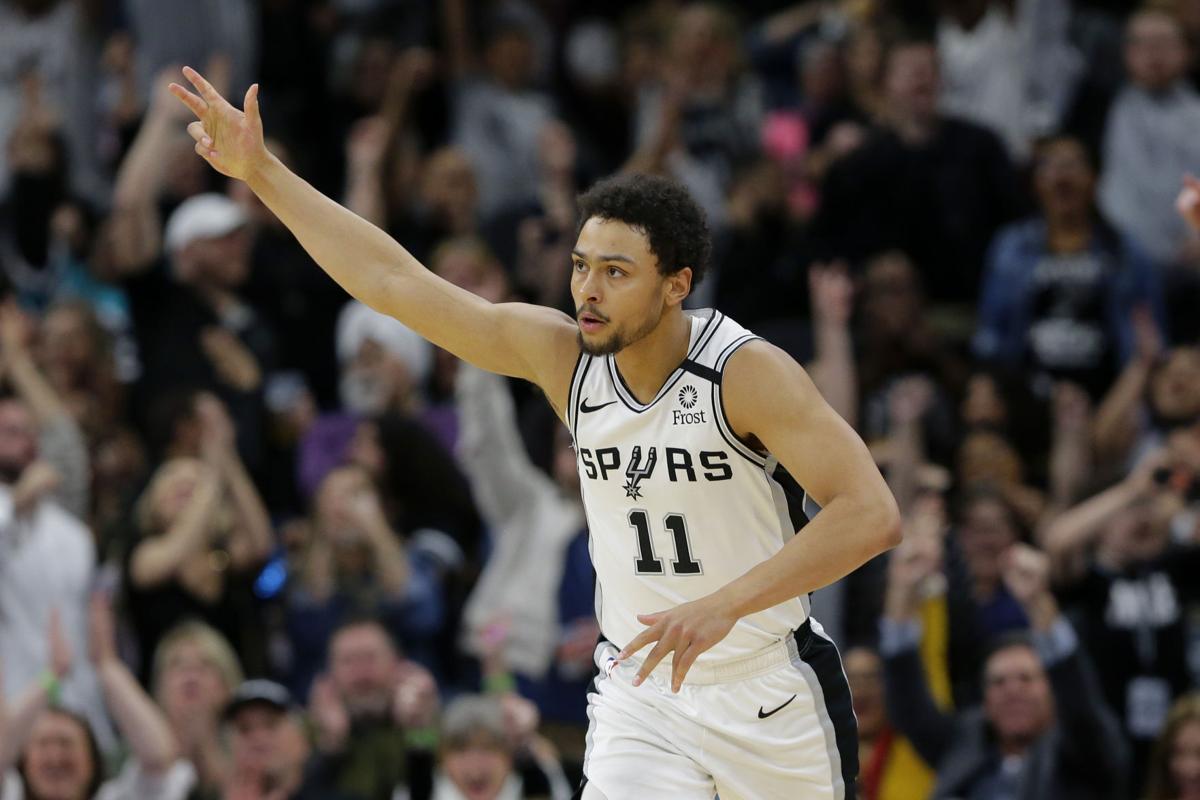 Spurs guard Bryn Forbes celebrates a score against the Magic on Feb. 29. 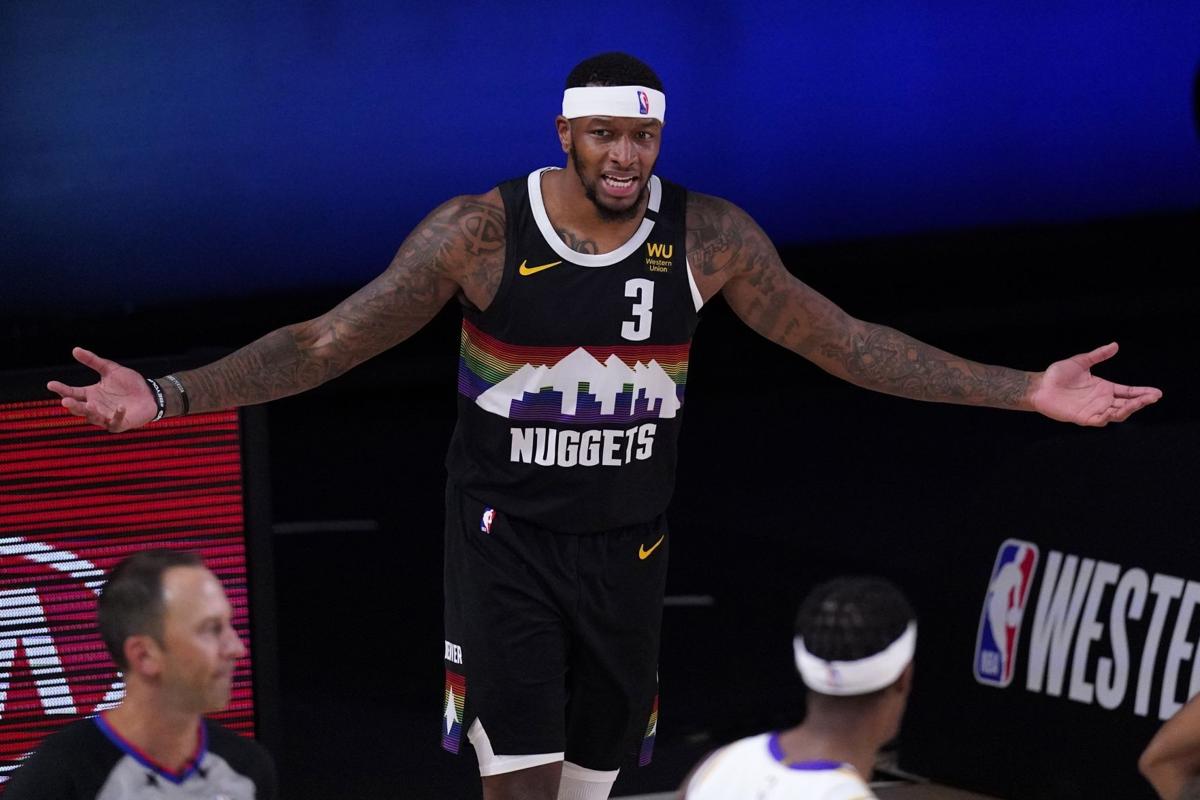 Nuggets' Torrey Craig gestures after being charged with a foul against the Lakers on Sept. 22.

With Milwaukee, Forbes is expected to start the season in a reserve role behind Donte DiVincenzo, who remains with the Bucks after the botched sign-and-trade for Sacramento Kings guard Bogdan Bogdanovic earlier last week. But if he shoots the way he has, especially from distance, he should have no problem finding playing time in coach Mike Budenholzer’s system.

Craig became available on Saturday when the Denver Nuggets withdrew their qualifying offer, which converted Craig from a restricted free agent to an unrestricted one. The Bucks, despite having limited money to work with under the NBA’s hard salary cap, moved quickly to get a commitment from Craig.

The moves Sunday seemed to cement the intention to move on from Kyle Korver, Sterling Brown and G League MVP Frank Mason III. On Sunday, Brown reportedly signed a one-year deal with the Houston Rockets while the Bucks rescinded their qualifying offer to Mason, making him an unrestricted free agent.

The signings cap off a busy week for Horst. He opened the offseason Monday by acquiring point guard Jrue Holiday in a blockbuster deal with the New Orleans Pelicans and followed that with another blockbuster that would have sent DiVincenzo, D.J. Wilson and Ersan Ilyasova to Sacramento for Bogdanovic.

That deal fell apart less than 48 hours later due to reported disinterest from Bogdanovic and is now being investigated for potential tampering by the league.

After dealing Milwaukee’s first-round pick (No. 24 overall) to New Orleans for Holiday, Horst used a pair of second-round selections to add forward Jordan Nwora and guard Sam Merrill in the draft Wednesday night, then waived Ilyasova to shave $7 million off the team’s payroll.

The two-time and reigning Most Valuable Player has until Dec. 21 to accept the offer or decline it and play out the final season of the four-year, $100 million extension he signed in 2016 and become an unrestricted free agent next summer.

As Friday turned to Saturday, the Bucks re-signed Pat Connaughton and followed that by signing point guard D.J. Augustin and forward Bobby Portis in a pair of deals Saturday morning.

What promises to be a chaotic free-agent window opens in the NBA at 5 p.m. Central on Friday, just a couple days after the NBA draft, and a mere 42 hours before signings can begin.

Bucks' trade for Bogdan Bogdanovic falls apart, though it still could happen

Kings swingman Bogdan Bogdanovic never agreed to a sign-and-trade deal with the Bucks and will become a restricted free agent Friday at 5 p.m., leaving him free to sign with any team but giving the Kings the right to match any offer, and perhaps still trade him to Milwaukee.

Acquisitions of Jrue Holiday and Bogdan Bogdanovic put the Bucks in win-now mode.

Dieter Kurtenbach: It's time for Warriors to give up their Giannis Antetokounmpo dream

It was fun while it lasted, but the Warriors have to let the dream go. Giannis Antetokounmpo is not coming to Golden State.

With midnight moves that dramatically overhauled the playoff race in the Eastern Conference, the Bucks might have torpedoed Pat Riley's 2021 plans to land Giannis Antetokounmpo.

Report: Giannis Antetokounmpo tells Swedish paper that future with Bucks ‘depends on what decisions they make'

Giannis Antetokounmpo has told a Swedish paper that his future with the Milwaukee Bucks “depends on what decisions they make,” CBS Sports reported.

Spurs guard Bryn Forbes celebrates a score against the Magic on Feb. 29.

Nuggets' Torrey Craig gestures after being charged with a foul against the Lakers on Sept. 22.