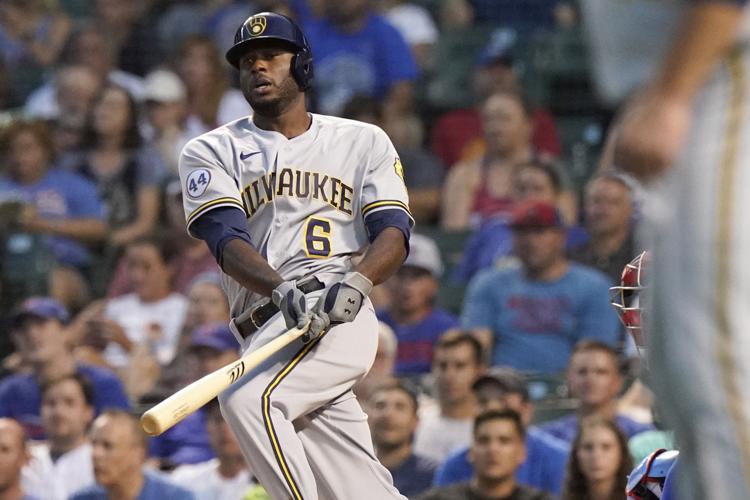 Outfielder Lorenzo Cain and the Brewers are 23-10 since the All-Star break. 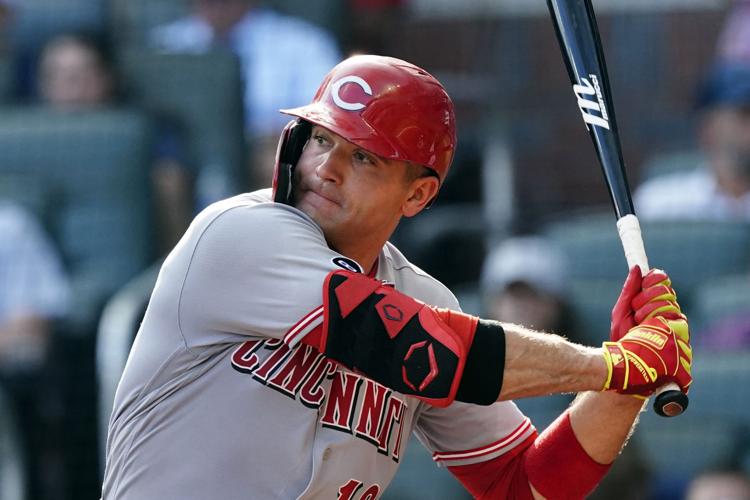 Resurgent Reds first baseman Joey Votto has 17 home runs and 41 RBIs in his past 35 games.

MILWAUKEE — Another week, another showdown for the National League Central-leading Milwaukee Brewers, who will host the Cincinnati Reds in a three-game series that starts Tuesday night at American Family Field.

Milwaukee (76-49) goes into the series with a 7½-game lead over the Reds (69-57), who have won eight of their last 12 and are riding a four-game winning streak after sweeping the Miami Marlins over the weekend.

“We understand that they’re chasing us and we need to show up and play our best baseball against them,” Brewers outfielder Lorenzo Cain said. “There are definitely some huge games against them. We have to continue to go out there and give it our all and hopefully come out two out of three on them and play great baseball down the stretch.”

Cincinnati is 21-15 since the All-Star break but haven’t been able to gain ground on a Brewers team that’s 23-10 during that same stretch and is 10-3 since losing two of three to the San Francisco Giants from Aug. 6-9.

While they’ve been unable to gain ground on the Brewers, the Reds have taken advantage of the San Diego Padres’ recent slide and after sweeping the Marlins now have sole possession of the second NL wild card spot.

“We’ve got a great team we’re going to go up against in Milwaukee,” third baseman Mike Moustakas said during the Reds’ postgame Zoom session Sunday. “We’re going to go out there and see what happens.”

Cincinnati’s dreams of knocking the Brewers off their perch aren’t dead yet. After leaving Milwaukee, 16 of its final 33 games come against teams currently below .500. The will have six games against the Pittsburgh Pirates, four against the Washington Nationals and three each against the Marlins and Detroit Tigers.

Meanwhile, Milwaukee’s remaining schedule against teams above .500 after the Reds series includes 10 games against the St. Louis Cardinals, who are still trying to claw back into the playoff picture, four against the MLB-leading Giants, three against the Philadelphia Phillies and three-game series against the Dodgers in Los Angeles to close out the regular season.

“Three huge games,” Cincinnati catcher Tyler Stephenson said. “But if we can go out there and sweep them, that’s going to make things really interesting. They’re huge. We know that. They know that. It’s probably going to be some of the best baseball played during those three games. Keep doing what we’re doing and have fun with it.”

Joey Votto’s resurgence is a big reason for the Reds’ recent success. The veteran first baseman has hit 17 home runs since the All-Star break while batting .317 with a 1.187 OPS during that stretch. Votto’s production has helped make up for the absence of Jesse Winker, an All-Star outfielder who has tormented Milwaukee this season but landed on the injured list last week with an intercostal strain.

Two of Milwaukee’s top three pitchers will start in the series. Corbin Burnes (8-4, 2.13 ERA) gets the nod in the opener with Brandon Woodruff (7-7, 2.48) scheduled for Game 2 Wednesday night.

Right-hander Freddy Peralta would have taken the mound at some point in the series but is unavailable after landing on the IL last week with right shoulder inflammation. Instead, the Brewers will turn to veteran left-hander Brett Anderson (4-7, 4.15) for the series finale Thursday afternoon.

This series marks the final head-to-head meetings between the Brewers and Reds, who have split their first 16 meetings. The visiting team, though, has had the upper hand, going 13-3. The Reds are 6-1 in Milwaukee while the Brewers have taken seven of nine meetings in Cincinnati, including a three-game sweep to start the second half.

When, where: 7:10 p.m. Tuesday, vs. Cincinnati, American Family Field.

The second baseman homers and drives in three runs.

Christian Yelich hit a solo home run in the first inning and a grand slam in the eighth to lead the Brewers to a 9-6 win against the Nationals on Saturday at American Family Field.

Brewers fail to close out sweep of Cardinals, but end road trip 8-2

Power struggle: What to watch as the Milwaukee Brewers host the Cincinnati Reds in an NL Central showdown

Here are three storylines to watch as the Milwaukee Brewers host the Cincinnati Reds in a three-game, NL Central Division battle this week at …

A four-run seventh overturns a 4-1 deficit en route to a 7-4 victory at American Family Field.

The 4-1 victory at home ups Milwaukee's NL Central lead over the Reds to 9½ games.

The Brewers have only a solo home run by Luis Urias to show for their 5-1 loss.

Jim Polzin: No sweep? No problem. Milwaukee Brewers have proven they're for real

There are bound to be days like this in baseball, and the good news for the Brewers is they could afford one because they’d done enough the previous two days to keep the Reds at a comfortable distance heading into the final 34 games of the season.

As the Milwaukee Brewers gear up for the home stretch with a four-game showdown against the National League-leading Giants in San Francisco, h…

Outfielder Lorenzo Cain and the Brewers are 23-10 since the All-Star break.

Resurgent Reds first baseman Joey Votto has 17 home runs and 41 RBIs in his past 35 games.