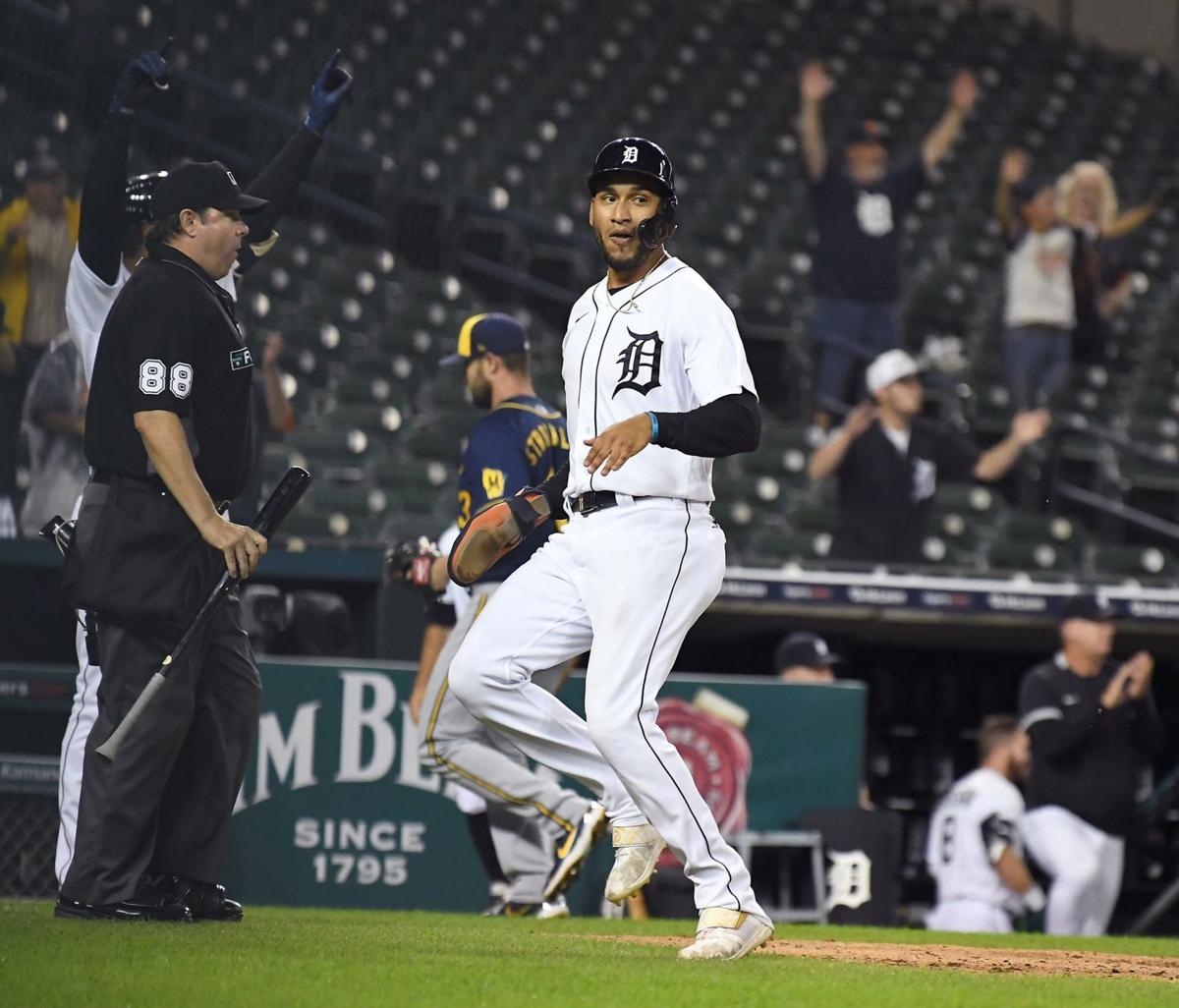 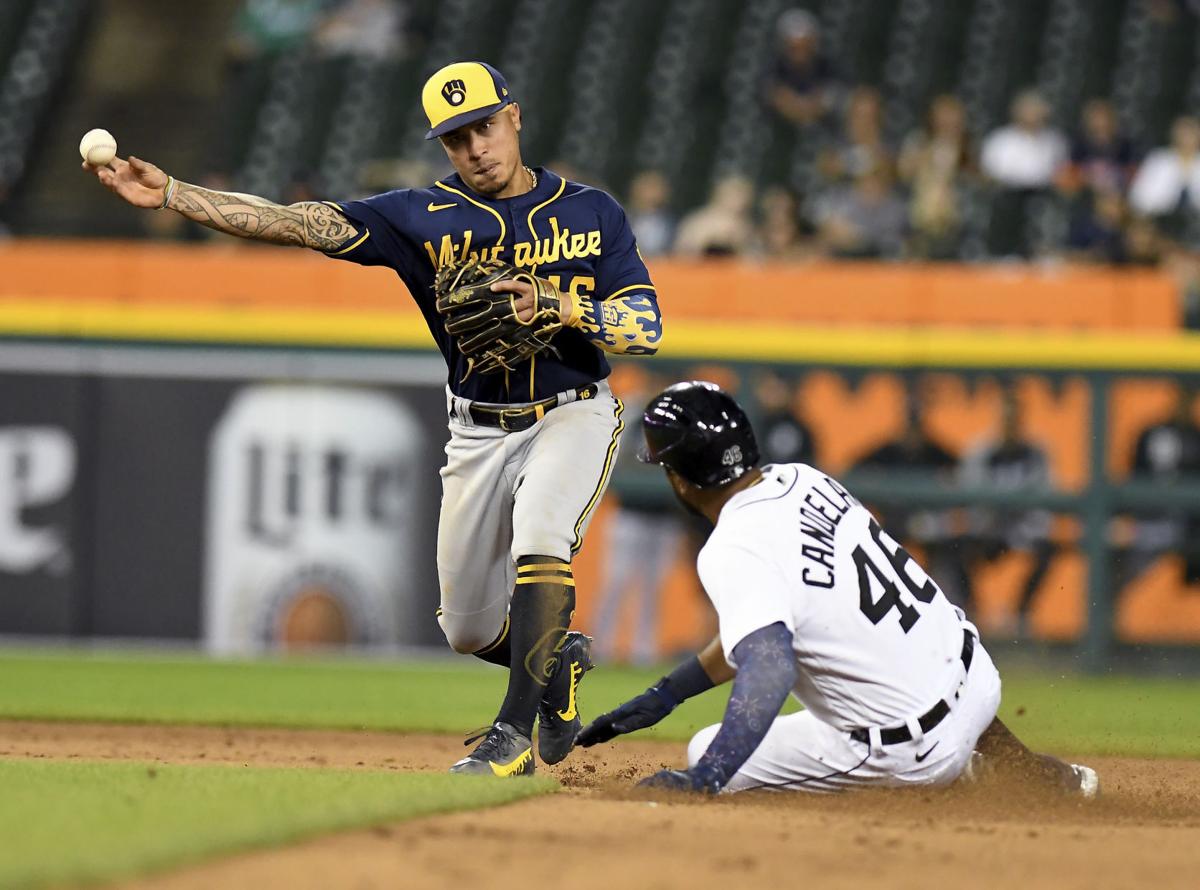 DETROIT — Derek Hill hit a leadoff RBI double in the 11th inning, giving the Detroit Tigers a 1-0 win over Milwaukee on Tuesday night and snapping the Brewers’ five-game win streak.

After the game, Hill had to try to explain to his teammates why he had slid into second base as Victor Reyes was trotting home with the winning run.

“It was just instinct,” Hill said. “I’m trying to give the guys in the clubhouse a better story, but I forgot the game was over and kept going.”

The Brewers loaded the bases with one out against Bryan Garcia (2-1) in the 11th before Christian Yelich grounded into an inning-ending double play.

In the bottom of the inning, Hill fell behind 0-2 while trying to bunt Victor Reyes to third, then lined Hunter Strickland’s next pitch into right-center for the winning hit.

“I told Derek that if he didn’t get the bunt down, he should swing away with two strikes,” Tigers manager A.J. Hinch said. “We just needed to find a way to get a run.”

The Tigers had a good chance in the ninth inning. Brewers closer Josh Hader walked Jonathan Schoop, Robbie Grossman and Miguel Cabrera to load the bases with one out, and then struck out Jeimer Candelario and Eric Haase to force extra innings.

“That’s why Josh is a great pitcher,” Counsell said. “He didn’t have his best stuff and he got into trouble, but he fixed things and put up a zero when we needed one.”

The game started as a pitching duel between Wily Peralta and Freddy Peralta. They each put up six scoreless innings in less than 90 minutes. Detroit’s Alex Lange was coming out of the bullpen to pitch the seventh when the game was stopped for 1 hour, 49 minutes due to rain.

The delay lasted significantly longer than the rain, both because the mound in the Tigers bullpen had sustained water damage and due to significant amounts of lightning in the area.

“There was another area of unstable weather before the first line, so they wanted to see what happened with that,” Hinch said. “Luckily, it went away from the park.”

While both Peraltas have played large portions of their careers for the Brewers, this was the first time they appeared in the same game. Wily left the Brewers after the 2017 season, while Freddy joined them in 2018. Wily faced the Brewers once in 2018 while pitching for the Royals, but Freddy didn’t pitch.

The Brewers had runners in scoring position in the second, third and fourth innings, but couldn’t get another hit.

“Wily’s command was really good and he had his split working,” Hinch said. “We know he’s capable of doing that.”

Jeimer Candelario led off the fifth with Detroit’s first hit — a bloop single to left — but Eric Haase grounded into a double play.

The Tigers had runners on first and second in the sixth, but Grossman popped up a 3-0 pitch to end the inning moments before the rain started.

Neither team threatened in the first two innings after the delay, leaving the game scoreless going to the ninth. Soto pitched a perfect top of the inning.

After Detroit failed to score in the ninth, the teams stranded runners on third in the 10th.

Brewers right fielder Avisail Garcia left the game after the top of the sixth inning with lower back spasms.

With schools back in session, the Tigers have moved to 6:40 p.m. Eastern starts on weekday nights, instead of the usual 7:10. The plan is to make it easier for kids to attend games on school nights.

The six-time All-Star, who spent his entire 14-season MLB career with Milwaukee, made the announcement in a video message released by the team Tuesday morning.

Since the All-Star break, Milwaukee has posted a league-best .266 batting average and .312 average on balls put in play while scoring an NL-leading 279 runs.

Milwaukee hits five home runs in the 11-1 victory and completes a three-game sweep.

Josh Hader came on to pitch the ninth after Corbin Burnes struck out 14 batters without giving up a hit through eight scoreless innings Saturday night in Cleveland.

With Friday night's 10-3 win over Cleveland, Milwaukee is 32 games over .500 for the first time in franchise history.

It's an unusual spot for a team that had to scratch and claw its way into the playoffs the past three years.

The Cubs have come alive in the past two weeks while the Cardinals are in the lead for the second NL wild card spot.