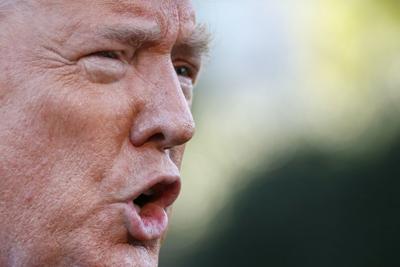 For too long, the power of the executive branch has long exceeded the narrow set of powers and expectations set out by the U.S. Constitution.

Unfortunately, there is little sign of this changing, with President Donald Trump and the Democratic candidates alike perpetually seeking to push the limits of executive authority.

Just because someone is elected president doesn’t mean they can do whatever they’d like. And even for those who claim a “mandate,” any purported mandate must be constrained by the limits of the Constitution.

While presidents have a tendency to take on an almost cultish devotion among their strongest supporters, Americans ought to see the dangerous path of infusing a single individual with so much power.

Though there is still plenty of information to sort through, there is legitimate cause for concern about President Trump’s apparent order to hold up congressionally approved aid to Ukraine ahead of a call with Ukraine’s then newly-elected president Volodymyr Zelensky.

It raises, among other things, red flags over the president breaching the separation of powers with regards to Congress’ power of the purse.

But in addressing another sort of abuse of power, the Orange County Register’s editorial board has called out other instances of President Trump overextending the reach the executive branch ought to have.

This includes tariffs initiated officially under dubious national security grounds. It also includes his perpetuation of American involvement in conflicts without congressional authorization, particularly U.S.-support for Saudi Arabia’s brutal war in Yemen. And it includes his efforts to sidestep Congress by declaring a national security at the southern border after Congress refused to fund a border wall.

Whatever the merits of any of these ideas, there’s supposed to be a process for implementing and pursuing such policies.

Unfortunately, in sidestepping Congress and expanding the power of the executive branch, President Trump has merely followed those who came before him.

And to make matters worse, those vying to succeed him aren’t much better on that front.

Democratic presidential candidates have been more than happy to run with the idea that they can abuse executive authority, particularly by way of executive orders, to get what want without having to go through Congress.

Joe Biden’s website touts the former vice president’s promise to “sign a series of new executive orders with unprecedented reach that go well beyond the Obama-Biden Administration platform and put us on the right track” with respect to climate change.

Sen. Elizabeth Warren, D-Massachusetts, meanwhile, has vowed to “do everything I can by executive order” on guns, while also wanting to use that power to raise the pay of women of color.

It’s unfortunate that presidents and aspiring presidents have developed such an outsized view of their powers. It is likewise unfortunate that Congress has done little more than allow things to run on autopilot, with only rare efforts to check presidential powers.

One thing is for certain: The Founders would not recognize the federal government of today as what they envisioned and planned for.

Hidden gems: 10 restaurants worth finding in the Madison area

These 10 restaurants are off the beaten path and may not immediately come to mind when you're in the mood to dine out. Some are hidden in plai…

There wasn’t a playbook to follow as a small group within the UW men’s basketball program tried to navigate the aftermath of Erik Helland using a racial epithet in front of players last month.

Mark your calendars for April 21.

The Spartans are hiring Mel Tucker, who played defensive back for UW in the 1990s, away from Colorado, with the first report by Bruce Feldman of The Athletic.

Madison Metropolitan School District officials are examining how to make a "best practice" of staff not using student bathrooms work in older buildings after a transgender staff member wrote an open letter claiming such a practice has a transphobic effect.

Austin Carl will not have the influential neighborhood association's support at a Feb. 19 alcohol license hearing.

Arrest made in town of Blue Mounds homicide; motive unknown