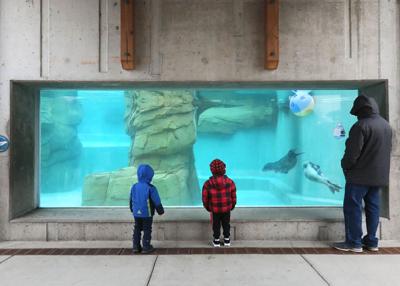 The free zoo, enjoyed by families for more than a century on Madison’s Near West Side, recently lost its only two Black zookeepers — and they didn’t leave on good terms. In exit interviews, emails and other documents, the resigning zookeepers alleged racism, unfair treatment and retaliation by zoo management, according to last Sunday’s article “2 Black keepers leave amid deaths of animals,” by State Journal reporter Lucas Robinson.

Other workers confirmed a difficult work environment, poor morale and unnecessary harm to animals. Public records revealed four complaints against the zoo in the last five years to the county’s Office for Equity and Inclusion.

The revelations are troubling and come on the heels of other fiascos.

Zoo director Ronda Schwetz went on leave from her job last year to defend against a charge of sexual assault in Seattle. A male co-worker who reported to Schwetz at the zoo alleged Schwetz had drunkenly groped and made sexual advances against him during a work trip in 2018. Schwetz shared a room with the man, he said, supposedly to save money. That alone suggests poor judgment. Under a court agreement, the charge will be dismissed if Schwetz, who denies the allegations, completes a drug and alcohol class and follows court rules.

Before that, the Henry Vilas Zoological Society accused Schwetz of making sexually explicit and demeaning comments to society staff. The society subsequently lost its role in operating concessions and guest services at the zoo.

County officials say they’re looking into disputes at the zoo, but have mostly explained them away — even though problems keep cropping up.

It’s time for an independent investigator to get to the bottom of the latest and troubling accusations. Then the investigator’s findings must be shared with the public. Somebody outside of county control needs to be granted the access and time to determine what’s really going on.

The allegations of racism and intimidation by zoo management are a huge blow to longstanding effort to diversify staff. Government needs to lead by example in making Dane County a more welcoming place for people of color.

Courts fail the public in push for fair maps

The zoo isn’t helping that cause.

Government must hold itself to higher levels of accountability. Instead, county officials and zoo leaders seem dismissive about the zoo’s embarrassing episodes, hoping public attention will fade.

That’s unlikely to happen if serious problems with the culture at the zoo go unaddressed, and if management is given endless chances to improve.

An independent and transparent investigation will go a long way toward reassuring the public that the zoo they love is treating its workers fairly, striving to diversify staff so it better reflects its community, and caring for its animals in responsible ways.

The two Black zookeepers, a man and a woman, had worked at the Dane County zoo for five and nearly four years, respectively. After resigning this year, they took jobs at bigger zoos in Dallas and St. Louis. Only about 4% of all zookeepers in the country are Black.

Dane County’s leaders should appoint a special investigator so the zoo’s reputation as a fun and enriching place isn’t further sullied.