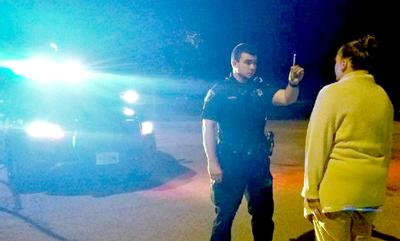 Wisconsin is the only state in the country that treats a first offense for drunken driving as a traffic ticket, rather than a crime.

Wisconsin is one of only five states not sharing data about traffic convictions with violators’ home states, including for operating while intoxicated.

Wisconsin is one of only seven states without a requirement for ignition locks, which prevent OWI offenders from starting their vehicles if alcohol is detected on their breath.

No wonder drunken driving is on the rise again in the Badger State. Impaired drivers were involved in at least 7,148 crashes last year — the most since 2008 — and about half of those involved injuries, while 167 people died. That’s according to “State of intoxication | OWI on the increase,” a special report by the Wisconsin State Journal and other Lee Enterprises news outlets across the state.

It’s not just our heavy-drinking culture that’s to blame for the surge in OWI crashes, though that’s a significant factor. Nearly 1 in 5 licensed drivers in Wisconsin — 770,000 — have at least one conviction for operating while intoxicated. And more than 20,000 have at least five OWIs.

It’s not just the pandemic, though COVID-19 isolation contributed to heavier drinking and reckless driving.

It’s not just the Tavern League, though the industry often fights for its financial interests over sensible public safety precautions.

The biggest fault for Wisconsin’s drunken-driving increase lies with state lawmakers, who refuse to take simple and proven steps to deter impaired driving that have worked in other states and enjoy bipartisan and public support.

Lawmakers should listen to the families of the victims, such as Alyssa Schultz, who lost her fiance in a head-on crash when four-time offender Eric Hagenbart drove the wrong way while drunk on Highway 151 between Beaver Dam and Waupun in 2019.

Special report: Drunken driving in Wisconsin, by the numbers

“I’m still disgusted and extremely disappointed by the fact this person was able to get behind the wheel of a vehicle,” Schultz said.

They should listen to Cathy Koessl, who lost her parents and uncle in 2019 when Timothy Vandervere — whose blood alcohol content was nearly four times the legal limit, according to news reports — slammed into their vehicle at nearly 100 mph.

“These crashes did not have to happen,” Koessl said. “They should not have happened.”

Lawmakers should listen to law enforcement, which needs funding to target impaired drivers.

“I’d like to think that we as police are doing our jobs, but we can’t catch them all and we know there are people getting away with it every night,” said Jessica Quamme, who made 125 OWI arrests over three years as an officer for the small village of Shorewood Hills, which borders busy University Avenue in Madison. “You just hope and pray they don’t kill anyone on the way.”

The Legislature sworn into office this week needs to act. The solution is tougher penalties combined with more prevention, easy access to treatment and better monitoring of alcohol abusers.

The Legislature has been puttering for years, passing a few small improvements. What’s needed are much bigger solutions and an aggressive approach to put drunken-driving crashes back in decline.

Thank you for the State Journal's interesting (and sobering) articles about binge drinking and drunken driving in Wisconsin. And the Jan. 5 ed…

Clarence Page: Is Hakeem Jeffries the next Barack Obama? Don't rush him

No, New York Rep. Hakeem Jeffries does not want to be the next Barack Obama, though sometimes it seems as if everyone is asking.