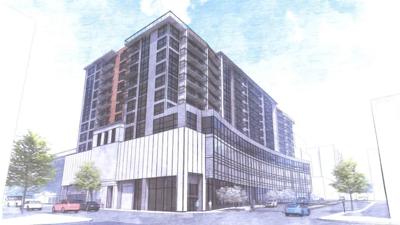 The Madison City Council shouldn’t confuse the serious need for more affordable housing in the city with high-rise penthouses.

Nor should it further complicate the massive Judge Doyle Square development Downtown, after years of troubling obstacles and discarded plans.

The city has an opportunity to approve 78 apartments for lower-income renters as part of Gebhardt Development’s proposed nine-story, mixed-use tower above a city-owned parking structure that’s part of Judge Doyle Square south of Capitol Square. Gebhardt has offered twice as many lower-cost housing units than competing developers. But some city officials want Gebhardt to scatter the subsidized apartments throughout the tower — including top floors with sweeping views.

Really? When did the goal of encouraging more affordable housing in Madison morph into demands for panoramic scenery from high above the central city? Most people would consider living on the top floors of a Downtown tower to be a luxury, not an affordable option.

Gebhardt, a Madison company, wanted to keep the less expensive units together in its roughly $50 million building so a nonprofit could own them as a single condominium, which would have made financing easier. The affordable units still would have had similar quality and comparable design to the more than 100 market-rate units, and all residents would share access to the building’s amenities.

That’s a sweet deal if you are a family of three earning $54,240 or less a year, which would be the eligibility level. The affordable units would be rented at no more than 30 percent of what occupants make for a living.

But that wasn’t good enough for some city officials, who worry that people in the affordable units might feel separated from the folks who live higher in the tower.

Hey, welcome to the real world, where wealthier people often live in prime locations with fancy perks because they can afford it. Most of the rest of us are fine with a nice place that suits our needs. The idea that everybody — low-, middle- and upper-income people — must have equal access to the top of a new Downtown tower is utopian folly.

Then consider the economics of such a city demand: If a small family earning less than $50,000 annually must live next to people making multiple times that, then the logical result is that the city will have to subsidize more of the cost and create fewer affordable units.

That’s not fair to taxpayers and fails to maximize the impact of city efforts to house more people of modest means.

The developer, one of two working on the larger two-block Judge Doyle Square project, is trying to accommodate the city. But Gebhardt has had to drop efforts to secure federal tax credits because dispersing the lower-cost units throughout its building would have little chance of securing credits.

The city’s Finance Committee this month will consider adding as much as $2.4 million in cost to the project, reducing the number of affordable units by nearly half, and raising the eligibility requirements.

The smarter decision would be to maximize the amount of affordable housing that’s created without greater cost, even if working people with modest incomes can’t gaze across the skyline from above.

City officials have proposed scattering affordable apartments throughout a planned nine-story tower Downtown, rather than concentrating them o…

On this week's "Center Stage" political podcast, Milfred and Hands lament Madison's utopian disdain for 78 lower-cost apartments in the lower part of a Downtown tower a block off the Capitol Square. The Madison City Council is confusing affordable housing with high-rise penthouses.

MOBILE, Ala. — Agents from Immigration and Customs Enforcement recently conducted massive raids on chicken processing plants in the state of M…