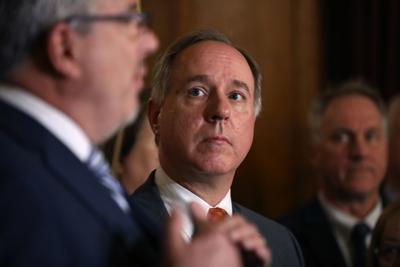 Wisconsin’s rainy day fund — and the stream of money that flows into it — appear safe, at least for now.

The Legislature’s Joint Finance Committee wrapped up its work on the state budget last week, rejecting talk of siphoning money away from what’s formally called the Budget Stabilization Fund. The account is a backstop against hard times that should only be tapped during a recession or fiscal emergency. And under a 2001 law signed by former Republican Gov. Scott McCallum, at least half of unexpected tax revenue must be deposited into the fund as a safeguard.

Assembly Speaker Robin Vos, R-Rochester, released a memo by the nonpartisan Legislative Fiscal Bureau this week showing the rainy day fund is projected to nearly double by about $300 million to $617 million this year.

“It’s important that the state saves money in case there’s a downturn in the economy,” Vos said in a statement Wednesday.

The last time Wisconsin faced a recession in 2008, it had less than $2 million in its rainy day fund, which did virtually nothing to stabilize a state budget of more than $60 billion. With so little to fall back on, state leaders in subsequent years cut hundreds of millions of dollars from public schools and higher education, while allowing roads and other services to deteriorate.

The way to avoid steep cuts or higher taxes the next time a recession hits is to sock away money now while the economy is strong, as the McCallum law requires.

The state’s rainy day fund has grown over the last decade as the economy recovered from the 2008 recession. Yet at $325 million, today’s rainy day fund isn’t substantial. It would fund the operations of state government for little more than a week.

Only six other states — including the basket case of Illinois, which couldn’t operate for even a day — had smaller financial cushions last year, according to the National Association of State Budget Officers.

That’s why news of an unexpected surge in state revenue last month was so encouraging. The Fiscal Bureau estimated the state will collect hundreds of millions of dollars more than expected this fiscal year, largely because of a change in federal tax laws. As a result, about $291 million of the unanticipated revenue will be deposited into the state’s emergency fund.

Senate Majority Leader Scott Fitzgerald, R-Juneau, had floated the bad idea of spending some or all of that money on tax cuts and infrastructure. He suggested he was willing to undermine McCallum’s law, which serves as a strong incentive for fiscal responsibility.