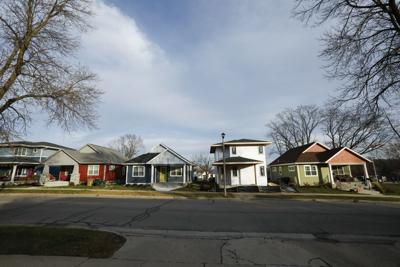 Over the last 20 years, the average single-family home, which was $174,600 in 2002, has more than doubled in value. And that includes five years of falling prices because of the Great Recession in 2008.

But what if you don’t own a home and want to buy one? What if you have to rent an apartment? The market is tight, and prices are climbing. For many people with modest incomes, affordability is slipping away — or long gone.

Keep the buzz going for 'No Mow May'

Madison’s housing crisis only seems to be intensifying, and it demands greater attention and action from policymakers.

The recent news that Madison home values jumped 12.4% in the last year alone underscores the challenge. While it’s great that more people want to live in Madison, workers can’t fill jobs here if they can’t find a place to live.

The easiest answer to the housing crisis is to build more homes and apartments. The city estimates it will need 10,000 new homes in five years to meet projected needs.

Part of the problem is that Madison can be picky, inflexible and unrealistic.

For example: Lakefront properties are not the place to build low-income units, as much as that might appeal to Madison’s idealism. Land prices are too high near the water to efficiently subsidize less-expensive apartments or condos. Better to use that money to help more people elsewhere — even just blocks away.

Nor should high-rise penthouses overlooking Downtown be affordable for most people, as some City Council members contended during a perplexing debate over Judge Doyle Square in 2019.

Madison is right to carefully assess the size, look and other impacts of building projects. But that process can drag on for years and suffer from lengthy disputes over narrow specifics such as building materials. It adds cost to developers, which adds cost to homebuyers and tenants.

Madison needs a more predictable path to approval for proposals from private developers who shouldn’t be treated as the bad guys. More than anyone else, they are key to solving the problem.

How to fix America's angry culture

The good news is that Madison has been showing more creativity and commitment in recent years. The City Council in December allowed a developer two extra floors of height for a 10-story State Street apartment building in exchange for 112 beds for lower-income students. That was a sensible swap that accomplished a lot without burdening taxpayers.

City officials also are favoring soundproofing for housing near the airport, rather than banning development there. And we still like Mayor Satya Rhodes-Conway’s idea of allowing backyard cottages.

Allowing more density, especially Downtown, will let more people avoid a lengthy commute, ease traffic congestion and save farmland from urban sprawl. The public and private sectors have poured millions into subsidizing affordable units, which is admirable. The city should use special tax districts called TIF to aid the cause.

The big jump in home values this spring should only intensify the search for greater progress.

Fast internet for everyone in Wisconsin is within reach

STATE JOURNAL VIEW: 'Year of Broadband’ led to lots of progress, but Wisconsin isn’t there yet

Jonah Goldberg: Trump’s goal is to solidify control over the GOP, not help it win elections

Sen. Ted Cruz of Texas said something interesting while campaigning for Dave McCormick, one of the contenders for the GOP nomination to replac…

STATE JOURNAL VIEW: Madison can do much better with prime public space along the Downtown lakefront