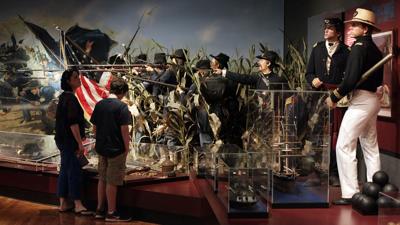 America has a lot of guns. This nation has collectively more civilian-owned guns than we have citizens.

Where does this unique set of beliefs about the protective power of a gun come from?

Americans have not always felt this way: Historians suggest that for a large portion of this country’s existence, firearms were more often thought of as tools for hunting and pest control, with a purpose that was not primarily to keep a household safe. Guns, when advertised, were often displayed in the same pages as household goods such as farm implements, with similar language promoting both.

It is only relatively recently that Americans came to widely believe that guns keep a person safe and secure. My research at UW-Madison with Jessica Mazen suggests that the crystallization and propagation of these beliefs happened largely in the former slave states in the aftermath of the Civil War.

The South was a very dangerous place after the war. More than half a million men, with their weapons, returned to what rapidly became one of the most heavily armed societies in the world, and one of the most violent: The murder rate in the South during the 1870s was an estimated 18 times higher than in New England — largely driven by white men killing each other.

The postwar period was shaped by the Reconstruction administration’s efforts to expand political power to those who had been emancipated and the backlash against this attempt. Elite white Southerners considered the empowerment of the previously enslaved population an existential threat and worked to repress Black political power as completely as possible.

As part of that project, white Southern leaders explicitly anchored the protection of their way of life in the private ownership of firearms, arguing that guns protected white people from an illegitimate government unwilling to keep them safe. The huge supply of firearms from the war made this argument salient.

Using data from the 1860 census, nationally representative survey data from more than 3.5 million Americans, and records of every death in the U.S. from 1996 to 2016, we found that the higher the rate of enslavement in a county in 1860 — i.e., where nascent Black political power was more threatening to post-Civil War white elites — the higher the rate of gun ownership today. These are also the counties where everyday feelings of danger among citizens best predict rates of gun ownership.

In other words, counties with a historical prevalence of slavery had both the most guns and the tightest link between guns and feelings of safety. These are the places where contemporary American gun culture took root.

Even when we include other possible determinants of gun ownership — such as crime rates, police spending, population density, unemployment rates, income, racial segregation, education levels, state gun laws and political voting patterns — we still found that historical rates of slavery predict gun ownership. It was about as good a predictor as the percentage of the country voting for Donald Trump in the 2016 presidential election.

Of course, gun ownership is prevalent outside of the former slave-holding states as well — and similarly coupled with the notion that guns keep households safe. How did these beliefs migrate out of the South?

We found that they piggybacked on the mobility that America has historically been known for. Americans tend to move quite a lot, and as they move, they bring their cultures with them. We can see the effects of these moves in the patterns of Facebook friendships around the country.

The counties outside the South that are the most socially tied to counties with high rates of historical enslavement have higher rates of gun ownership. Those counties also have a stronger link between people feeling unsafe and people owning guns. Ideas about protective gun ownership are transmitted socially and dispersed through the country along with the population.

Something as complex as America’s relationship with guns cannot be boiled down to just one cause. More contemporary factors — such as the decline of American hunting culture and the pivot by gun manufactures from advertising hunting rifles to promoting handguns and assault rifles, changes in federal and state gun laws, and political polarization around gun ownership — also play a major part.

Nevertheless, the effort by white Southerners to reclaim power in the aftermath of the Civil War was the context for the development of the idea that guns are needed for personal protection. This conceptual frame is in evidence in the geographic distribution of firearms and beliefs about them today. And it may help explain how Americans think about guns in this country: who guns are “for,” and who they are to be used against.

Buttrick is an assistant professor of psychology at UW-Madison: nbuttrick@wisc.edu. He wrote this for the Los Angeles Times.