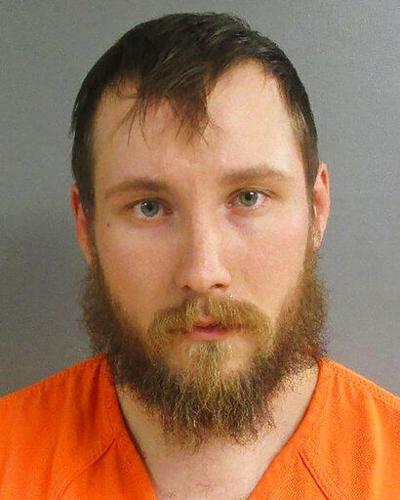 Granted, that’s a counterintuitive claim. But it is regularly reinforced whenever one hears decent white Americans attempt to rationalize the misbehavior of their less decent kin.

One such effort turned up on social media a few days ago. Walker Bragman, a freelance journalist for, among others, The Huffington Post, sought to explain why “far right and white nationalist groups” turn to violence. He tweeted what he said were images of the home of Joseph Morrison, one of the men recently arrested for plotting to kidnap Michigan Gov. Gretchen Whitmer.

The photos show a ramshackle yard strewn with junk. Two trucks, both of which appear driveable, are shown, though one has damage to a side panel. Two flags droop from poles. One is the Stars and Bars.

“Can we acknowledge that maybe economic circumstances play a role in radicalizing people?” Bragman asks. In the face of skyrocketing job loss, he argues, “of course we’re going to see violence.” Bragman notes that, when asked about “violence in inner cities,” people “correctly point to economic conditions as a driving factor. But when it comes to militancy in rural America, they refuse to entertain a similar explanation.”

Interestingly, he never mentions the Confederate flag. Not that that’s the only flaw in his argument. Bragman is correct when he says that violence in the inner city — code for violence among people of color — is usually linked to poverty. Folks with secure financial prospects — for that matter, folks with college educations — are not usually found in street corner shootouts.

But here is where Bragman’s logic turns as ramshackle as Morrison’s yard: Inner-city violence — the violence of having too little, living too close, enduring too much — almost always stems from arguments, drug-trade disputes and small-time street crime. But when have you ever seen an inner-city gang conspire to overthrow a government? Would news media dignify that terror cell as it has dignified this one, by calling it a “militia”?

Would anyone tie the crime to economic anxiety?

The answers, in order: Never, no and no.

One of the things white people tend not to understand about white people is how deep that resentment, that fear of demotion, go. Granted, the white poor have always been the ground troops of that bitterness, the ones who threw the punches and planted the bombs. But poverty did not cause the bitterness or the violence. Rather, they stem from a conviction that, by dint of color or culture, one deserves the final and decisive word.

Bragman’s willingness to advance a flimsy rationalization that steers away from that conclusion is unfortunate but not surprising. In America, we are taught to reflexively conflate whiteness with innocence, primed to believe that if a Joseph Morrison did what is alleged, there must be a sympathetic reason.

Sorry, but that case cannot be made.

Emily Mills: In defense of incivility

Naughty language as a response to such blatant disregard of human suffering should be the least of our concerns.

The positive impact it will bring to our citizens, their families and our communities as a whole is undeniable.