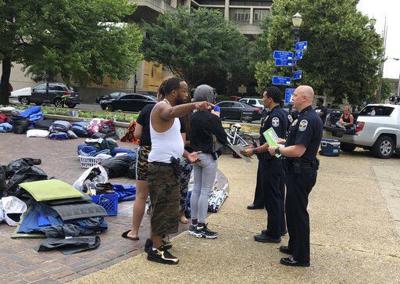 The Louisville (Kentucky) Metro Police Department has fired Brett Hankison, one of three police officers involved in the egregious death of Breonna Taylor, a 26-year-old emergency medical technician who was shot dead in her home though she was not guilty of any crime. Prosecutors should go further and bring criminal charges against all three. Civilians have been prosecuted for behavior less damning.

But even criminal prosecutions of the three involved in Taylor’s death won’t change the dynamic that prompted them to break down her door in the middle of the night, claiming they were looking for evidence of illegal drugs. After all, a judge signed off on no-knock warrants that allowed police to barge into her home. (The Louisville Metro Council has since outlawed no-knock warrants.)

Taylor’s murder is a consequence not only of outrageous police conduct but of the misguided, decades-long “war on drugs.” That campaign has fostered a lawless climate within the criminal justice system, a climate that misrepresents arrests as security, low-level dealers as drug kingpins, and imprisonment of nonviolent drug offenders as victories over the illegal drug trade.

Around the country, some advocates for police reform have shifted to a call to defund the police, an unfortunate tagline that could be interpreted as giving up police protection from actual criminals. Instead, they ought to call for defunding the war on drugs, which would save billions of dollars, shift resources to social services and scale back the police war on poor Black and brown neighborhoods.

Since then-President Richard Nixon declared illegal drug use (not poverty or racism or systemic inequality) “public enemy No. 1” in 1971, the United States has spent about a trillion dollars in its war on drugs, according to the Center for American Progress.

Let patients have pot for pain

What have we purchased with that money? The use of illegal drugs certainly hasn’t decreased. Rather, it has shifted, waxing and waning among different drugs and populations. While cocaine surged in popularity in the 1980s and methamphetamines about a decade later, prescription opioids became the preferred method of illegally self-medicating in the 21st century. When authorities cracked down on prescription drug supplies, addicts simply shifted to heroin and synthetic opioids.

Meanwhile, the war on drugs has been a cornerstone of what legal scholar Michelle Alexander has called “The New Jim Crow,” fueling the mass incarceration of Black Americans, especially men. Though Black Americans account for about 12.5% of all users of illegal drugs — a number on par with our percentage in the population — we account for about 30% of all drug arrests. Police departments encourage their officers to make arrests, so they routinely target penny-ante dealers and users in poor neighborhoods. For decades, Congress even held on to a blatantly racist law that punished the use of crack cocaine (which is used disproportionately by Blacks) more harshly than the use of powdered cocaine.

As opioid addiction began to disproportionately affect white Americans, the rhetoric around illegal drug use began to shift appreciably. While Black Americans who used crack had been disparaged as outlaws deserving imprisonment, white opioid users have been described sympathetically as addicts deserving treatment.

The mass incarceration of Black men has decimated entire neighborhoods, locking up young men who should have been working and taking care of their families. When they are finally released, they are subjected to long periods of parole, which means they can be imprisoned again for minor offenses. Worse still, they are shunned by employers because they have felony records.

The punitive approach to drug use has also encouraged the growth of violent criminal cartels, mostly south of the border. Citizens of Mexico, Guatemala and Colombia have suffered horribly from Americans’ demand for illegal drugs and the drug kingpins who stepped in to provide the supply. The United States learned nothing from alcohol prohibition, which fueled the rise of violent gangsters such as Al Capone.

The war on drugs can make police officers indistinguishable from violent gangsters. In 2007, three Atlanta police officers were sent to prison for killing 92-year-old Kathryn Johnston in her home after they barged in on a no-knock warrant obtained by lying to a judge. Similarly, reports indicate that the Louisville police may have lied to obtain their warrant for Taylor’s home.

It’s past time to put an end to this official thuggery.

Because of people like Dr. Tim Harrington, there is hope in these troubled times.

Plain Talk: More than 50 years after the Kerner Report, we still have two Americas

Not many remember the damning report about America's racial problems we were all warned about more than 50 years ago. After months of hearings and testimony, a high-powered commission concluded that we have two Americas — one white and one black.

Milwaukee Congresswoman Gwen Moore is hoping that she can get Congress to award an all Black Women's Army Corps unit known as the "Six Triple Eight" a Congressional Gold Medal for its overseas service during World War II.