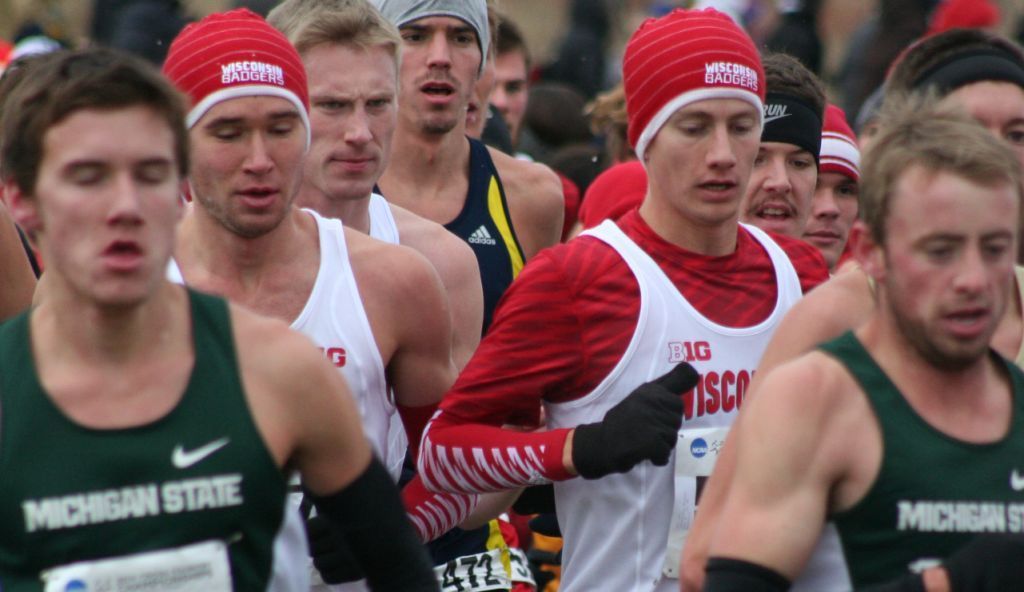 Badgers Malachy Schrobilgen, left, and Michael Van Voorhis run among a pack during the middle of the race at the NCAA Great Lakes Division I regional at the Zimmer Course and University Ridge. (Photo / Rob Hernandez) 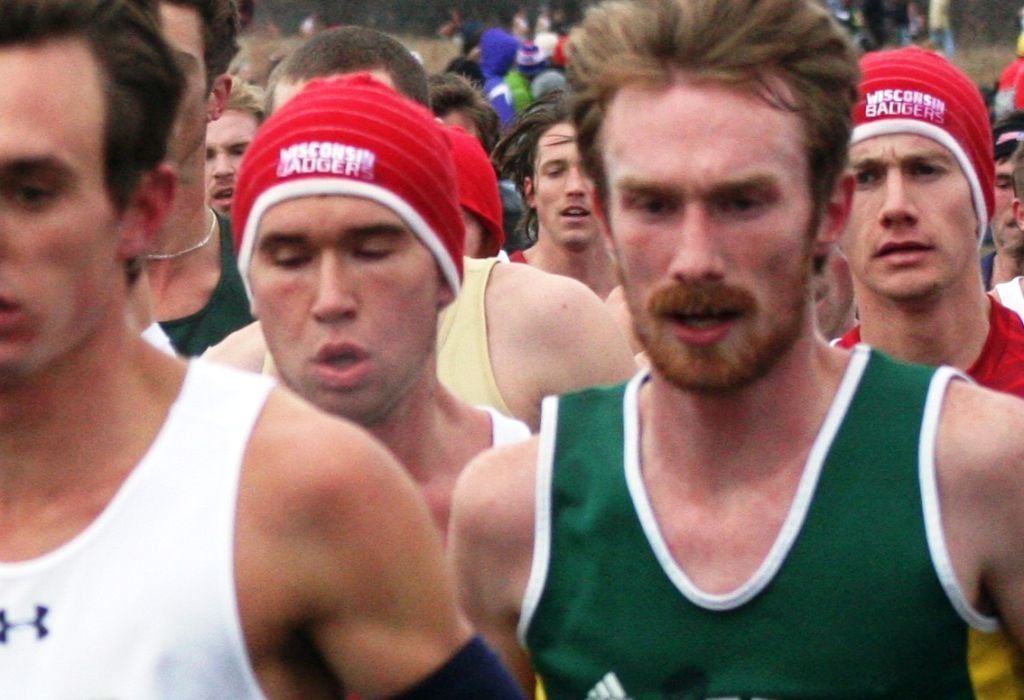 Although just a sophomore himself, Malachy Schrobilgen had more experience with the 10-kilometer distance than four of his University of Wisconsin men's cross country teammates that joined him on the starting line for the NCAA Great Lakes Regional meet on Friday.

That all seven runners in the Badgers' lineup handled the challenge with such consistency made it possible for UW to leave the Thomas Zimmer Championship Course at University Ridge with another Great Lakes title.

Schrobilgen finished second to three-time Missouri Valley Conference champion John Mascari of Indiana State, who held off the two-time Big Ten Conference champion for his third consecutive regional victory in the 10K race, which is 2,000 meters longer than what men's runners handle during most of the regular season.

UW, ranked sixth in the nation, didn't have another runner in the top 10, but did pack six other runners within 5 seconds of each other — all in the top 25 — as the Badgers won with 62 points. Michael Van Voorhis (13th) was the lone senior among scoring runners for UW, which leaned on freshmen Joe Hardy (14th), Morgan McDonald (15th) and Carl Hirsch (17th) at Nos. 3 through 5.

"You saw it out there," Schrobilgen said. "The guys just ran together. They ran tough. Coach (Mick Byrne) told us before the race, me and (Van Voorhis), our job was to go out front and run with the guy guys, cover the individuals and the top guys from the other schools. The other guys back there were supposed to read the race, find the other teams that we knew were going to be players and kind of shadow them.

"For a lot of those guys, this was their first 10K, so I think that too their minds off how much longer the race was and got them in a good mental state. Once they got to a point in the race where they had to go, they were good to go and they made it look pretty relaxed and pretty easy."

Indeed, getting to next Saturday's NCAA Championship in Terre Haute, Indiana, was only part of the challenge for UW. The Badgers wanted to get there "without too much damage" and compete for the title.

"Hopefully, they recover real well," Byrne said. "Again, they're young and we keep talking about that. But they're very excited. It's been two good weeks — the Big Tens and now this. ... I don't put a lot of credit in the rankings. We just have to go in there and give it our best shot."

Badgers Malachy Schrobilgen, left, and Michael Van Voorhis run among a pack during the middle of the race at the NCAA Great Lakes Division I regional at the Zimmer Course and University Ridge. (Photo / Rob Hernandez)