GENEVA (AP) — The deadly Ebola outbreak in Congo is now an international health emergency, the World Health Organization announced on Wednesday after the virus spread this week to a city of two million people.

A WHO expert committee had declined on three previous occasions to advise the United Nations health agency to make the declaration for this outbreak, which other experts say has long met the conditions. More than 1,600 people have died since August in the second deadliest Ebola outbreak in history, which is unfolding in a region described as a war zone.

This week the first Ebola case was confirmed in Goma, a major regional crossroads in northeastern Congo on the Rwandan border with an international airport. Health experts have feared this scenario for months.

A declaration of a global health emergency often brings greater international attention and aid, along with concerns that nervous governments might overreact with border closures.

While the risk of regional spread remains high the risk outside the region remains low, WHO chief Tedros Adhanom Ghebreyesus said after the announcement in Geneva. "The (international emergency) should not be used to stigmatize or penalize the very people who are most in need of our help," he said.

This is the fifth such declaration in history. Previous emergencies were declared for the devastating 2014-16 Ebola outbreak in West Africa that killed more than 11,000 people, the emergence of Zika in the Americas, the swine flu pandemic and polio eradication.

WHO defines a global emergency as an "extraordinary event" which constitutes a risk to other countries and requires a coordinated international response. Last month this outbreak spilled across the border for the first time when a family brought the virus into Uganda after attending the burial in Congo of an infected relative. Even then, the expert committee advised against a declaration.

"This essentially serves as a call to the international community that they have to step up appropriate financial and technical support," she said but warned that countries should be wary of imposing travel or trade restrictions.

"Those restrictions would actually restrict the flow of goods and health care workers into affected countries so they are counter-productive," she said. Future emergency declarations might be perceived as punishment and "might result in other countries not reporting outbreaks in the future, which puts us all at greater risk."

WHO had been heavily criticized for its sluggish response to the West Africa outbreak, which it repeatedly declined to declare a global emergency until the virus was spreading explosively in three countries and nearly 1,000 people were dead. Internal documents later showed WHO held off partly out of fear a declaration would anger the countries involved and hurt their economies.

The current outbreak is spreading in a turbulent Congo border region where dozens of rebel groups are active and where Ebola had not been experienced before. Efforts to contain the virus have been hurt by mistrust by wary locals that has prompted deadly attacks on health workers. Some infected people have deliberately evaded health authorities.

The WHO says it will meet Friday to discuss whether to declare the latest Ebola outbreak a global health emergency. As the death toll approach…

The pastor who brought Ebola to Goma used several fake names to conceal his identity on his way to the city, Congolese officials said. WHO on Tuesday said the man had died and health workers were scrambling to trace dozens of his contacts, including those who had traveled on the same bus.

There was no immediate reaction to WHO's emergency declaration from Congo's health ministry, which had lobbied against it.

"Calling for a (global emergency) to raise funds while ignoring the negative consequences for (Congo) is reckless," the ministry tweeted following an editorial by Britain's secretary of state for international development in favor of a declaration. Rory Stewart announced earlier this week that Britain would donate up to another $63 million for the Ebola response and called for other countries, especially Francophone ones, to increase their support.

At a U.N. meeting on Ebola in Geneva on Tuesday, Congo's health minister, Dr. Oly Ilunga, said the outbreak was "not a humanitarian crisis" and that the risk of Ebola spreading to other cities or regions in Congo remained the same.

"Ebola is not rocket science, it's very simple," he said.

WHO has long called the regional Ebola risk "very high."

Earlier this week, Ugandan health officials said a Congolese fish trader had traveled to Uganda while sick and vomited several times at a local market. The woman returned to Congo last week and died after testing positive for Ebola. Ugandan officials estimate almost 600 people could be targeted for vaccination and follow-up.

Those working in the field say the outbreak is clearly taking a turn for the worse despite advances in this outbreak that include the widespread use of an experimental but effective Ebola vaccine.

Dr. Maurice Kakule was one of the first people to survive the current outbreak after he fell ill while treating a woman last July before the outbreak had even been declared.

"What is clear is that Ebola is an emergency because the epidemic persists despite every possible effort to educate people," he told the Geneva meeting. "We have sufficiently informed them about the existence of this disease but there are still people who don't want to believe that it does."

The discovery of a well preserved mosaic floor from ancient Rome comes almost a century after the remains of an ancient villa were found on the site.

Police are investigating after a video appeared to show a New York City Police Department truck plowing through a crowd during Saturday's protests over the death of George Floyd.

Must-watch videos of the week

A boy has a close encounter with nature, a world leader keeps her cool during an earthquake, and astronomers make a dazzling discovery. These are the must-watch videos of the week.

Patrons under plastic: Restaurants get creative in virus era

PARIS (AP) — Dining at a table where each person is enclosed by a clear plastic shield might look and sound futuristic, but it could be one way for some restaurants to reopen. It also might help out if your companion orders escargots, heavy on the garlic.

LONDON (AP) — It’s nothing flashy. But then, it’s not supposed to be.

Coronavirus pandemic: Updates from around the world

That Brazil saw warning signs would be a dramatic understatement.

Researchers believe the creature is likely to be a new species of Grimpoteuthis, or "Dumbo octopus," a genus of deep-sea umbrella octopuses named for their fins, which resemble the ears of Disney's cartoon elephant.

What you need to know about coronavirus on Sunday, May 31

The coronavirus pandemic could have offered a moment of glory for populist leaders. This is a period of heightened fear and anxiety, emotions that typically allow populism to thrive.

The pandemic could reshape the world order. Trump's chaotic strategy is accelerating US losses

Europe outright rejected US President Donald Trump's vision of the world this week. Tensions between these historic democratic allies that have been simmering since Trump came to office three years ago have now come to a boil during the coronavirus pandemic. 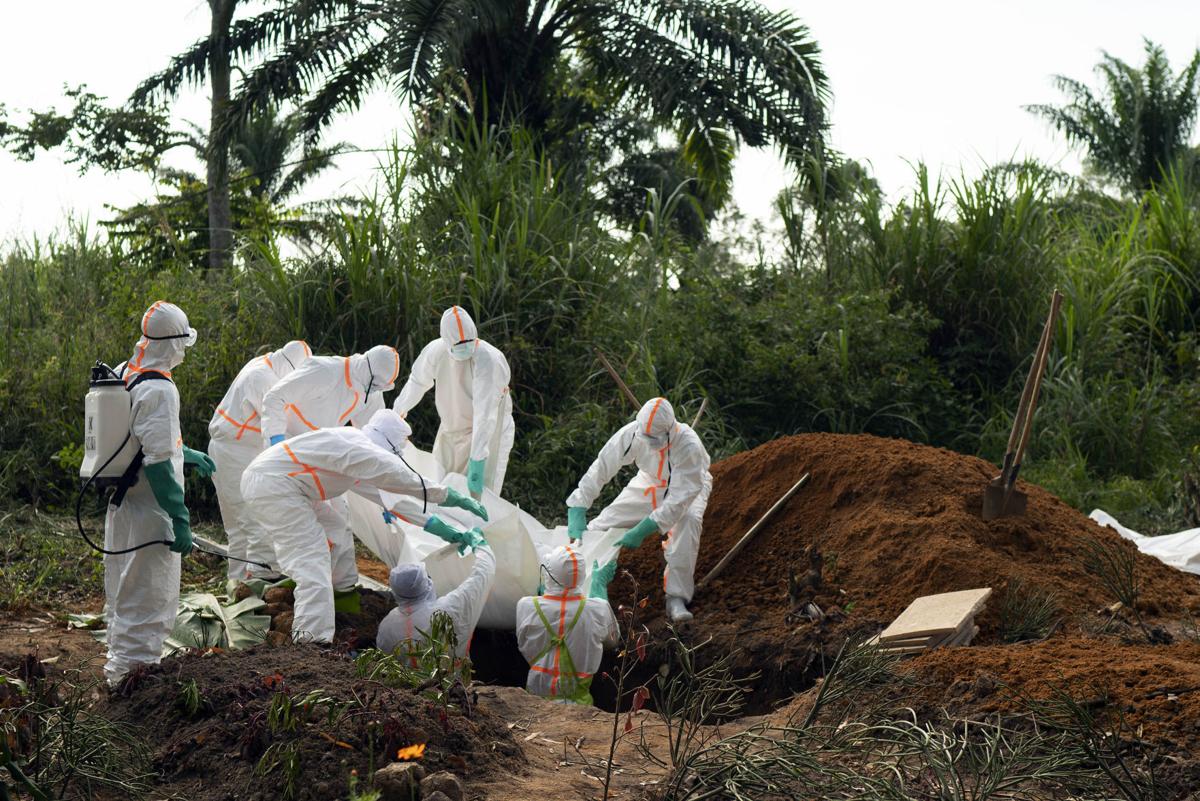 In this photograph taken Sunday July 14, 2019, an Ebola victim is put to rest at the Muslim cemetery in Beni, Congo DRC. (AP Photo/Jerome Delay) 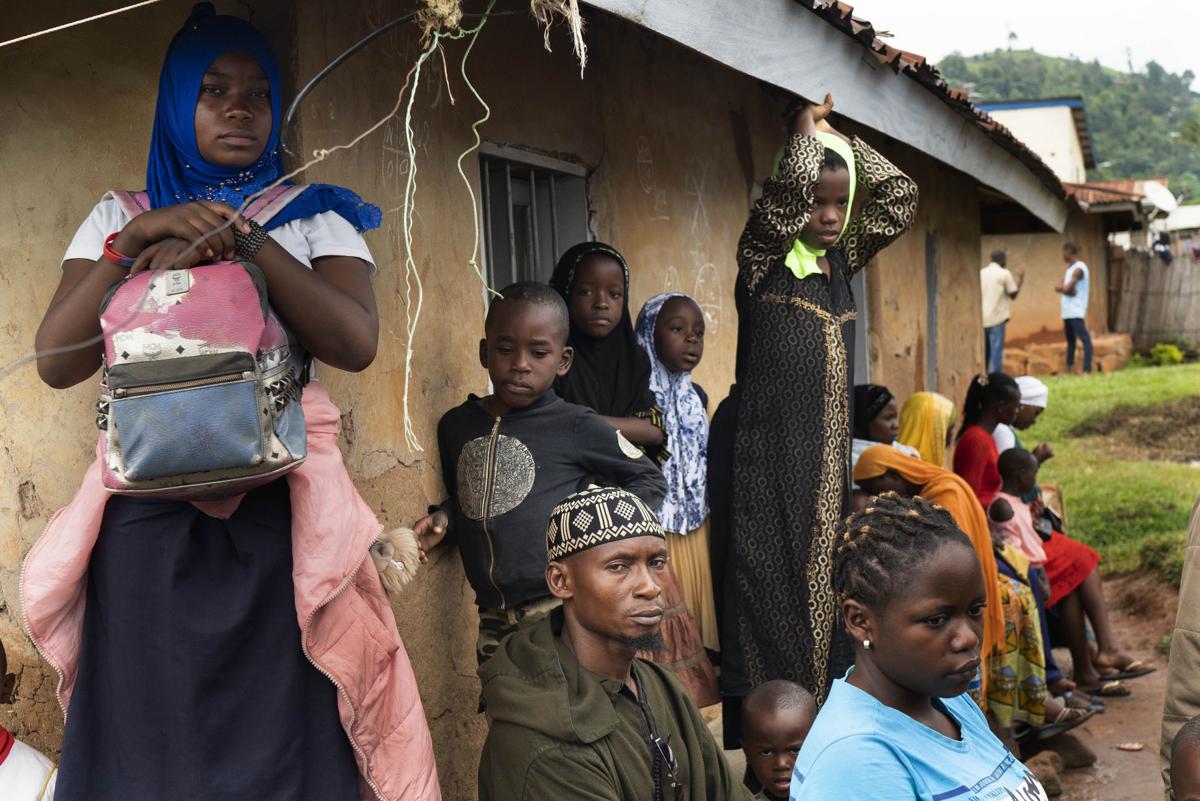 In this photograph taken Saturday July 13, 2019, residents wait in line to receive the Ebola vaccine in Beni, Congo DRC. The head of the World Health Organization is convening a meeting of experts Wednesday July 17, 2019 to decide whether the Ebola outbreak should be declared an international emergency after spreading to eastern Congo's biggest city, Goma, this week. More than 1,600 people in eastern Congo have died as the virus has spread in areas too dangerous for health teams to access. (AP Photo/Jerome Delay) 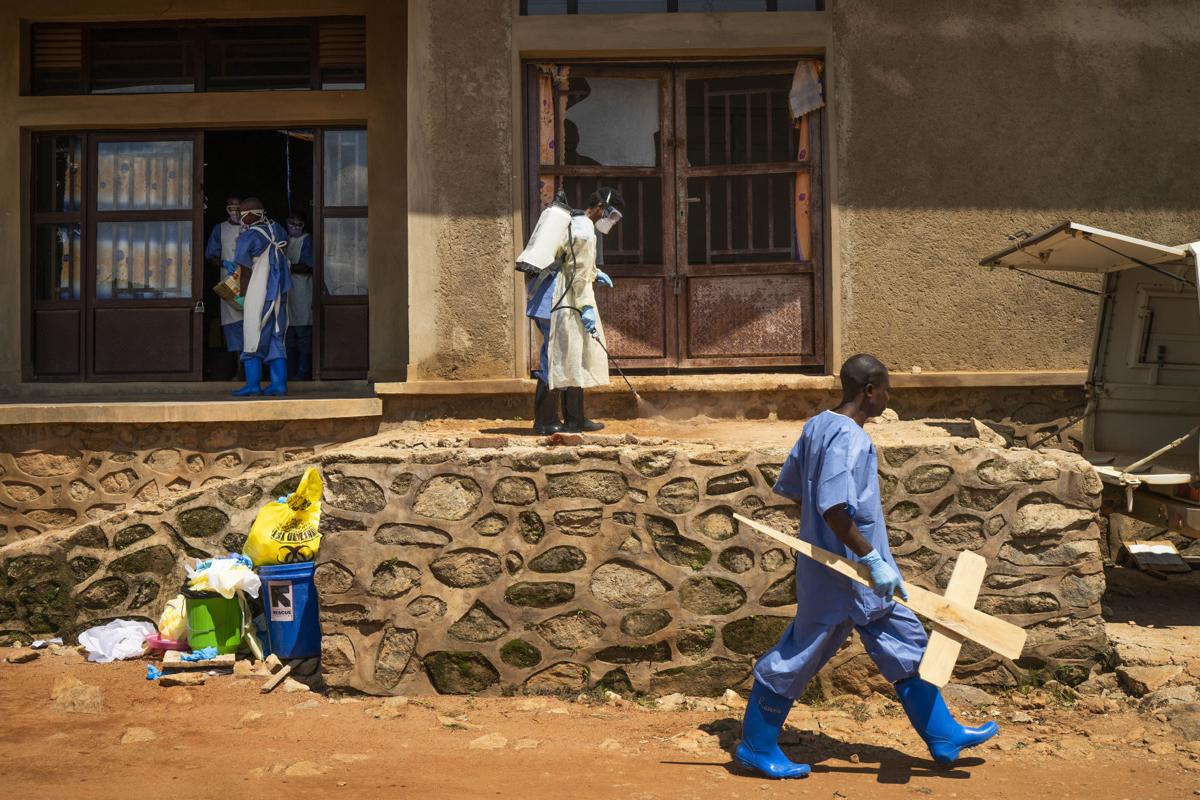 In this photograph taken Sunday July 14, 2019, a morgue employee walks with a cross past others disinfecting the entrance to the morgue in Beni, Congo DRC. The head of the World Health Organization is convening a meeting of experts Wednesday July 17, 2019 to decide whether the Ebola outbreak should be declared an international emergency after spreading to eastern Congo's biggest city, Goma, this week. More than 1,600 people in eastern Congo have died as the virus has spread in areas too dangerous for health teams to access. (AP Photo/Jerome Delay)