Republican U.S. Sen. Ron Johnson, of Wisconsin, said Friday that half the country will not accept the outcome of the presidential election if Democrat Joe Biden wins.

Johnson, a staunch supporter of President Donald Trump, also refused to say if he thought the election was legitimate, while admitting he had no proof of any illegal activity.

Johnson said there has “always been some voter fraud that the mainstream media and unfortunately, many officials just simply ignore." He offered no examples and his spokesman did not immediately respond when asked to provide some.

“I’m not alleging anything because I have no proof,” Johnson said. “All I’m saying is there are enough irregularities” to raise concerns.

Broadly speaking, voter fraud has proved exceedingly rare. The Brennan Center for Justice in 2017 ranked the risk of ballot fraud at 0.00004% to 0.0009%, based on studies of past elections.

Johnson said the large number of mail-in ballots increased the chances of wrongdoing. More than 1.3 million people, Republicans and Democrats alike, voted by mail in Wisconsin and Meagan Wolfe, the state's top elections official, said she was unaware of any irregularities in the election.

Johnson said allowing for ballots that arrive by mail after Election Day, as is happening in Pennsylvania, erodes confidence in the results. He didn't provide any examples to show why there shouldn't be confidence in those ballots.

Johnson said Democrats had “gamed the system” to their advantage. He cited events in Madison, a Democratic stronghold, prior to the election where voters could drop off their absentee ballots with elections officials at city parks. Republicans threatened legal action to stop the events, but they did not file any lawsuits challenging their legality; state and local elections officials said the events were legal.

Wisconsin's election rules are set by the Legislature, which has been under Republican control since 2011. During that time it has passed a number of election-related laws, including a voter ID requirement, limits on early voting and a prohibition on counting absentee ballots before Election Day.

Johnson, who said he has voted by mail in Wisconsin, said absentee voting in the state is “highly controlled,” but he raised concerns about election observers in Philadelphia not being allowed close enough to see what was happening.

“That is necessarily going to call into being a doubt as to whether or not the results can be legitimate,” Johnson said. “That’s the problem. It’s Democrats. It’s Democrats that are doing that, not Republicans. We’re all for counting every legitimate vote."

The Trump campaign complained that its observers in Philadelphia could not get close enough to see whether mail-in ballot envelopes had signatures along with eligible voters’ names and addresses. Pennsylvania Secretary of State Kathy Boockvar defended the process as open. On Thursday, a state judge ordered Philadelphia officials to allow party and candidate observers to move closer to election workers processing mail-in ballots.

Johnson said Biden had a “leg up” in the election and if he wins, Trump supporters would not riot. That would only happen, Johnson said, if Biden lost “and then BLM and Antifa, the anarchists would take to the streets. This isn’t our side that’s going to riot in the streets. That would be the other side if they don’t get the result they want.”

Groups of Trump supporters gathered at vote tabulation sites in cities across battleground states where vote counting continued on Friday, including Detroit, Philadelphia, Phoenix, Atlanta and Las Vegas. Events billed as “Stop the Steal Rallies” were planned at the Wisconsin state Capitol in Madison by conservative supporters of Trump on Friday and Saturday afternoons.

Facebook banned a large group called “Stop the Steal” that Trump supporters were using to organize protests against the vote count. Some members had called for violence, while many falsely claimed Democrats are stealing the election. The group had amassed more than 350,000 members before Facebook took it down.

Also on Friday, Wisconsin Assembly Speaker Robin Vos said he was ordering an investigation into how the election was administered. Biden won by just shy of 21,000 votes, and Trump has threatened to request a recount.

The Wisconsin Assembly committee overseeing elections will lead the investigation and has the power to subpoena witnesses. Vos said the probe would look into “whether the vote was fair and legitimate.” His office did not immediately respond to messages seeking more details about the probe, including when Vos hoped to have it completed.

All eyes were on Wisconsin on Wednesday as the battleground state was called for Democratic presidential candidate Joe Biden — by a razor-thin margin. Here's how voters reacted.

State law allows a losing candidate to request a recount if the difference in votes is within 1%, and Donald Trump's presidential campaign has vowed to do so.

Despite efforts to secure veto-proof majorities in both state chambers, the GOP ultimately fell one seat short in the Senate — picking up two districts in that chamber — and lost two seats in the Assembly to suburban Democrats

Hands on Wisconsin: The pollsters blew it again

The election hasn't been decided yet, but one thing we do know is that polls showing Joe Biden with commanding leads over Donald Trump in seve… 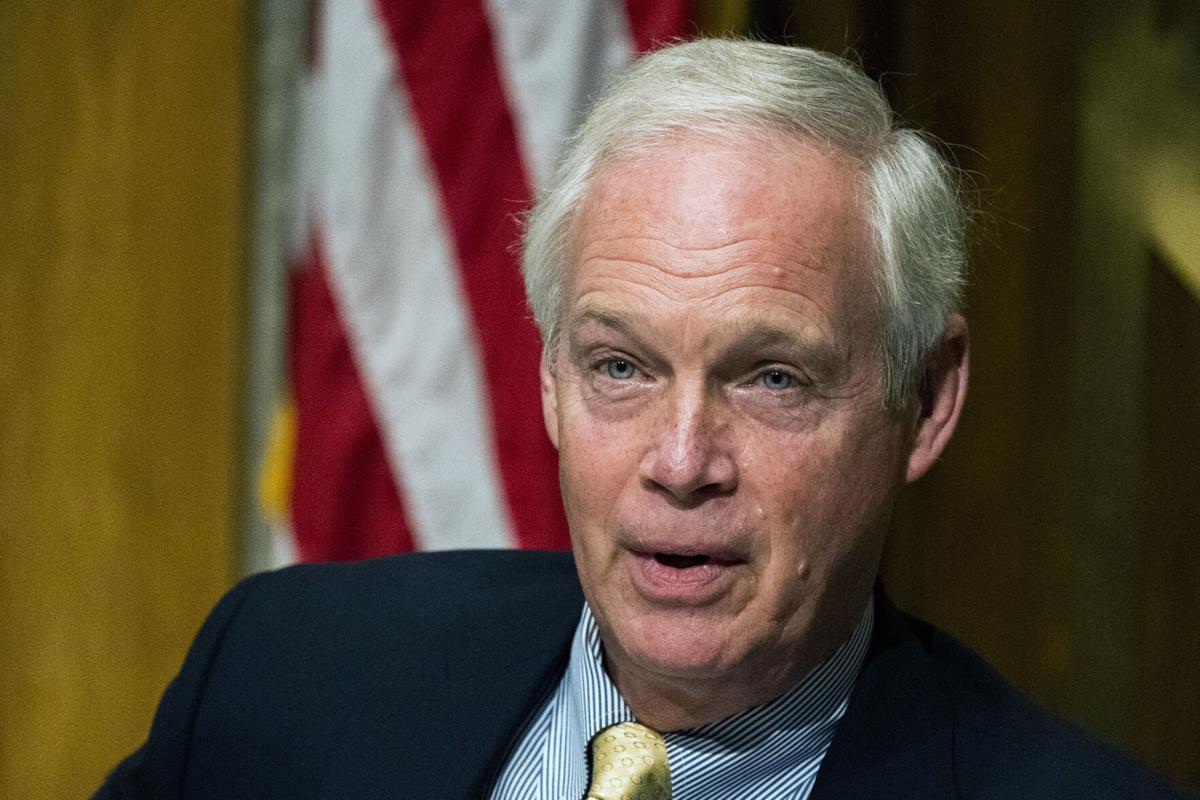 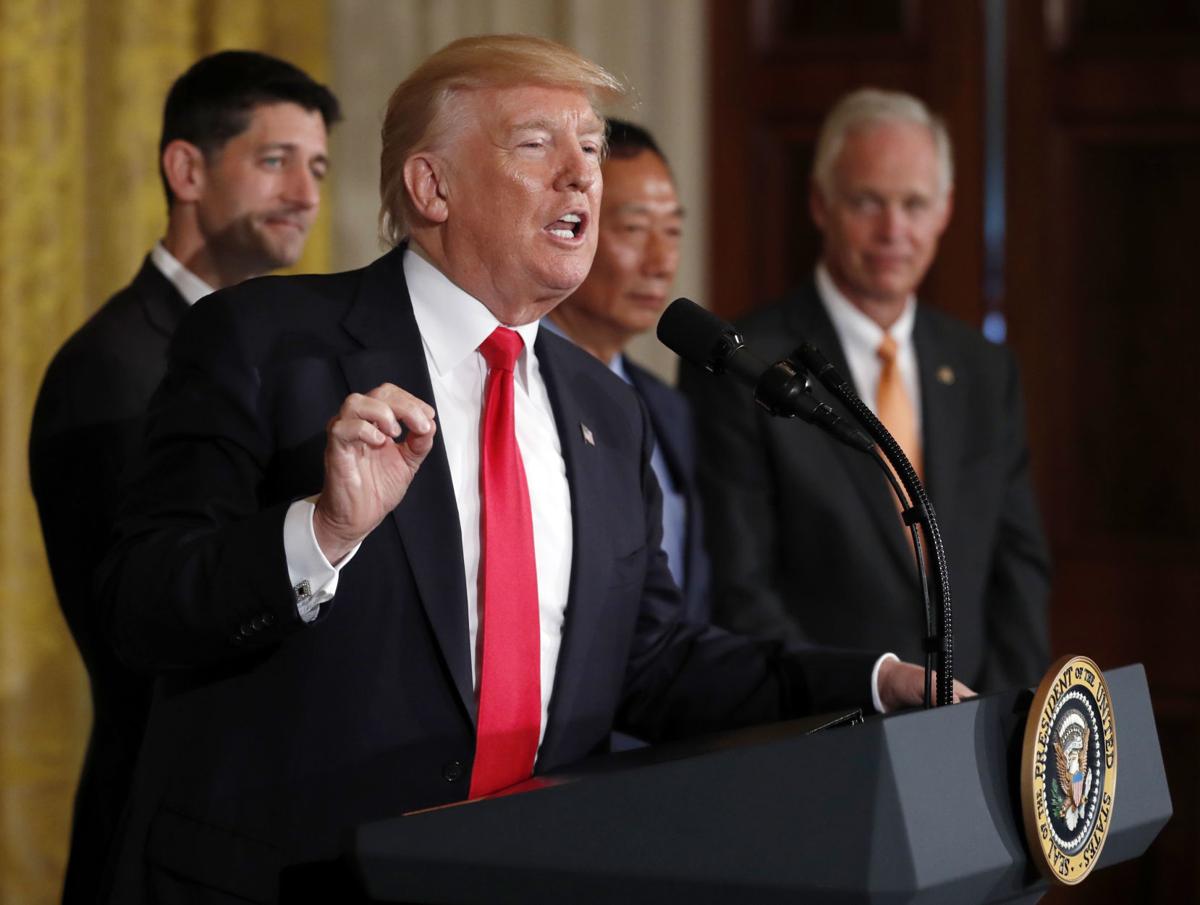 President Donald Trump, center, is shown here with Sen. Ron Johnson, right, in a July 2017 announcement at the White House. 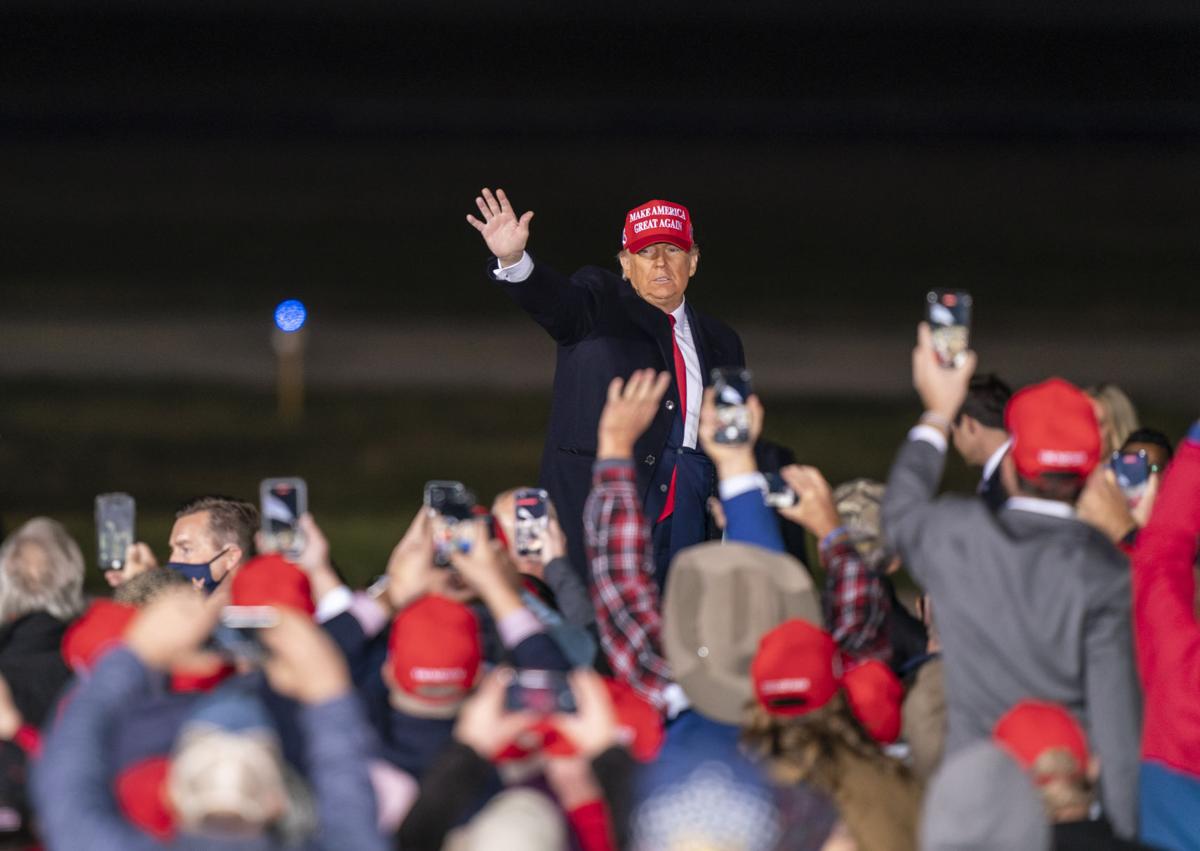 During a campaign rally that drew thousands in Janesville Oct. 17, Trump proclaimed: “We win Wisconsin, we win the whole ballgame.”