RACINE COUNTY — Sheriff Christopher Schmaling is recommending five members of the Wisconsin Elections Commission, three appointed by Democrats and two by Republicans, be criminally charged for having waived the law requiring the use of Special Voting Deputies during elections in 2020, he announced in a Wednesday afternoon news release.

Schmaling, a Republican, criticized Attorney General Josh Kaul, a Democrat, in the news release for not having launched a statewide investigation following the Racine County Sheriff's Office Oct. 28 disclosure of allegations of election fraud having occurred at Mount Pleasant's Ridgewood Care Center after SVDs were not sent in.

Ridgewood staff collected the residents' votes, which typically isn't allowed, but the WEC voted to make a statewide exception due to the COVID-19 pandemic.

"Based upon the failure of Attorney General Josh Kaul to initiate a statewide investigation, I have forwarded charging recommendations to the Racine County District Attorney’s Office for their review," states a release signed by Schmaling and Sgt. Michael Luell, who led the investigation into Ridgewood and also is the RCSO's public information officer. "The recommended charges are for Commissioners Margaret Bostelmann, Julie Glancey, Ann Jacobs, Dean Knudson and Mark Thomsen."

Charges were not recommended against Commissioner Bob Spindell, a Republican appointee who voted against waiving the SVD law.

During the Oct. 28 news conference, Schmaling said repeatedly that he was not yet recommending charges, but that he might do so later. Schmaling also repeatedly said he was not trying to overturn the results of the 2020 election and that his staff has no idea how the eight Ridgewood voters at the center of the investigation — whom the investigators allege did not have the mental capacity to vote — voted.

The Journal Times has reached out to the District Attorney's Office, WEC and state Department of Justice for comment.

As such, the WEC argued that the law was still followed since it was deemed not possible to both have SVDs go into nursing homes while also following health and safety protocols in place during the COVID-19 pandemic.

WEC Administrator Meagan Wolfe was not mentioned in Wednesday's release.

The charges laid out by the Sheriff's Office would be: 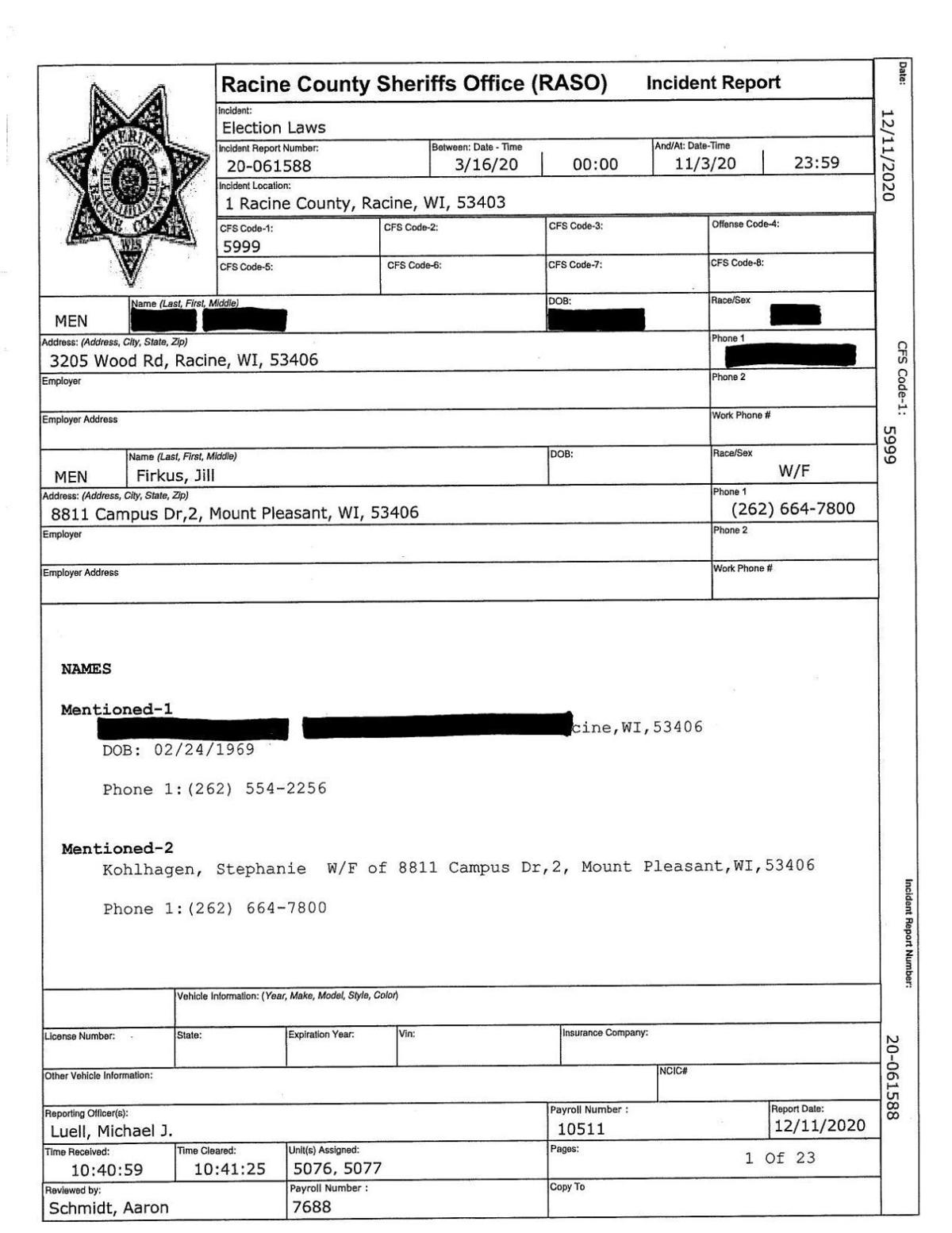 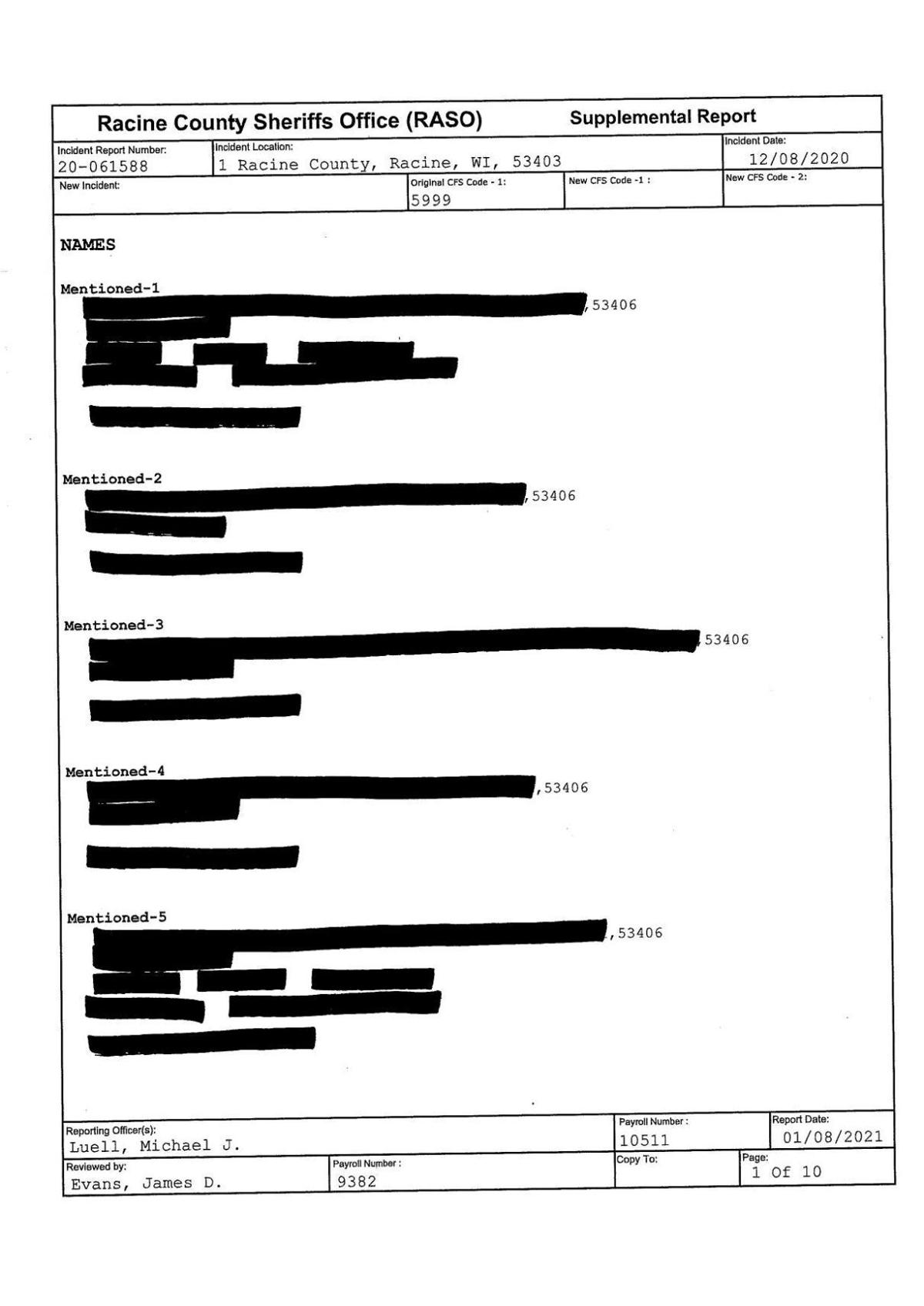 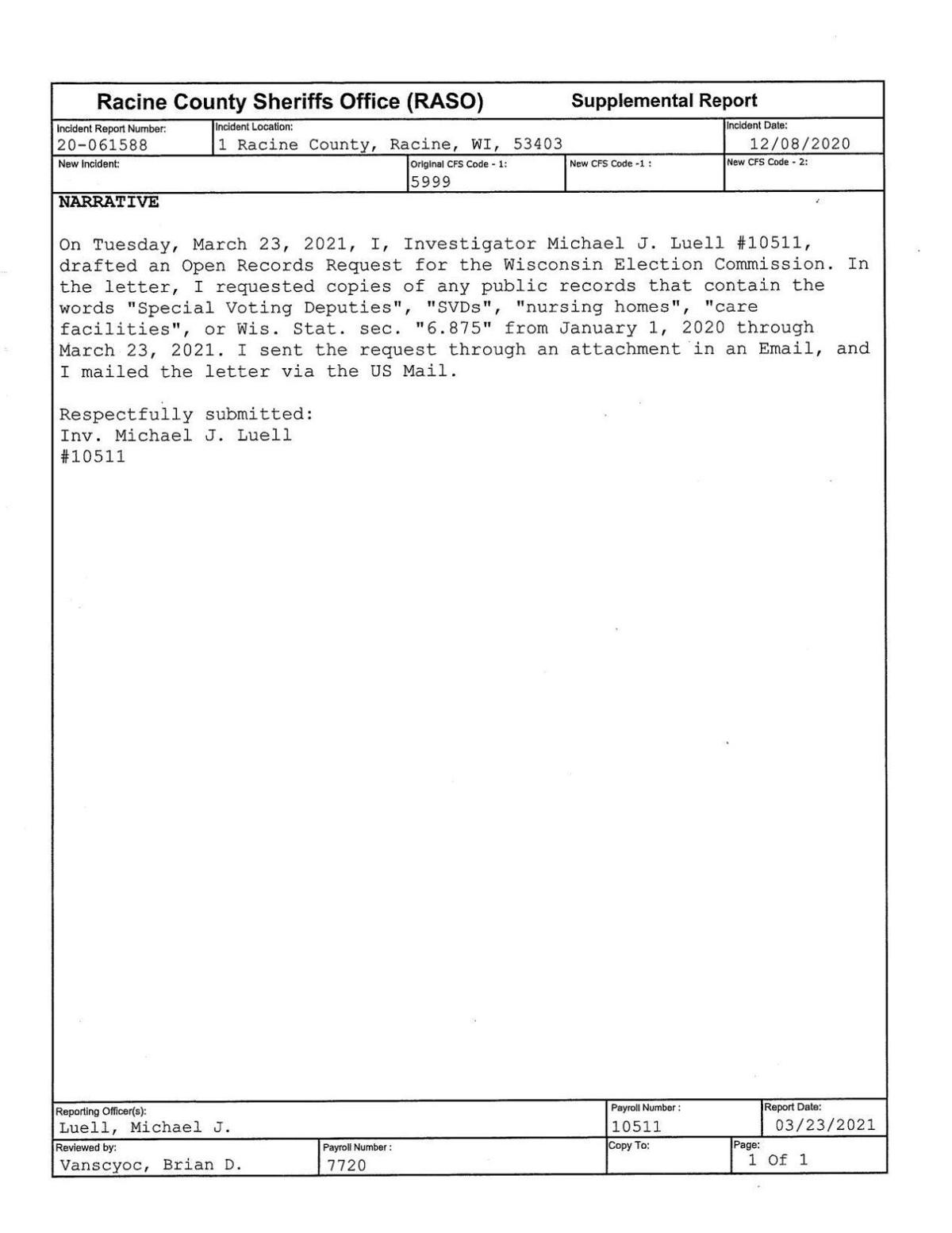 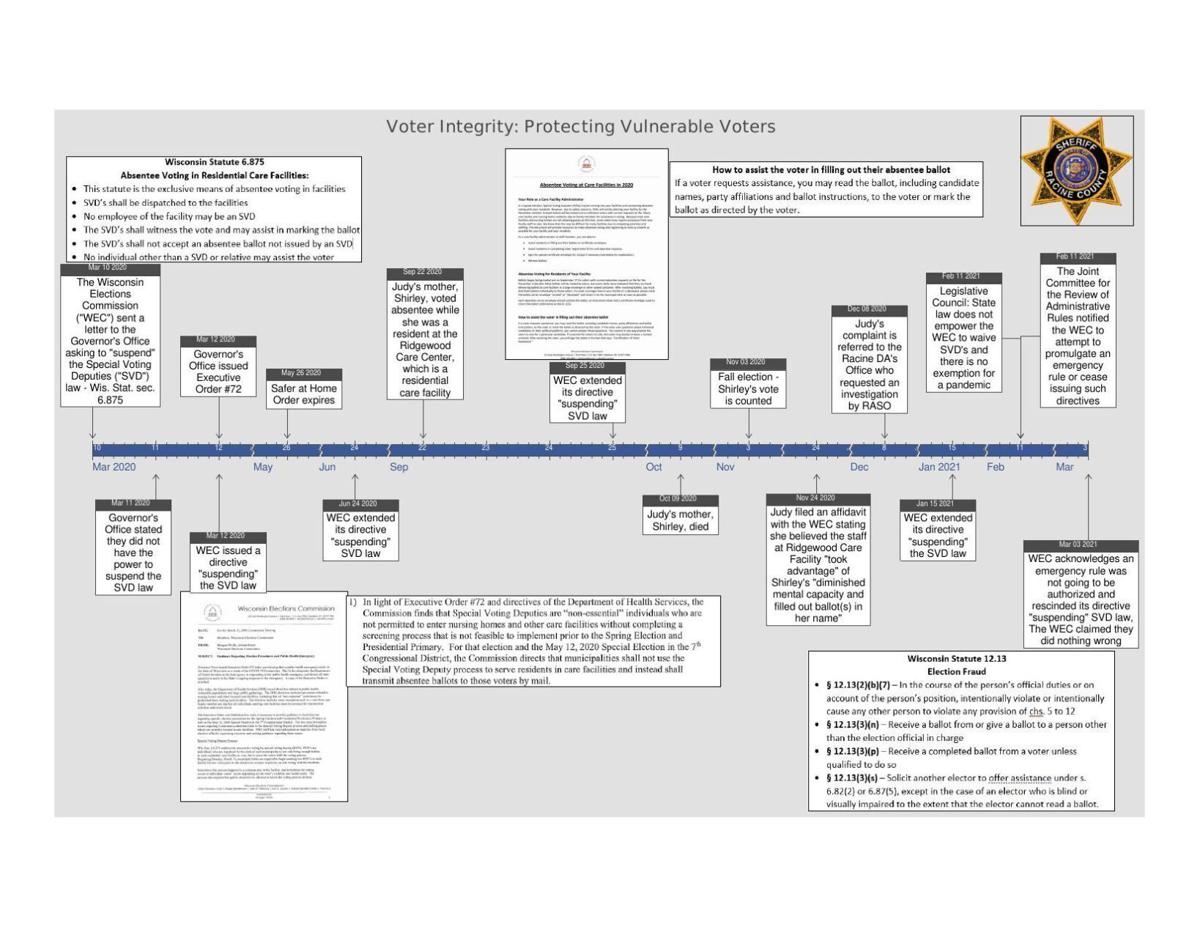 Republican Party leadership in Wisconsin is not backing Racine County Sheriff Christopher Schmaling's recommendation that five of the state's elections commissioners be charged with election fraud. 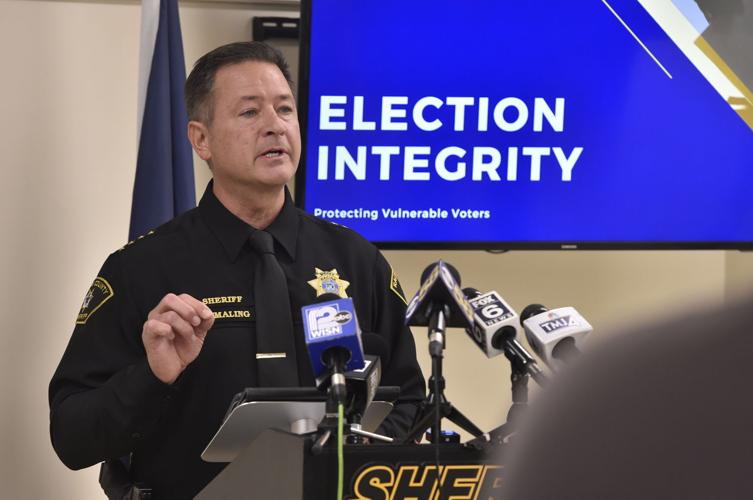 Racine County Sheriff Christopher Schmaling speaks before one of his sergeants details the department's investigation into allegations of election fraud at Ridgewood Care Center Thursday at the Racine County Sheriff's Office's substation in Yorkville. 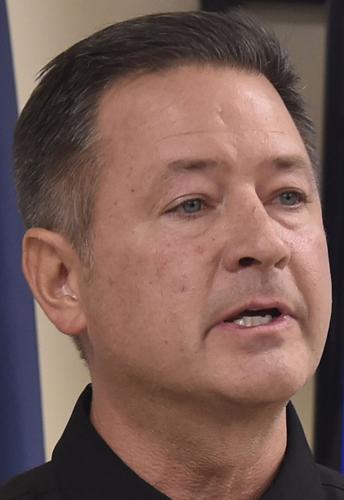