BURLINGTON, Wisc. — A flag flying high over a Burlington neighborhood is testing the limits of free speech with a message of contempt for President Joe Biden, using the harshest of language.

A resident in the 200 block of Schemmer Street has shaken up his neighbors by displaying a flag on his front lawn that declares, “F—- Biden and F—- you for voting for him!”

The vulgar language, with no letters omitted, is displayed in bright colors on a flagpole about 15 feet tall in a neighborhood with families and children. The homes are valued at $150,000 to $200,000. One of Burlington’s biggest churches, St. Mary’s Church, is just a couple of blocks away.

Even some neighbors who dislike President Biden and who supported incumbent President Donald Trump in last year’s election say that use of the F-word so publicly is tawdry and inappropriate. But whether anyone can stop the political exhibition is a tough question that pits standards of public decency against the constitutional right to freedom of speech.

Neighbor Judy Willms said she was shocked when she saw the high-flying display of four-letter words directed at President Biden just down the block from her home.

“I never thought we’d see that. But, then, the world is changing,” Willms said. “I don’t know what to expect anymore.”

The owner of the flag could not be reached for comment at the house on Schemmer Street despite multiple attempts.

The owner of the house, Thomas Culbert of Union Grove, said he was unaware of the flag. But after hearing about it, he contacted his tenants on Schemmer Street and told them to remove the flag, because he considered the language inappropriate.

“We can’t have swearing on a flag in public,” he said.

Culbert declined to identify his tenants.

Some neighbors defend the Biden critic’s right to express a political viewpoint, even using language that many people consider profane.

Shanta Pasika, who lives just a few doors away, said that while she disagrees with the message, she supports the flag waver. She said she has heard criticism herself for having a yard sign outside her house that proclaims, “Black Lives Matter.”

Of the “F—- Biden” flag, she said: “Not my personal choice for decoration, but who am I to judge? If you feel that way, show it. Be authentic.”

One neighbor who asked not to be identified contacted the City of Burlington, asking city officials whether the flag is prohibited under a local ordinance that restricts public nuisances. The ordinance defines a public nuisance as any action or property use that continues long enough to “substantially annoy” others, or to “greatly offend the public morals or decency.”

Members of the Burlington City Council were scheduled to consider the issue at their Sept. 7 meeting. But the matter was pulled from the agenda at the last moment, and the discussion was cancelled.

City Attorney John Bjelajac said he determined that enforcing the nuisance ordinance in this instance would run the risk of violating the flag owner’s First Amendment right to freedom of speech.

“It is constitutionally protected free speech,” Bjelajac said in an email. “That constitutional protection ‘trumps’ our ordinance.”

A constitutional law expert agreed that the issue is a tricky one for any government official.

Edward Fallone, an associate law professor at Marquette University, said the city could control flagpole messages based on such factors as a flag’s height, size or even proximity to schools. But trying to enforce standards on the content, Fallone said, would be asking for a First Amendment lawsuit — which the city probably would lose.

The situation on Schemmer Street would best be handled by neighbors talking among themselves and agreeing on whether they want the F-word displayed on their street, Fallone said. He understands why that sort of exchange is not likely, given America’s current political culture of hostility and confrontation.

“Unfortunately, that sort of civility is a thing of the past,” he said.

‘I think we’re stuck with it’

Some neighbors of the Schemmer Street house say they are old enough to remember a time when many people would not even utter the F-word in polite company — let alone run it up a flagpole and direct it at the president.

Neighbor Bob Friend said he, too, voted for Trump last year. But nasty politics has created an environment, he said, where people feel emboldened to engage in rude behavior.

He referred to the Jan. 6 insurrection at the U.S. Capitol, where some Trump supporters engaged in violence in an attempt to overturn Biden’s election.

“Everybody’s getting a lot bolder,” he said. “I think we’re stuck with it.”

Another neighbor, Sandy Kohler, who also voted for Trump, shook her head in disbelief while looking down the block at the “F—- Biden” flag.

Displaying that sort of message is “asking for trouble,” Kohler said. She admitted to having mixed feelings about whether city government should permit such an exhibition to continue.

“Our country’s taken a very bad turn, and I don’t know what to do to get it back,” she said. “It’s just a changed world. I fear for my grandkids.”

Top pics from the weekend: Women's March and more

Housing by the numbers: 11 charts that show where home sales are headed in Madison

Find out which ZIP codes are the hotspots for buyers and sellers, plus how home prices have changed recently, and more with these charts and maps.

Bud Pater is a man who, by his own admission, "wanted to do everything" in life. As a boy, he supported his family during the Great Depression. He worked on the planes that defeated Hitler and the Nazis in Europe. He sold Harleys. And so much more. But don't ask him the secret to longevity. To that question he replies "I don't know."

A leaked list of "Dangerous Individuals and Organizations" banned by Facebook includes three that mention Kenosha by name and five that include Wisconsin in their names.

A Kenosha woman, recognized for turning her life around after missteps as a teen, is among the most recent recipients of a gubernatorial pardon.

Find out how many people have been vaccinated, plus how case counts have changed over time, and more with these charts and maps.

The Ho-Chunk Nation, which has six casinos in Wisconsin, is one of four contenders for a new casino that has been approved for the south Chicago suburbs.

Vaccine update: 10 charts that show how Wisconsin is handling the spread of COVID-19

How many people have been vaccinated? What is the hospital capacity across the state? How have case counts changed recently? Find out with these charts and maps, updated weekly.

Economy update: 5 charts that show which direction the economy is headed in Madison and Wisconsin

Find out what the unemployment rate is across the state, plus how much gas costs and more economic indicators with these charts and maps, updated weekly. 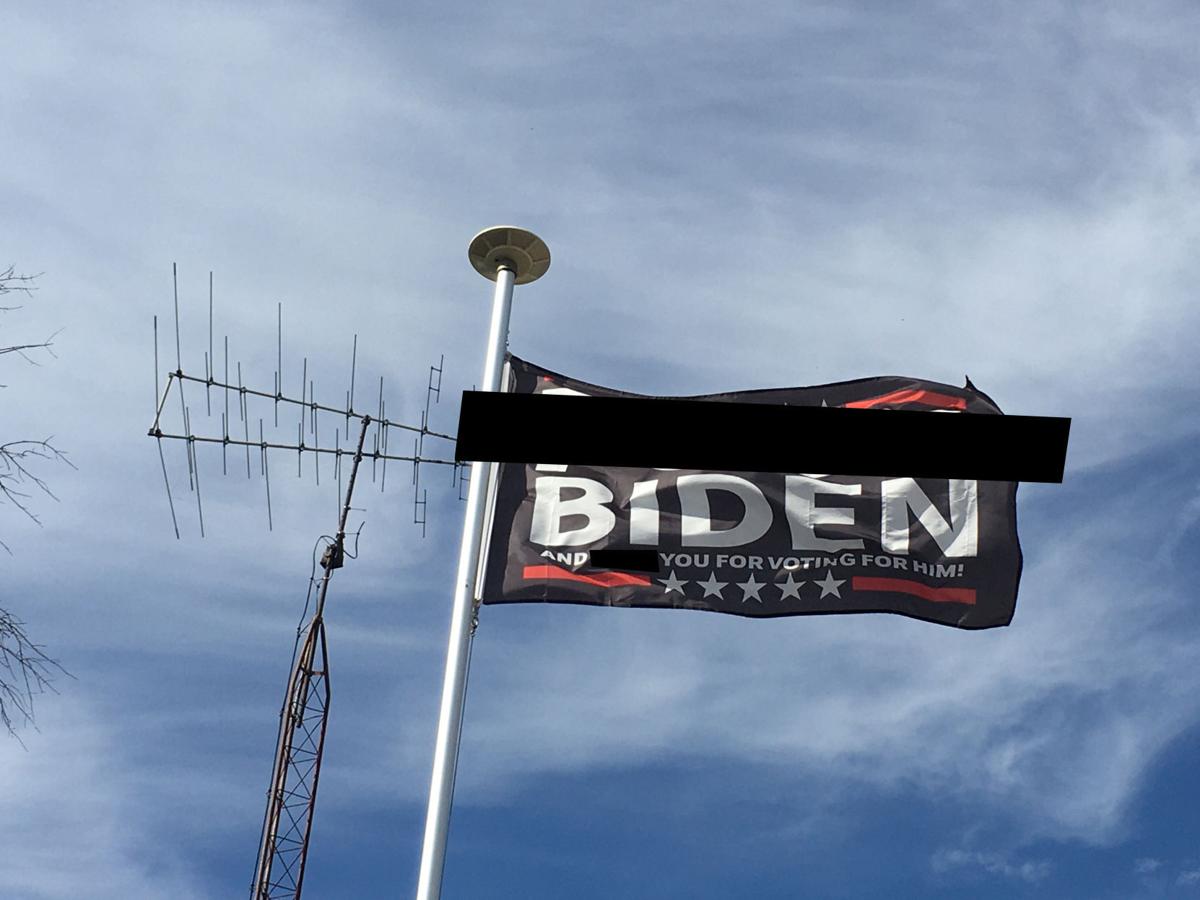 A flag, with two "F-words" blacked out by The Journal Times for publication, is shown flying above a Burlington home. 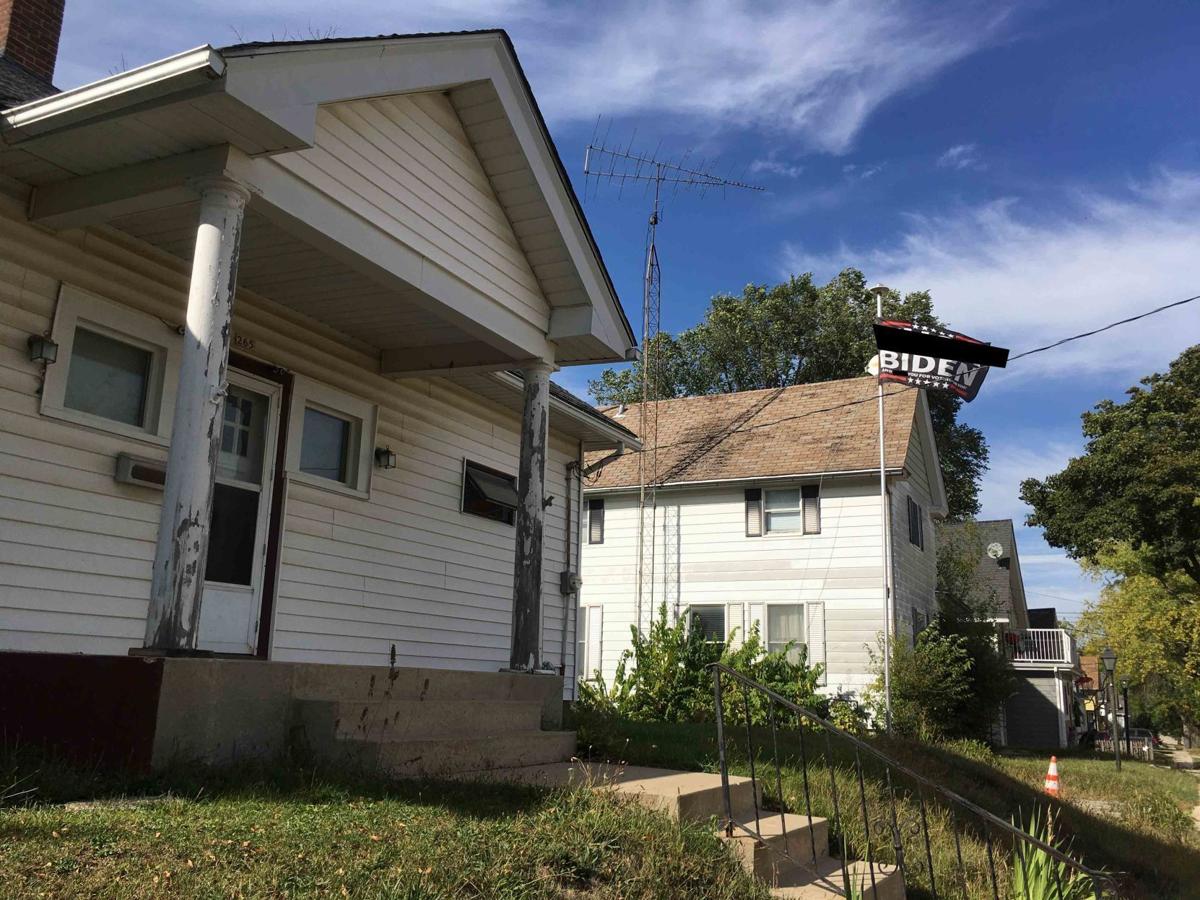 A flag, with two "F-words" blacked out by The Journal Times for publication, is shown flying above a home on Schemmer Street in Burlington.