RACINE — Foxconn is looking to lease the two properties it owns in Racine’s downtown. One of the other Wisconsin buildings Foxconn had said it would be turning into an "innovation center" is also up for lease.

$1 for 6 months of unlimited local journalism

Get the information you need to help keep you and your loved ones safe, healthy and updated on important issues and events.

The Taiwanese tech giant’s announced plans to set up at least three innovation centers around the state have not progressed since they were announced with much fanfare three years ago. The centers were supposed to be “state-of-the-art co-working space(s)” and also to serve as a “model for ‘smart city’ pilot programs,” Foxconn Director of U.S. Strategic Initiatives Alan Yeung said in Racine in 2018.

The company did not reply to a request for comment when asked if the plans to set up innovation centers were being abandoned entirely.

The listing of these properties for lease is another indicator of how drastically Foxconn's Wisconsin plans have shifted since 2017. Originally, the company's footprint was predicted by state leaders to be transformative for Wisconsin and Racine County. Now — despite how significantly the Village of Mount Pleasant’s landscape, plans and reputation have been altered in the past four years — Foxconn’s imprint now has a more typical outlook: It's a foreign manufacturer, with a more modest $80 million incentive package from the State of Wisconsin, trying to find its way in the U.S. as the pandemic wanes.

Regarding the properties being listed for lease, Foxconn Technology Group issued the following statement to The Journal Times: “As a result of the amended 2017 WEDC Agreement, Foxconn has the flexibility to pursue business opportunities in response to market demands. Our current focus is to drive business in our Science and Technology Park in Mount Pleasant, WI, with existing and future customers. At this time, Foxconn has decided to lease available space at properties in downtown Racine. Our hope is that this decision will add to the vibrancy of the downtown community.”

The Lake Street building, originally the home of Racine’s Elks Club constructed around 1912, was purchased by Foxconn from SC Johnson in January 2019 for $1.2 million.

The purchase of 1 Main St., announced prior to the Lake Street purchase, didn’t close until February 2019 for $6.25 million. The company originally said it planned to occupy just the second floor of the building.

A 15,000-square-foot riverfront property in Eau Claire that Foxconn bought in 2018 for $2.7 million is also up for lease, according to the Eau Claire Leader-Telegram.

Foxconn owns "The Watermark Building" in Green Bay, and it too was supposed to be an innovation center. By fall 2019, a contractor had been lined up and Foxconn seemed to have developed a plan for turning part of the Watermark’s second floor into a work space, but the plan was never executed, the Green Bay Press-Gazette reported.

What's up in Mount Pleasant?

Foxconn says it remains in active negotiations with the Wisconsin Economic Development Corporation regarding the prospect of producing electric vehicles for California-based Fisker and/or other automakers.

It’s unclear what Foxconn is hoping to get out of the ongoing WEDC negotiations. The contract Foxconn currently has with the state has few strings attached regarding what Foxconn can or can't do with its property in Racine County.

WEDC has not confirmed the negotiations, citing policy to never confirm whether discussions are (or aren't) ongoing "until a contract is executed."

As Foxconn’s publicly known plans in Wisconsin have changed since 2017, so have Foxconn’s plans with its auxiliary properties.

Back when the plans were much more grandiose, 125 employees were to be stationed in the second floor of the Main Street building — which was to be known as “Foxconn Place Racine and Wisconn Valley Innovation Center.” At the Eau Claire “innovation center,” 150 were reportedly going to end up being employed.

But since being announced in summer 2018, the innovation centers have been quietly ignored.

Wisconsin Public Radio reported in January 2020 that Foxconn had still been planning to work on Green Bay and Racine innovation centers sometime in 2020, but nothing was done over the course of the pandemic-dominated year. At the time, the company, which is valued at more than $50 billion, had been referring to its properties around the state as “Foxconn Places.” But its plans for “innovation centers” were nebulous, with little-to-no firm plans besides the company saying more than 100 people would be employed at each of them.

In July, Foxconn reported that it had hired enough employees (970) and spent $542 million related to its Wisconsin projects to receive $29 million in state tax dollars, although the state still needs to confirm that.

Fans celebrate Bucks championship with explosion of excitement in Racine

Biden says he caught a cold from his young grandson

Biden says he caught a cold from his young grandson

“We took two hits to the face with the Jacob Blake shooting and the Rittenhouse verdict, and many people were silent," the Rev. Jesse Jackson said, speaking to Kenosha leaders.

"He would be wise to remember that being found not guilty by a jury is not the same thing as being innocent," prosecutor Thomas Binger said.

‘Playboy’ names Cardi B its first-ever Creative Director in Residence 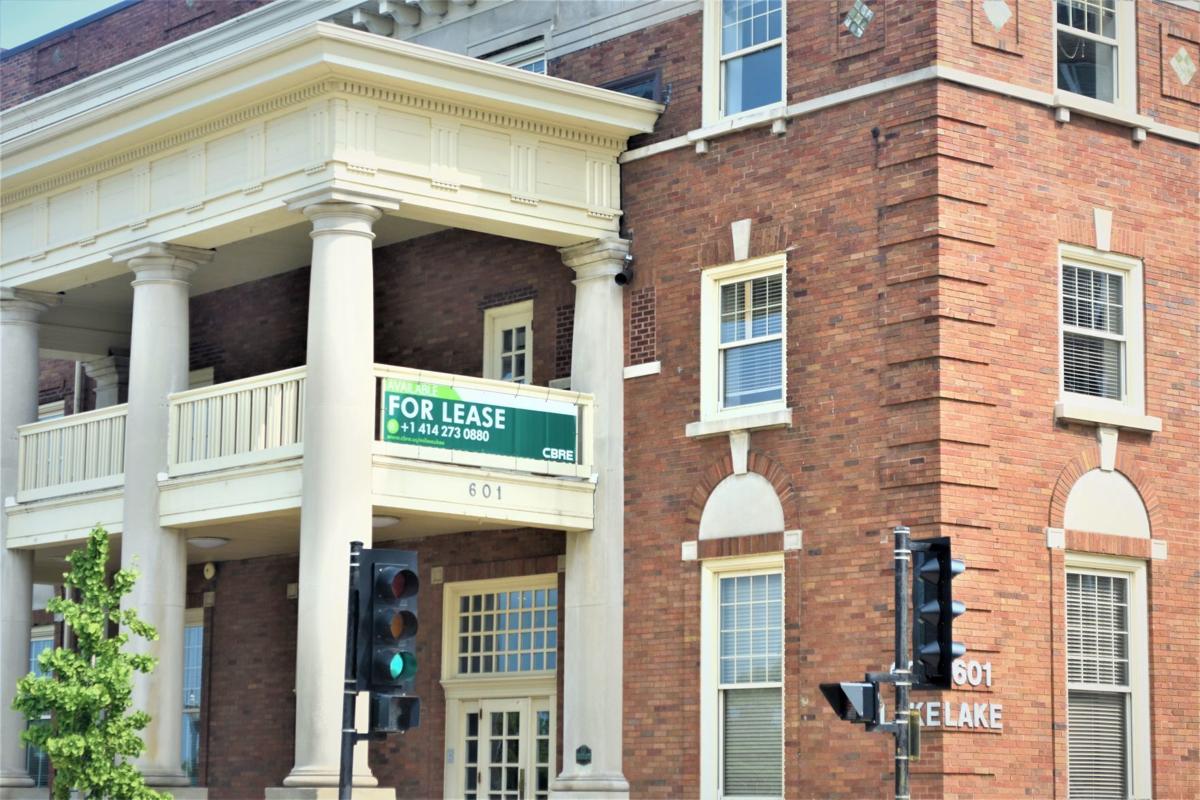 A "For Lease" sign can be seen on 601 Lake Ave. The more than century-old building was purchased by Foxconn Technology Group in January 2019 and was originally announced to be part of the company's so-called "smart cities" initiative. Foxconn is now looking to lease the property. 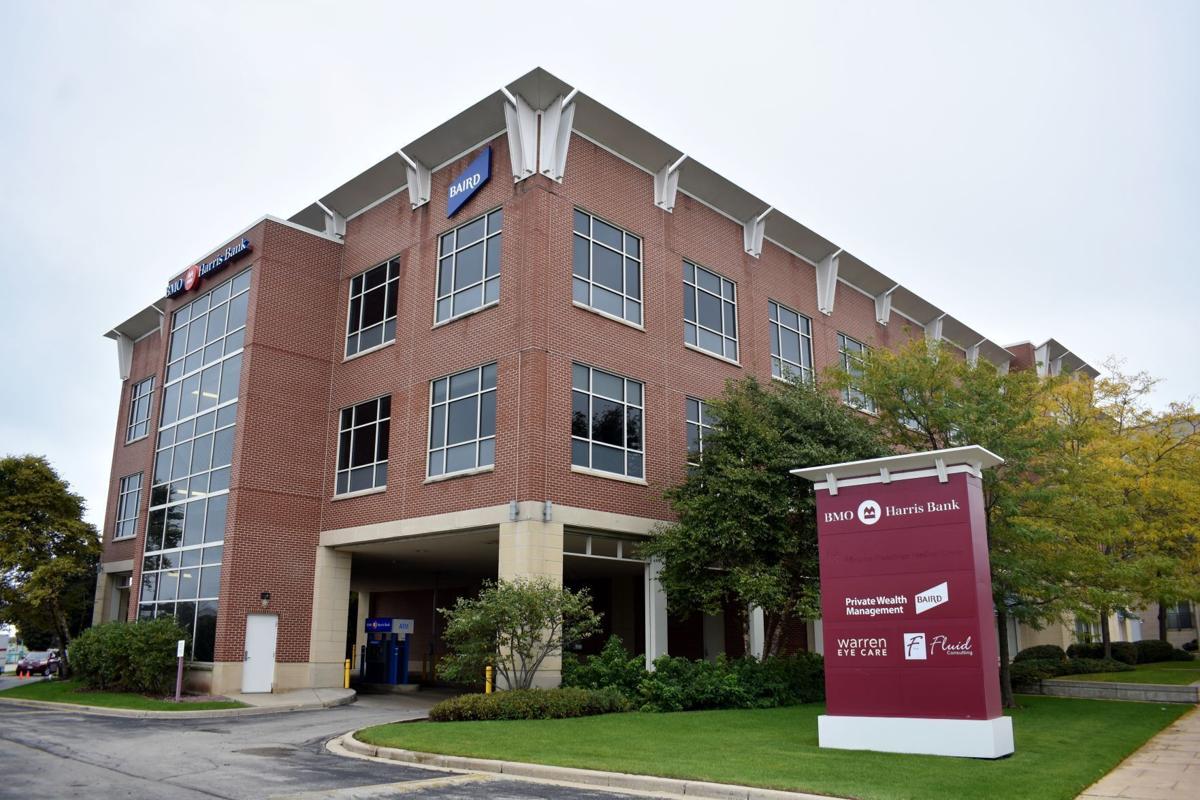 Pictured here is the Foxconn-owned building at 1 Main St. in Racine's downtown. It, along with an Eau Claire riverfront building, had been planned to become a Foxconn "innovation center" but both buildings are now up for lease. Another Foxconn-owned Racine building, at 601 Lake St., is also up for lease.