In the days following Vice President Kamala Harris’ visit to Brown Sugar Bakery in Chicago, Harris has been criticized for her stop while in the city — and the South Side bakery has been caught in the crossfire.

“She came for a worthy and important issue for America,” said Hart of the vice president. “She happened to get hungry and wanted a piece of cake.”

White House Press Secretary Jen Psaki said Harris came to Chicago to promote COVID-19 vaccinations, and the bakery was not the focus of the visit.

“And so, while she was there, like many Americans, she got a snack,” Psaki added. “I think she’s allowed to do that.”

As Fox News, the Daily Mail and other outlets covered the story, Brown Sugar Bakery started to receive blowback for the visit, its owner said. Hart, who founded the acclaimed bakery in 2004, woke up Thursday to about a dozen social media posts tagging her in connection to the “bakery vs. border” coverage.

The bakery also received a handful of prank phone calls, some with sexist expletives and insults directed at Hart and her staff.

“It’s just outrageous and extremely petty,” Hart said Thursday. “The fact that people are picking up on that, instead of the fact that she came to Chicago to make sure that we can get vaccinated and that there’s vaccination equity in our city.”

As it happened, Hart wasn’t present during the vice president’s visit Tuesday.

“I got a text that said, ‘OMG Secret Service is here to sweep the bakery. Vice president wants a piece of cake,’” Hart recounted. “And I’m like, ‘OK, it’s not April Fools.’”

Hart had been working at the Cupid Candies factory in Gresham, which she bought last year to continue its long history of candy making, while also expanding to offer mail-order cakes.

When she got word, Hart jumped in her car to try to make it to the bakery.

But in some sense, the baker and candy-maker said she’s glad she wasn’t there, and that it wasn’t just Harris who got to make an impression on her staff. Illinois Lt. Gov. Juliana Stratton and Cook County State’s Attorney Kim Foxx also joined in the visit.

“My staff hasn’t stopped talking about how amazed they are at how real the people were,” Hart said. “That really was the empowering part for them. It’s when you can see yourself in someone else.”

Hart said she was glad to see Harris promoting COVID-19 vaccinations in Chicago.

“I’m so proud of the fact that I am vaccinated, and that it wasn’t a problem for me to get vaccinated,” Hart added. “Vaccination is what’s going to help my employees and my business.”

Although the bakery is best known for its Southern-style caramel cake, one of the other famous confections is the Obama cake. Could another politician-inspired cake be far behind?

“I am working on a Kamala cake in my head right now,” Hart said. “It’s got to be something German chocolate, but I need to make it with a twist, to make it strictly her.

“I’ve already gotten a call from a woman in Texas who said, ‘I want the vice president’s cake.’” 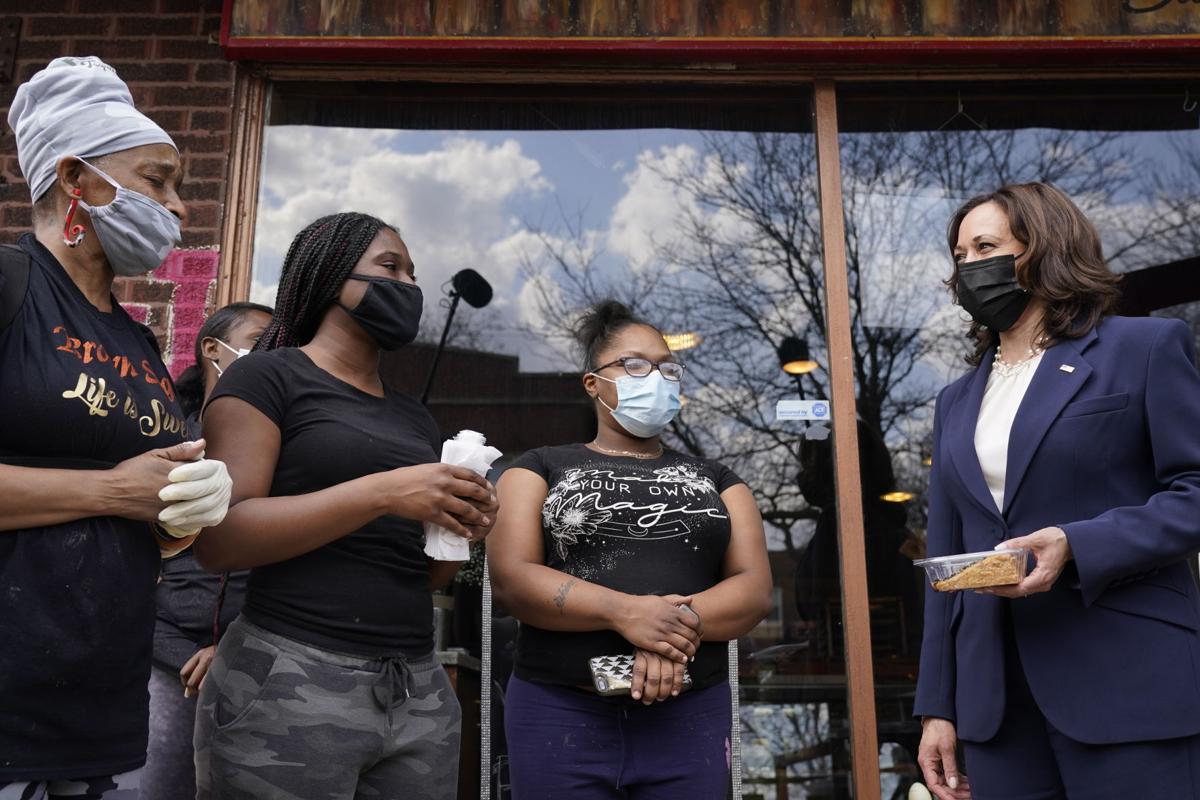 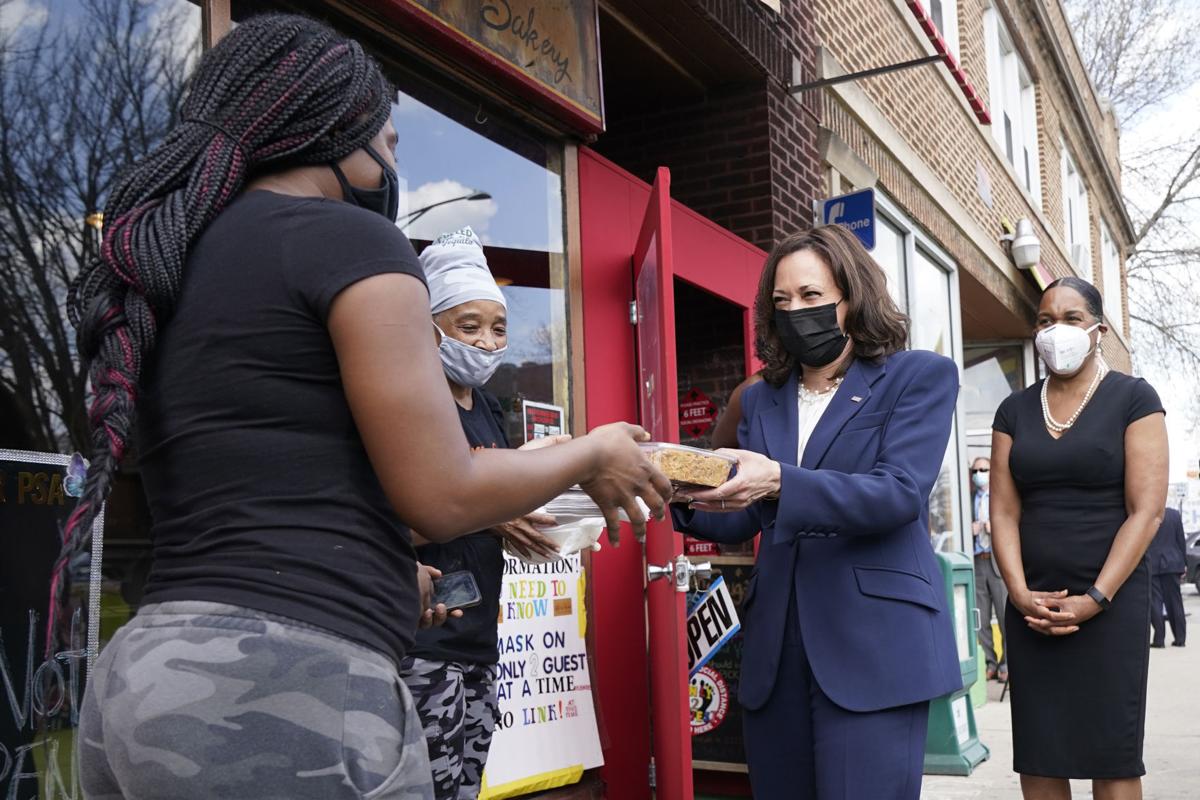 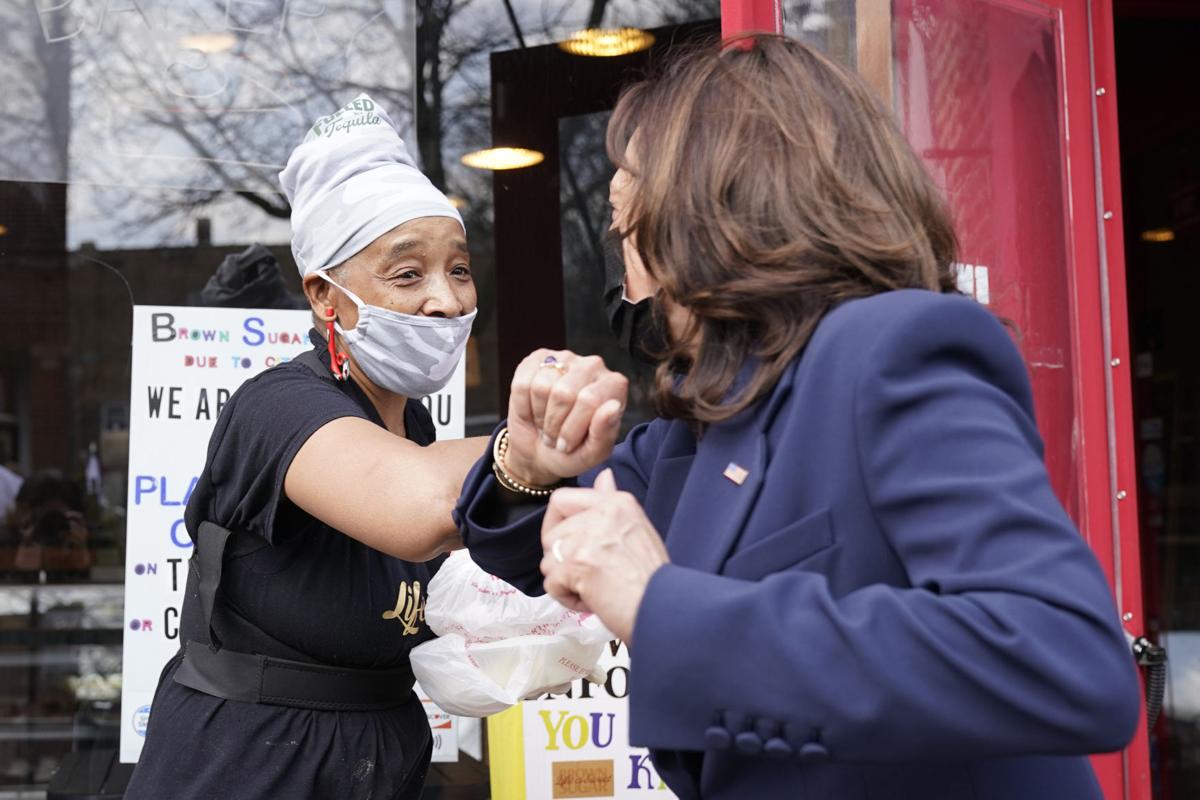 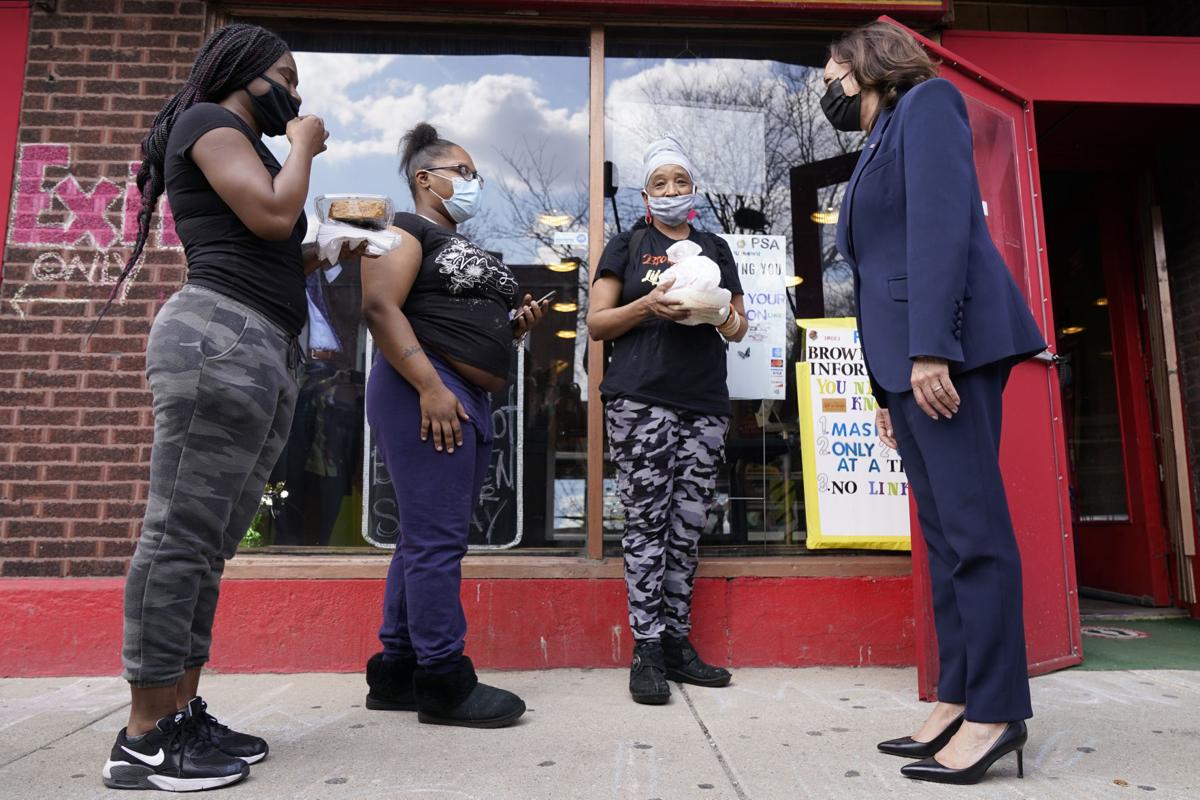 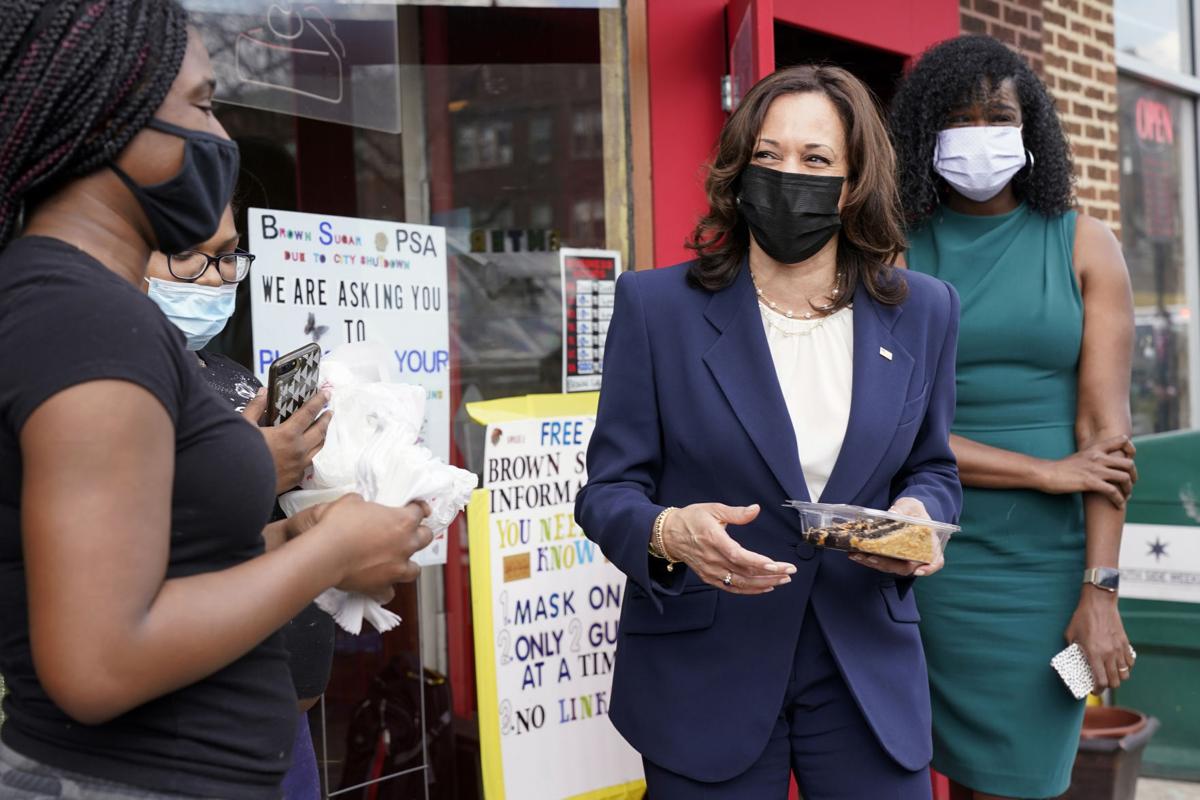 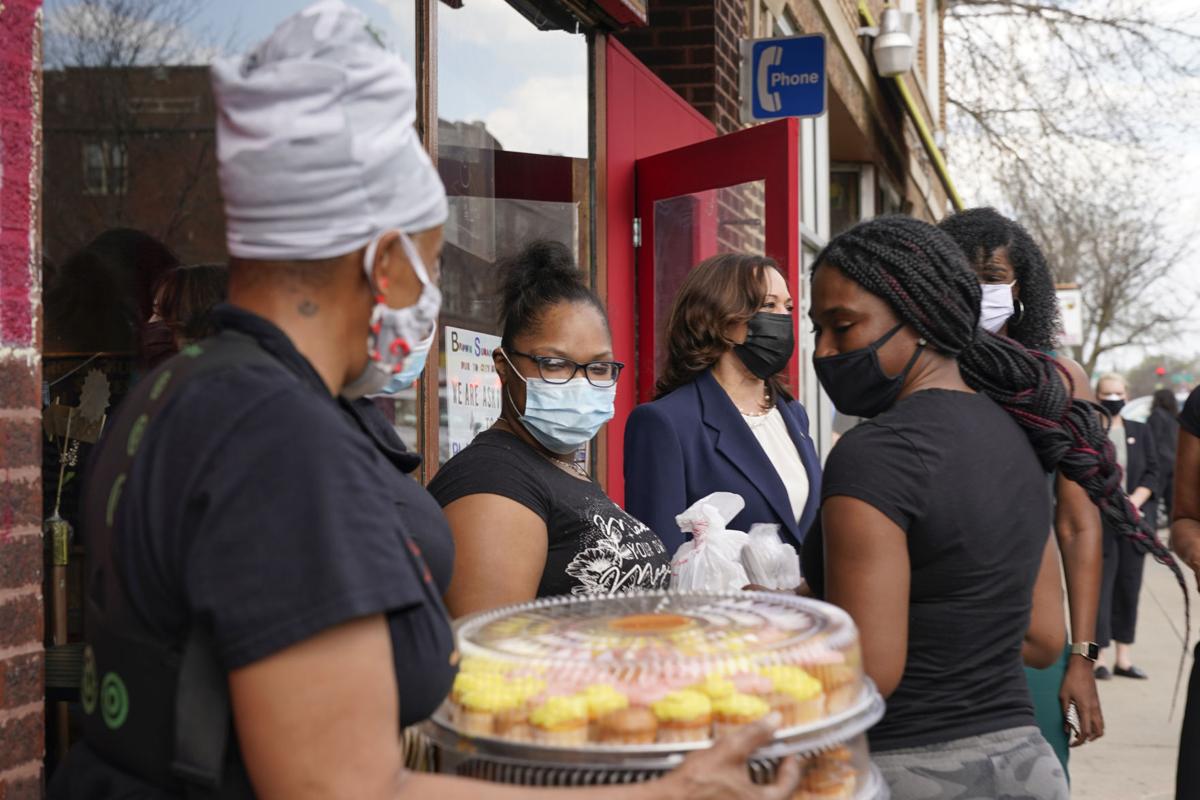 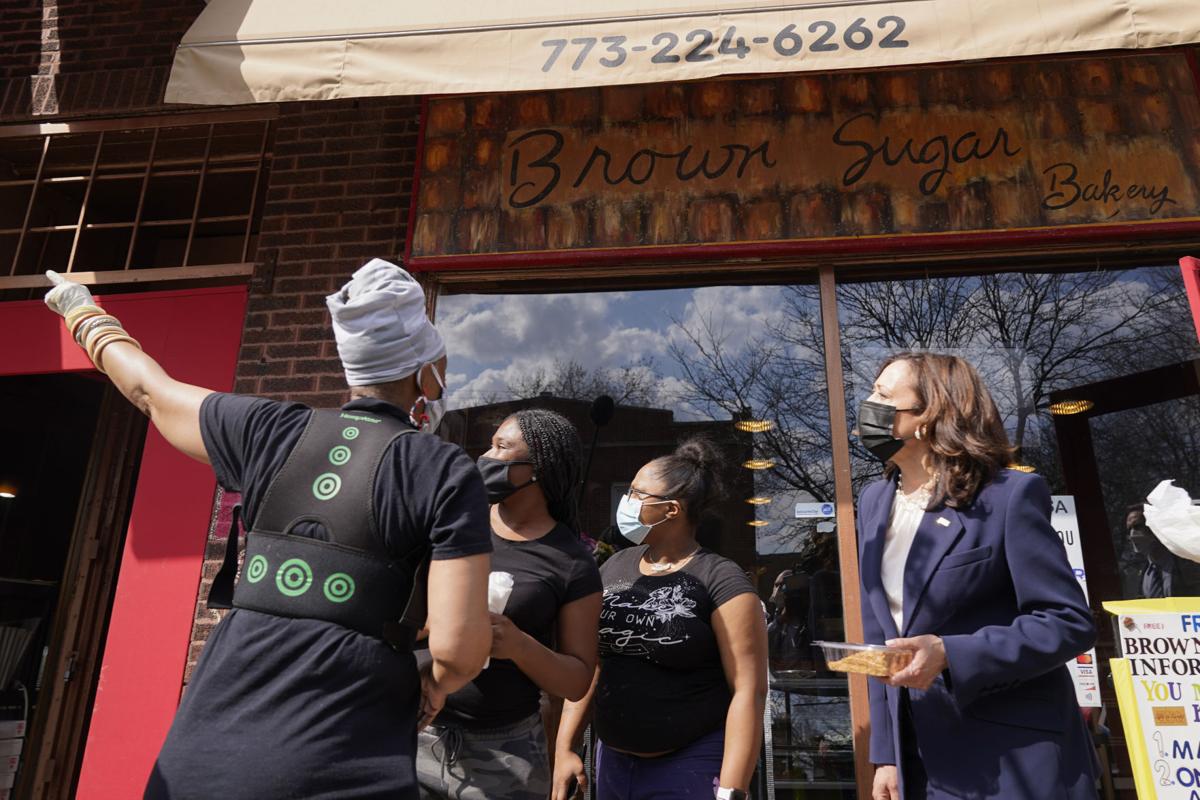 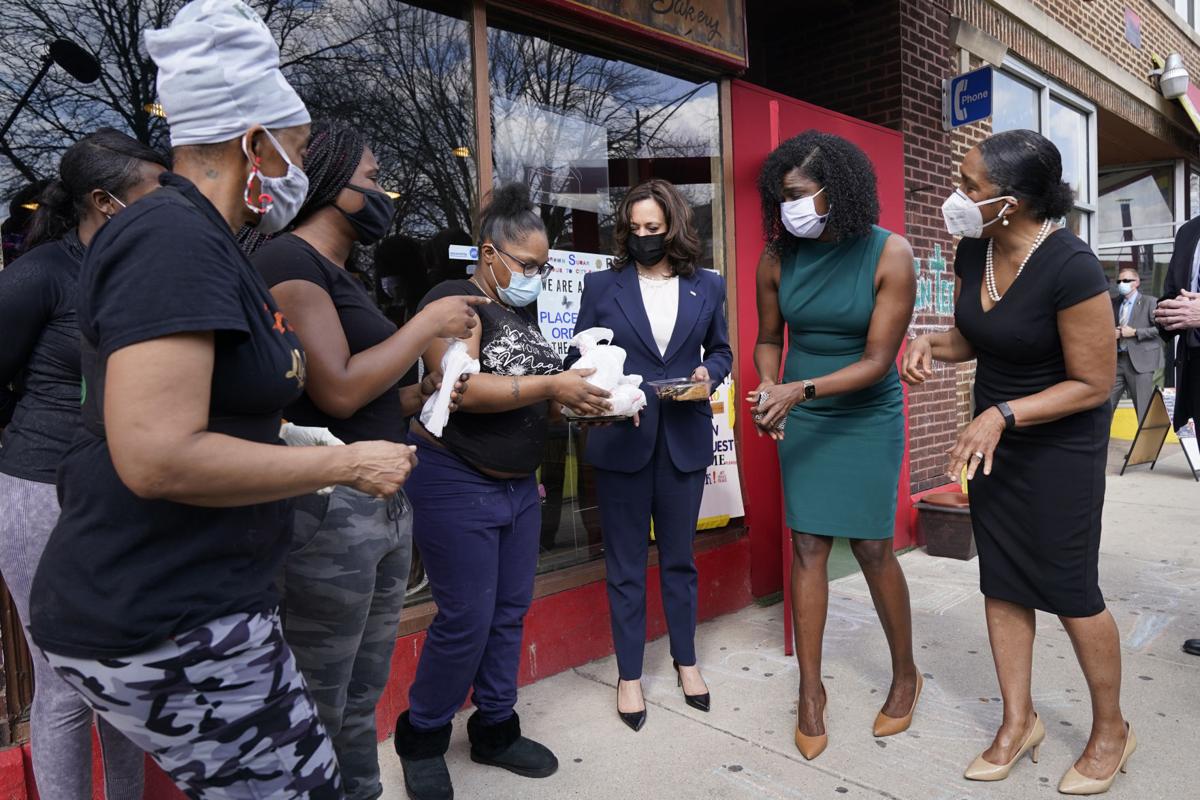 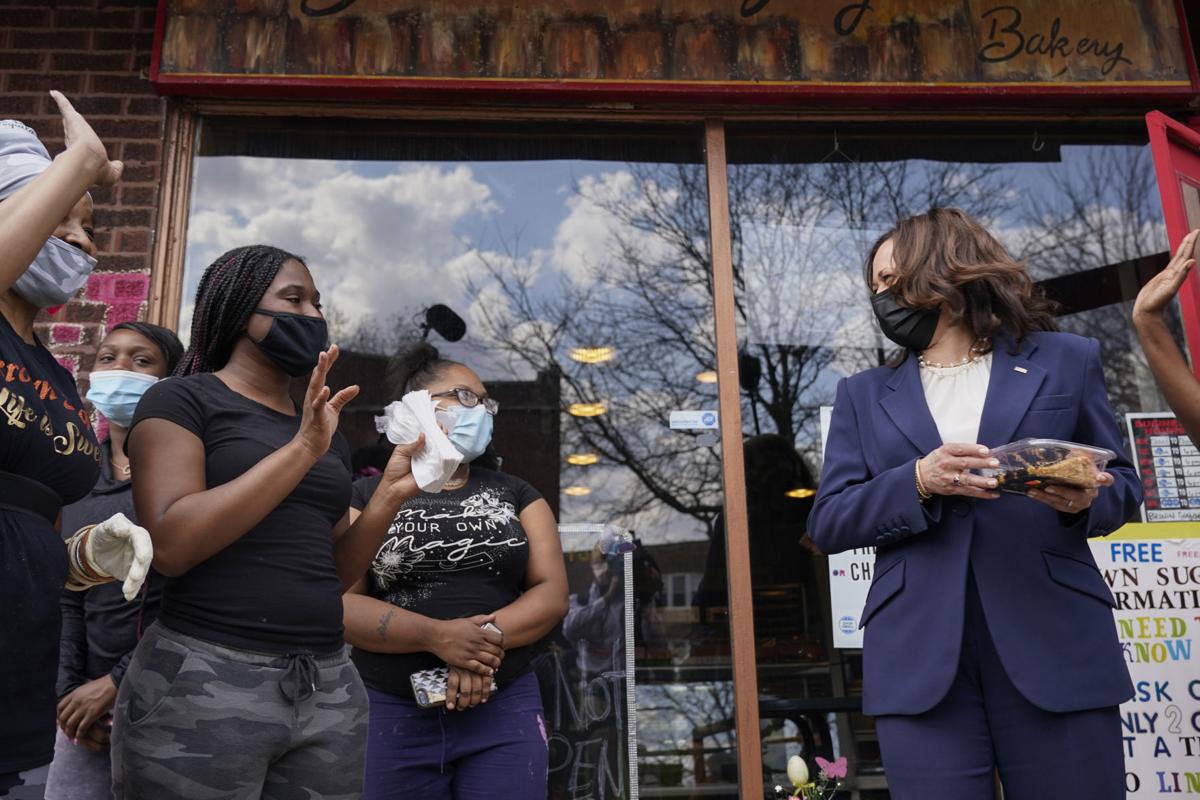 Cat is 'whiskered' away from Scottish polling station

Cat is 'whiskered' away from Scottish polling station 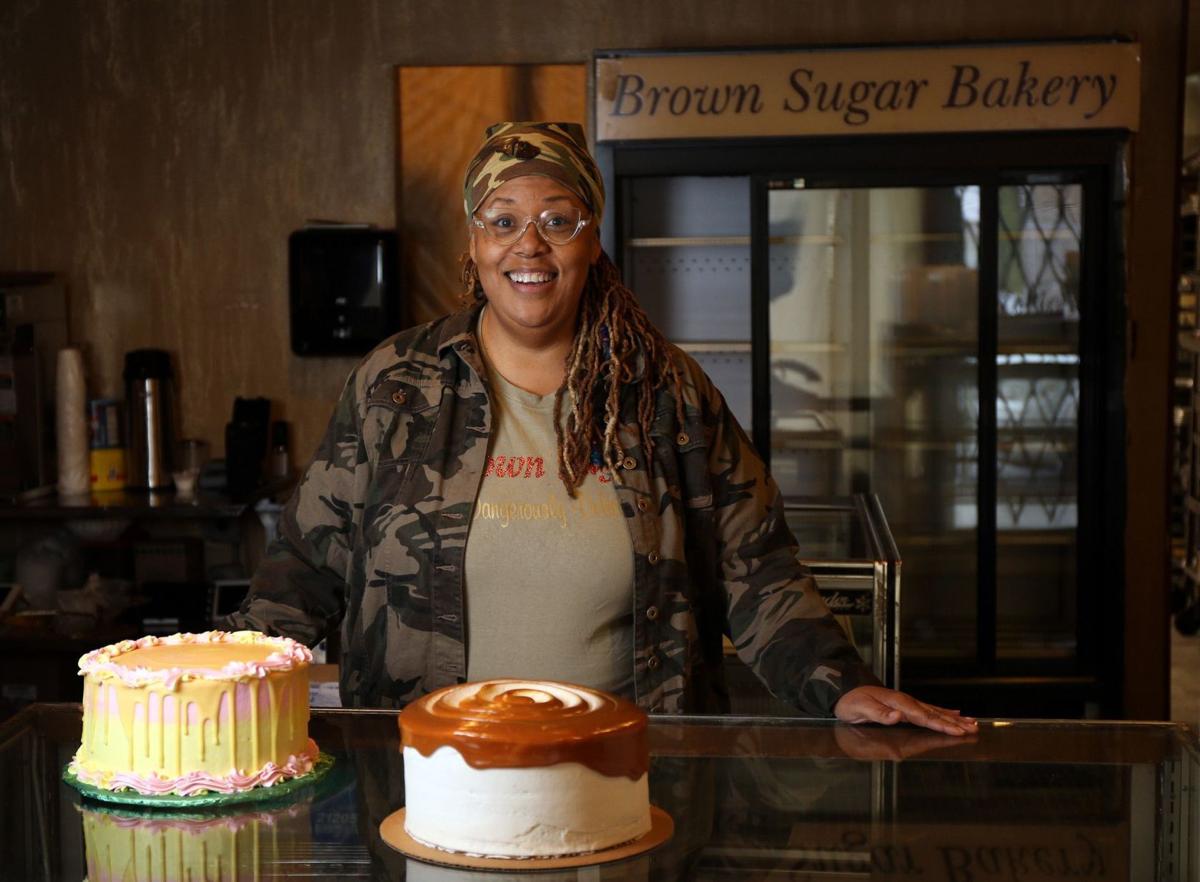 Chef and owner Stephanie Hart is seen in her shop, Brown Sugar Bakery, on East 75th Street in Chicago on April 29, 2020.