An expert the defense hopes to call in the Kyle Rittenhouse homicide case testified during a lengthy motion hearing Tuesday morning that he believes the Illinois teenager’s shooting of three people on Aug. 25, 2020, meets the statutory definition of self defense.

“I believe the actions comport with (the state statute),” Black said.

Near the end of his testimony, before the court broke midday and was due to resume testimony potentially deep into Tuesday afternoon, Black identified many more potential assailants that night than just the three people Rittenhouse shot during civil unrest in Kenosha following the police shooting of Jacob Blake on Aug. 23.

“There were many people,” Black said. “Their actions indicate potential aggression. We had the actual assailants who chose to interact with Mr. Rittenhouse and those with the potential to do so.”

Jury selection in the case is set for Nov. 1.

Black, a retired police officer of 23 years who holds two doctoral degrees, provided a 29-page report and broke down video footage, which, if he’s allowed to testify at trial, would be used to give jurors a frame-by-frame look at the events of that night.

In the shooting of Rosenbaum, the first man killed by Rittenhouse, Black said video evidence showed the defendant “handling his weapon in a safe manner, pointed down,” as objects were being thrown around him in the chaotic scene.

After shooting Rosenbaum, Rittenhouse later encountered Huber and Grosskreutz, and Black testified that it’s his opinion it was the actions of those men that set off what was to come.

Huber is seen on the video striking the teen with his skateboard after Rittenhouse fell to the ground.

“I would say that’s where it starts,” Black said.

Black also testified it’s reasonable that a person with a weapon would want to maintain that firearm under any circumstances.

“If they believe that person wants to do bodily harm, it would be a reasonable perception that (their attacker) would want to use it against me,” he said.

In the shooting of Grosskreutz, Black said the video shows him approach Rittenhouse at first with his hands up but then can be seen re-engaging. Grosskreutz, who was shot in the arm, had a gun in one hand.

“(Grosskreutz) closes distance with someone who has been wrestling over a firearm (with Huber),” Black said. “(Grosskreutz) would have been aware (a gun) has been discharged multiple times (before that).”

The state had been expected to introduce its own witness, and he was originally scheduled to testify later Tuesday, but that was was adjourned to Oct. 18.

In early arguments Tuesday, Binger said it’s his position that an expert on excessive force isn’t needed in a case that involves an ordinary system.

Those experts are regularly used in cases of police-involved shootings, but that meets a different standard, Binger said.

“This is not something that either party should have witnesses on,” he said. “The jury is capable of making an opinion.”

Binger said Black’s expertise would be useful in a police-involved shooting, but not in this one.

“This is not that type of a case,” he said. “... (The jury) will make a decision about what a reasonable person should have done. They have all the requisite information they should need.”

Richards said he didn’t seek out Black as an expert to speak on anything police-related.

“When Dr. Black testifies, he will testify he did this evaluation, not from a law enforcement standpoint, but from a citizen’s standpoint,” Richards said. “I wanted this to look at (the situation) through the eyes of a 17-year-old.”

Schroeder, who spoke before any ruling was made later in the afternoon, said he didn’t necessarily agree that Black’s expertise wouldn’t be useful to a jury.

“I definitely think there’s much value (to an expert), if it’s supported,” Schroeder said. “That could be useful to the jury in reaching their verdict of the case. What constitutes self-defense instructions will come from me, not somebody else. That’s the law.”

Prior to the testimony from Black, Schroeder denied a defense motion to dismiss a weapons charge against Rittenhouse — although he left the door open for a further ruling on the subject down the road.

Corey Chirafisi, one of Rittenhouse’s defense attorneys, told Schroeder the statute doesn’t apply to his client.

There is nothing in the statute that prohibits a 17-year-old from possessing a firearm, Chirafisi said, claiming the statute only prohibits minors from using a short-barreled rifle and that Rittenhouse used an AR-style semiautomatic rifle with a 16-inch barrel.

Binger countered that the statute is a “blanket prohibition” that prevents everyone younger than 18 from having a gun.

“This case is a perfect example of why we don’t want that happening, because two people died,” Binger said. “... The defendant wasn’t hunting deer, turkey, wild game. He didn’t have a certificate to do so. He wasn’t in compliance.”

Schroeder didn’t offer any ruling regarding a request by Binger to consider limiting video images and/or still photographs of witnesses during the trial. Binger said he had been approached by some witnesses, who stated they were concerned about protecting their anonymity. 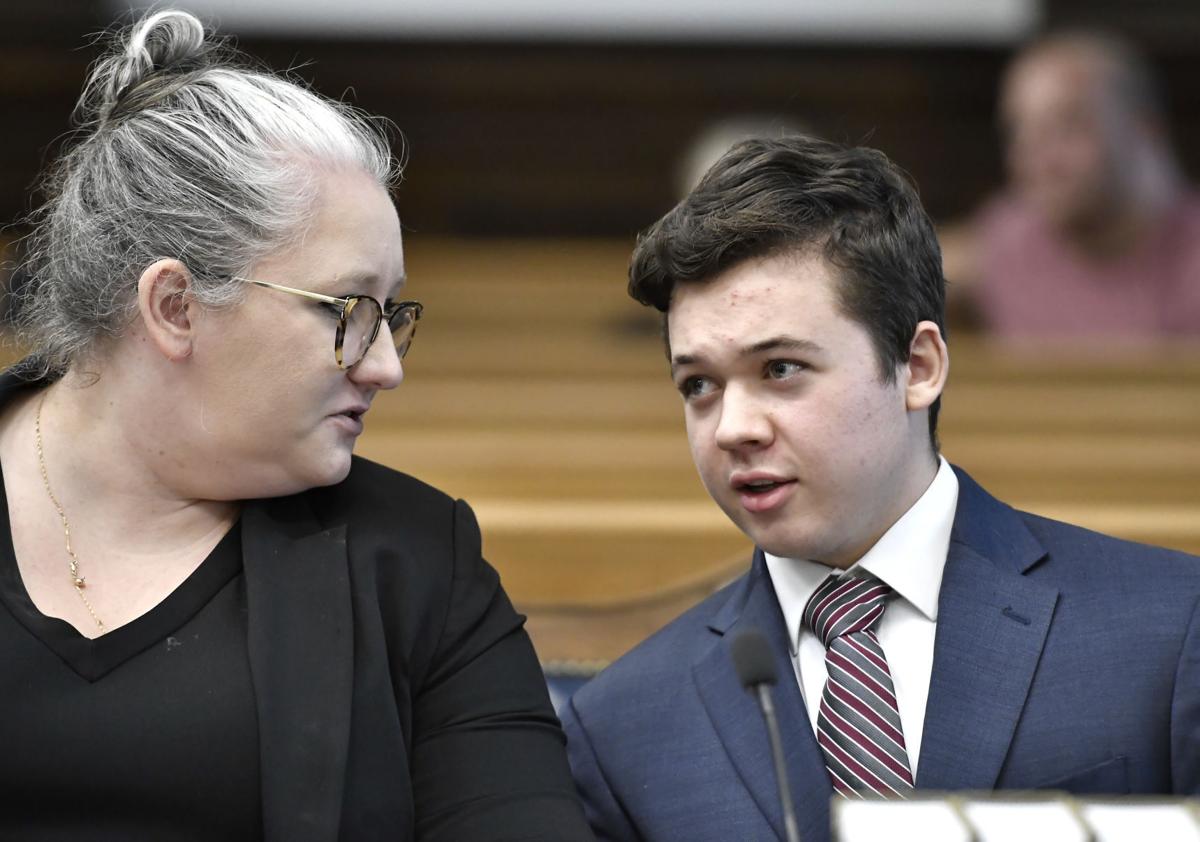 Kyle Rittenhouse speaks with one of his attorneys, Natalie Wisco, during a motion hearing in Kenosha on Tuesday. 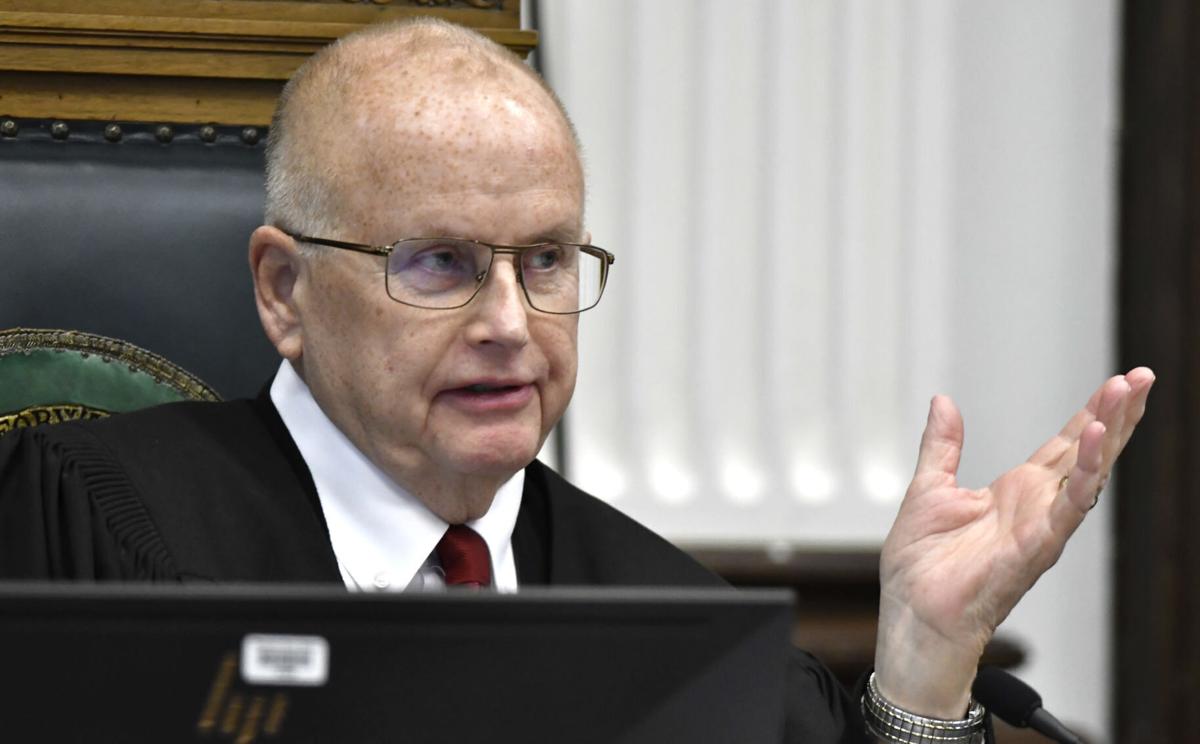 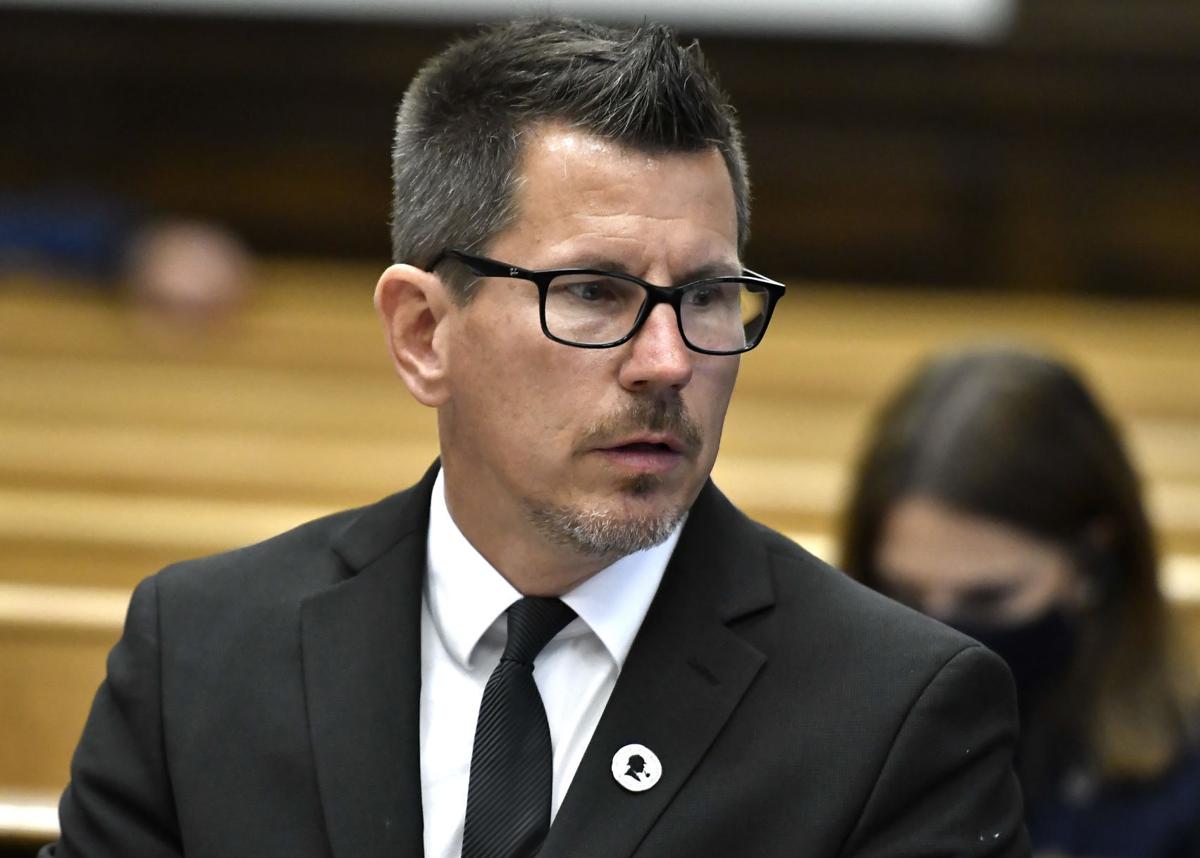 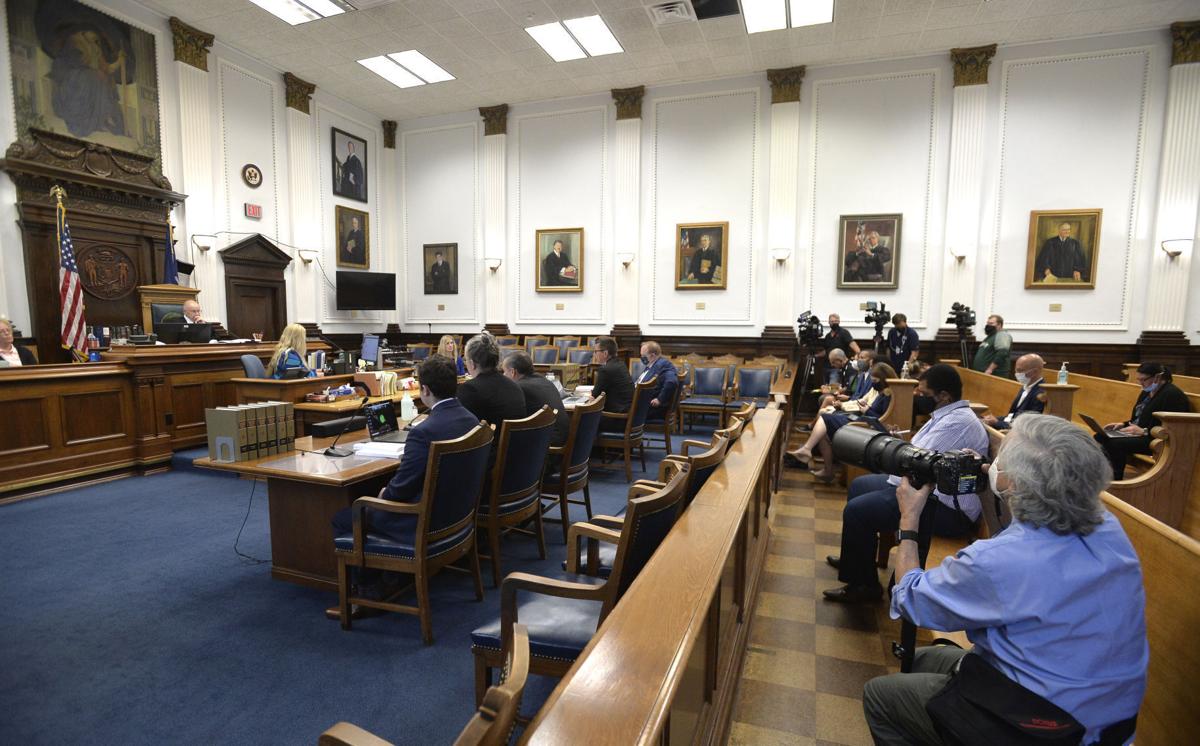 The gallery is filled with media during Kyle Rittenhouse's motion hearing at the Kenosha County Courthouse on Tuesday. 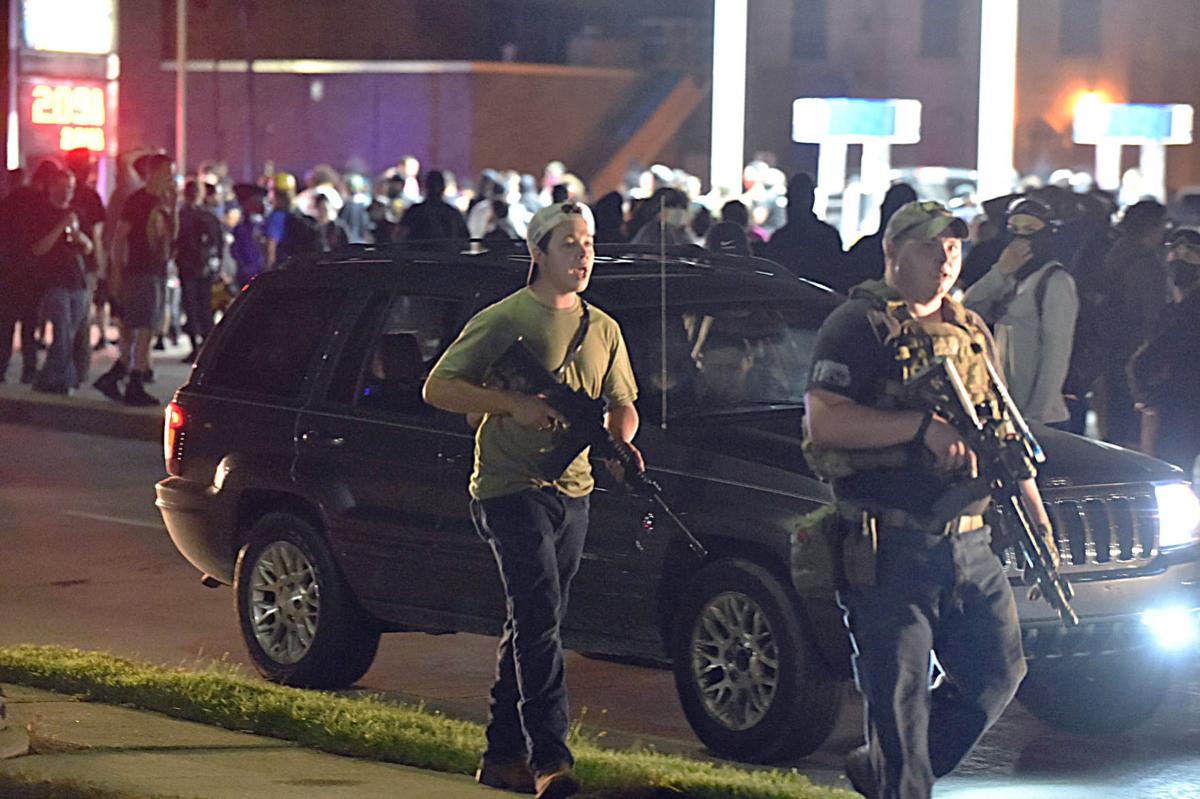 Kyle Rittenhouse, left, walks along Sheridan Road with another armed civilian on Aug. 25.