Biden to leave US troops in Afghanistan until Sept. 11, missing May 1 deadline

Families of John Dillinger, Indiana sheriff to watch as sheriff's stolen car is returned, 87 years later
0 comments
Share this
1 of 2 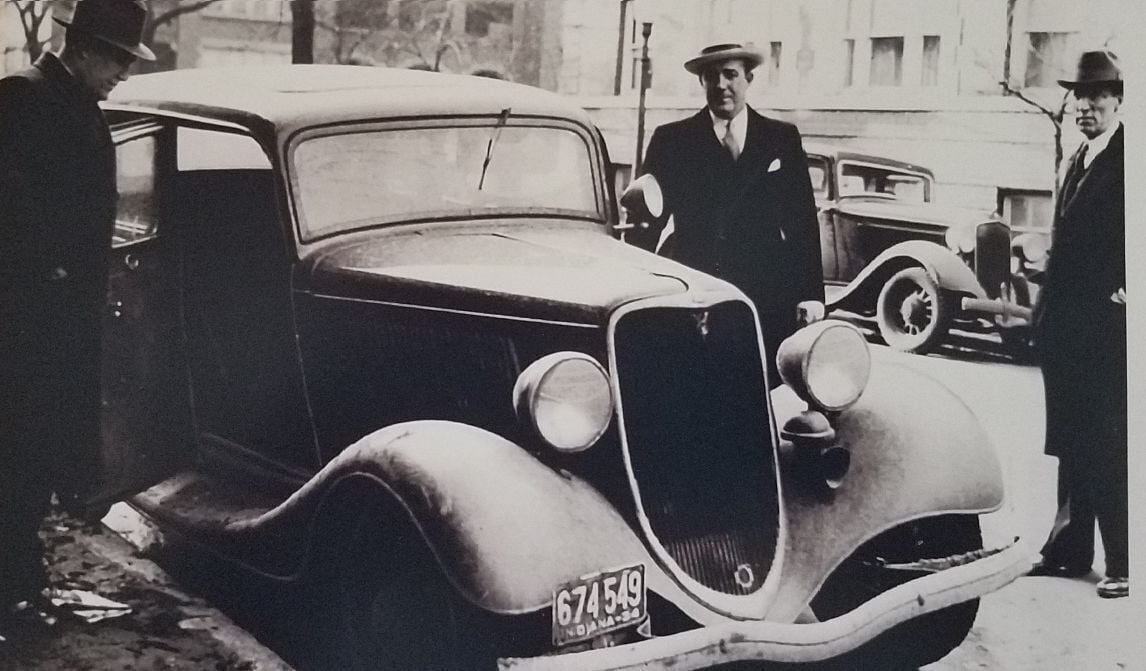 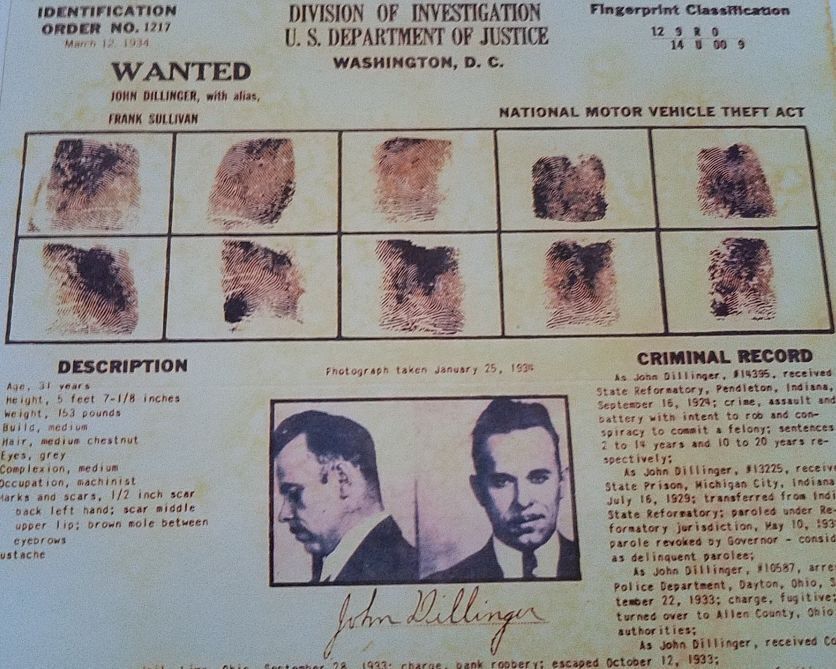 A wanted poster for bank robber John Dillinger after his infamous escape from the Crown Point Jail is shown.

CROWN POINT, Indiana — Relatives of John Dillinger and an Indiana sheriff will be on hand Saturday after the 1933 Ford V8 police car the infamous bank robber stole returns home for the first time in 87 years.

Thousands are expected to attend when Lake County Sheriff Lillian Holley's historic car returns to Old Sheriff's House and Jail at 226 S. Main St. in Crown Point, Indiana, after departing in a motorcade of Lake County Sheriff's Department police vehicles, including a helicopter, from the Lake County Government Center just up the road at 11 a.m. Saturday.

The Discovery Channel will film the festivities and reenact bank robberies while shooting scenes around Crown Point over the weekend and Monday for a show about Dillinger hosted by television star Josh Gates. Gates has appeared on and produced many shows on different stations, including "Expedition Unknown," "Legendary Locations, "Destination Truth," "Stranded," "Ghost Hunters," "Ghost Hunters International" and "Ghost Nation."

"For us, for me, it feels good the property that was taken is being returned to its rightful home," said Travis Thompson, who's been a police officer for 19 years, serving as a deputy sheriff, chief of police and federal officer. "It's a historic day for the car to be returned to its rightful place. It makes me proud that the property John used is coming back. It's so cool."

"This is a pretty big thing," Pace said. "The car is returning 87 years after one of the most famous escapes in history. This is making history."

In 1934, Dillinger was arrested for the murder of a Patrolman William Patrick O'Malley and infamously escaped from the allegedly impenetrable jail in Crown Point taking guards hostage with a wooden gun and then locking up all the guards in jail cell after stealing two submachine guns. The Old Sheriff's House and Jail will have an open house from 10 a.m. to 1 p.m. Saturday in which people can see the cell Dillinger was imprisoned in and follow the escape route he took, including when he went back into the jail to retrieve the keys for Holley’s police car that he ultimately abandoned in Chicago.

“If I ever see John Dillinger, I’ll shoot him dead with my own pistol,” Holley told Time Magazine.

A wooden gun will be displayed in the car, and a death mask of Dillinger from after FBI agents gunned him down at the Biograph Theater in Chicago also will be on display in the Old Sheriff's House and Jail Saturday. Pace is working to arrange for the exhibition of one of the Thompson submachine guns Dillinger stole from the Lake County Sheriff's Department.

The gift shop will display posters featuring a collage of newspaper headlines and other archival materials that were designed last year by Rita McConnachie, whose grandfather was a police detective who once had a run-in with Dillinger.

"It's a lot of my news clippings. It looks artsy," she said. "I've got a lot of Dillinger documents, old articles, fliers from the Biograph Theater and a whole mixture of historic stuff from my family."

Attendees at the open house Saturday will be able to see the gun O'Malley shot Dillinger with during the robbery of the First National Bank of East Chicago.

"He shot him four times, but he was wearing a bulletproof vest so he survived," Pace said.

Pace plans to deliver remarks after Sheriff Holley's car arrives at the Old Sheriff's House and Jail. His comments will be followed by a speech by Lake County Sheriff Oscar Martinez. Then the public can get an up-close look at the car Dillinger used to make his daring escape and check out the jail, which has been listed on the National Register of Historic Places since 1989.

Arizona resident and history buff Mark Love and the Old Sheriff's House Foundation in Crown Point tracked down the vehicle to Maine and are planning to display it permanently somewhere in Crown Point. Love assembled a 45-minute video with historic pictures, records and police footage featuring FBI Agent Melvin Purvis and Director J. Edgar Hoover that will be shown during the open house.

"It includes some footage that's never been seen by the public," Pace said. "It was archived and will be seen for the first time."

Sheriff Holley's car and a 1933 Essex Terraplane previously owned by the Dillinger Museum will be used for reenactments for the Discovery Channel show.

Pace acquired the Terraplane, believed to be one of Dillinger's cars, in a public auction after the Dillinger Museum moved from the Indiana Welcome Center in Hammond to the Old Courthouse in Crown Point, where it wouldn't fit.

"It's been fully restored but as I drove it away from the auction to steering wheel came off and dropped in my lap," he said.

The car was also used to film "Public Enemies" starring Johnny Depp in Crown Point, appearing early on in the Hollywood movie.

"It was a very fast car for the time with a top speed of 107 mph," Pace said. "Dillinger liked it because it had a lower profile and wasn't prone to rolling over if they had to make a lot of turns. Dillinger and his gang gravitated to the faster cars to get away, and it was the fastest car."

Saturday's event will be free, but there may be a charge in the future to see the car. Part of the proceeds would go to the Concerns of Police Survivors or C.O.P.S. nonprofit that takes care of the surviving members of fallen police officers.

"Mark Love, the owner of the car, wanted to bring it back to Crown Point to show respect to law enforcement," he said. "It's to recognize those individuals who protect our civil liberties and the families that have gone through the stress of losing a parent."

"Dillinger stealing the sheriff's car is the stuff of lore," he said. "It's the making of lore. Sometimes reality is stranger than fiction."

The most affordable states to buy a house in 2021

The most affordable states to buy a house in 2021

See a day in the life of Valparaiso Police Lt. John Patston in the 14th installment of Riding Shotgun with NWI Cops.

A wanted poster for bank robber John Dillinger after his infamous escape from the Crown Point Jail is shown.