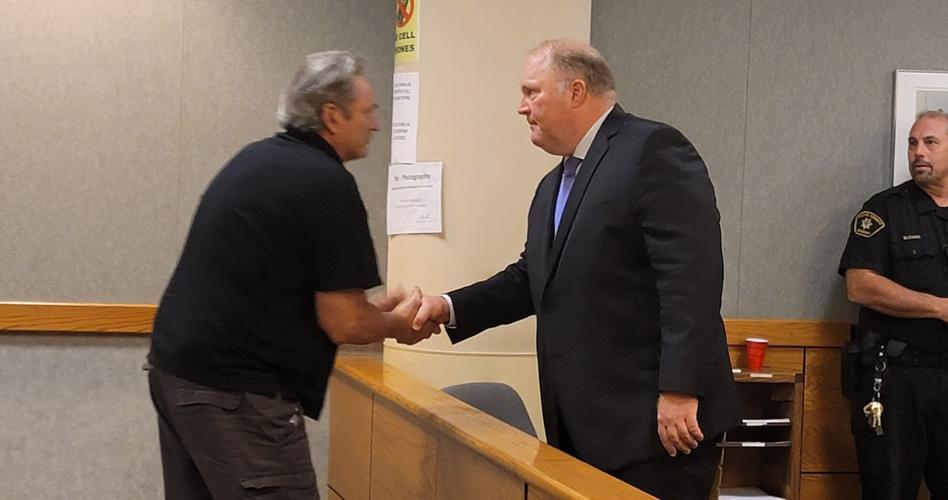 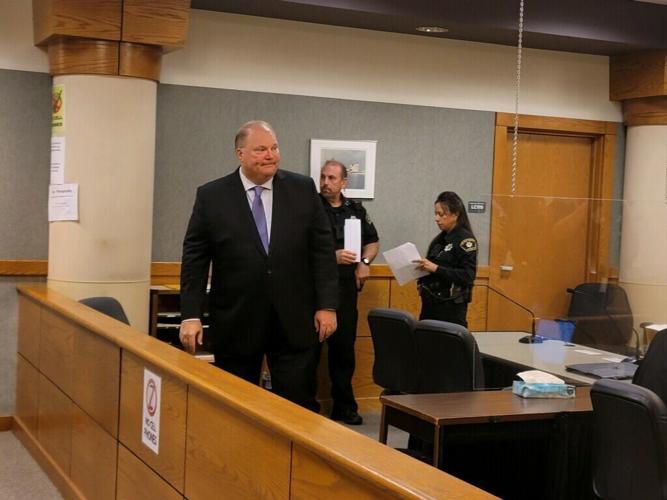 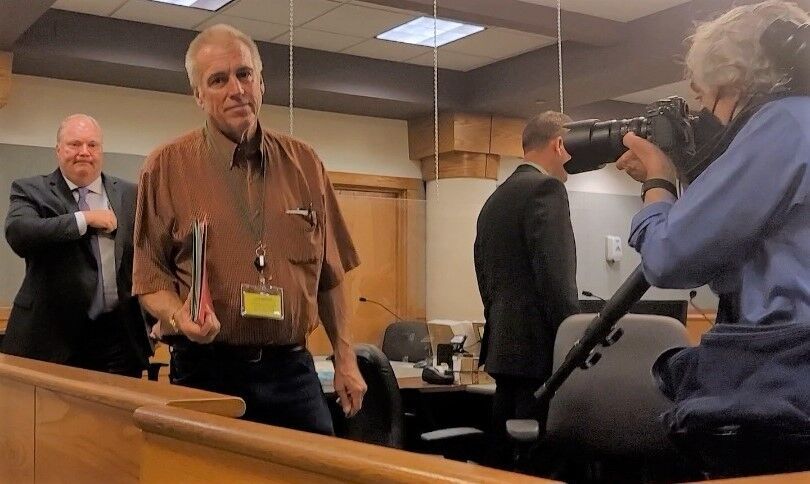 RACINE — The man accused of using the identities of two other people to obtain their absentee ballots was in Racine County Circuit Court on Monday with some high-profile legal counsel.

Michael Gableman is the former justice of the Wisconsin Supreme Court who was hired by Assembly Speaker Robin Vos last year to investigate alleged irregularities in the 2020 presidential election — a post he was fired from in mid-August. Gableman had endorsed the conservative challenger to Vos, Adam Steen, in a contentious Aug. 9 primary election that Vos narrowly won, after which Vos called Gableman “an embarrassment to the state.”

Despite claims to the contrary, Gableman found no evidence of widespread election fraud that could have swung the 2020 presidential election in Donald Trump's favor. Multiple recounts and studies have affirmed Joe Biden won Wisconsin by a margin of more than 20,000 votes in 2020.

Wait admitted he requested the absentee ballots of Mayor Cory Mason and Vos. He alleges his intent was not to commit a crime, but to show how easy it was to get someone else’s ballot.

Wait initially announced his intention to represent himself.

Gableman said he learned about the case on Saturday afternoon and that Wait was unrepresented, so he reached out to see if he could assist in the short term.

Gableman is now employed by the Chicago-based Thomas More Society, which bills itself as a nonprofit law firm “dedicated to restoring respect in law for life, family and religious liberty.”

On Monday, Gableman clarified that he has not been cleared by the Thomas More Society to represent Wait for the duration of the trial. Gableman said his role at Monday's hearing was limited to seeking a continuance in order to help Wait find legal counsel.

“I want to make sure all of his legal rights are safeguarded,” Gableman said.

Wait is president of the Racine-based HOT (Honest, Open and Transparent) Government group. Its website promotes narratives of election fraud and gives members advice for how they can “take back Wisconsin.”

Earlier this month, Gableman voiced similar sentiments at a dinner hosted by the Republican Party of Outagamie County, where he said a revolution was “the only way to keep an honest government,” the Milwaukee Journal Sentinel reported.

According to the criminal complaint, Wait used MyVote.wi.gov to request absentee ballots belonging to Mason and Vos on July 26. Mason's ballot was delivered to Wait’s address in the Town of Dover, but Vos' was never delivered.

As the two victims of the alleged crime, there is a protection order in place that prevents Wait from interacting with Mason and Vos. Wait previously objected to the order, but was unable to change Judge Robert Repischak's mind.

The Department of Justice announced on Sept. 1 that it would be pursuing criminal prosecution in the matter, more than a month after the allegations became public. Wait had sent an email to Racine County officials — including Vos and Mason themselves — admitting to what he did, sparking rebuke from Vos, a Republican, and Mason, a Democrat. Wait also uploaded videos of himself to the internet  using identifying information belonging to Mason and Vos to order the ballots.

The case has somewhat divided top Republicans seeking reelection. U.S. Sen. Ron Johnson repeatedly told members of the press "God bless the guy who had Robin’s name and birthday and requested a ballot to a different address" and thus exposed an alleged election "vulnerability," as it was described by the Racine County Sheriff's Office — an allegation denied by the Wisconsin Elections Commission.

Conversely, Vos said of Wait, in a statement to the Journal Sentinel: "His actions are sad. If election integrity means anything, it means we all have to follow the law — Republicans and Democrats alike."

Reporting from the Associated Press is included in this article.

Harder than it looks

Steen about to toss

“You don’t handle (anger) well,” Judge Jason Rossell told Jonathan T. Massey before he was escorted out. “You shot Officer Pruett because you were angry. ... You have no ability to control your anger.”

The pastor of Agape Love Christian Ministries has been charged with one count of repeated sexual assault of a child after a 16-year-old told their teacher of inappropriate touching.

A judge on Friday sentenced a North Fond du Lac man accused of setting multiple fires and storing child pornography on his phone to 25 years in prison.

The Kenosha County DA said “all indications are that this homeowner defended himself against attack in his own home, when his own home had been illegally entered.”

A La Crosse man was arrested after hitting a woman and swinging a hammer in her direction, authorities reported.

Firefighters from four counties and the Wisconsin Air National Guard were called to respond to a large fire near Interstate 94 Tuesday night.

'A long 40 years of wondering' is over: Sister of Racine woman murdered 40 years ago reacts to verdict

The man who 40 years ago in Colorado murdered Bobbie Jo Oberholtzer, a Racine native, is going to prison. Probably for the rest of his life.

The man convicted in the 1981 murder and sexual assault of Susan Erickson in Onalaska is now living there after being paroled.

Two people are dead and two others were transported to a local hospital following a shooting outside the Las Margaritas bar Sunday, authorities said.