CALEDONIA — When Andrea Beaugrand-Jorgensen was diagnosed with colon cancer in February at the age of 39, there were things she did not have, chiefly health insurance.

Working part-time, she did not have $800/month to buy into her employer’s benefits package. Later, when she became too sick to work, she would not have a paycheck to support herself and her 12-year-old daughter.

However, as is typical of people who are genuine and kind, she was rich in people who loved her.

A committee of friends and family was formed to support her, even though most of them didn’t know each other beforehand.

There was Alissa Malacara, who could not remember a time when she did not know Beaugrand-Jorgensen because their mothers were best friends.

There was Karen Rasmussen, who mentored Beaugrand-Jorgensen when she first became a hair dresser and remained a dear friend.

There was Terra Petro, who doesn’t cry — unless she’s talking about her cousin’s illness.

These women and many others came together to support Beaugrand-Jorgensen, her daughter and family.

They call the committee Andrea’s Angels.

“We’re definitely friends for life now,” Malacara said. “We all love her and we’re rallying for her.”

Go to gofund.me/86f0314a to donate to support Andrea Beaugrand-Jorgensen as she battles terminal colon cancer or to learn more about her journey.

Beaugrand-Jorgensen’s friends and family did not want to just talk about supporting her. They wanted to do something really meaningful to ease her situation.

The first effort, a GoFundMe page, was launched in late February by Malacara. It has raised more than $23,000 as of this week.

Then Malacara decided to throw a benefit event.

“It was all just a little idea one day,” Malacara said.

The committee met every Sunday at Rasmussen’s business, The Main Credentials salon, 309 Main St., Racine, for months until the little idea became a large event held at Fountain Hall in Sturtevant on June 6 with two live bands, a DJ, face painting, cookie decorating, a bake sale and raffle baskets.

The committee members could not say enough about the generosity of the community, who donated food, gift certificates and more than 200 gift baskets that could be raffled off.

Businesses, friends, family and even people they had never met demonstrated an amazing benevolence in taking the benefit from just an idea to a success that raised $24,800.

Andrea Beaugrand-Jorgensen at a recent rummage sale hosted by Andrea's Angels, the committee working to support her during her battle with Sta…

The third event was a large yard sale held on Saturday that raised $3,068.

With all three fundraisers they raised $51,728.

Malacara said the money is not just for Beaugrand-Jorgensen’s most immediate needs, but to ensure she has money to create memories with her daughter, such as an upcoming trip to Disney World.

For her part, it would ease Beaugrand-Jorgensen’s mind if there were money tucked away in a trust account for her daughter’s future.

Cancers of the colon and rectum, frequently referred to as colorectal cancer, are still relatively rare in people younger than 50. But it is quickly becoming the deadliest cancer for people under age 50.

According to the National Institutes of Health-National Cancer Institute, colorectal cancer is the deadliest for men and the third-deadliest for women, behind breast and lung cancer, in adults ages 20-49.

Worse, these rates are climbing — doubling since the 1990s, even as rates among those older than 50 decrease, due primarily to early screening.

The recommended age for colorectal cancer screening has been lowered from 50 to 45.

Beaugrand-Jorgensen had just turned 39 years old when she was diagnosed.

Andrea's Angels are selling T-shirts to help raise money for their friend who has stage four colon cancer.

The woman who found it difficult to be the center of attention, at yet another benefit thrown on her behalf Saturday in Caledonia, agreed to share her story not to draw attention to herself — but to the realities of cancer in young adults, particularly the rise of colon cancer.

In the early stages of the disease, the patient may experience no symptoms.

According to the NIH-NCI, the early symptoms could include a change in bowel habits that may include diarrhea or constipation. There could also be blood in the person’s stool or constant abdominal pain.

For Beaugrand-Jorgensen, the first symptom was vomiting, on occasion, which she attributed to stress. The second symptom was an extended stomach that grew and grew until she began to look pregnant. Then came the pain.

That is when she pursued medical attention.

“I had seen Andrea the week before, and she looked fine,” Malacara said. “When she sent me the picture a week later of her extended stomach, it was crazy it happened so fast.”

Then came the bad news: colon cancer, stage 4. More bad news: the cancer had metastasized from her colon to her liver, stomach lining, and hip bone. Then the worst news: Her condition was terminal.

Despite the devastating news, Beaugrand-Jorgensen works to stay positive.

She is keeping a journal for her daughter and writes letters to her for special occasions, such as a high school graduation, just in case she is not there to say what she wants to say in person.

She plans to try applying to Medicaid again and will pursue local programs that help people with terminal illnesses.

She also plans to continue to raise awareness of cancer in young adults and to encourage people to go to the doctor earlier rather than later.

Beaugrand-Jorgensen continues to live by her motto, the one she turned into a tattoo when she was 30: “Dream as if you’ll live forever and live as if you only have today “

Her friends and family continue to work on her behalf, adopting the motto on the T-shirts they’re selling that read: “Her Fight is Our Fight: Andrea Strong.”

Racine police have issued an Amber Alert for help locating a 23-year-old mother and her four children, who have not been in contact with family or friends since Monday afternoon.

Housing by the numbers: 11 charts that show the state of the real estate market in Madison

How have home sales changed over time? Which ZIP codes are the hotspots for buyers and sellers? Find out with these charts and maps, updated weekly. 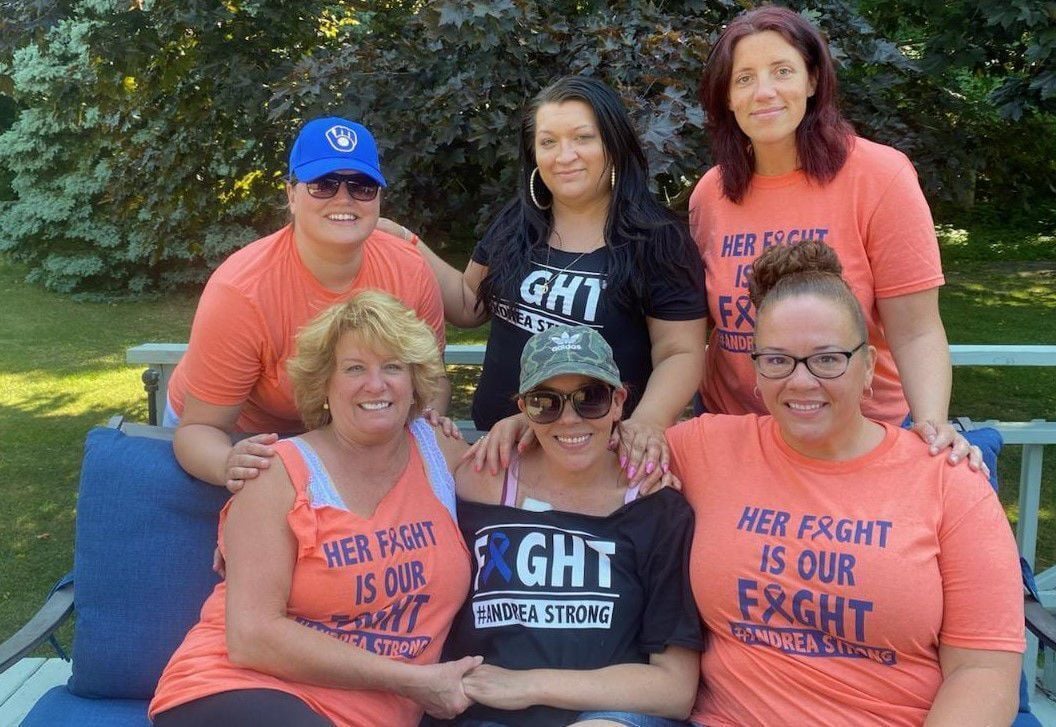 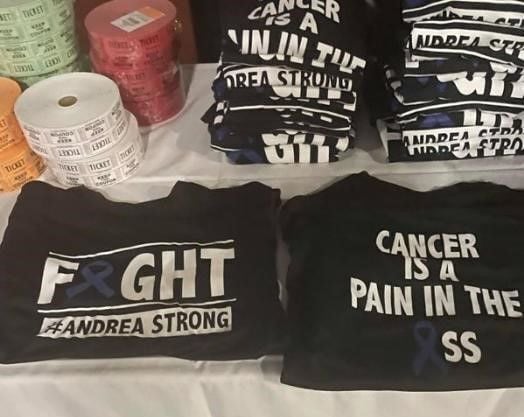 Andrea's Angels are selling T-shirts to help raise money for their friend who has stage four colon cancer. 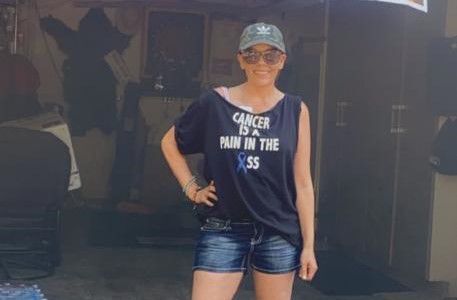 Andrea Beaugrand-Jorgensen at a recent rummage sale hosted by Andrea's Angels, the committee working to support her during her battle with Stage 4 colon cancer.