Eight years after he graduated from the U.S. Military Academy at West Point, Geoffrey Easterling remains astonished by the Confederate history still memorialized on the storied academy's campus – the six-foot-tall painting of Confederate Gen. Robert E. Lee in the library, the barracks dormitory named for Lee and the Lee Gate on Lee Road.

As a Black student at the Army academy, he remembers feeling "devastated" when a classmate pointed out the slave also depicted in the Lee painting. "How did the only Black person who got on a wall in this entire humongous school — how is it a slave?" he recalls thinking.

As a diversity admissions officer, he later traveled the country recruiting students to West Point from underrepresented communities. "It was so hard to tell people like, 'Yeah, you can trust the military,' and then their kids Google and go 'Why is there a barracks named after Lee?'" he said.

The nation's military academies provide a key pipeline into the leadership of the armed services and, for the better part of the last decade, they have welcomed more racially diverse students each year. But beyond blanket anti-discrimination policies, these federally funded institutions volunteer little about how they screen for extremist or hateful behavior, or address the racial slights that some graduates of color say they faced daily.

In an Associated Press story earlier this year, current and former enlistees and officers in nearly every branch of the armed services described a deep-rooted culture of racism and discrimination that stubbornly festers, despite repeated efforts to eradicate it. Less attention has been paid to the premiere institutions that produce a significant portion of the services' officer corps – the academies of the U.S. Army, the U.S. Navy, the U.S. Air Force, the U.S. Coast Guard and U.S. Merchant Marine.

Some graduates of color from the nation's top military schools who endured what they describe as a hostile environment are left questioning the military maxim that all service members wearing the same uniform are equal.

That includes Carlton Shelley II, who was recruited to play football for West Point from his Sarasota, Florida, high school and entered the academy in 2009. On the field, he described the team as "a brotherhood," where his skin color didn't matter. But off the field, he said, he and other Black classmates too often were treated like the stereotype of the angry Black man.

Some students of color have spotlighted what they see as systemic discrimination at the academies by creating Instagram accounts — "Black at West Point," "Black at USAFA" and "Black at USNA" — to relate their personal experiences.

In response to the AP's findings, a spokesman for the Department of Defense, Maj. Charlie Dietz, said the academies make it a policy to offer equal opportunities regardless of race, color, national origin, religion, sex, gender identity or sexual orientation. He said the DOD formed a team in April to advance progress on diversity, equity and inclusion across the entire department, including the academies.

The latest annual defense spending bill mandated that the Defense Department survey all its military properties for references or symbols that potentially commemorate the Confederacy, including at West Point, which the commission overseeing the work picked as its first site to visit earlier this year. But the deadline to act on any recommendations is still more than two years away.

Following the murder of George Floyd in 2020, which sparked global protests, a group of West Point alums released a 40-page letter urging the academy to address "major failures" in combatting intolerance and racism, adding "we hold fast to the hope that our Alma Mater will take the necessary steps to champion the values it espouses."

Shelley said the academy has significant work to do to retain and support students of color. In his class, he estimated about 35 Black students graduated — "some crazy low number," he said. "And we started with a lot more."

West Point did not respond to repeated requests for comment, beyond reiterating the importance of diversity to its admissions process.

The academies are a growing pathway to officer status for Black cadets, 2019 data from the Under Secretary of Defense shows, with about 13% of Black active-duty officers commissioned through the five institutions, compared to 19% of white active-duty officers.

Most students who enroll — about 60-70% — are nominated by U.S. senators or representatives from their home states as part of a system created in the 1840s to build a geographically diverse officer corps. But today, the country's changed demographics mean the system gives disproportionate influence to rural congressional districts that tend to be whiter.

Only 6% of nominations to the Army, Air Force and Naval academies made by the current members of Congress went to Black candidates, even though 15% of the population aged 18 to 24 is Black, according to a March report by the Connecticut Veterans' Legal Center. Eight percent of congressional nominations went to Hispanic students, though they make up 22% of young adults, the report said.

The diversity of nominations has improved slightly in the past 25 years, but the report noted that 49 Congress members did not nominate a single Black student while in office and 31 nominated no Hispanic candidates.

Teen becomes youngest woman to fly solo around the world

Teen becomes youngest woman to fly solo around the world

Biden to give away 400 million N95 masks starting next week; plus more top news

Things to know today: Here's how to get free N95 masks starting next week; U.S. steps up aid to Ukraine; NAACP award nominations. Get caught up.

The boyfriend of slain cross-country traveler Gabby Petito admitted killing her in a notebook discovered near his body in a Florida swamp, the FBI said.

Three studies released Friday offered more evidence that COVID-19 vaccines are standing up to the omicron variant, at least among people who received booster shots.

Meat Loaf, 'Bat Out of Hell' rock superstar, dies at 74

Meat Loaf, whose "Bat Out of Hell" album is one of the all time bestsellers, has died at age 74.

U. of Michigan reaches $490M settlement over sexual abuse by former sports doctor

The University of Michigan has agreed to a $490 million settlement with hundreds of people who say they were sexually assaulted by a former sports doctor at the school.

A reporter for a West Virginia television station was filming a live shot when a car unexpectedly hit her. She got up and finished her report anyway.

A long-awaited report on sexual abuse in a German diocese faulted retired Pope Benedict XVI's handling of four cases when he was archbishop in the 1970s and 1980s.

“We have been at this for two years, we were the first to give vaccines to the masses, we have done more than 300,000 and we are not even at 50% pathetic,” the email read. 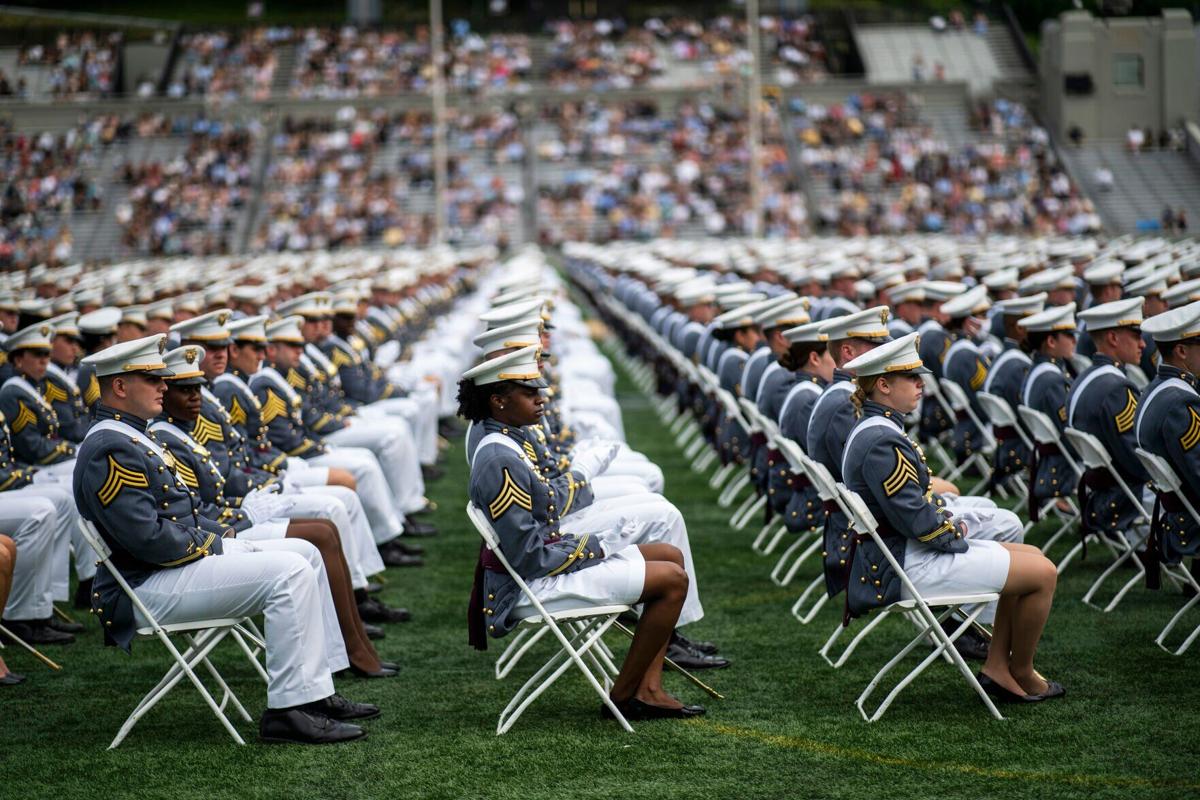 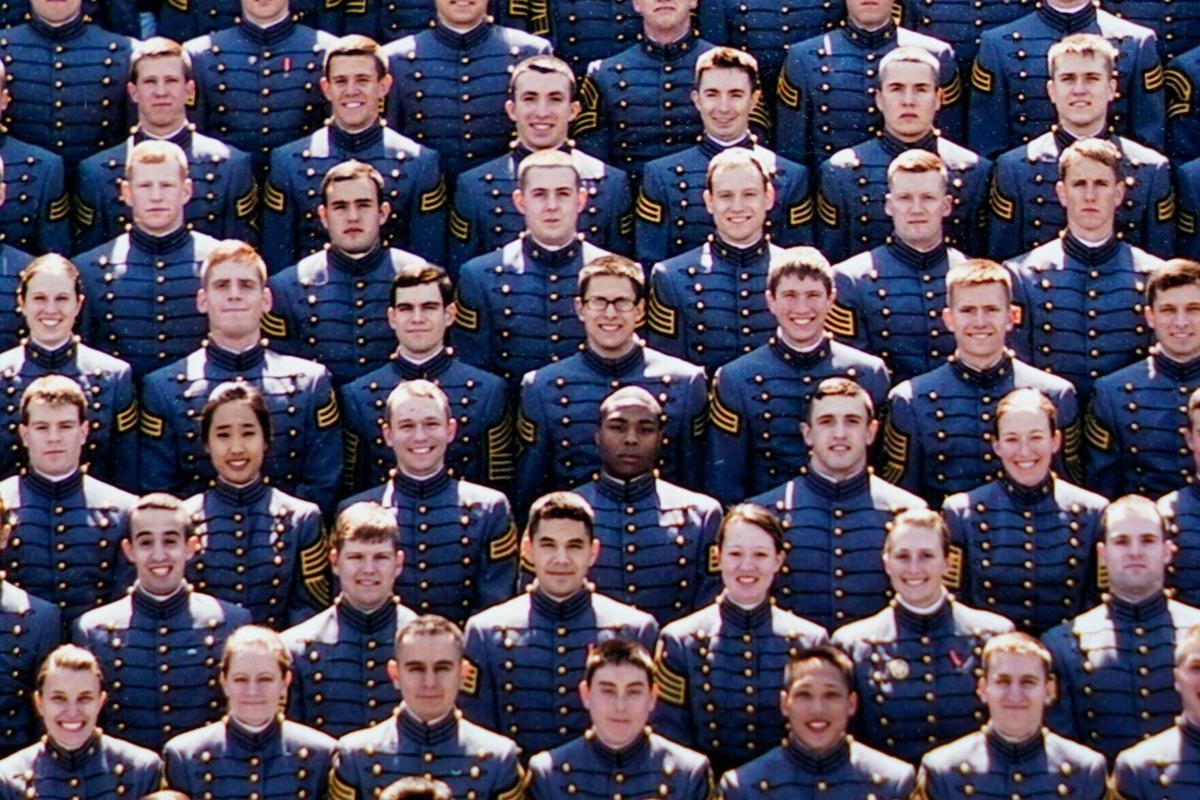 Carlton Shelley II, center, is seen in this photo of the graduating class of 2013 at the U.S. Military Academy at West Point, N.Y.