Comicbook.com reports that M&M Mars has decided to temporarily retire its "spokescandies" following backlash over some minor brand changes in the past year.

NEW YORK — Mars says it's pausing using its trademark M&M's spokescandies and has enlisted actor and comedian Maya Rudolph to star in its marketing efforts, including its Super Bowl ad campaign.

The news comes three weeks before M&Ms is set to return to the Super Bowl with an ad after sitting it out last year. Mars hasn't disclosed any other creative details about the ad.

The Super Bowl is advertising’s biggest stage, with big-name brands pulling out all the stops and paying millions for a 30-second ad in an effort to capture the attention of the more than 100 million viewers who watch the game live. Many spend millions more on marketing campaigns leading up to the big event.

Last year, Mars revamped the M&M candies — which are featured in red, green, orange, yellow, brown and blue — to give them more nuanced personalities. The green M&M ditched high-heeled boots in favor of sneakers and the brown candy opted for lower heels instead of stilettos. Some fans weren't happy about the changes and took to social media to complain.

In a posting widely shared on social media on Monday, Mars said it was taking an “indefinite” pause on using the spokescandies.

“Now we get it — even a candy's shoes can be polarizing,” the statement said. “Which was the last thing M&M's wanted since we're all about bringing people together.”

Mars didn't say how long the pause would be for. Some likened the news to a publicity stunt that Planters tried in 2020 when it announced it was “killing off” its beloved spokescharacter Mr. Peanut ahead of the game.

“M&Ms announcing that they’re getting rid of long-standing and (mostly) beloved mascots because of peer pressure is newsworthy,” said Steve Merino, chief creative director at ad agency Aloysius Butler & Clark. "That being said, many brands use their Super Bowl moment as a chance to pull a publicity stunt. Remember when Planters faked getting rid of Mr. Peanut? We’ll see if this is real, or just a thin candy shell.”

In Planters case, the ruse did not go seamlessly. Planters teased its Super Bowl ad nearly two weeks before the game, releasing a teaser that showed its Mr. Peanut mascot seemingly being killed. But when Kobe Bryant was killed in a helicopter crash, the marketing stunt suddenly seemed insensitive, so Planters paused its pre-game advertising. The actual Super Bowl ad was relatively inoffensive, with a baby Mr. Peanut appearing at the funeral. Planters is also returning to the Super Bowl this year for the first time since 2020, with an ad featuring Mr. Peanut.

The Super Bowl LVII will take place Feb. 12 at State Farm Stadium in Glendale, Arizona, and will be broadcast on Fox.

Game day wouldn’t be complete without wings. This buffalo wing recipe from Fufu’s Kitchen is packed with flavor thanks to a two-step seasoning process that involves coating the wings in a dry rub before drenching them in buffalo sauce.

These aren’t your freezer aisle jalapeno poppers. You can eat these with your pinky up. These vegetarian-friendly jalapeno poppers from Cookie and Kate are filled with herbed cream cheese and topped with a little golden cheddar to balance the spice of the pepper.

Queso fundido is the party appetizer that makes everyone want to grab seconds. This recipe from Chili Pepper Madness has a kick from the spicy chorizo and a little crunch from cooked poblano peppers and onions. Top it with homemade salsa and avocado, and serve it hot with your favorite chips.

If you need a vegan appetizer on the table that everyone will enjoy, try this corn chip fried pickle recipe from Turnip Vegan. Serving it with the homemade Louisiana hot sauce aioli is a must.

Can a football watch party have too many dips? (The answer, obviously, is no.) This cheesy, creamy spinach artichoke dip from Robust Recipes is hiding a secret: It’s healthier than traditional recipes. White beans blended into the sauce and Greek yogurt to replace half of the cream cheese make this dip just as flavorful but a little lighter.

These plant-based onion rings from From My Bowl are healthy enough that you can fill up your plate. Instead of frying in oil, this air-fryer recipe is oil-free and gets its crispiness from panko bread crumbs.

A post shared by From My Bowl | by Caitlin S (@frommybowl)

If you’ve never made mozzarella sticks at home, you’re in for a treat. Frozen mozzarella sticks don’t compare. This recipe from Tip Hero is baked instead of fried, so you won’t need to deal with messy oil cleanup.

Need more fresh produce at your game day party? This mango guacamole recipe from Maple & Thyme is a quick and easy way to add balance. The sweet mango makes this guacamole feel lighter and more refreshing.

These classic stuffed mushrooms from Simply Recipes are the perfect bite-size appetizer for football season. They’re vegetarian-friendly and easy to make vegan by skipping the Parmesan. You also can prepare them a day ahead and pop them in the oven before the game.

Cowboy caviar has been around for a long time, but it definitely had a viral moment in 2022. Loaded with fresh produce and beans, cowboy caviar is a versatile plant-based snack that can be eaten as a salad or with tortilla chips as a salsa. Try this recipe from Her Wholesome Kitchen, but feel free to add your own herbs or extra ingredients. There’s plenty of room to play around with this recipe.

With the holiday season rapidly approaching, football season underway, and this year looking a little more normal than last, it’s time to star…

This week's recipe roundup features appetizers, dips and wings that are great for game day parties or just a regular weeknight meal.

Comicbook.com reports that M&M Mars has decided to temporarily retire its "spokescandies" following backlash over some minor brand changes… 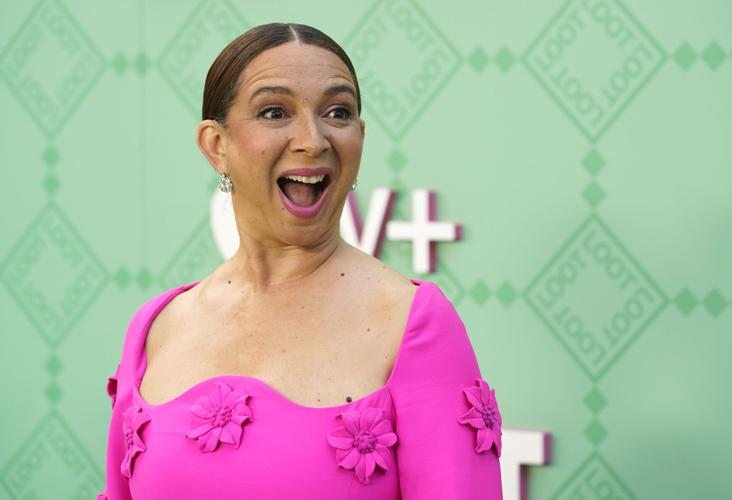 Maya Rudolph arrives at the premiere of "Loot" on June 15, 2022, at the DGA Theatre in Los Angeles. Mars says it enlisted Rudolph to star in its marketing efforts. 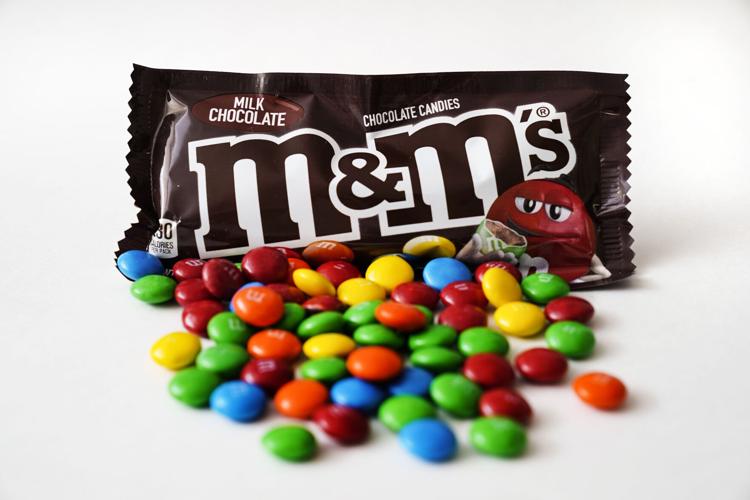 Candy maker Mars says it’s pausing the use of its trademark M&M’s spokescandies and has enlisted actor and comedian Maya Rudolph to star in its marketing efforts. M&M said Monday that the changes they made last year were so polarizing that they "have decided to take an indefinite pause from the spokescandies."